The first human born on Mars travels to Earth for the first time, experiencing the wonders of the planet through fresh eyes. He embarks on an adventure with a street smart girl to discover how he came to be.

From the director of Hannah Montana: The Movie (2009) and the writer of Collateral Beauty (2016), comes this mishmash of bad science and YA romantic schmaltz, starring two talented young actors who can’t seem to turn their “breaks” into breakthroughs: Asa Butterfield (Hugo, Ender’s Game, Miss Peregrine’s Home for Peculiar Children) and Britt Robertson (Dan in Real Life, Scream 4, Tomorrowland). I wish them well, but The Space Between Us does little to advance their fledgling careers, failing to recoup even half its $30 million budget earlier this year.

It doesn’t help that the premise has a great hook (if distance is the ultimate “obstacle” to love, how’s 40 million miles sound?), until you give it more than a passing thought. NASA astronaut Sarah Elliot (Janet Montgomery) commands a crew to colonise Mars, only to get morning sickness during the journey there. Uh-oh. She later dies after giving birth on the Martian surface, to the dismay of project leader Nathaniel Shepard (Gary Oldman) back on Earth, and her baby boy’s raised in secret to avoid bad PR. 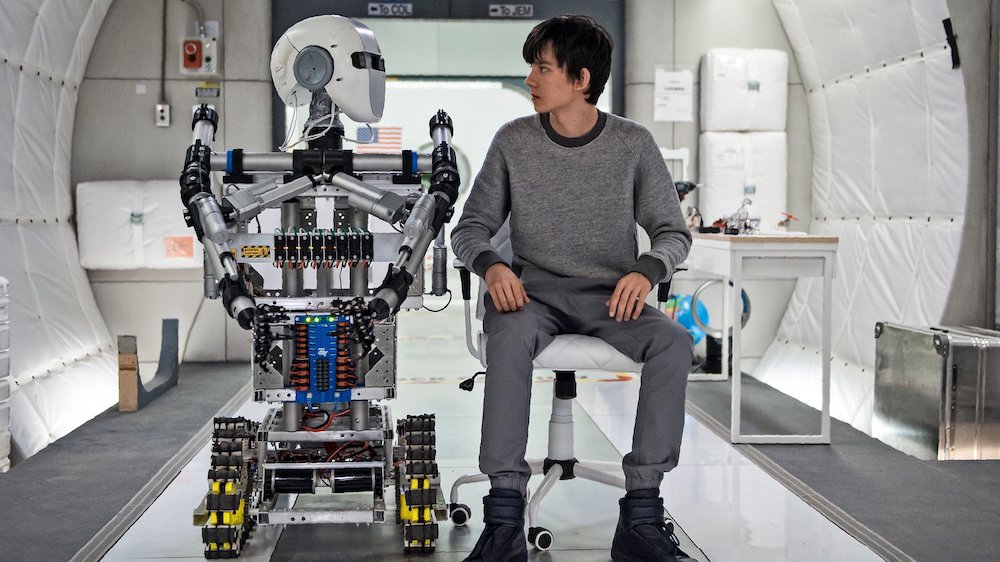 The Space Between Us was gestating in Hollywood for a long time, starting life in 1999 as a screenplay called Mainland (the main difference being the boy was raised on the moon instead of Mars). It seems the post-Twilight surge in popularity for teen romances with genre twists got this script into serious development, although post-Divergent it’s now arrived a few years too late. My guess is the studio thought the success of The Martian (2015) would have more of a bearing on how this was received by younger fans of that Ridley Scott drama. But it seems they got cold feet when the finished product came back, as it was due to be released in summer 2016, but got pushed back to early February 2017 (a notorious death slot in the US, thanks to Super Bowl weekend). 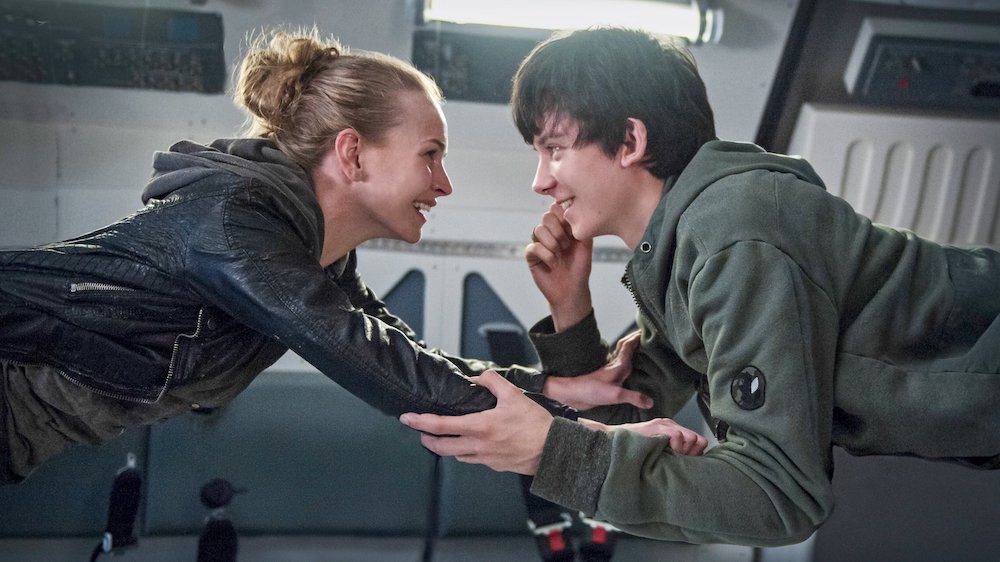 This one of those movies that flirts with being utterly terrible, which it often is, but it’s also charming enough to (kind of) work. That’s if you’re okay with movies that smother everything with schmaltz and utilise scripts that feel workshopped to death by a hack. There are visuals and lines of dialogue that come signposted for lame pay-offs in the third act, and most people should be able to predict the broad strokes of where this story’s headed. It’s The Martian in reverse, with a touch of Starman and The Fault in Our Stars.

What disappointed me about The Space Between Us is that it makes two fundamental storytelling mistakes. We spend almost an hour with Gardner living on Mars, and yet it doesn’t feel like a big deal when he’s sent to Earth for the first time. Nor does it seem a particularly incredible thing that he’s suddenly arrived on, from his perspective, an “alien world”. I can’t remember any other film where a normal teenage boy is essentially “the alien” of the story, so it’s frustrating Gardner’s uniqueness only extends to walking funny thanks to Earth’s heavier gravity, and being socially awkward. 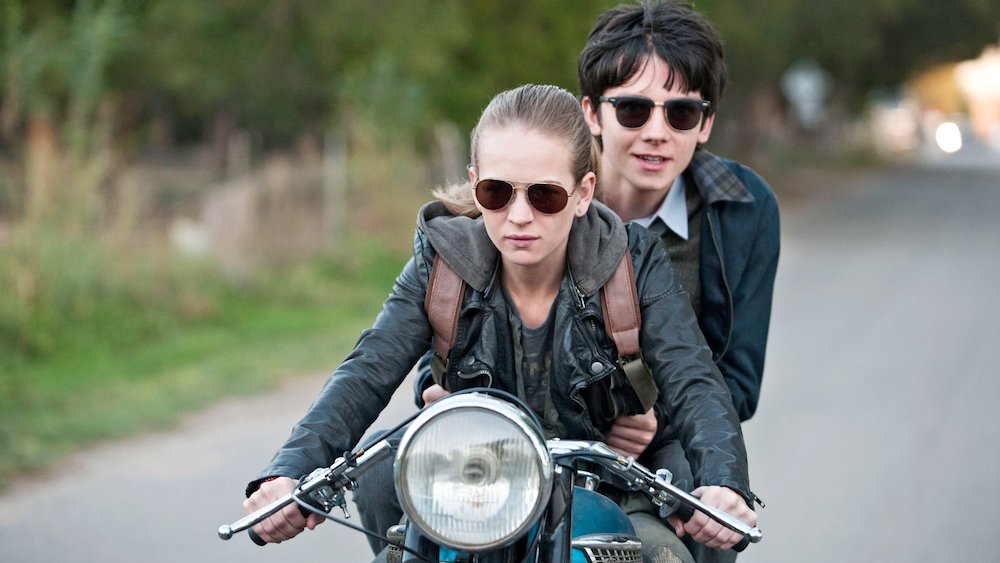 More of a problem is that Tulsa’s a thinly drawn character, introduced as Gardner’s internet crush without giving us any backstory about how they even met online, or why they seem to like one another. We later discern that Tulsa’s a foster child who gets bullied at school, so probably understands Gardner’s own isolation, but it never rings true or feels earned.

And yet, for a romantic sci-fi movie aimed at teens who might enjoy a good love story about kids their age, the characters here are very coy about their feelings and intentions. I sometimes forgot Gardner and Tulsa are supposed to be part of an “interplanetary romance”, as they generally come across more like pen pals who decided to meet up. Maybe this is due to the fact there’s a seven-year age gap between the actors playing these roles? Or they just didn’t have much onscreen chemistry together, so the vibe of the movie fell into a ‘friend-zone’ the director couldn’t shake off? It just seemed like the real thrust of the story wasn’t boy-meets-girl, but boy-finds-father, as Gardner immediately wants Tulsa’s help finding his biological dad… and it’s that quest that fuels the story once we’re on Earth. 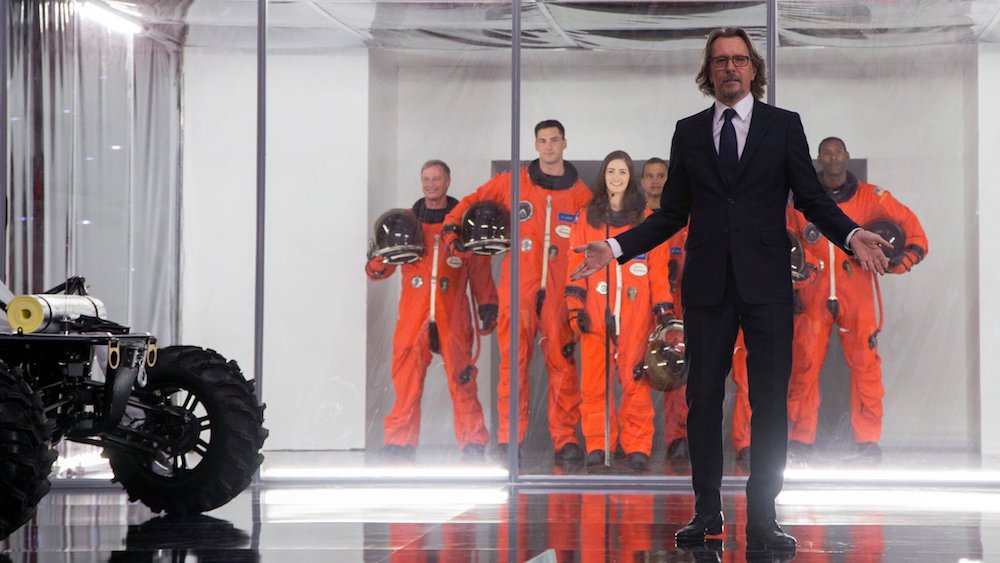 The music by Andrew Lockington (City of Ember, San Andreas) is one of the movie’s few undoubted highlights, as the tunes give the movie a grander classical feeling than it deserves. The soundtrack reminded me of Return to Witch Mountain in a strange way I can’t put my finger on, or perhaps just that kind of 1980s live-action Disney movie aimed at kids.

It’s just a shame so much about The Space Between Us feels so silly, and some of the science seems quite laughable or falsified to nudge the plot along. Gary Oldman also puts in a trite performance for an easy paycheque, not helped by having to play opposite Carla Gugino (playing an astronaut ‘mother figure’ to Gardner) while chasing the love birds around the US by helicopter. It’s all a bit forced and unconvincing.

But while there’s a lot to pick fault at, there are a handful of moments that work, and it’s a pleasant enough experience at times. It’s just much too long at 121-minutes, but I was interested to see if there was a “happily ever after”, or a wrenching twist, and if the movie would surprise me. It doesn’t have much faith in its audience’s intelligence or ability to make narrative connections themselves, however. This made me consider the possibility The Space Between Us is actually aimed at a slightly younger audiences than I believed it was — maybe 12-year-olds, not 17-year-olds? That may explain the wholesome tone and a tendency to shy away from crafting a deep, believable, and emotive romance.

Written By
Dan Owen
More from Dan Owen
Two couples rent a vacation home for what should be a celebratory...
Read More