If you’re going to entrust any director with the task of delivering a gripping film about loneliness in the vast emptiness of space, surely you go with Ridley Scott. His 1979 masterpiece Alien carried the famous tagline “in space no one can hear you scream”; he’s got a knack for creating unusual, distinctive sci-fi worlds; and his films often manage to strike the right balance between blockbuster entertainment and critical prestige. These traits make him the perfect man for The Martian; an enormously satisfying experience, as the film takes what seems like a desperate situation and creates a story that’s hopeful, inspiring, and thrilling in equal measure.

Based on Andy Weir’s 2011 novel of the same name, adapted for the screen by Drew Goddard (The Cabin in the Woods, World War Z), The Martian follows the experiences of astronaut botanist Mark Watney (Matt Damon), after he’s presumed dead during an evacuation of Mars. Injured and stranded millions of miles from home, Watney must learn to survive in very harsh conditions on the Red Planet’s surface, whilst attempting to contact NASA in the hope of eventual rescue. 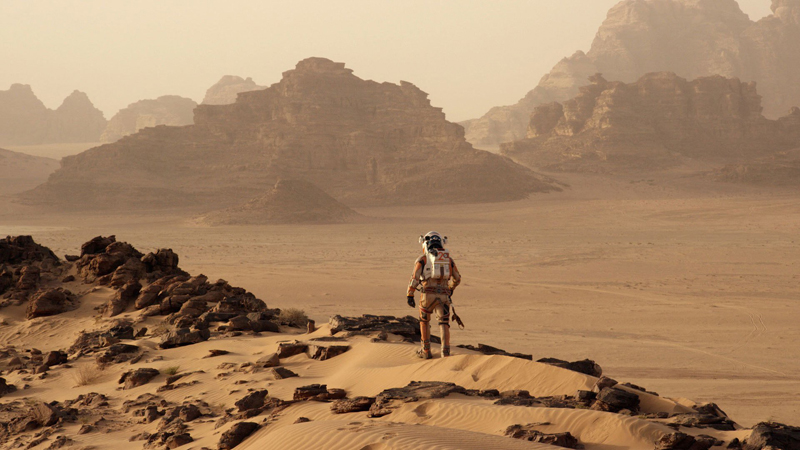 Scott’s film delivers emotion, spectacle, and humour in spades. It’s tremendously entertaining and exactly what most people want from a trip to the cinema. I haven’t read Weir’s best-selling book, but I suspect most of its core attributes are preserved. There are big ideas here, but it wisely limits its scope by focusing on the central character’s perspective. One of the most engaging ways the film tells its story is through the recorded videos that Watney leaves as a diary: those are where a lot of his character’s personality shines through, and it’s important to note that he’s rarely downbeat or even sad about his awful predicament. This isn’t a depressing film, and Damon does an excellent job portraying the ingenious astronaut… who’s an interesting balance of attributes we rarely see: a charismatic but sarcastic pragmatist with amazing scientific skills and a healthy can-do attitude.

Damon isn’t the only actor in this film, however, as the story features an extensive array of supporting players; both within his team making their journey back to Earth, and various global scientists trying to come up with a way to save the man left behind. These include Jessica Chastain, Kate Mara, Sebastian Stan, Aksel Hennie, and Michael Peña (last seen stealing scenes in Ant-Man) as Watney’s fellow astronauts; and Jeff Daniels, Kristen Wiig, Sean Bean, Chiwetel Ejiofor, Donald Glover, and Benedict Wong as employees of NASA and other organisations working hard on a daring rescue plan.

One of the most admirable things about The Martian is how it’s not designed to make you despair about Watney’s situation; instead, it’s about making you respect his intelligence, delight in his inventiveness, and latch onto the extraordinary efforts everybody makes to save him. Perhaps a little idealistically, NASA’s shown to be an organisation willing to pursue any and every option when it comes to getting him back. 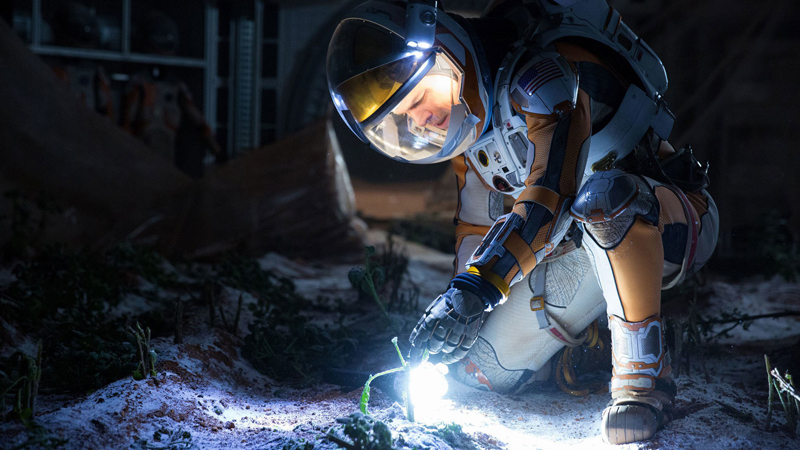 Unsurprisingly, this is a film that places high value on the power of science and the amazing resilience of mankind. I’m not interested in the inevitable discussions about whether the science in The Martian is accurate or fanciful; in this film, perhaps more than other sci-fi tales, it really is inconsequential whether Watney’s accomplishments could actually be done. It’s more important to see the process of the character working out how to stay alive. The structure of the story’s beautifully simple, but effective, as Watney almost always has a new problem to solve. He’s MacGyver in space, but his issues are simple ones that’ve been made uniquely challenging by his hostile environment. How is he going to patch up an injury? How is he going to get equipment? How is he going to get from A to B? How is he going to eat? How is he going to get in touch with home? At every turn, the solution to his many problems are surprising and rewarding, with Watney coming up with ideas that are inspired but easy to understand for the laymen watching.

This film is also a strong argument for the power of compromise and negotiation when it comes to inter-agency cooperation, and even international cooperation, as the world and its scientific brains become unified by the power of a common goal. Some may have preferred a ‘lone survivor’ tale from The Martian, but this is refreshing and different, and elevates it from something potentially bleak to something very optimistic. 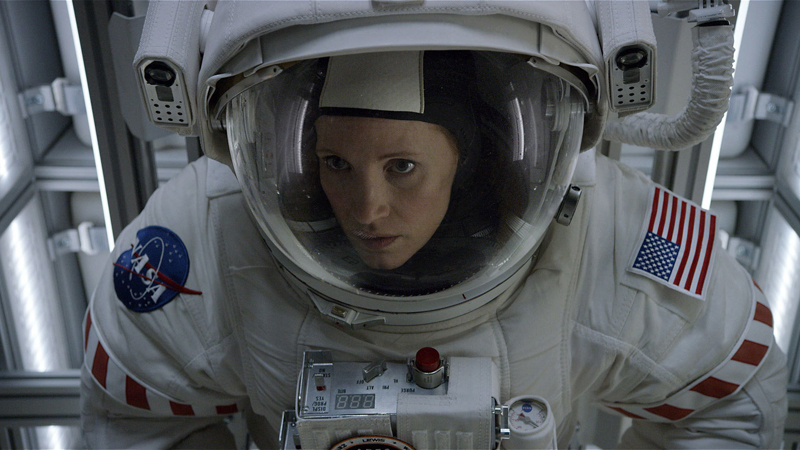 One welcome change from other big-budget films is how the cast aren’t a parade of older white men, too. This film shows people from many different nationalities and backgrounds working together, and it makes this diversity work better than most other blockbusters. This is particularly welcome after the controversy caused by the fact Scott’s last movie, Exodus: Gods and Kings, had caucasians Christian Bale and Joel Edgerton playing Egyptians (something not helped by the director’s comments that he couldn’t “mount a film of this budget… and say that my lead actor is Mohammad so-and-so from such-and-such”).

And then there’s the unexpected comedy, which is present to a degree you wouldn’t expect from a film that’s mentioned in the same breath as 127 Hours or Cast Away. This film has more laughs than most comedies out this year. It also knows its way around visual laughs, with moments of faultlessly executed comic relief, and it mixes energetic quick cuts with slow and steady camerawork to build to a moment that may be comedic while also raising the stakes or adding tension. It’s a delicate balance, and the film makes it look simple.

It’s also gorgeous to watch, with the beautiful scenery of Wadi Rum in Jordan used to replicate the Martian landscape and contributing to the plausible feeling of being on another planet. Even with its relatively long running time of 2 hours 10 minutes, expert pacing makes it the kind of film you’ll want to see over and over again. Ridley Scott’s directorial efforts in his post-Gladiator years have struggled to gain widespread acclaim, but there’s no doubting what he can bring to this art form when he’s on fire. This has all the drama, spectacle, humour, and charisma that a true crowd-pleasing film should have, and manages to bring a distinctive tone of optimism along for the ride, too.

writer: Drew Goddard (based on the novel by Andy Weir).