William Friedkin’s Sorcerer was a notorious flop in 1977, saddled with the misfortune of being released shortly after Star Wars became a box office sensation. Exerting some of his creative clout at the time, following groundbreaking hits The French Connection (1971) and The Exorcist (1973), Friedkin’s shoot was ambitious but extremely arduous. The $19 million budget grew to $22m, owing to the difficulties of filming in the jungles of the Dominican Republic, and it only managed to earn back $9m around the world.

Today, Sorcerer is considered the movie that drew a curtain on the ‘American New Wave’, as the dawn of crowd-pleasing blockbusters was confirmed by the success of Lucas’s space opera. Sorcerer was unceremoniously pulled from L.A’s famous Mann’s Chinese Theater after only a week, so Luke Skywalker and Han Solo could return… 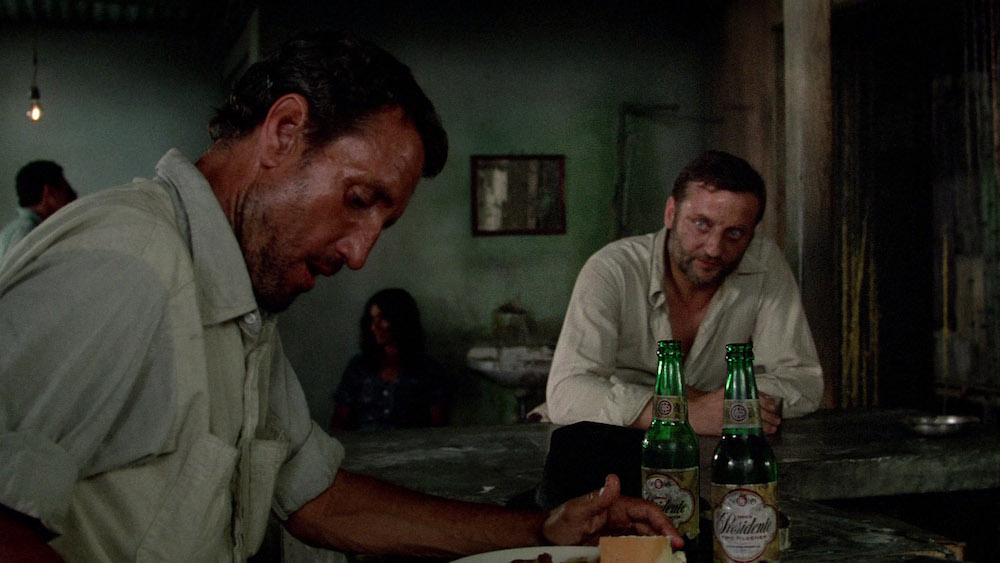 Interestingly, Sorcerer’s leading man is Roy Scheider, fresh from the success of Steven Spielberg’s Jaws (1976), which is regarded as the first “modern blockbuster”. One might therefore say Scheider has the distinction of appearing in the first and last movie of two periods in Hollywood filmmaking.

Sorcerer is an adaptation of Georges Arnaud’s 1950 novel Le Salaire de la peur, which had been adapted to great acclaim as The Wages of Fear (1953) by Henri-Georges Clouzot. Friedkin never considered his movie a “remake” of Clouzot’s masterpiece, per se, although comparisons can’t be avoided because more people have seen the French filmmaker’s movie than have read the novel. While Friedkin’s version was a box office disaster, Sorcerer has been reassessed over the years and is now considered an unsung classic by film historians.

Friedkin himself thinks it’s one of his greatest of achievements. It’s certainly a much grittier version of Clouzot’s film, as The Wages of Fear didn’t benefit from colour photography and the south of France doubled for South America.

Personally, though, I think Sorcerer is only half a great movie. 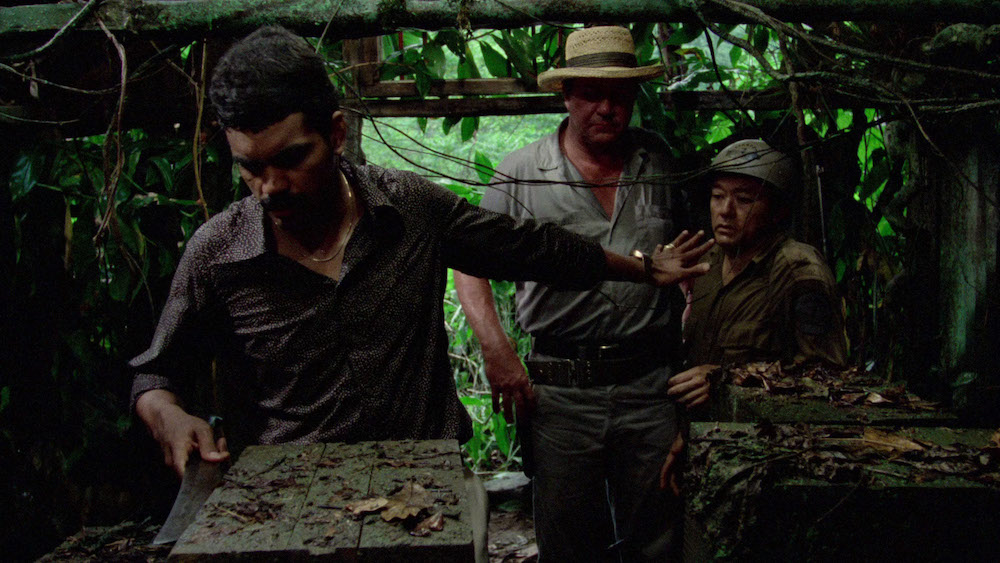 The script, by Walon Green (The Wild Bunch), takes an hour before some clarity with the story comes into being, and only the last 45-minutes contain the tense sequences that have earned its reputation. I don’t begrudge a story taking its time, but the first half just doesn’t do a great deal for me. It sets a mood and introduces its antihero characters, but you learn far more about these men in the second half, once their behaviour and attitudes are given a true purpose.

Nowadays, I imagine a different approach would be taken with the narrative structure. Sorcerer opens with four vignettes that don’t seem connected and are a little confusing, so it might have been more interesting to sprinkle the backstories in amongst the present narrative. 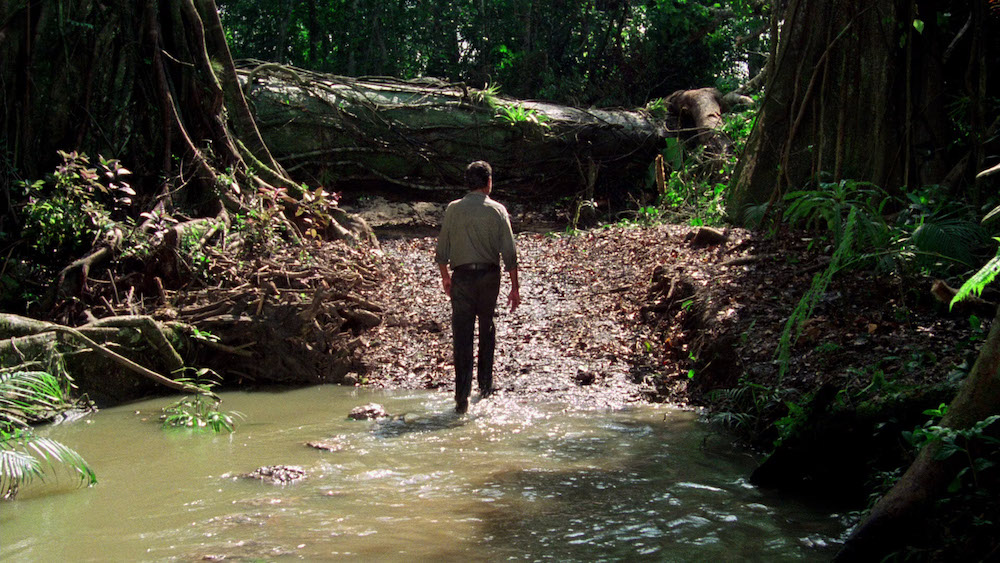 All four have reason to run away from their lives, and they all wind up in the remote Latin American village of Porvenir, living in squalid conditions under false identities.

When a nearby oil well explodes, a representative from the incompetent oil company arrives in town offering a small fortune to anyone willing to risk their life to transport crates of dynamite to the well to plug it. Unfortunately, the explosives have been incorrectly stored for over a year and are now leaking extremely volatile nitroglycerin.

Naturally, the four exiled men sign up for the job because the reward is their ticket out of this hellhole, so they’re given two trucks (named SORCERER and LAZARO) to carefully take the nitroglycerin cross-country. A perilous 218-mile journey featuring crumbling cliff edges, narrow dirt tracks, steep rocky hills, unstable rope bridges, and a fallen tree blocking the jungle’s path. 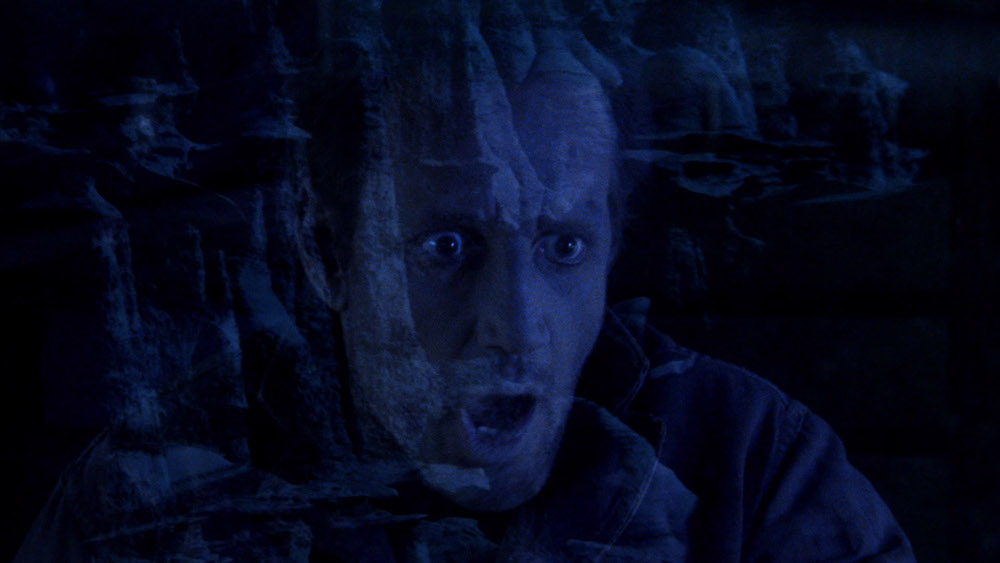 The standout sequence is undoubtedly an edge-of-your-seat attempt to traverse an old rope bridge, with production designer John Box (Laurence of Arabia) designing a hydraulic system for a truck to sit on. The stunt became a nightmare to shoot, as the river dried up once the hydraulic rig had been created, meaning they were forced to relocate to Vera Cruz, only for that river to likewise dry up. Eventually, the crew divert the flow of the river upstream to create some depth to the water seen under the bridge, while rain machines were brought in to create torrential rain. This scene alone ended up costing $3 million for 12-minutes of screen time.

Quite beyond the bad luck of being the competition to Star Wars, I can understand why Sorcerer didn’t draw big crowds. Tasted had changed without Hollywood quite realising. Once Sorcerer moves into the long trek with its slow-moving trucks, where every wobble and lurch has you wincing in expectation of an explosive demise, the movie is ironically on surer ground. It’s just a shame the opening hour feels like such a chore. Indeed, I hear that Ben Wheatley (High-Rise, Free Fire) is considering remaking Sorcerer — or should that be Le Salaire de la peur? — and it’s easy to imagine the ways to improve the telling of this tale.