On paper, High Rise should be great. Ben Wheatley, the man behind brilliant psychedelic civil war movie A Field in England, and darkly funny suburban serial killer film Sightseers, is perfectly placed to take on J.G Ballard’s sharp tale of societal dysfunction in which a high-rise block becomes the fulcrum for a battle about class and privilege.

The story is a simple one—Dr. Robert Laing (Tom Hiddleston) moves into the 25th floor of a tower block in 1970s London: the super rich live at the very top, the moderately wealthy in the middle, and the less well off at the bottom. Then, one day, a resident of the lower floors starts to question the power structure, which in turn causes it to shift. It doesn’t take long for the inhabitants’ fragile façade of humanity to be torn away, before long all hell breaks out.

It’s wonderful source material—Ballard’s experiences as a child in a Shanghai Internment camp meant he had a clearer eye than most about the depths to which people will sink to survive—and Wheatley’s darkly anarchic vision would seem well suited to adapting it. Yet, sadly, something doesn’t quite gel. 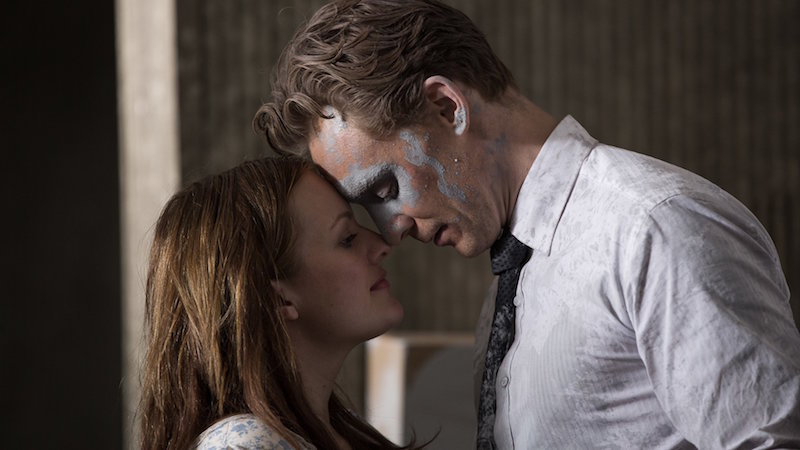 In part, it’s a question of tone. Instead of Ballard’s bleak dissection of the horrors that men do, Wheatley’s take is lighter, shot through with wry one-liners that are too knowing and removed to do the story justice. Weirdly, that remains the case even as the story descends into chaos, growing increasingly, graphically violent in the process. People are beaten, raped, and abused, but High-Rise still seems more like an elegantly devised chess game than a story about a ‘world’ on the verge of destruction. It’s a film that prizes style over substance, replacing Ballard’s very real anger with a series of striking images (a suicide falling slowly from a balcony, the sleek lines of the building itself) that skate across the surface of Ballard’s vision and miss its icy core.

In this endeavour, Wheatley and wife/co-writer Amy Jump are assisted (or hindered?) by their choice of leading man. As the savagely smooth Laing, Thor’s Tom Hiddleston moves impassively through the increasing chaos; his disengaged blankness only highlighting the vacuum at the film’s heart. It’s a good performance, but a detached one. It’s hard not to feel that, as with The Night Manager miniseries, Hiddleston makes for an attractive cipher, but a cipher all the same.

The rest of the cast fare better. Jeremy Irons is the epitome of smooth arrogance as the high-rise’s architect; Keeley Hawes is entertaining as his sneering, resentful wife; while Sienna Miller has a ball as pragmatic single mother Charlotte Melville. There are also good turns from Luke Evans and Elisabeth Moss. 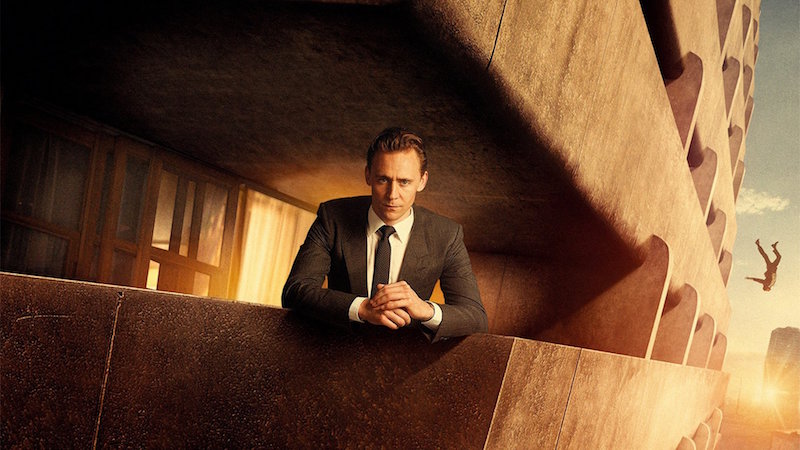 Amy Jump also does nice work reminding us that the worst villains are those who hide in plain sight. Thus, Laing’s true evil comes from that very detachment; the way in which he refuses to act to save the residents of the tower block, even as the violence escalates and horror piles upon horror, preferring instead to conform, adapt, and survive.

And there are times when the whole thing very nearly comes together. All Wheatley’s films have a woozy sense of creeping horror and he again uses that to disorientating effect, thanks in part to an excellent score from Clint Mansell. The cast also do their best to suggest genuine despair as the walls start to fall in around them. There are some interesting creative risks taken, too—Wheatley is especially good at capturing the sense of madness and despair that permeates the building, even at the beginning when things are supposedly going well—and as the film progresses it’s clear he’s paying homage as much to Stanley Kubrick, that master of blank unease, as to Ballard himself.

But homage is not the same thing as vision, and there is something very empty at this film’s heart that prevents the horror from taking hold. That master of the off-kilter, Nic Roeg, famously wanted to adapt High-Rise back in the late-1970s… and watching Wheatley’s smooth, clever, yet ultimately airless vision, it’s hard not to wish he had.

writer: Amy Jump (based on the novel by J.G Ballard).