My first experience of many 1980s horrors was vicarious, with friends at school telling me about them in lurid detail between lessons. An American Werewolf in London and A Nightmare on Elm Street existed as “ghost stories” before they were ever movies, for me. The Lost Boys was another horror I’d long heard about before seeing it myself, and it never lived up to my expectations. Fortunately, the passage of time is sometimes a positive thing, as memories of my friend’s undoubtedly exaggerated recap of Joel Schumacher’s vampire classic has dimmed, and I can enjoy it on its own terms. In this, the year of The Lost Boys’ 30th anniversary, I even found myself identifying more with the adult characters, which was interesting…

Following an acrimonious divorce, single mother Lucy Emerson (Dianne Wiest) moves to the coastal town of Santa Carla, California, with her two sons, Michael (Jason Patric) and Sam (Corey Haim), where they can be closer to her ageing father (Barnard Hughes). 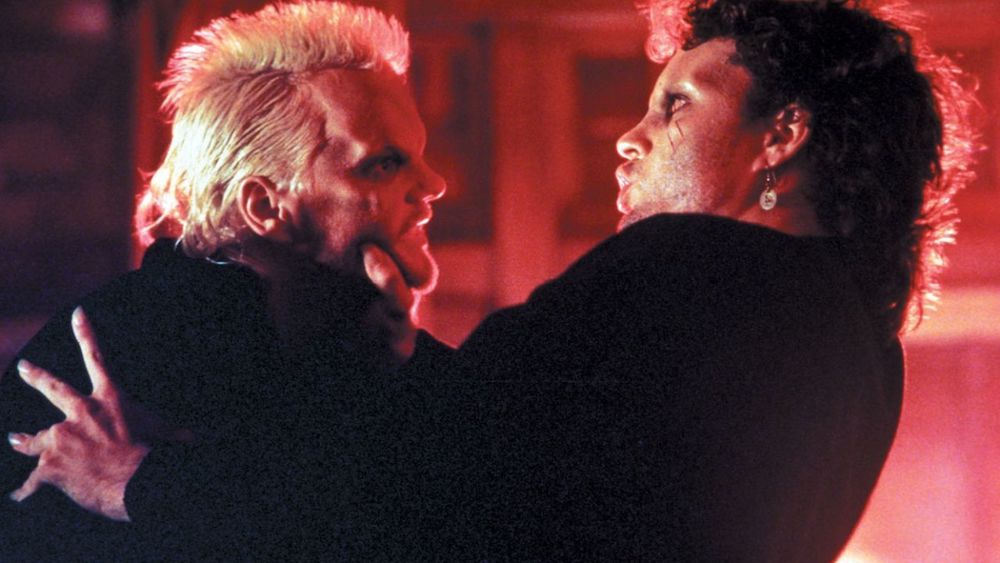 The Emerson brothers soon make the acquaintance of two opposing forces in the story. Firstly, Michael catches the eye of the beautiful Star (Jami Gertz), which brings him to the attention of David (Kiefer Sutherland), her boyfriend and leader of a biker gang who pulls all-nighters at the boardwalk. Secondly, Michael’s little brother Sam comes to the attention of comic book nerds Edgar (Corey Feldman) and Alan Frog (Jamison Newlander), who warn him their town’s the “murder capital of the world” because it’s infested with creatures of the night. And yes, lo and behold, David and his gang are said vampires, preying on local people and holidaymakers alike.

The Lost Boys thus runs parallel stories of two close-knit brothers who find themselves on different sides of a supernatural dilemma after Michael’s tricked into drinking David’s blood and starts to “turn”. But while it’s the story of two siblings whose love keeps them together, it’s also about people seeking connection and family — as we later realise the ‘Head Vampire’ had a plan to unite the Emerson’s with his own undead brood, to become one big happy family. David also just wants to bond with Michael and bring him into their clique, in a slow courtship of sorts that has some homosexual undertones. Like a great many ’80s movies, there are sequences analogous to the decade’s fear of drug culture and teens falling into the wrong crowd, as it’s probably not coincidence David first offers Michael a joint before serving Chinese food and human blood. 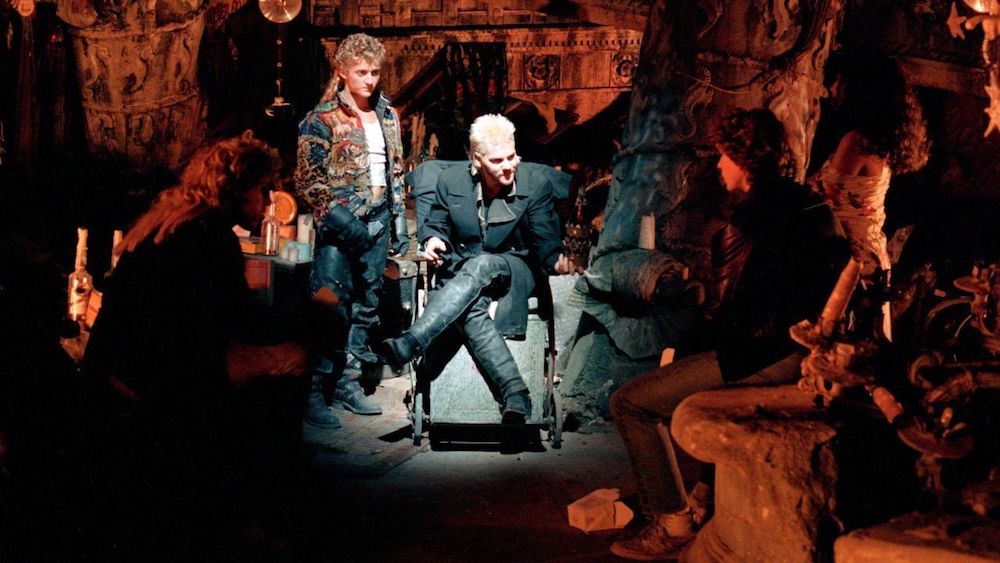 It’s great there’s a lot of subtext and interesting things bubbling up beneath the surface of The Lost Boys, but even despite that it’s an engaging movie on a more superficial level. Schumacher’s career hit the skids in the late-1990s, but this is where he really made his mark on Hollywood after The Incredible Shrinking Woman (1981) and St. Elmo’s Fire (1985). But his heyday lasted just over a decade, ending with twin disasters Batman & Robin (1997) and 8MM (1999). His last notable work has been a few episodes of Netflix’s House of Cards from 2013. There’s a lot of crud on Schumacher’s filmography, but I liked what he brought to the table with The Lost Boys and its so-called ‘MTV style’ (which tends to just mean either very fast-editing or has the general feeling of a ’80s rock video stretched to feature length).

He was helped enormously by having Michael Chapman as the project’s cinematographer, who worked on the likes of Taxi Driver (1976) and Raging Bull (1980). The Lost Boys consequently looks gorgeous, and it’s such a thrilling dichotomy to have a vampire movie based somewhere famously drenched in sunlight. That’s less unusual these days (when there are even excuses for vampires being able to cope with sunlight), but in the ‘80s the common perception of vampire films hadn’t moved on from the cliches of Hammer Horror and Dracula favouring foggy London streets or European castles. Seeing vampires flying above boardwalks lit up with lights, hanging underneath railroad bridges like human bats, or biking across sandy beaches, wasn’t behaviour you’d expect from ordinary Nosferatu. 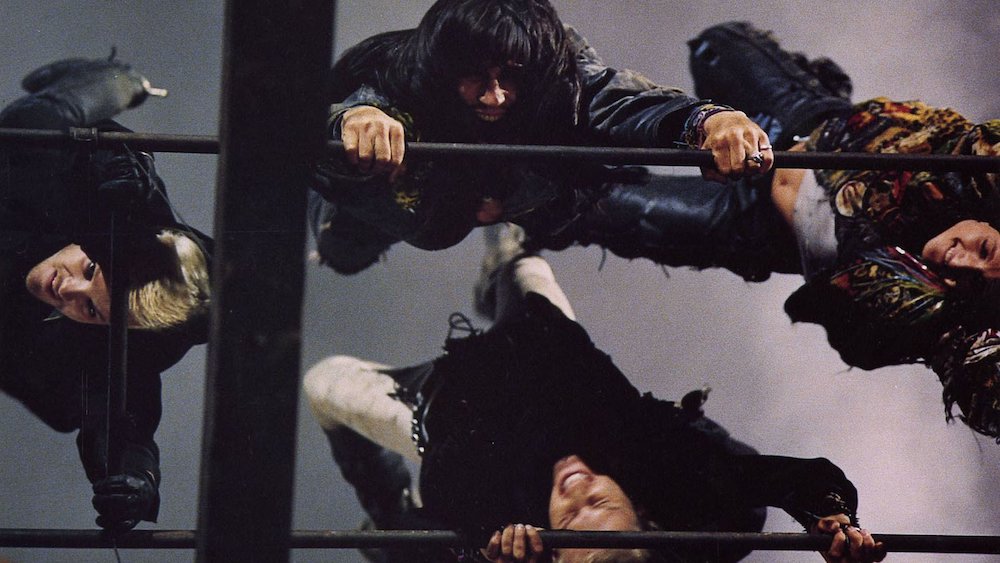 The performances are all very good, with Patric and Haim sharing a believable chemistry as brothers, and Sutherland managing to turn a potentially one-note “bully” into a fascinating antagonist. Feldman and Newlander are great comic relief, proving popular enough to even headline some belated straight-to-video sequels in 2008 and 2010. But the less said about those the better. As mentioned, now it’s 30 years later and I’m pushing 40, some of my attention was caught more by the adult characters and what they’re experiencing. The story certainly isn’t weighted towards them, but it’s always interesting when old movies start to speak to you in different ways, when “the mom” and “grandpa” characters suddenly have more to offer in retrospect.

But at its heart, The Lost Boys is just a very good vampire movie that plays to a teenage audience and does smart things, in terms of plot and visuals, that helped bring vampires back into mainstream culture. In that regard, it’s right up there with Fright Night (1985), Near Dark (1987) and The Hunger (1983), and arguably the best of the bunch.