With Brooklyn, Carol, and now The Finest Hours, films set in 1952 are having a bit of a moment. Here, the story being told is that of the crew members aboard an oil tanker that disastrously splits in half, and the U.S Coast Guard team that went out into the dangerous storm to rescue them. It’s based on the true tale of the rescue from the stern section of the S.S Pendleton in February 1952, sticking closely to actual events and making for a solid, old-fashioned, crowd-pleasing film about understated heroism.

At the heart of The Finest Hours are two characters kept largely separate throughout the film, with the shared trait of just wanting to get on with their jobs without making a fuss. Aboad the small rescue ship is Bernard ‘Bernie’ Webber (Chris Pine), a shy and dutiful seaman who commits to going out in the treacherous storm to save those aboard the stricken Pendleton oil tanker. And on the tanker itself is the withdrawn but smart Ray Sybert (Casey Affleck), with the remainder of its surviving crew. The characters of both Webber and Sybert are not your typical action heroes; both are quiet, contemplative, and determined rather than brash and outspoken. There aren’t all that many rousing speeches or moments of dramatic action, either, it’s mostly just people getting to work while a sense of tension is maintained throughout. 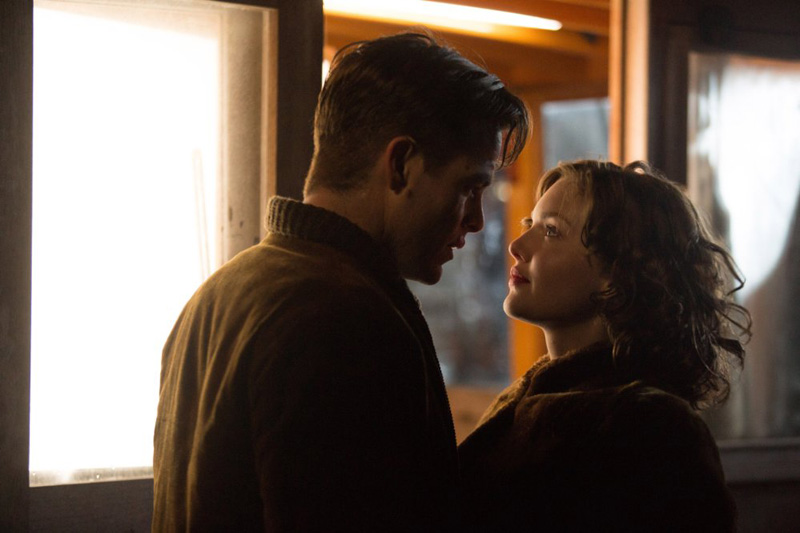 Other characters key to this story include Bernie’s girlfriend Miriam (Holliday Grainger) and the members of his rescue team: Andrew Fitzgerald (Kyle Gallner), Ervin Maske (John Magaro), and Richard Livesey (Ben Foster). While the story being told aboard the Pendleton (that of how to keep the ship from sinking and keep the crew members hopeful), is definitely gripping and keeps the stakes feeling high, it’s the rescue attempt against-all-odds, led by Bernie and his team, that makes for the most compelling material, especially as that’s where much of the most visually-arresting moments of spectacle are found.

In both of the two central storylines, though, there’s always a lot of suspense. It’s a life-or-death situation for all involved, so much so that the line “we all live… or we all die” is uttered as the film reaches its climax. Still, even with all its suspense, viewers may get the sense that they’ve seen some of this all before because there’s a predictable quality to this tale of maritime bravery. However, praise is still deserved for a movie that delivers what one might expect in such a confident way. The heroes all feel like real people just trying to do their best during a desperate situation, which really works in the film’s favour, and both Pine and Affleck (one of the most underrated actors working today, who’s terrific here) do an excellent job of conveying the unconventional side of courage.

One reason The Finest Hours may not work for everyone is that it shies away from following a narrative where its hero is the only man that matters to the outcome of the story. The script here acknowledges that while Bernie’s confident enough to venture out into treacherous waves, he only does so because he won’t stand up to authority (portrayed here by Eric Bana as Chief Warrant Officer Daniel Cluff, a pompous man out of his depth), and that he almost certainly thinks it’s a suicide mission. The film also makes an interesting choice by being cognisant of the role luck has to play in the story, and some may say this takes some agency away from how characters decide their fates, while others may conclude it bring a healthy amount of realism to the fore. 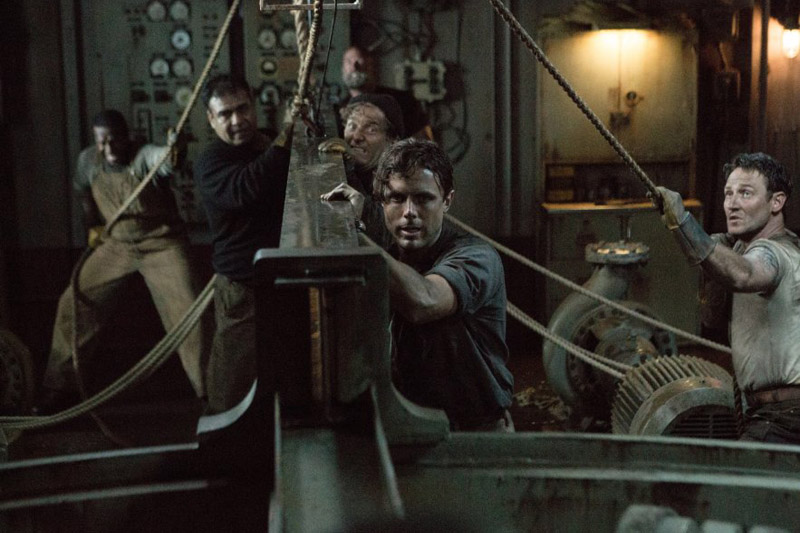 There’s an engaging romance between Bernie and Miriam, too, who meet for the very first time in the film’s opening scene and relate to each other very convincingly right away. Their characters may be underdeveloped and the slow early material might be a touch too sentimental, but Pine and Grainger have a palpable chemistry that works. And, even if the film is almost entirely about its thrillng rescue and time spent in open water, it does find successful ways to integrate Miriam and give her a meatier and more interesting part to play in the story.

None of the characters are especially complex people, but their simplicity makes them easy to root for and this cast plays the majority of the roles effectively. For most, the attraction this film offers will be its rich and captivating action, and it definitely doesn’t disappoint in that respect. The Finest Hours looks tremendous in IMAX 3D, and the visual effects when watching the tiny rescue boat struggle through enormously high waves, or half of the Pendleton moved by the seas in incredible wide shots are superbly rendered. The thundering score from Carol’s Carter Burwell only makes it all the more stunning, too. There are flaws to pick at, but the mix of unorthodox heroes, old-fashioned values, and thrilling effects make for a satisfying survival and rescue adventure.