Initially titled Patient Z, Mike Le’s screenplay was featured in the Black List as among the greatest unproduced movie scripts of 2013. After catching the attention of major studios, production companies started a bidding war to finally make it. After being shelved, delayed, and rescheduled for several years, Screen Gems finally hired director Stefan Ruzowitzky (The Counterfeiters) to direct Le’s zombie horror story.

The godfather of the zombie genre, George A. Romero, enriched our nightmares when he introduced a new element to the horror genre: reanimated corpses. Beginning with Night of the Living Dead (1968), Romero used his zombies as a supernatural means to satirise humanity. Danny Boyle’s 28 Days Later (2002) then began a new conversation, as his ‘zombies’ were ordinary living people driven to extreme rage by a virus. Patient Zero combines these two approaches to create a unique spin. 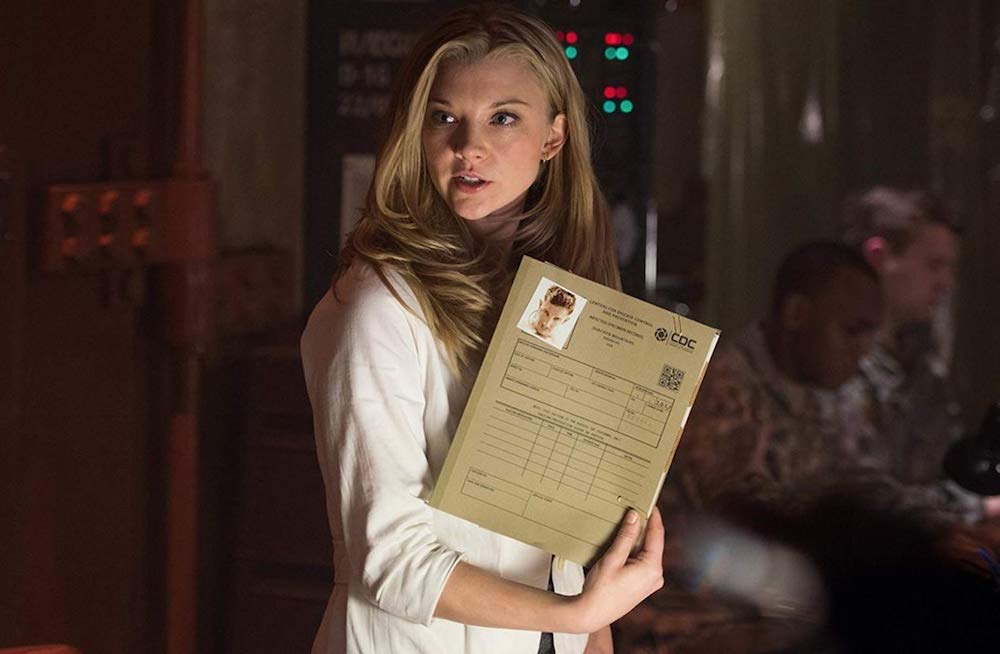 In Patient Zero, an outbreak of a mutated strain of rabies has turned millions of people into infected monsters. In an underground bunker, the military stands guard while a group of scientists, led by Dr Gina Rose (Natalie Dormer) search for a cure. Then a soldier named Morgan (Matt Smith) finds himself in a unique situation after being bitten, as he’s able to communicate with the infected and starts working alongside Dr Rose.

Both now searching for “Patient Zero” (the first human infected), the scientists hope to use that person’s blood to create a vaccine. But just as they think they know everything about these violent monsters, they’re introduced to a patient known as “The Professor” (Stanley Tucci), who’s smarter than the others and capable of deceit, who asserts the infected are more evolved than originally thought.

The performances of Matt Smith (Doctor Who) and Stanley Tucci (The Devil Wears Prada), and the scenes they appear together, are the main attraction of Patient Zero. Despite Smith’s generic American accent, he portrays a confident intellectual with a cool head. This opens the door for Tucci’s slimy antagonist to frustrate Morgan using smug smirks and cryptic conversation. The two characters playing off each other resembles Hannibal Lecter and Clarice Starling in The Silence of the Lambs (1991), albeit surrounded by a zombie apocalypse. Although their scenes together are captivating, due to the setting they quickly run out of room to create any originality and their characterisations feel cheapened. Natalie Dormer (Game of Thrones) is more than capable of playing a frustrated doctor, so successfully manages to create empathy for her character, but there’s a severe lack of character development between her Dr Rose and Morgan. It results in their relationship seeming superficial. 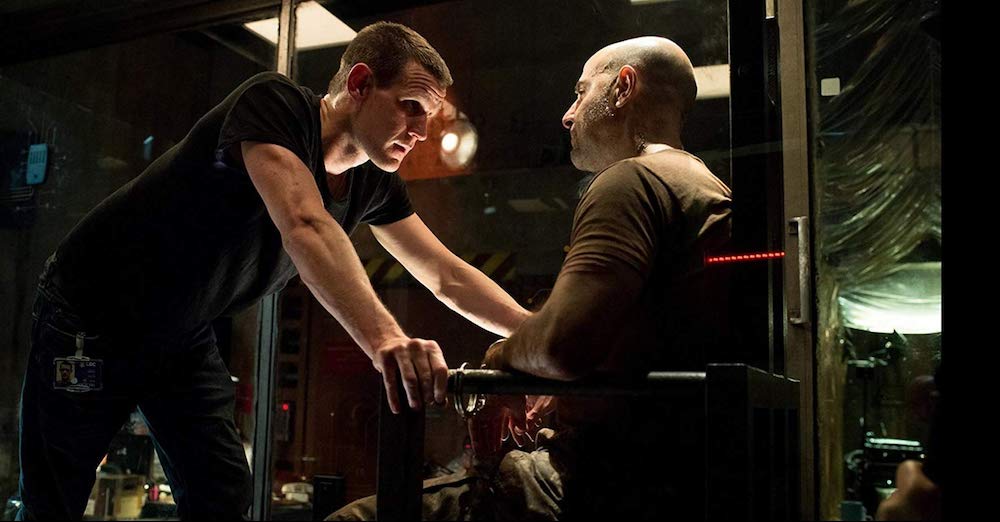 There are several unique and interesting ideas in Patient Zero, but the script never comes to grips with them. Morgan is a surviving victim of a zombie bite and can communicate with highly intelligent zombies that have developed their own language, but it’s unclear what this language sounds like to the uninfected observers, as the movie never gives the audience any contextual information. The same applies with the methods used for the interrogation. Morgan plays music as a form of torture as the infected can’t process harmony. Ruzowitzky never explores or explains these areas to the audience resulting in a confusing paper thin reality in a cinematic world.

A potentially complicated love triangle involving Morgan, Gina, and Morgan’s infected wife that has been quarantined, yet undead, teases on the “what if the infected could be brought back?” trope. Then the situation changes direction for the simplistic soap opera dramatics involving an unexpected pregnancy and a self-sacrifice that lacks any emotional punch. The added love affair and emotional sacrifice feel they have been added to embellish the story and add sentiment where it’s not relevant.

There’s nothing too exciting to be found in this average horror, which feels as though it’s been done a dozen times before, much better. The narrative is cheaply tied together and Ruzowitzky’s fails to create any depth to the characters. It felt less like a movie and more like an extended TV pilot episode.