While the Oscars often overlook genre movies, horror movies, in particular, are rarely included among the Academy’s nominees. The exceptions tend to prove the rule, as with Psycho (which earned a handful of nominations but came up empty-handed), or The Exorcist (which was nominated for Best Picture but lost to The Sting). The biggest exception is The Silence of the Lambs, which is still one of only three films (the others being It Happened One Night and One Flew Over the Cuckoo’s Nest) to sweep the Academy’s top five categories. 25 years after its release, The Silence of the Lambs remains a classic filled with frequently parodied moments that are familiar to anyone with a passing knowledge of popular culture; whether or not you’ve seen the movie, Fava beans, Chianti, and ‘lotion in a basket’ should ring a bell. So how is it that a lurid, pulpy procedural managed to escape the horror movie ghetto and become a mainstream favourite?

Much of the reason The Silence of the Lambs achieved so much is due to its aforementioned procedural structure, which was frequently imitated in both subsequent thrillers and, eventually, the many procedural-based TV shows that dominate the airwaves today. While Silence’s subject matter is dark, the movie’s actual body count is low, and its villain’s murders take place entirely off-camera. The movie relies heavily on suggestion—we catch glimpses of crime scene photos, or listen to Clarice Starling’s (Jodie Foster) description of an examination of one of the victims’ bodies, and our imaginations fill in the blanks. The same goes for the scenes where the imprisoned Hannibal Lecter (Anthony Hopkins) describes his former patient, Jame Gumb (Ted Levine). While Levine is remarkable as ‘Buffalo Bill’, his screen time is actually quite brief; after learning about the monster Clarice is pursuing through his equally monstrous psychiatrist, his presence is frightening enough without actually seeing him carrying out his plan to tailor a ‘woman suit’ in grisly detail. 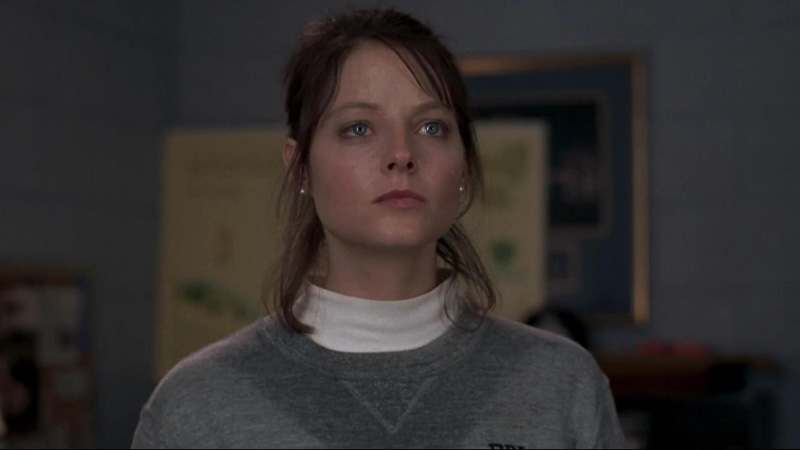 It’s the emphasis on implication that sets The Silence of the Lambs apart as more “tasteful” than the average horror movie. It was released at a point when “horror” was equated with the slasher cycle that had just run its course in the ’80s; pick up an issue of Fangoria published in the years after Silence’s release, and you’ll find at least one filmmaker explaining that their movie is actually a psychological thriller. Actually, it’s an incredibly well-made, intelligent mainstream variation on themes that horror and exploitation movies had been exploring for decades, and while the movie’s big scares are infrequent, director Jonathan Demme makes them really count. But implying unimaginable horrors in the context of a procedural does seem to be more palatable for non-horror audiences. Years later, audiences who might dismiss horror movies as sick watch shows like CSI, Law & Order and their many spin-offs—shows that frequently describe (but don’t show) rape, pedophilia, necrophilia, and all kinds of ugly, nasty stuff that most of the horror movies I like don’t touch. 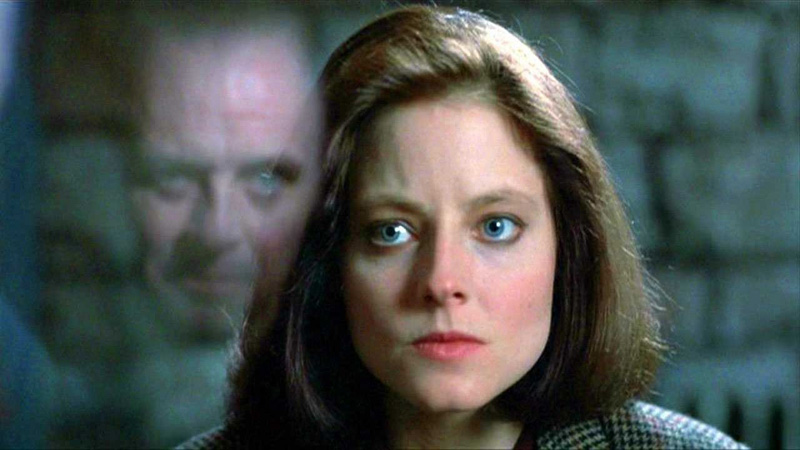 The Silence of the Lambs really transcends audience expectations of a horror movie with its female heroine. Horror movies often get broadly, unfairly accused of misogyny—the genre’s history is filled with clever, resourceful ‘Final Girls’, after all. The difference with Silence is that, until the very end of the movie, the heroine isn’t in any immediate danger (and, as menacing as he can be, it’s clear early on that Hannibal Lecter wouldn’t kill her even if he could). On the movie’s audio commentary, Jodie Foster explains that she wanted Clarice to be like the archetypal hero in a fairy tale, summoned to defend her village from its monster and rescue the damsel in distress (this is why, she explains, the movie begins with Clarice literally in the woods, in training). While the typical Final Girl is motivated by survival, Clarice’s motivations are more complex—rescuing Buffalo Bill’s soon-to-be-next victim, of course, but also proving herself in the male-dominated FBI, living up to the long shadow cast by her deceased father, and obtaining Lecter’s trust without letting him inside her head. 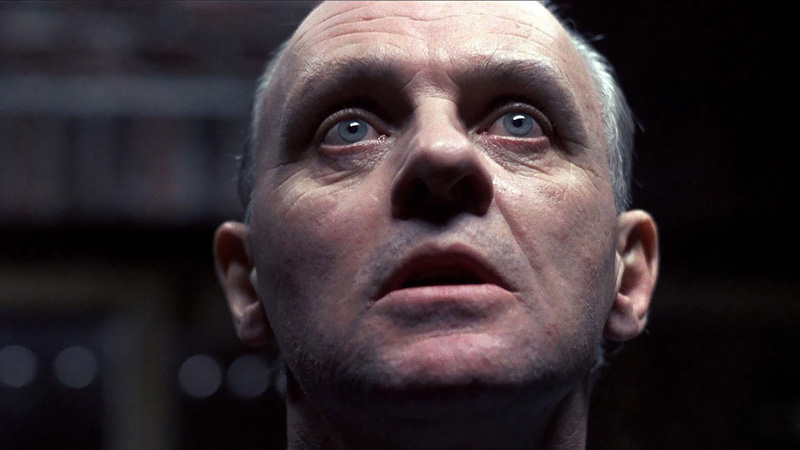 Throughout the movie, we see Clarice through the eyes of the movie’s male characters, not-so-subtly reminding us how her gender shapes how the men she encounters regard her (Jason Bailey’s piece on Demme’s use of POV shots and how they serve the narrative is well worth reading). We’re trained by Demme’s camera to empathize with Clarice and feel the weight of the sometimes leering, sometimes dismissive male gaze that is seemingly always trained on her. The triumph of the movie is not just her saving the day come the climax, but her ability to transcend genre roles. Her relationship with Lecter begins with his taunting her for being a “rube” with professional aspirations beyond her gender and working class upbringing; by the movie’s end, he respects her too much as a peer to eat her when he has the chance.

While horror, in general, is more empathetic towards its female characters than the genre gets credit for, The Silence of the Lambs was a breakthrough because it was an explicitly feminist take on the genre (though author Thomas Harris’ tendency to equate queerness with depravity isn’t quite as progressive¹). Clarice became the template for countless heroines; in particular, it’s impossible to imagine The X-Files’ Dana Scully without her. And while her co-star’s chilling performance and colourful catchphrases have become the most iconic part of the movie, it’s thanks to Clarice’s journey and Foster’s performance that, 25 years and countless parodies and rip-offs later, The Silence of the Lambs is still as riveting as ever.

¹ Demme does try nobly to diminish the story’s transphobia; 20 years later, Bryan Fuller would refashion the more problematic aspects of Harris’s books into something much more interesting for television.

writer: Ted Tally (based on the novel by Thomas Harris).