Sometimes I feel as though there are two pairs of Williams brothers: the ones who wrote brash shows like Roman’s Empire and the muddled, histrionic One of Us; and another smart, sharp duo who turned out two pulsating series of The Missing.

Certainly there’s no doubting that The Missing is head and shoulders above the rest of their oeuvre. Complex, carefully plotted, and populated by strong characters behaving realistically, series 2 of this BBC drama was even better than the first. It was an eight-part crash course in how to pen a must-watch crime drama, in which the tension never let up and the end felt both satisfactory and well earned. 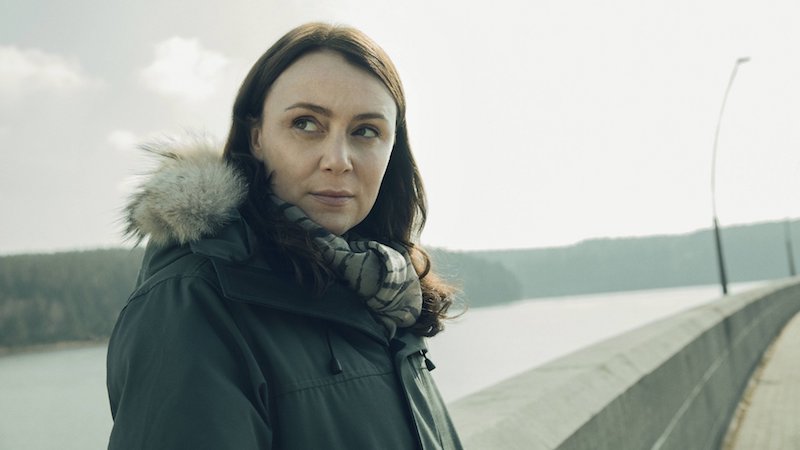 Perhaps it helped that The Missing adopts the increasingly popular anthology format, with each year telling a new story. In this case, both linked by Julien Baptiste (Tcheky Karyo), the dogged and compassionate French detective who tried to uncover what had happened to little Oliver Hughes in series 1.

This time, Baptiste was faced with his worse fear, as the case of missing Sophie Giroux, which has haunted his career, bubbled to the forefront with the return of Alice Webster — an 11-year-old girl who vanished 11 years age from the army base in Germany her family were living on. Baptiste, who’s lived with the Giroux every single day, is immediately sure that ‘Alice’ is actually ‘Sophie (in this sense, The Missing plays out as something like a great ongoing novel series, in that we know the lead detective well enough to understand what a truly haunting moment this is). However, the Webster family are less keen to question their daughter’s miraculous return. 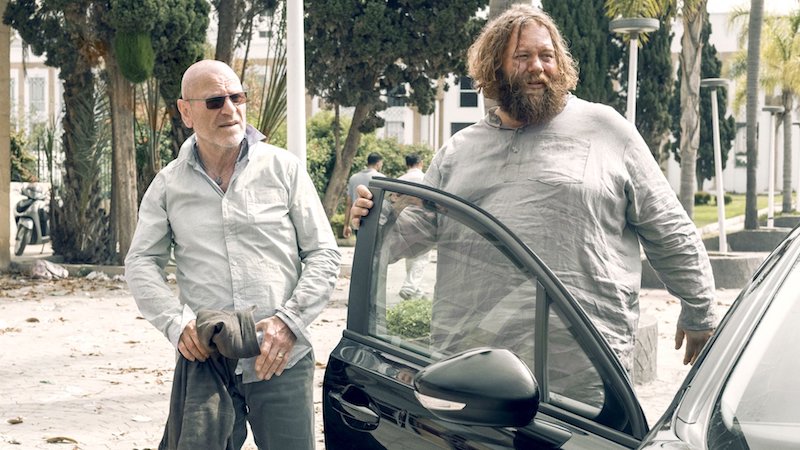 If riffing on infamous child abduction cases (such as Josef Fritzl and Ariel Castro) was all there was to this series, it would still be a fine drama, but what raises it above the competition is that there’s considerably more going on. It has a detailed plot taking place over a number of different timelines, featuring a multitude of possible villains and victims. At its heart lies the question of who Alice Webster truly is and why, if she’s Sophie, she would be trying to pass herself off as another girl. But bubbling under are long hidden secrets surrounding an atrocity committed in Iraq, in 1991, some years before Alice’s abduction, and questions about what happened after Alice’s return in 2014, and why her family has fallen apart so spectacularly in the present day.

Series 2 of The Missing is a genuinely enjoyable puzzle, forcing the audience to pay attention as its flips between timelines. What’s the link between Trooper Daniel Reed’s (Daniel Ezra) present day disappearance in Iraq and the events surround Alice’s disappearance? What secrets is gruff Kristian Herz (Filip Peeters) hiding? What about his closed-off wife Nadia (Lia Williams), or press officer Adam Gettrick (Derek Riddell)? What about Alice’s parents, Sam (David Morrissey) and Gemma (Keeley Hawes), or her brother Matthew (Jake Davies)? This is the sort of drama where anyone and everyone could be guilty of something — and in contrast to the clunky and melodramatic One of Us, the Williams brothers pace their plot reveals perfectly, timing the unveiling of Alice and Sophie’s kidnapper perfectly midway through the series and then drip-feeding us just enough to make us think we might know what’s going on while still remaining one step ahead. 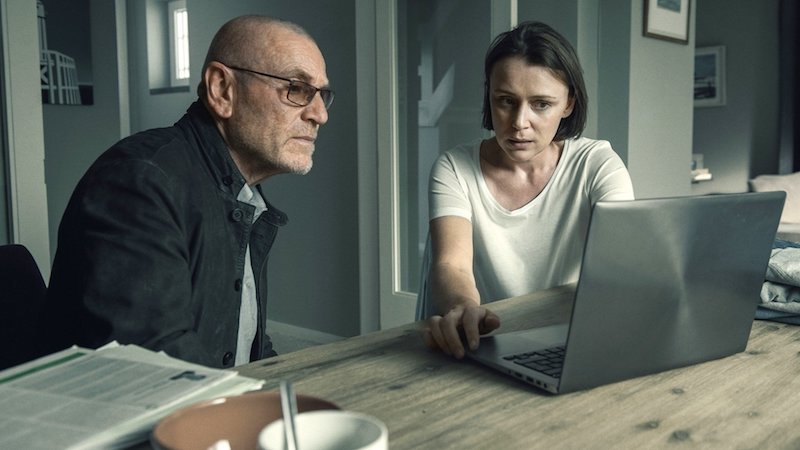 At its heart, though, this is also a moving examination of the relationship between fathers and daughters; from the closed off Sam Webster’s difficult relationship with Alice after her return, to military police officer Eve Stone’s (Laura Fraser) complicated back and forth with her own dad, Adrian (Roger Allam) — a veteran army brigadier, now suffering from Alzheimer’s. Most of all, there’s Julien’s relationship with Sophie, the girl who’s not really his daughter but who he mourns for as much as if she were his own child, haunted as he is by the death of her mother and a fear that this is yet another life he’ll not be able to save.

And, while Alice’s disappearance and return is the mechanism that powers the story, it’s Sophie’s fate that haunts it, much as she continues to haunt Julien. The constant reference to a picture of Sophie, Alice, and a third initially unnamed girl briefly caught on a rollercoaster, laughing despite the horror of their situation, only adds to the sense of this being a ghost story as much as it’s a crime tale. The Williams brothers understand that the truth is a slippery affair and that we lie to ourselves as much as to those we love. 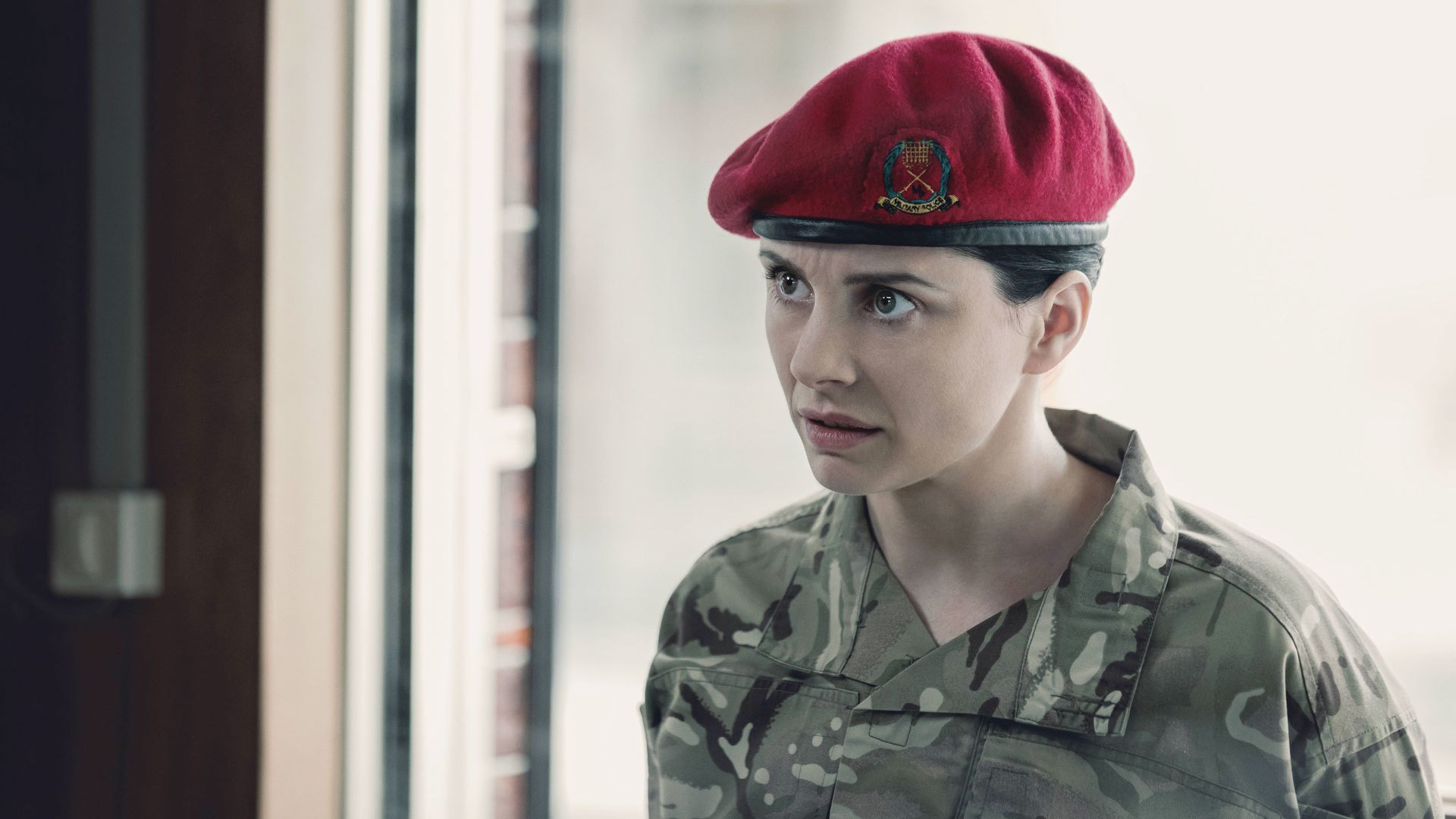 It’s not perfect. Some of the twists wobble on the verge of a reveal too far, and occasionally the whole thing threatens to spin out of control, drowning under the weight of its timeline switches, missing girls, and secrets piled upon lies. Thankfully, the acting pulls it through. As Sam, Morrissey is both closed off and anguished, while poor Keeley Hawes as Alice’s mother Gemma is surely due some sort of award for consistently good portrayals of agony and heartbreak on any number of television shows. Allam, Riddell, Fraser, Peeters, and Williams also keep audience’s sympathies constantly switching, ensuring that even the biggest monsters at times arouse pity rather than ire, while Abigail Hardingham gives a brittle, brilliant performance as Alice (who may be Sophie), haunted, haunting, and trapped forever between a brutal past and a frightening future.

Most of all, this is Karyo’s show: his Baptiste is driven, empathetic, and hugely likeable. Here’s hoping that the show’s cliffhanger ending, which sees the detective finally undergoing surgery for the brain tumour that dogged him throughout the series, will not prevent his return.