Milo’s (Marshall Allman) threat to Dr. Morrow (Carrie-Anne Moss) was a particularly nasty moment. Milo hadn’t actually done anything overtly evil yet, but the show has made no bones about the fact he’s not one of the good guys. That suspicion was confirmed beyond all doubt this week, as he revealed his plan for the ‘child synths’ (backed up by a suitably naff and unsettling mock advert that opened the episode), and threatened to use Morrow’s daughter-program as a basis for them. The notion that he could effectively monetise Morrow’s daughter’s consciousness is an unthinkably horrible one, and feels like a particularly vile way to keep Morrow in line. Definitely not one of the good guys, then. 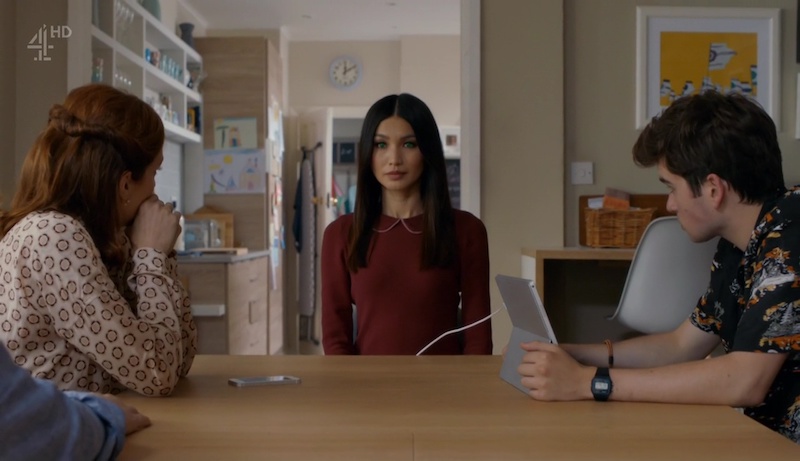 Similarly creepy was Mia’s (Gemma Chan) regression back to her original state as ‘Anita’, turning up unannounced at the Hawkins’ residence, as that’s where she was programmed to think of as home. Having grown so used to the warm and free-thinking Mia, seeing her revert back to cold autonomy was chilling. In series 1 there was always a sense of a thinking being trapped in there somewhere, but not here—here, she was totally dead behind the eyes, and the family couldn’t initially wake her up.

And while the Hawkins family struggled to deal with their surprise house guest, Karen (Ruth Bradley) welcomed her own dead-behind-the-eyes visitor with open arms. Karen left Drummond (Neil Maskell) because she didn’t feel like she knew who she was, and couldn’t have a proper home with him, and yet her eyes lit up when she saw a strange synth-child sitting on her bed. She even goes so far as to ‘bond’ with the child, setting herself up as its primary user, and mother. A synth bonding with a synth? That’s a dangerous precedent to set from a human perspective. And pity poor old Drummond, who’s become even more of a sad-sack than usual, now outnumbered by synths and an outsider in his own home.

While there were some memorably creepy moments contained in the above storylines, it’s a moment of pure unbridled joy—so uncharacteristic for Humans—that will stick longest in the memory. With young Sophie (Pixie Davies) falling ever-deeper into synth-like characteristics, dad Joe (Tom Goodman-Hill) decided on an unconventional way to reach her: a massive food fight in the kitchen! Humans often elicits wry smiles, but it rarely provokes genuine grins. The sight of the Hawkins family pelting one another with eggs—and Sophie powerless to stop herself from slipping back into the giddily excited child that she is—was utterly joyous. It’s only a temporary fix, however, as she’s back to synth-mode by the following morning. Perhaps Toby’s (Theo Stevenson) friend Renie (Letitia Wright) can help? 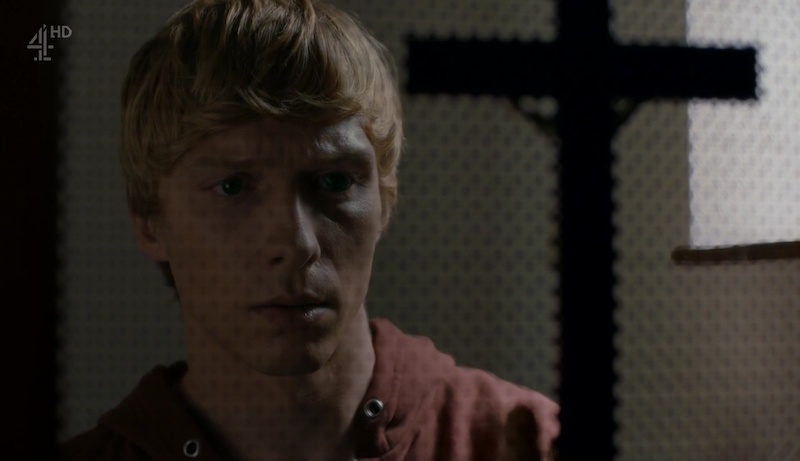 Falling somewhere in between the creepiness of synth-children and the delights of the food-fight is Odi’s (Will Tudor) adventures in finding a new purpose. The notion of a synth finding God was an intriguing one, and even if that’s not the ultimate route that the show goes down, Odi’s “confession” was still a wonderfully sweet and funny moment, even as every scene with Tudor’s broken ‘bot drips with undeniable melancholy. Of all the characters in Humans, Odi’s journey is still the most affecting.

Mattie (Lucy Carless), meanwhile, got to hang out with Leo (Colin Morgan) and Hester (Sonya Cassidy), for some reason. Ostensibly it’s to share the news that she’s completed the synth code, but it may also be because she fancies him. Quite why she thinks telling Leo about the code would be a good idea I’m not quite sure, but at least she soon recognises that Hester is bad news. Mattie’s motivations don’t track particularly well here, alas, and it seems rather too easy for her to track the pair down, given that they’re supposed to be experienced fugitives on the run. Either way, she’s in way over her head — especially come the episode’s end, when Mia seems to side with Leo and Hester in wanting to exploit her new code for their own ends. 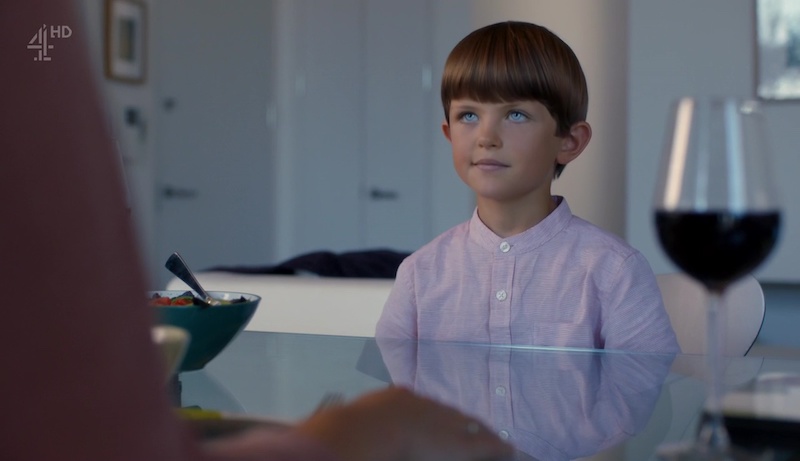 Elsewhere, Max (Ivanno Jeremiah) finally cut Leo off, even as you suspect he’ll still end up trying to help his old pal. It all seems set for a big showdown between the two. Which side will Leo pick: Max or Hester? Of course, Niska (Emily Berrington) remains a potential wildcard. She went on the run, in a sequence that showcased how prevalent synths are in the everyday world of Humans, and eventually took refuge with the one person she can trust: Astrid (Bella Dayne). While last week’s explosive action seemed to imply that Niska might become some sort of synth revolutionary, perhaps she’ll be happier simply eloping with the woman she loves?

Nearing the end of series 2, and there are still plenty of balls in the air. Don’t be surprised if some of them don’t land until next year…