In some ways, the most incredible thing about Jill Soloway’s Transparent is its running time. In half an hour Soloway manages to pack in more complicated ideas, careful plotting, and deft characterisation than some dramas manage over the course of an entire season.

Wait a minute, you might claim at this point, ‘isn’t Transparent a comedy?’ Nominally, yes—and don’t get me wrong, it’s often very funny, but I’d argue that people have billed Soloway’s show as a comedy simply because each episode lasts 30 minutes. The reality is more complicated: we are deep into the era of binge television and the barriers between what’s a comedy and what’s a drama are increasingly blurred. This is particularly true in the case of Amazon’s two most successful shows: Transparent and the classical music tale Mozart in the Jungle exist in a grey area, neither out-and-out comedies nor traditional hour-long dramas, they demand to be watched in single sittings, firing up the next episode even as the title credits fade.

Transparent, in particular, demands this because of the strength of characterisation. The Pfefferman family, squabbling, difficult, doubting, occasionally neurotic, always funny, feel recognisably related to each other. We feel their small jabs, recognise the battles begun in childhood, see how they’re still playing out old family games. And that resonates because even in the least complicated, happiest families some trace of difficult dynamic will still be in play. 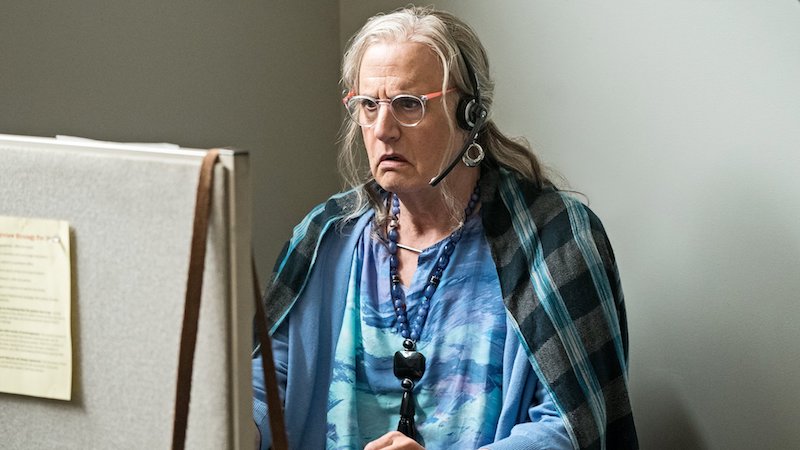 The show’s third season had a lot to live up to following the creative intensity of season two, with its jumps through time and emotional ending, but Soloway is an astute storyteller and her answer was a slow, thoughtful, intense season that dealt with issues of intersectionality, religion, and death.

The main plotline revolved around Maura’s (Jeffrey Tambor) decision to have gender confirmation surgery. “Why am I not happy?” she asks at the beginning of the season. And it’s an important question. Maura has transitioned. She’s in a good relationship. She has friends, yet something is still missing in her life. Quite simply, her body feels out of line with her soul — she’s a woman and yet physically she feels incomplete. Yet while Maura’s quest is an important step on her journey, it tests her relationships and ultimately her own faith in herself with the devastating revelation that a shaky heart means that the surgery is not viable. In a moving scene in the finale she appeared to come to terms with that, throwing her constricting Spanx underwear into the sea with daughter Ali (Gaby Hoffman) and remarking “it’s one thing to wear this stuff if you know you’re going to transform into… a new shape, but otherwise it just feels like a costume. It feels like I’m hiding. It feels wrong.”

Most of the Pfeffermans also spent the season hiding in some way; caught between who they are and who they want to be. Sarah (Amy Landecker) delved deep into Judaism, searching for answers in religion and debating whether or not to return to her ex-husband following the collapse last season of her marriage to Tammy (Melora Hardin), the woman she had left him for. Josh (Jay Duplass) floundered in the wake of his break-up with Raquel (Kathryn Hahn), a situation which worsened following the suicide of Rita (Brett Paesel), the woman who abused him as a teen and whose actions the rest of his family have been in collective denial about, to the extent of covering up their knowledge of her pregnancy all those years before.

Youngest sibling Ali, meanwhile, was more on the back-burner this season, still in a seemingly functional relationship with Leslie (Cherry Jones)—although even that was showing signs of falling apart come the finale—and still just about the only family member who could get on with the rest of them. Meanwhile, mum Shelly (Judith Light) struggled to bring her one woman show—the fantastically titled To Shel and Back!—to fruition, while dealing with the continued issues surrounding her own childhood abuse and Rabbi Raquel, having moved on from Josh, was still dealing with the fall-out from her miscarriage. 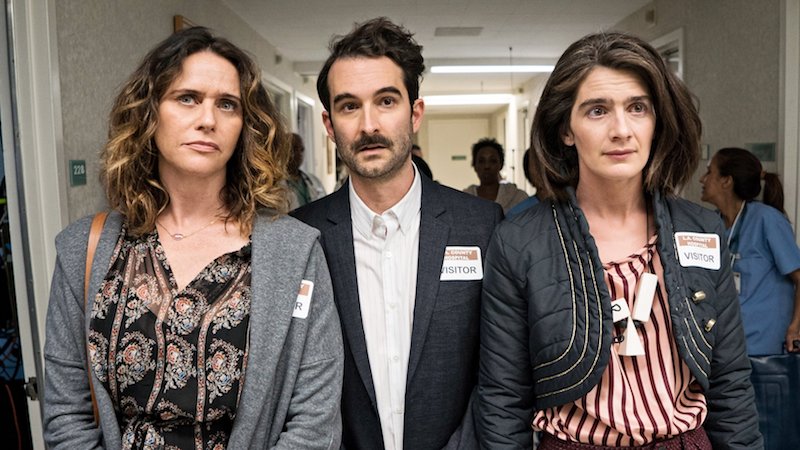 Put like that those plot lines all sound very dark, and with a different writer Transparent would definitely be in contention for the most depressing show ever created. However, in Soloway’s hands, angst and horror is leavened by warmth, humour, and an honest understanding of what makes even the most troubled and conflicted families tick. For every dreadful moment, there’s one of hope and the promise of reconciliation. Even Josh’s bleak ending to the season, which saw him first pushing Ali away and then rejecting his family, before dumping Rita’s ashes over the ocean liner, where the family are all gathered for a makeshift Seder (another wonderful thing about Transparent is how it’s an openly Jewish show tackling Judaism with a sharp eye) is not without promise. With Rita truly gone he can try and move forward on his own terms. It’s up to him now how he does so.

And for all that the season was often gloomy—there were times when the Pfeffermans’ collective misery and sense of them moving in circles did almost threaten to become too much—it ended on a gloriously redemptive moment with Shelly, so often the butt of her family’s jokes and the show’s broadly drawn light relief, finally given her moment in the sun, standing on the ship and belting out Alanis Morissette’s “Hand in My Pocket” with all the power and sparkle of a Borscht Belt pro. It was a genuinely moving moment and one that demonstrated this show’s emotional intelligence and power.

It also highlighted the main reason Transparent can’t be boxed off as either comedy or drama: it’s a messy, sprawling mix of humour and despair, of moments we remember fondly and moments we try to black out and forget. It’s funny and furious and devastating and wonderful. The neurotic, self-obsessed Pfeffermans are both heroes and villains in their own story, just as we all are. For the great strength of Transparent is that more than any other show on television it captures what it means to be alive.

DOCTOR WHO – Series Eight, Part One