With every update of iOS or release of a new Playstation, consumers demand improvements informed by constructive criticism. The same is true of all television shows; perhaps more so for dramas like AMC’s Halt and Catch Fire, which clearly didn’t arrive in the best of shape. It didn’t help that most presumed this was the network’s Mad Men replacement—mainly because both are period pieces with a handsome, charismatic salesman in a leading role. That misconception probably wasn’t why mainstream audiences kept a wide berth, however—which they continued to do throughout season 2. In the U.S, less than half a million viewers were watching each episode. I guess the idea of a relationship drama set during the 1980s home computing boom (when laptops were the size of suitcases and large CRT monitors mostly came in shades of beige) just doesn’t appeal to non-geeks.

I was certainly amongst those who found season 1 a very frustrating ordeal, although the story certain began to take shape and gained a better pace towards the end—particularly when the concluding episodes concerned IP theft at the annual COMDEX in Las Vegas. Amazingly, the changes that have been made for Halt and Catch Fire’s sophomore season represent a keen self-awareness of what was working, what wasn’t, and which characters audiences liked. 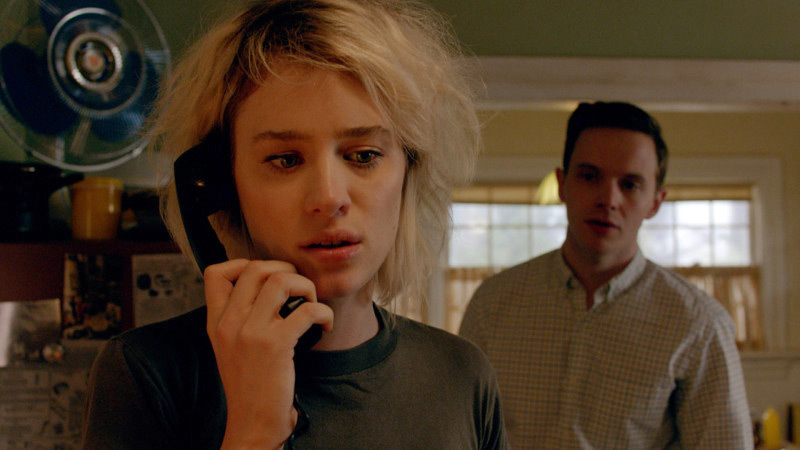 The two central women on the show are prodigious computer programmer Cameron Howe (Mackenzie Davis), whose innovative talent comes with an unhealthy mistrust of authority; and Donna Clark (Kerry Bishé), a sensible mother who once partnered her husband Gordon in a failed engineering project that led to her taking a career break to raise their kids. While they were never two-dimensional “girlfriend” and “wife” characters, there to give lazy dimension to Joe and Gordon (although Donna came perilously close early on), it was clear that the show’s creators envisaged the men as the characters whose odd friendship would be the main reason to watch. How wrong they were. 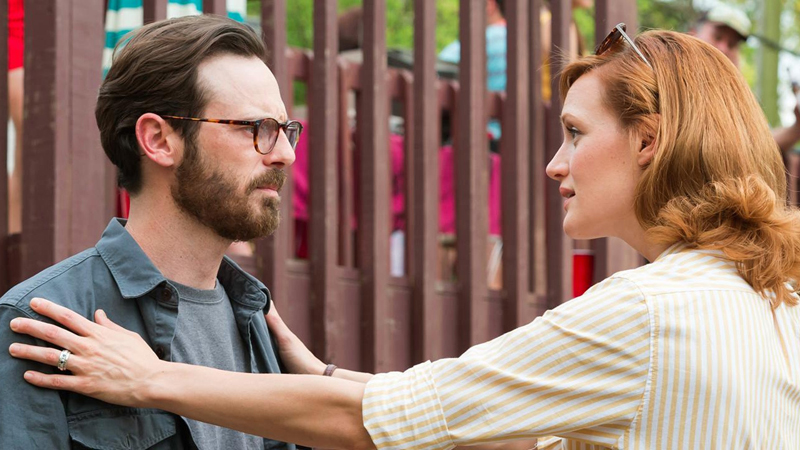 Unexpectedly, but brilliantly, the story’s gender focus swung the other way for Halt and Catch Fire’s sophomore year. It’s 1985 and Cameron and Donna have become partners in startup company ‘Mutiny’; focusing on chatrooms and online gaming, during a time when more people owned a Nintendo than a modem. Indeed, while the first season had fun moments making us realise how far technology’s come when it comes to portability, season 2 was considerably more interesting for tackling the birth of social media and gaming that infiltrates every hour of our waking lives 30-years later. It’s also very impressive how the show involves women in an industry synonymous with antisocial male nerds (at least in the ’80s), without it ever being treated as unusual and worth commenting on. Their abilities were never in serious question, by anyone, which was great.

The guys are still around, of course, but find themselves pushed into the background slightly—which certainly helps Joe’s divisive character, whose inscrutability became almost laughable in early season 1. Joe’s since become engaged to beautiful journalist Sara Wheeler (Aleksa Palladino) and in the premiere begins working a low-level data entry job for Westgroup Energy; a big company her oil magnate father Jacob (James Cromwell) runs. Joe notices a way to make his future father-in-law easy money by time-sharing unused capacity on his company servers (which might benefit his old friends at Mutiny, as a peace offering), and so begins his slow climb back up the corporate ladder. 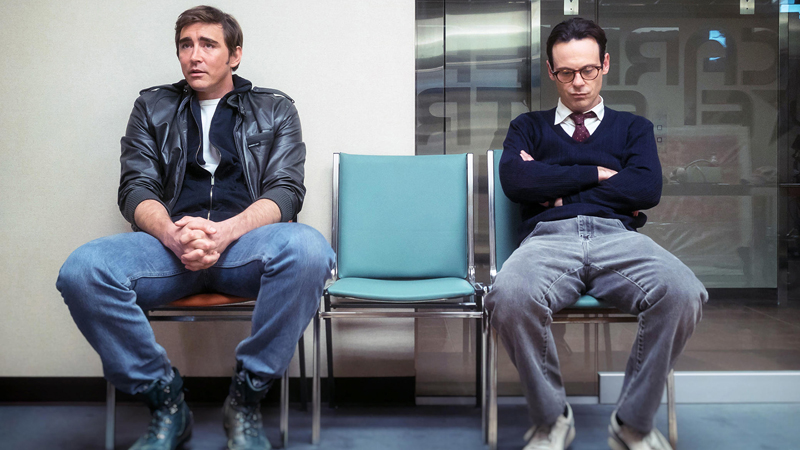 It’s Gordon who suffers most from season 2’s switch to following the ups and downs of Mutiny’s fledgling business, as there really isn’t too much for the character to do now he’s mostly detached from Joe’s side of the story. Some of that is intentional by the writers, as Gordon’s separation from his preoccupied wife is part of the reason he has a fling, but it was still noticeable how little Scoot McNairy got to do compared to last time. That said, a subplot where Gordon discovers he’s dying from a degenerative neurological disorder (caused by ingesting solder over many years) provides McNairy with some of his best material yet, and seeing the early effects of memory loss was also very emotional. The familiar instance of forgetting where you parked a car became quite frightening during one scene.

For all its undeniable improvements, Halt and Catch Fire suffered from something that affects a great many shows these days: audiences rarely return to give something they disliked a second chance, even when they hear it’s improved from trusted sources. There’s such an abundance of good scripted TV around that viewers have the luxury of being extremely choosy about what earns their time; and because Halt and Catch Fire suffered from a debut season I’d charitably describe as “mixed”, it doesn’t matter the second turned things around.

Credit to the producers for making several brave creative choices (that actually paid off), for the writers finding ways to play to their cast’s strengths, and for repackaging the show into a more appealing guise… but most people weren’t interested in Halt and Catch Fire 2.0. Maybe AMC needed a salesman of Joe MacMillan’s calibre to persuade folk to tune in; but with dismal ratings, no Emmy or Golden Globe nominations, and very limited online buzz, I’d be very surprised if Halt and Catch Fire hasn’t flamed out.

Written By
Dan Owen
More from Dan Owen
This week on Game of Thrones, there were two heartfelt reunions, two...
Read More