Inspired by the timeless tale of a man driven by illusions, directed by a man who uses illusions to tell timeless tales, The Man Who Killed Don Quixote finally arrived. Labelled as the most accursed film production ever, the story behind the making of this film is a page-turner itself! Terry Gilliam (Twelve Monkeys) started work on the project in 1989… only to see it become a case study for how many things can go wrong in filmmaking.

The film, which assembled star names like Johnny Depp, Robin Williams, Jean Rochefort, and John Hurt, suffered for such a long time that a 2002 documentary was released about its misfortunes: Lost in La Mancha. 16 years later, The Man Who Killed Don Quixote finally premiered at 2018’s Cannes Film Festival. No wonder the story now begins with a note proclaiming it’s the result of a quarter-century-long scrimmage.

In the plains of Spain, American commercial director Toby (Adam Driver) is suffering from artist’s block and an identity crisis while shooting an ad featuring ‘Don Quixote’ from Miguel De Cervantes’ classic novel. His boss (Stellan Skarsgård) tries to get him out of his funk by introducing him to a gypsy (Óscar Jaenada) who gives him an old film about Quixote… and, to his surprise, Toby learns he directed it as a student project that started his Hollywood career. And once Toby further recalls filming scenes at a nearby village, he ditches the commercial to rediscover the truth of what happened back then.

Toby nervously approaches those he spent time with as a younger man and realises how his filmmaking destroyed people’s lives. The bar owner’s daughter Angelica (Joana Ribeiro) became an escort because Toby filled her head with dreams of movie stardom and she fell into an abyss chasing the impossible. The town’s shoemaker who played Don Quixote (Jonathan Pryce) was so psychologically damaged by having to portray the character realistically that he still thinks he’s the real Quixote. Toby appears to the cobbler as Sancho Panza, Quixote’s squire in the story.

Toby tries to escape this bizarre situation, but events force him to duel with this delusional Don Quixote and play, against his will, the role of Sancho Panza. Together they set out on an unlikely adventure that evokes the events of the book-turned-movie, that’s eccentric and unpredictable in Gilliam’s usual way.

At one point they meet Angelica the escort, now owned by evil business tycoon Alexei Miiskin (Jordi Mollà), and Toby notices marks of physical abuse on the woman who once played Dulcinea in his student film. And so “Sancho” (Toby) and “Don Quixote” (the cobbler) decided to help her escape from the grip of Alexei, finding themselves at a fancy party Alexei’s throwing that pays homage to the second book in the Don Quixote saga. There are a further number of twists and turns before the movie climaxes in a convoluted manner.

It’s no surprise that after almost three decades of a troubled birth, The Man Who Killed Don Quixote is layered with different concepts. Ideas like putting Don Quixote in a vulnerable modern scenario to adjudge his relevance as it was in the 17th-century Spain is a daunting task itself. Mixing with it other ideas, like an artist discovering how his naive attempt at creativity affected people so negatively, told through an almost separate ‘fish out of water’ plot, is a brave move full of risks. And so, when Gilliam tries to splice it all together… it’s no wonder the narrative becomes a mess that overcomplicated what should have been a simpler film.

Nobody minds Gilliam failing as long as he does so artistically. He tries very hard to be inventive here, aided by cinematographer Nicola Pecorini (The Imaginarium of Doctor Parnassus), who does a stunning job with so much beautiful imagery, but what stops this being a total dud are the performances. Adam Driver continues to prove why he’s the next big thing in Hollywood. His performance as Toby is praiseworthy, as he manages to keep audiences hooked despite the seemingly random series of events Toby endures. As one of the forces that helped revive this project, parlaying his Star Wars success into finally getting it made, his meticulous performance is a highlight.

The word “destiny” bonded with the movie after it premiered at Cannes. The word also fits Jonathan Pryce as Don Quixote. He seems completely in control of the character, introducing us to a strange world of delusion. He forces us to see how emotions in an illusionary world are as real as our own. Pryce jokingly said in an interview that Gilliam was waiting for him to become old enough to play Don Quixote. It’s hard to disagree after seeing the film.

The Man Who Killed Don Quixote isn’t a calamitous failure. It’s just burdened with overinflated expectations and ambition. Almost 30-years in the making, this is a movie Terry Gilliam just had to just get out of his system… but there’s a lingering feeling it should’ve been better after so long to finesse the script and vision. He seems to have given it his best shot, hoping things would fall into place and magically create something truly worth the long wait. Sadly, he was wrong. 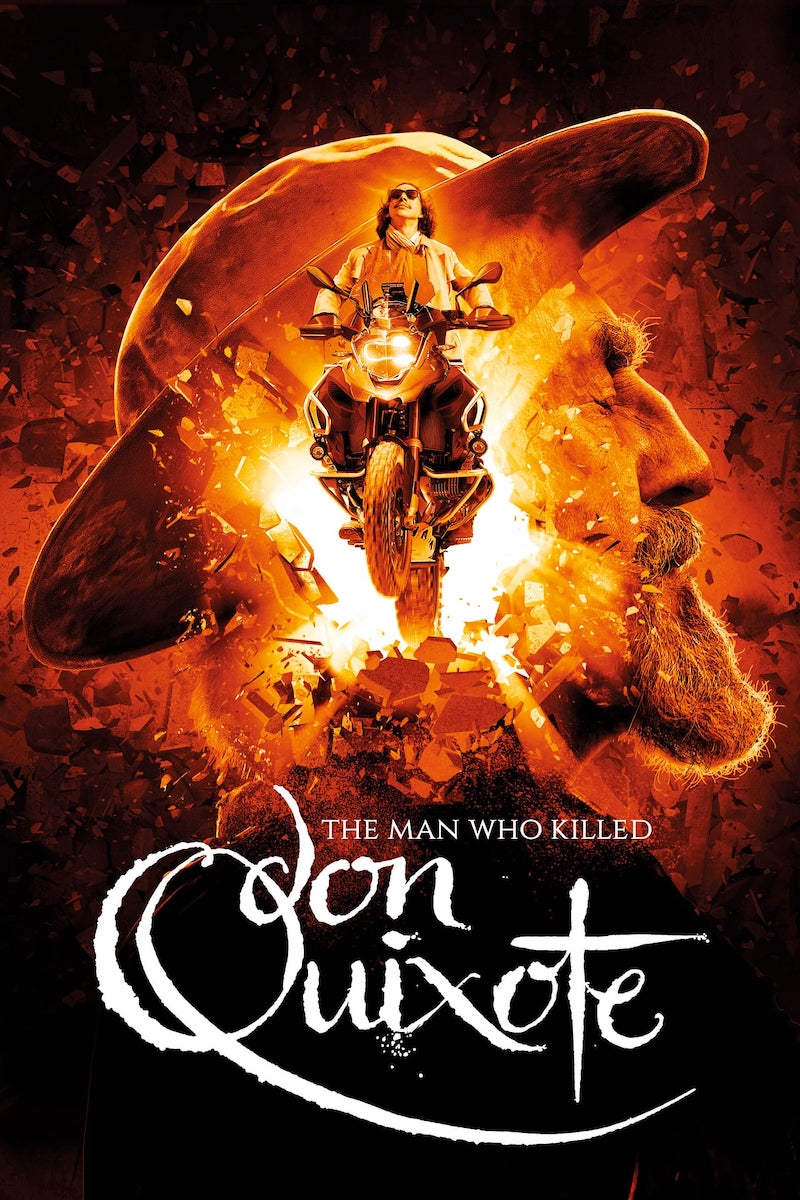