Titles don’t get much longer, or comedies more epic than Stanley Kramer’s Oscar-winning It’s a Mad, Mad, Mad, Mad World (hereafter Mad World). The director had made his name with social dramas about weighty issues like juvenile delinquency in the The Defiant Ones (1958), nuclear war with On the Beach (1959), and Nazi war crimes in Judgment at Nuremberg (1961), so Mad World (1963) was a strange departure that’s since become his most famous work.

Kramer became interested in this project after co-writer William Rose sent him a one-page treatment for a chase comedy across Scotland, then titled So Many Thieves. It was later renamed Something a Little Less Serious, then became Where But in America? after the setting was shifted across the pond, before One Damn Thing After Another and It’s a Mad World were considered. The latter working title was then comically elongated over time. The title was perhaps derived from Mad magazine, as the movie has a similarly anarchic spirit to that famous publication. The theory gains credibility when one of the magazine’s best-known artists, Jack Davis, was commissioned to design many of Mad World’s posters. 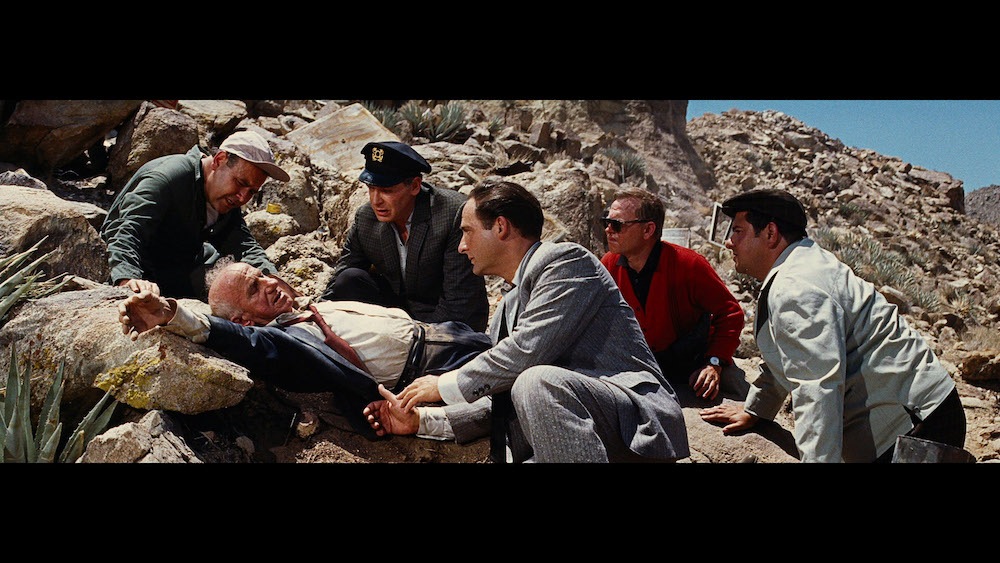 The 1960s were a period in entertainment where the threat of televisions was playing on the minds of studio executives. Filmmakers feared audiences would favour staying at home over going to the cinema, and paying money for the privilege, so efforts were made to ensure the big screen experience offered something TV didn’t. Half-a-century later, in the age of IMAX and 3D, does any of this sound familiar?

Back then, studios aimed to ensure major releases were as glamorous and grandiose as possible. That’s partly why Mad World was crammed with popular celebrities of the time, and why Kramer wanted to shoot it on Ultra Panavision 70 in “one-projector” Cinerama. That’s 70mm film print displayed on an enormous curved screen, intended to synchronise images from three standard 35mm projectors. Does a knockabout comedy warrant the kind of high-end presentation 2001: A Space Odyssey or Laurence of Arabia enjoyed? It’s debatable, but you can’t doubt the ambition. 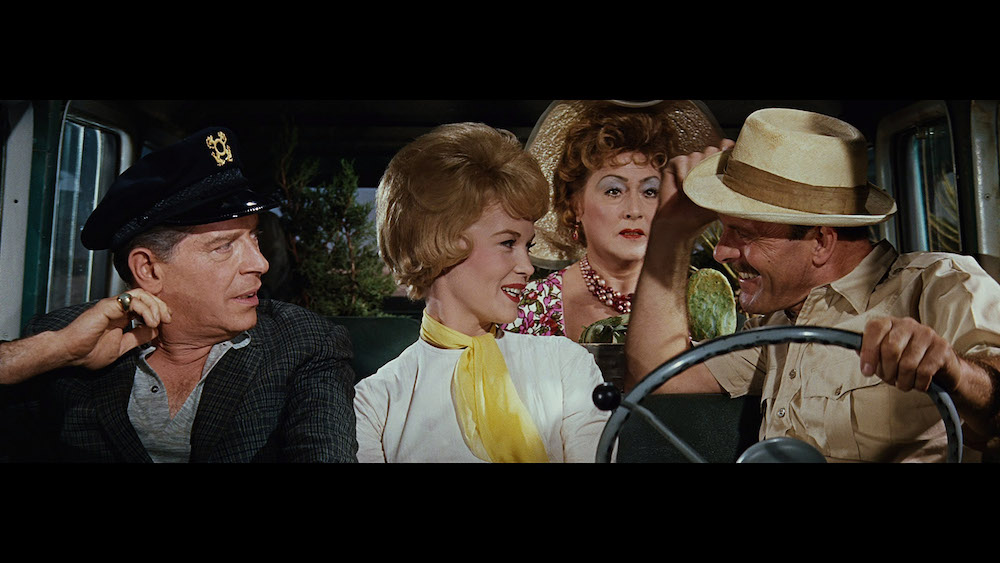 Mad World remains an irresistibly madcap experience. One that’s been very influential and often parodied through the decades.

Sadly, Grogan dies of injuries sustained in the road accident, but not before revealing to them that he’s buried $350,000 ($2.7 million today) in Santa Rosita State Park “under a big W”. Initially agreeing to cooperate and keep the treasure a secret from the police, the group’s inability to settle on how to share the money forces them into a selfish race to claim the buried cash. 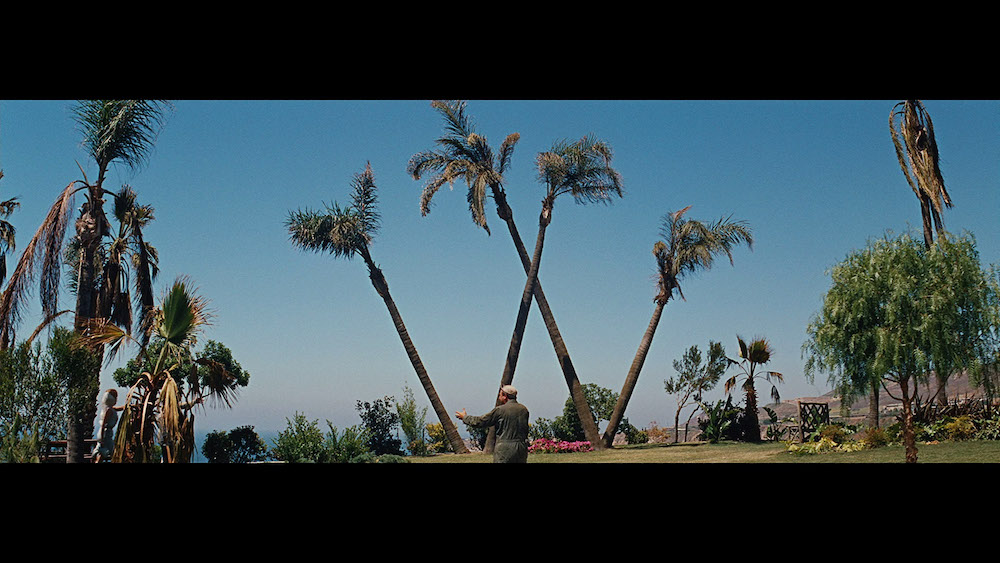 And those are just names drawn from the main cast, as Mad World plays host to a variety of starry cameos, such as vaudevillian Jack Benny (in an uncredited appearance), screen legend Buster Keaton, comedy icon Jerry Lewis, William Demarest (My Three Sons), actor Don Knotts (The Incredible Mr. Limpet), silent era superstar Zasu Pitts (in her last film appearance), and even The Three Stooges. 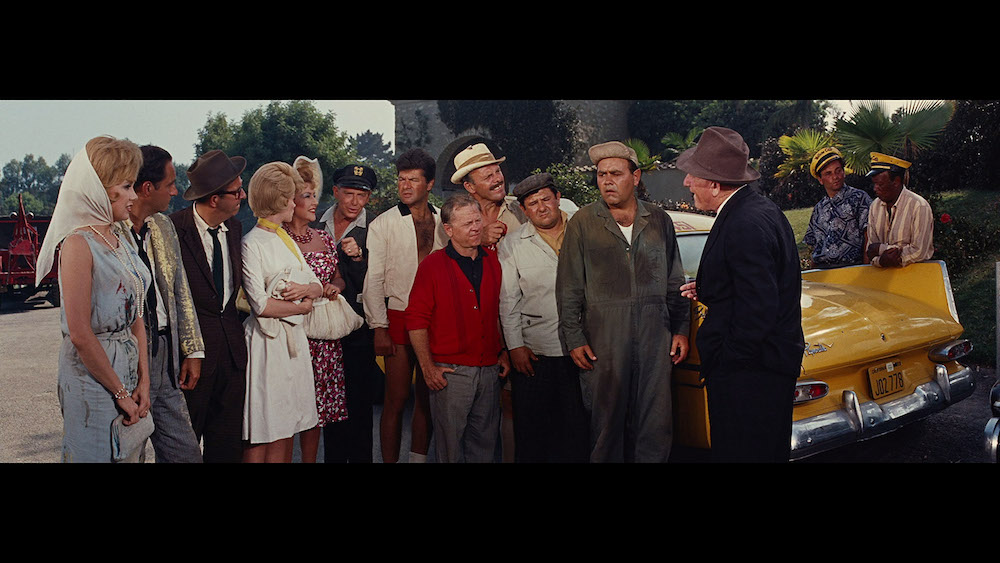 It’s fair to say some of its A-list names have faded in the public consciousness, and some were never well-known outside of American at the time. It’s also true that Mad World isn’t laugh-out-loud funny anymore, and I’d argue it was never a particularly great comedy. You remember the visuals and perhaps some of the slapstick sequences, but there are no classic jokes or memorable one-liners that have echoed through the years. It’s just such a resplendent way to bring a simple idea to life, so you can’t help being swept along by the sheer madness of the endeavour. The colours alone are sublime in high-definition, with some wonderful landscape sequences of California from the early-’60s. The sheer Americana of the beautiful cars and fashions has now turned Mad World into a captivating time machine.

But you can’t overlook the fact it’s infamously too long, in either of its many forms. The original cut was a ludicrous 210-minutes (that’s 3 hours 50 minutes), while the popular “roadshow cut” was trimmed to 192-minutes (3 hours 20 minutes), and even the shortest cut will steal 161-minutes (2 hours 8 minutes) of your life. And while this must have offered incredible value for money during its theatrical release, modern sensibilities mean it’s a struggle to sit through at home. Still, none of the movies it directly inspired — Scavenger Hunt (1979), Million Dollar Mystery (1987), Rat Race (2001) — have ever replicated its charm. 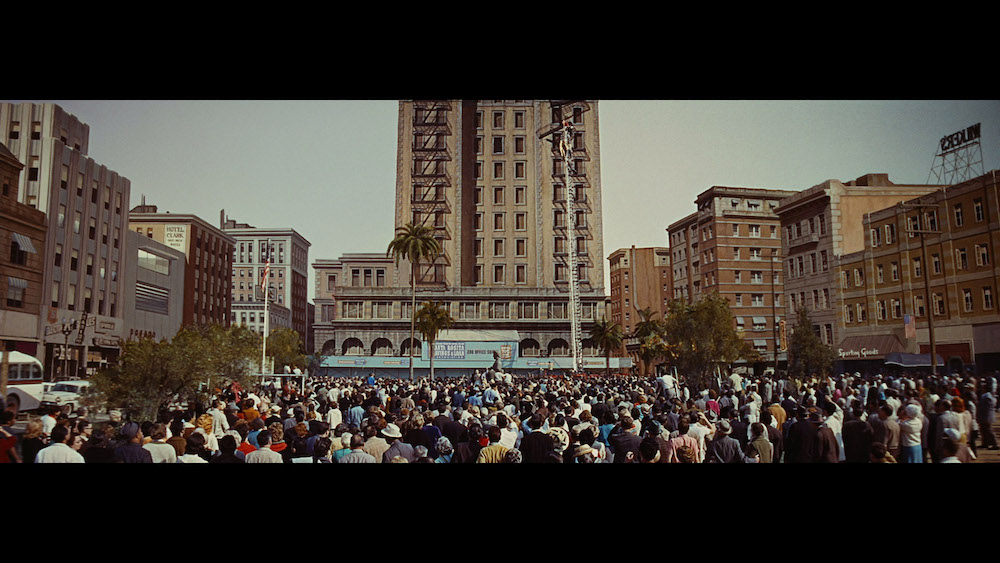 Mad World is an endlessly fascinating artefact for fans of Hollywood history. “They don’t make ’em like they used to” is the old refrain, but that’s so true for this movie. It assembled a remarkable mix of talent, and almost everything was created practically (except the climactic fire ladder set-piece, which was done with stop-motion using experts who’d work on King Kong). Despite costing a then-astronomical $9.4 million to make, it earned back $43.6m in the US ($348m today) and became the third highest-grossing movie of ’63. One has to wonder if this is because it was released mere days before John F. Kennedy’s assassination, so perhaps it was instrumental in helping lift American spirits back then.

Adjusted for inflation, Mad World is still one of the most successful films ever made, and won the Academy Award for Best Sound Editing. It was also nominated for cinematography, film editing, sound recording, music score, and original song.

It’s an important film all cineastes needs to see, but the laughs are in short supply now it’s become a little dated. I still enjoy most of the performances (where else will you see Terry-Thomas and Phil Silvers share the screen?), and the quality of that incredible cast means Mad World is never a dull moment. But many of the characters are conspicuously unlikeable, the material doesn’t compensate for the ridiculous runtime, there’s now a racist streak to some of the comedy (like seeing a black family getting run off the road and losing all their possessions in the process), and the second half descends into loud chaos.

However, it’s also true that It’s a Mad, Mad, Mad, Mad World is an enduring look back at the Classical Hollywood period of ambitious star-studded event pictures. If you have two, three, or nearly four hours to spare one Sunday afternoon, you could do far worse. 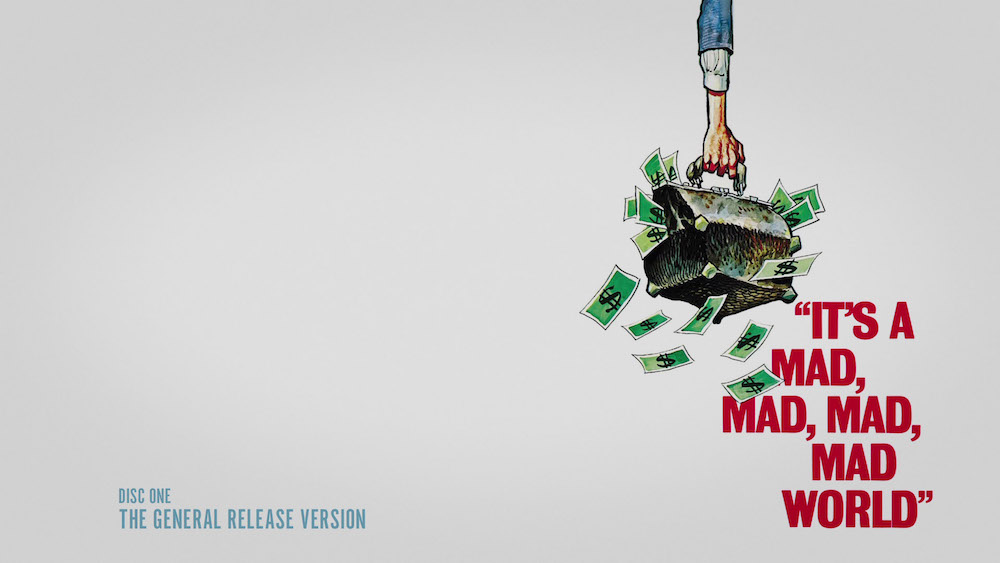