The Flash is often bursting with promising ideas, but it risks running them into the ground through repetition. Time travel and the consequences of changing the past have fuelled much of the adventure so far, but if there’s a lesson for the writers from season 3 it’s that some of this material’s wearing thin. Nevertheless, this comic-book drama is still the most satisfying of DC Studios’ television universe, and that’s especially true when it comes to telling character-driven stories that are honest and anchored by emotional performances. But the writers are starting to struggle maintaining a consistent tone while crafting season-long arcs that are both surprising and exciting.

Season 3 kicks off with the reverberations of “Flashpoint”, an alternate universe timeline created by superhero speedster Barry Allen (Grant Gustin) in which his parents never died. Barry eventually realises he has to return to his original life as The Flash, but the effects of meddling with history are far greater than he could’ve ever predicted. His meddling has altered the lives of his friends, and no amount of tinkering with the past can put the pieces back together. This guilt weighs heavily on Barry this year, and informs many of his actions and the difficult choices he makes. 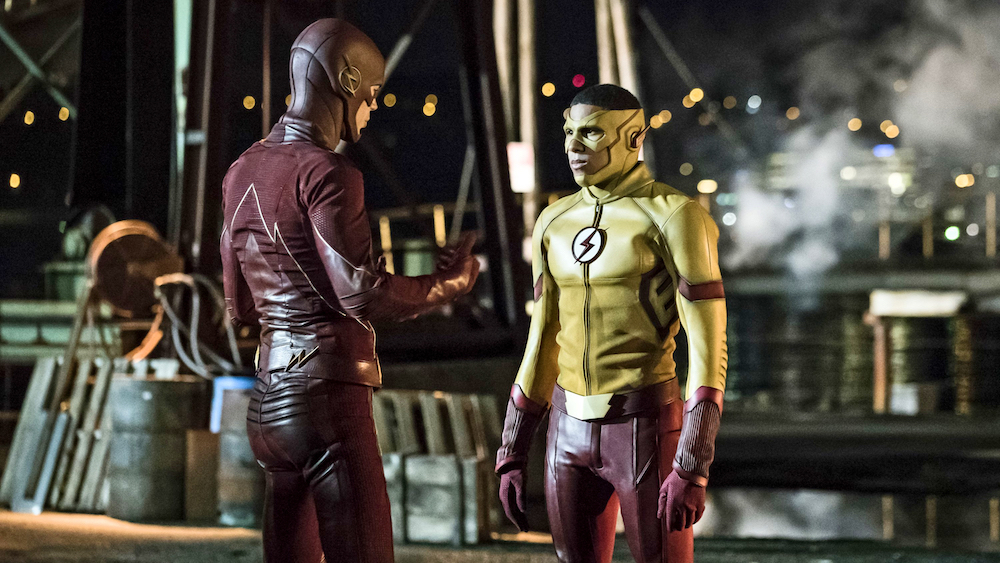 In general, this is a far shakier season for The Flash than the previous two. Not only does it skip an opportunity to use the Flashpoint concept from the comics to give us a peek into a darker, more twisted version of this universe, but the season-long arc consistently fails to deliver. In the computer-generated ‘God of Speed’ Savitar (voiced by Tobin Bell), the writers gives us a third speedster supervillain, which makes it feel like they’re running out of ideas.

Despite some familiar feeling to the drama, though, this is definitely a solid season for many of the key characters. The supporting players have to deal with revelations about what in their lives has changed as a result of Barry’s trip to the past, and for Caitlin Snow (Danielle Panabaker) and Wally West (Keiynan Lonsdale) this even means the emergence of meta-human powers they previously didn’t have. Cisco (Carlos Valdes) also has had to accept the loss of his brother, and Iris West (Candice Patton) isn’t speaking to her father Joe (Jesse L. Martin) at the start of the season. Much of what’s changed doesn’t remain the status quo, but Barry has to acknowledge that he’s responsible for some big and unforeseen differences to the world. 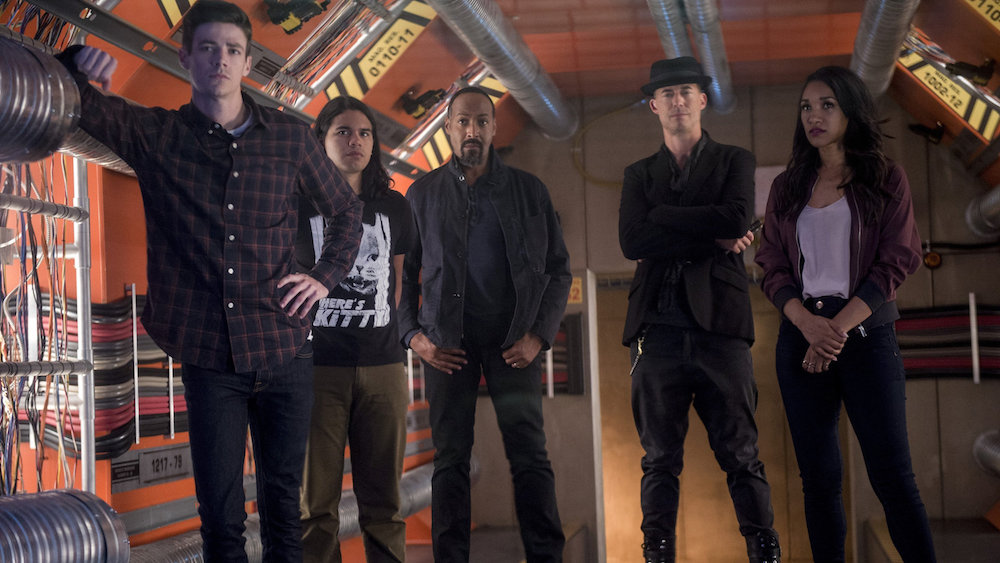 As the season unfolds, there’s entertaining material and exciting twists and turns, even if the tone needed to be 20% lighter and less morose. The Flash gives us brief reminders of its first season optimism, especially in Wally’s journey to run alongside Barry as new hero Kid Flash, but while his character’s arc had potential he didn’t get the screen time he deserved.

Caitlin’s poorly handled descent into villainy, on the other hand, made much less sense, and doesn’t seem to be something motivated by her experiences as a character. She becomes ‘Killer Frost’ seemingly because the story needed her to, not because of a plot that had been successfully woven into the overall themes. One positive, though, is the addition of Tom Felton to the cast as Barry’s CSI co-worker Julian. The character shakes up the team dynamics thanks to his rivalry with Barry, and we discover he’s keeping a fair few secrets too… 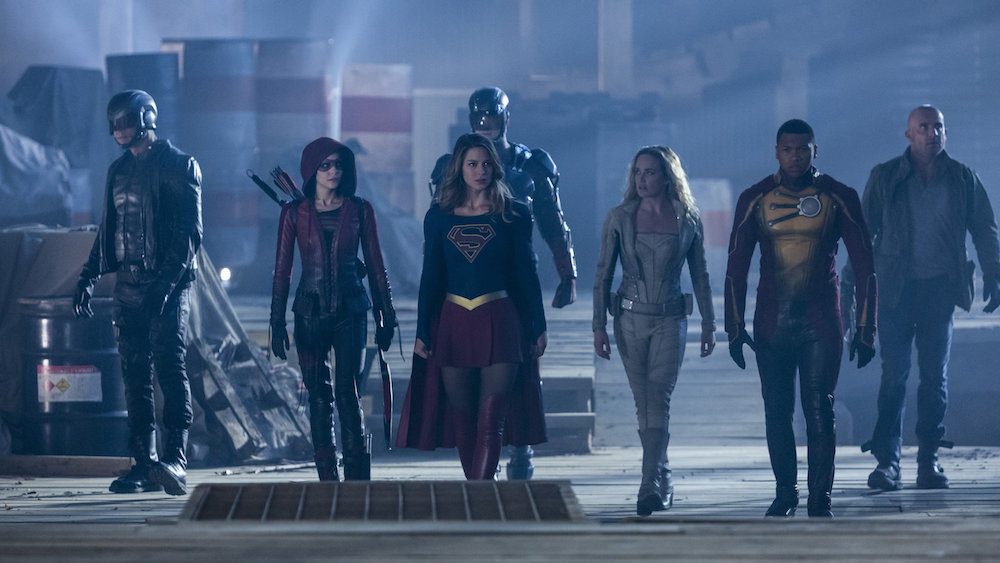 The issue painfully apparent in season 3 is how The Flash is beginning to repeat the same thematic ground over and over again. Take ‘withholding key information from other characters’, for example. The lesson that the team should trust each other has already been covered, many times, yet we keep seeing characters hiding information from each other in ways that exist only to create artificial drama. There are numerous examples of this trend, like how the show is continually teaching Barry that he shouldn’t alter the past, or that the whole team should support each other, or that Barry should be upfront with Iris. It’s growing tiresome to see the show stagnate rather than grow away from these ideas.

Halfway through the season, The Flash does at least regain some thematic focus as Savitar truly steps into his Big Bad role. It’s only after a muddled start that things pick back up, with a glimpse of a terrifying future that gives the team a goal to strive towards. The drama then starts making strides in the right direction. It’s hard not to be invested in seeing the team avert a worrying future, but the writers held off the revelation of Savitar’s true identity for so long that anyone watching could easily guess who the antagonist really was. While the narrative of Barry’s conflict with Savitar does manage to stick the landing come the finale, he struggles to be more compelling than previous villains like the Reverse-Flash and Zoom. Thankfully, the show will be avoiding a speedster opponent for the upcoming fourth season, instead picking from the roster of Flash comic-book villains that haven’t yet appeared on TV. 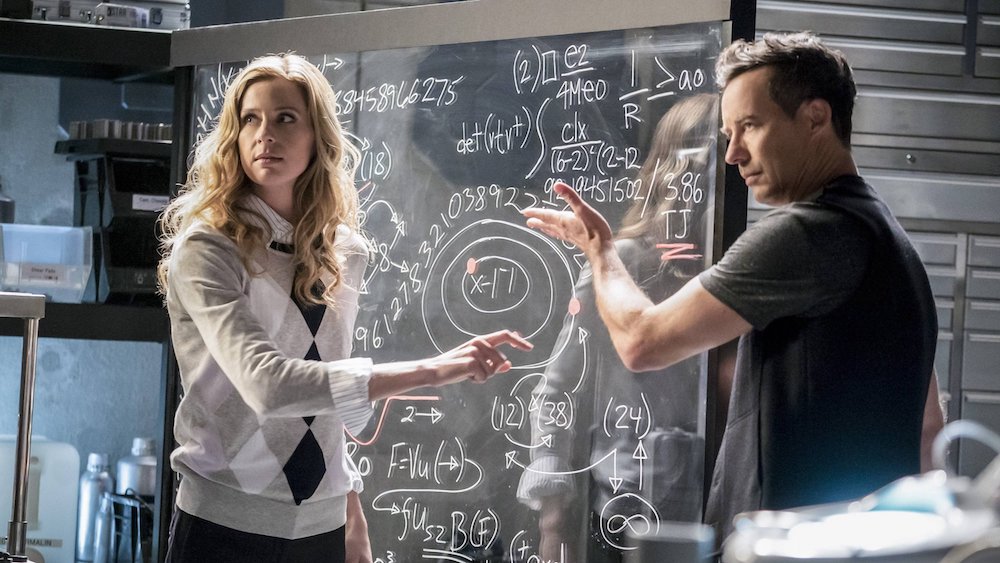 More significant than the plot weaknesses or structural issues is how much The Flash continues to commit to a darker tone. It’s not non-stop doom and gloom yet, but it can get rather bleak for a show introduced as a more upbeat antidote to the moral grey areas explored in Arrow. The enormous four-show crossover this season gives us a chance to see just how terrifically all of the shows in the DC TV universe combine together, but it also highlighted how Barry’s become too much of a conflicted and uncertain hero. He’s lost some of what made him special, and the show really needs to get back to that in season 4. A fun memory loss twist for a single episode showed us that it is possible to reintroduce some of Barry’s core character traits, and it’d definitely be a worthwhile change.

The third season of The Flash isn’t a trainwreck, but it’s hard to imagine it’s anybody’s favourite season of the show so far. Structural issues plague the early episodes, and its generally miserable tone can make the whole thing a bit of a slog to get through. There are sparks of what makes this show so refreshing in the superhero drama pantheon, especially in certain supporting storylines and powerful emotional beats, but there are sadly fewer of these than ever before. If it restores the lighter tone next season, develops a more unusual villain, and stops continually revisiting the same themes, The Flash should hopefully race back to being the most entertaining and exciting corner of the DC TV universe.