The first episode of Les Misérables covers the last year of Valjean’s 19-year prison sentence where he breaks rocks in the Toulon penal colony. After finishing his sentence, Javert reminds him, and us, that one more crime will put him back in prison for the rest of his life. The chemistry between Oyelowo and West is electric, they both inject a subtlety to parts that could easily be overplayed. I’d happily watch six hours of them engaged in a staring contest. West is excellent as the reformed criminal, despite the melodramatic sentimentality of his character, while Oyelowo plays Javert rather like a Shakespearian Luther with a similar gruff voice and swagger. 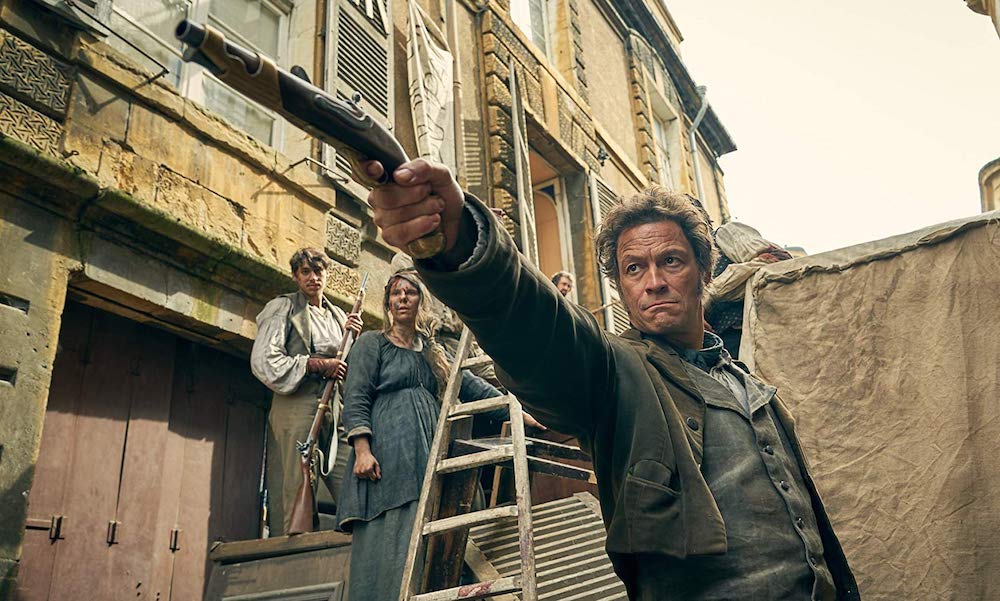 Lily Collins is sadly out of her depth as Fantine, however, a grisette who loses everything after her boyfriend leaves her penniless and with a child. Abandoned, impoverished, and unemployed, Collins’ own “I Dreamed a Dream” is flat and unemotional. Her demise should be a real tear-jerker but instead, the scene where she cuts her hair and sells her teeth is a mere whimper. Collins’ performance can’t hold a candle to West’s, who knows exactly how to show Valjean wrestling externally against Javert and internally against his own conscience.

The miniseries then skips ahead two years, with Valjean once against escaping from prison and tracking down Fantine’s daughter Cosette, who is living with the working class Monsieur and Madame Thénardier (Olivia Colman, Adeel Akhtar). The Thénardier’s are entirely believable in their evilness although it feels like the pair are in a different production to West. Colman and Akhtar create a perfect combination of malice and farce, providing a nice release from the cat-and-mouse main plot. Anyone expecting the straight comedy of the West End musical, be warned, these Thénardier’s are a thoroughly nasty couple. Colman, especially, balances the pathos and the maliciousness extremely well, almost making audiences feel sorry for her when her conman husband strikes her. These scenes are so bleak that Madame Thénardier’s attempt to abandon her own son comes as light relief. 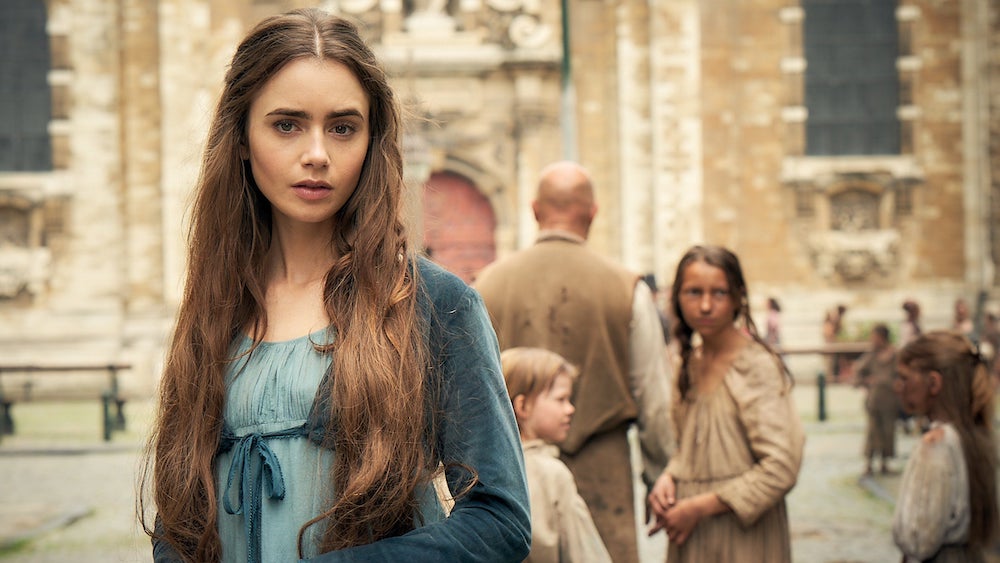 After Valjean pays the Thénardiers a tidy sum to rescue Fantine’s daughter Cosette we may be fooled into thinking this will have a happy ending. But no sooner is Javert on their tale and this dogged determination is presented with next to no context. Javert is a seriously underwritten cartoon villain of the piece, despite an awards-worthy performance from Oyelowo, whose usual range is focused on Javert’s existence being to hunt down Valjean and kill is happiness for no apparent reason. It’s only when he’s allowed out the straitjacket, in the final episode, do we see an unexpected softness in his heart-breaking performance.

Valjean can easily become a cheesy and unbelievable figure with the strength of the Hulk and the selflessness of Gandhi, but West brought a reality to bear. His relationship with the adult Cosette (Ellie Bamber) is especially warm, as a father figure she can trust and love. A relationship that can sometimes appear a little sinister in the original source material is played in this miniseries with a lovely tenderness. He knows she’s not his daughter but the pain of losing her to adulthood is no less painful. Valjean’s actions in the finale episode are a baffling end to a fantastic performance. 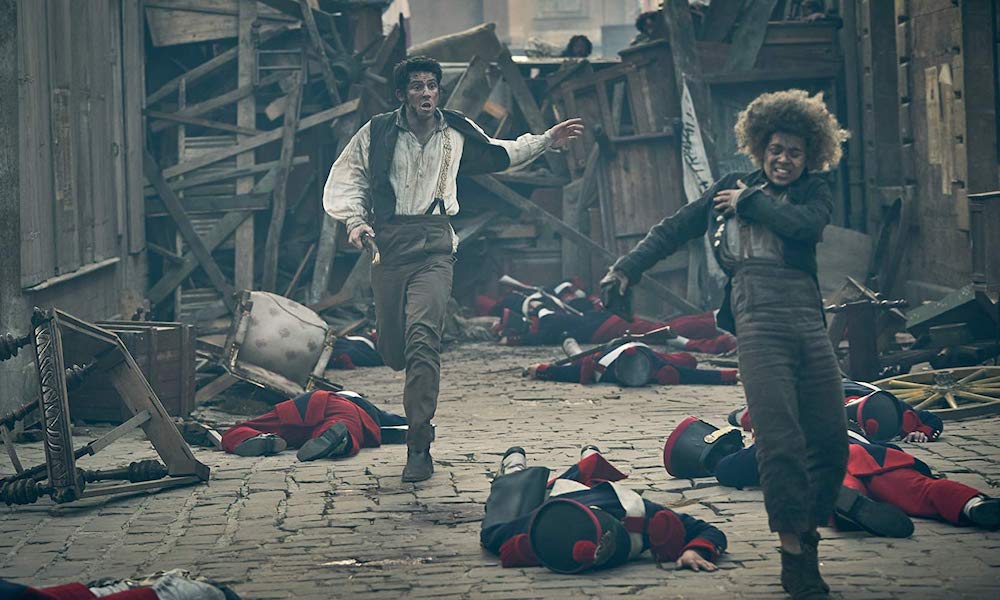 Eponine (Erin Kellyman) is still a criminally underwritten role but played beautifully. She does her best to attract Marius (Josh O’Connor) but he’s put off by her dirty appearance and rotten teeth. Kellyman doesn’t need to belt out “On My Own” to express Eponines tragic love for the only man she’s met who didn’t abuse her. Kellyman’s performance outshines both Bamber and Collins, as the only female character who doesn’t need a musical ballad to show emotion and becomes the only woman you want to spend time with. Sadly, she’s the one you spend the least time with across the miniseries.

Cosette is a swooning girl whose personality is never written further than pretty dresses and an eye for prettier boys. Her unconvincing romance with Marius is all cliched secret meeting amongst roses, screaming “I hate you!” and joining the revolution in a teenage fit of pique. The pair have little chemistry, unlike O’Connor and Kellyman, you can’t help but wish Eponine had gotten the boy. 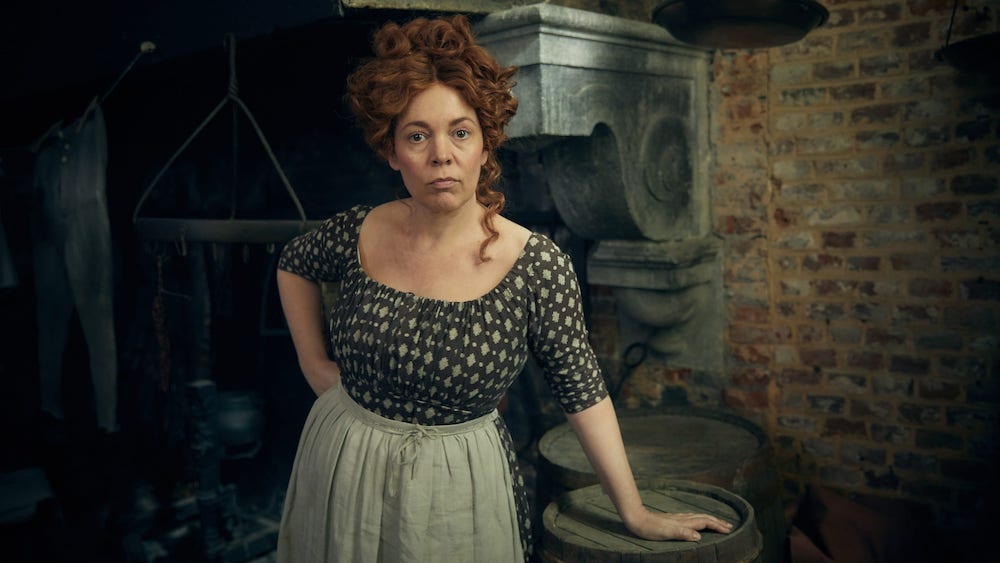 The rebellion members don’t get their moment until the final episodes, where we seeing the culling rebels and the militant villains. Every death is felt, with the camera finding the faces of the dead who stack the bloodstained cobbled streets of Paris. Sadly, we don’t spend enough with the young boy Gavroche (Reese Yates), or rebellion leader Enjolras (Joseph Quinn), to feel the real pain of the loss of their comrades. The final episode struggles with the plot being taken up by the fates of revolutionaries we don’t know or care about.

The finale’s extended 75-minutes are well utilised, allowing every thread to lead to a conclusion. The overriding message that we must all love each other is played with a heavy hand, alas. All the big themes and questions are encapsulated in just a few moments, a fault of Victor Hugo as much as the screenwriter. There are just too many themes about morality, good versus evil, and the idea everything you believe in can vanish in a second, and not enough time to show them onscreen. Some scenes in the finale last mere seconds and the narrative relies on far too many ridiculous coincidences to get us to the end point. West and Oyelowo try their best to maintain the viewer’s suspension but it becomes almost impossible by the finale. 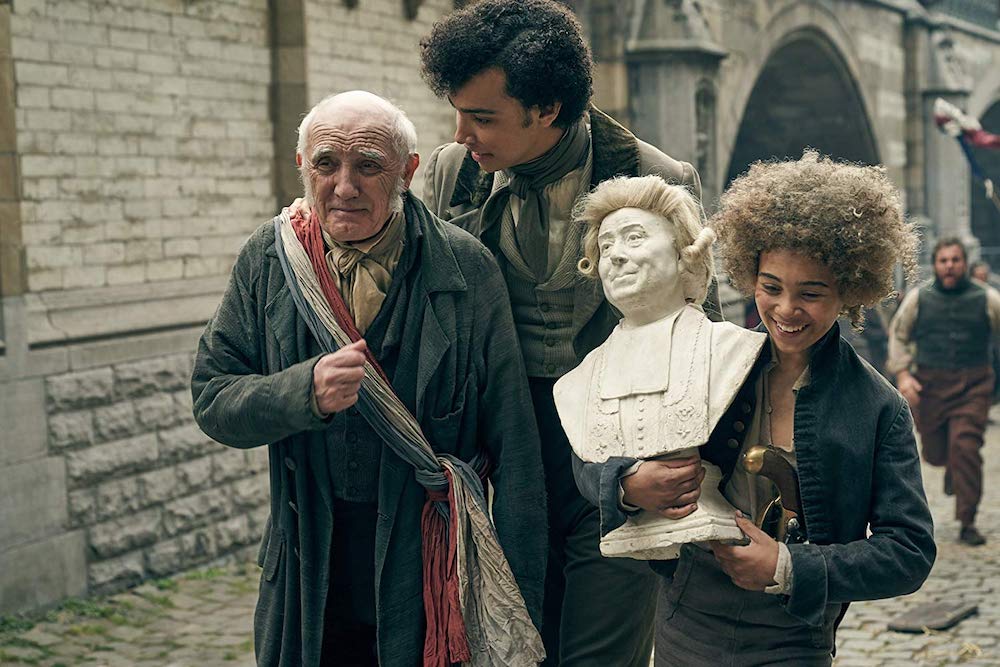 Andrew Davies (Pride and Prejudice) provides a script that fumbles things for such a gorgeous-looking production. There’s no subtext or subtlety to his way through the narrative. The audience suspends too much disbelief during viewing. This show is constantly begging you to wonder ‘what are the chances of that?’ with characters crossing paths across the decades. Javert’s refusal to give up the lamest grudge in history forces viewers to sacrifice any form of realism. No matter how many years pass, no matter how much poverty and war happens in the world, he never gives up his search for a man who once stole a penny and a stale crust of bread. Les Misérables relies too much on coincidences—which is no fault of Davies, admittedly—and whilst Hugo’s meticulously constructed narrative works in fiction it can be hard to stomach in a weekly miniseries.

The novel was an epic tale of the haves and have-nots of 19th-century France, but when slices into six episodes it makes for bland viewing. The BBC should have learned from their War and Peace (2016) miniseries and given it an additional two or four episodes to spread its wings. There are significant pacing issues everywhere, as the premiere and finale are deliberate and slow but everything in-between skips over important plot strands. Les Misérables looks amazing and benefits from two stellar male performances from West and Oyelow, but it will ultimately leave audiences cold and unbothered. 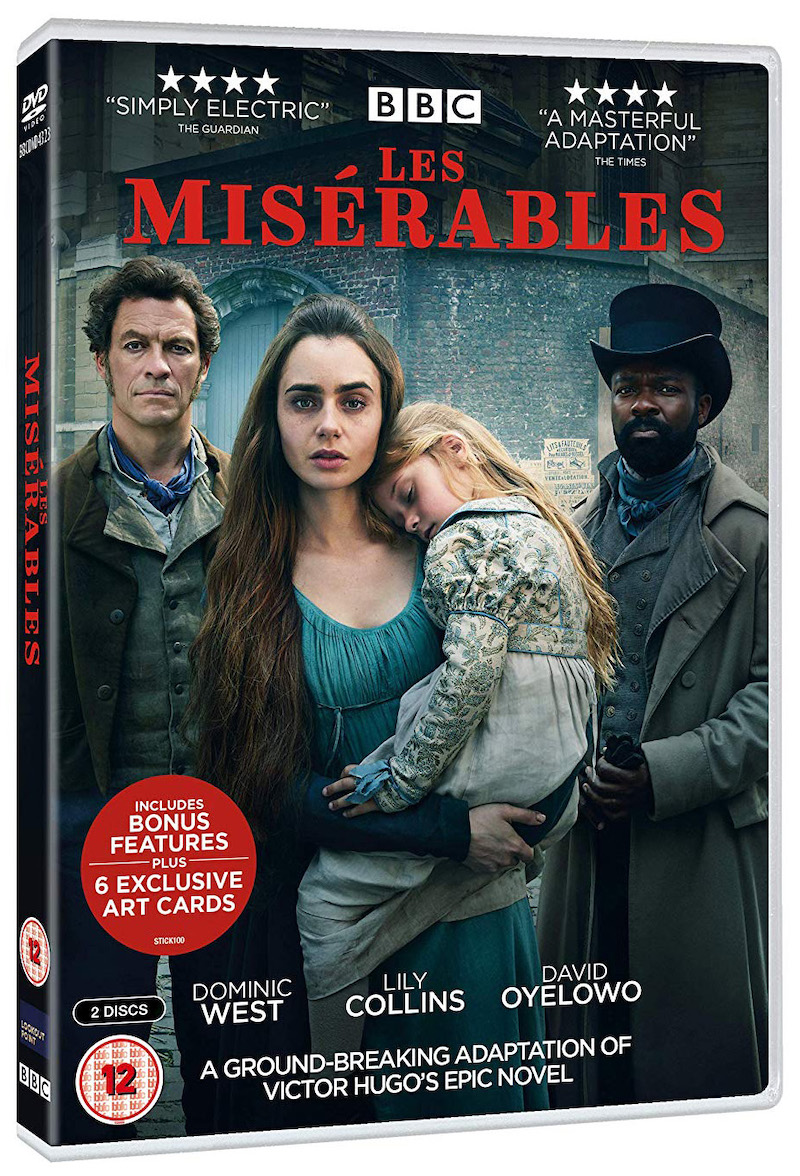