Dwayne ‘The Rock’ Johnson became a household name thanks to appearing in films like of Jumanji: Welcome to the Jungle (2017), Skyscraper (2018), and The Fast and the Furious franchise. However, before that, he was one of the most popular wrestlers in the WWE. Teaming up with his Tooth Fairy (2010) co-star Stephen Merchant, Johnson returns to his roots to produce and cameo in a new family comedy called Fighting With My Family. Written and directed by Merchant himself, it tells the true story of British wrestler Paige (Saraya-Jade Bevis) and how she became a WWE superstar.

Paige’s origin story has already received the documentary treatment in The Wrestlers: Fighting With My Family (2012). Audiences already familiar with it will excuse the occasional retreads here, but it’s a reminder this is all real and the Bevis family have dedicated their lives to the sport. It’s also a reminder of how hard work and determination can result in an outcast being plucked from obscurity, to train with and eventually join the very best in the business.

Fighting With My Family begins with teenage Saraya Bevis (Florence Pugh) and her older brother Zak (Jack Lowden) as they’re play wrestling in the living room. It isn’t long before Saraya’s pulled into the family business, a travelling wrestling company where everyone in the family wrestles, including her father Ricky (Nick Frost) and mother Julia (Lena Headey). Both Saraya and Zak’s dream is to become WWE superstars and they both get to try-out when the WWE comes to London Arena. However, when only Saraya is accepted into their NXT developmental program, the sibling’s paths are divided and it puts a strain on the family. Saraya now must contend with moving to a new country to begin a new life, by herself, leaving her family and support structure behind.

Family life is what elevates this picture, and the Bevis’s are so lubriciously eccentric that they’re a cinematic treasure, portrayed brilliantly by these four actors. Doing the majority of the heavy lifting is up-and-coming star Florence Pugh (The Commuter) as Paige. Looking like she stepped off a Mötley Crüe tour bus, Pugh delivers a naturally confident yet complex performance. Besides her dry comedic chops, what’s most impressive is her in-ring ability. Whilst in the ‘squared circle’ (wrestling slang for wrestling ring), she has the ability and fluidity of a professional superstar. Without the use of any stunt doubles or stand-ins, Pugh is electric and it’s difficult to now imagine her as Katherine from Lady Macbeth (2017).

Following the underrated Netflix thriller Calibre (2019), Lowden adds a highly compelling performance as brother Zak. He’s charming from the off and you can’t help but sympathise for his character. As his sister stumbles in the training centre, he falls down a rabbit hole filled with alcohol and pub brawls. The sibling tension between Paige and Zak is easily the most tantalising element of Fighting With My Family. They both need each other to keep their lives on their destined paths yet they’re both too humble to admit it, forcing them to suffer in silence.

Frost and Headley work brilliantly together and are very endearing as lively parents. They’re given enough screen time to draw the audience in with their loud albeit charming scenes. Frost (Shaun of the Dead) is hilariously uncouth as “Rowdy” Ricky Knight. He’s both believably tough and devoted to his loved ones as the patriarch of a family of British wrestlers. Headey handles Merchant’s script incredibly well, too, straying as far away from her Game of Thrones character Cersei as possible! Headey and Frost are a perfect tag-team to deliver punchlines. All four make a believable, perfectly matched family unit.

The movie is also smart about Paige’s relationship with her trainer Hutch Morgan (Vince Vaughn), a tough mentor and NXT scout. Containing all the drill sergeant attitude he had in Hacksaw Ridge (2016), Vaughn’s rapport with Pugh works brilliantly and I’ve not seen the actor deliver this much sarcastic comic wit and timing since Swingers (1996). Unfortunately, those looking to see Dwayne Johnson’s comedy chops shine will come away disappointed. Acting mainly as the film’s behind-the-scenes producer, The Rock only appears in three scenes that are glorified cameos. Excluding a hilarious joke at the expense of his Fast and Furious co-star Vin Diesel, two of his scenes can be seen in the trailer.

We’ve seen plenty of sports movies that tell the triumphant tale of an underdog overcoming adversaries and becoming the best. With as many training montages as Rocky (1976), this family movie is no The Mighty Ducks (1992) and marks Merchant’s first foray into directing after he made Cemetery Junction (2010) with writing partner Ricky Gervais. Although there’s an abundance of charm and humour there, they’re put in a headlock with its bittersweet tendencies. Along with following Paige’s rags-to-riches story, Merchant mixes up the formula by also tracking Zak’s side of the story as he struggles with being left behind. Delving in to dramatic territory when needed, challenging subjects such as unplanned pregnancies and criminal backgrounds add contrast to the narrative. Merchant successfully shows how brutally unfair wrestling and life itself can be. It’s a story about following your dreams, but also accepting that life isn’t over if you don’t.

Fighting With My Family celebrates the woman at the centre of its story, letting her stand out from the male-dominated WWE industry. Paige struggles with her identity and appearance in the ring, even forgetting her name when introducing herself to other superstars. We watch Pugh struggle with Paige’s insecurities and force herself into a dishonest image to win over fans. Although it’s a cliche message, she eventually realises that being herself makes her in-ring character special and unique. It’s satisfying and feels necessary when telling the stories of female athletes.

It’s also charming how Merchant approaches the sisterhood within WWE. At first, Paige feels pitted against her female counterparts, judging them based on their looks and behaviour. Eventually striking up a bond with each of them, developing camaraderie and forming a new family within the company. Unfortunately, her time within the NXT is brisk and we don’t get to see Paige’s full story. As a wrestling fan, I noticed it failed to point out her most famous achievements (like becoming the first ever female NXT champion) and most notable rivalries. However, I also understand not everything can be squeezed into 108 minutes! 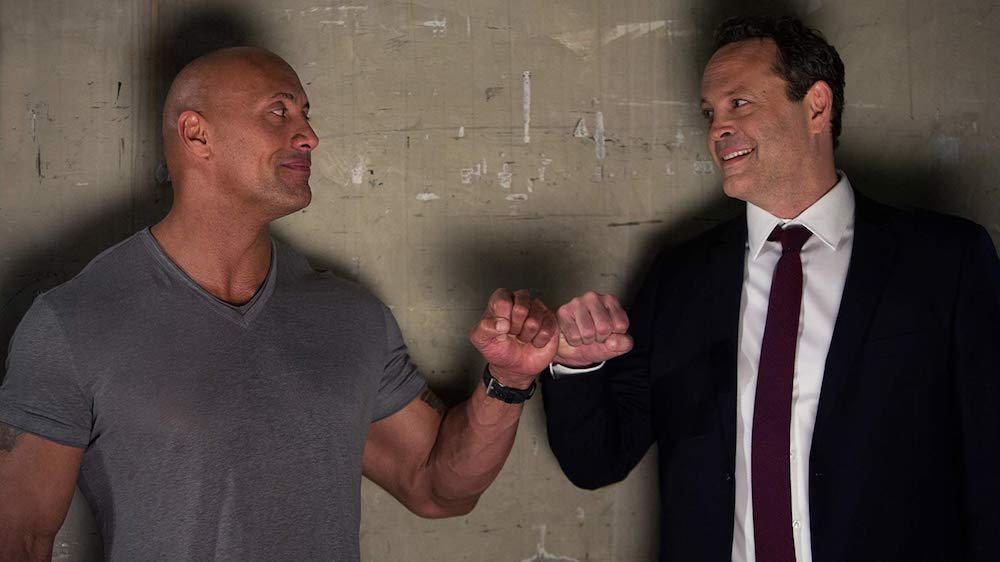 Culminating with Paige’s debut in the WWE, as a fan I remember that night quite fondly. Having only ever heard of her name and never watched her matches on NXT, she quickly became one of my favourites. She helped revolutionised the industry for female competitors and raised the bar in the woman’s division. Sadly, she’s had to retire due to a life-threatening neck injury which sadly wasn’t covered in Merchant’s film. However, due to the gorgeous cinematography by Remi Andefarasin and help from WWE production, Merchant was able to recreate her in-ring debut with as much finesse as Queen’s Live Aid performance in Bohemian Rhapsody (2019). It’s a shame some people don’t regard professional wrestling as a sport and will snub this comedy because it focuses on spectacle and pageantry rather than the grim reality of Darren Aronofsky’s The Wrestler (2008).

Although Fighting With My Family relies heavily on some sports movie cliches, we can’t forget that it’s based on a true story. Although some moments have been sensationalised to add some Hollywood sparkle, others have taken a back seat. It’s what Miracle (2004) is for hockey fans. Although the story feels heavy-going in the second act, Zak’s emotional subplot should dropkick your heart and make you submit to it. Merchant’s script is hilarious but heartwarming and he’s made a movie that’s a celebration of misfits overcoming the odds.