My first vivid memory of Dennis Hopper was, in hindsight, not exactly the best introduction to his work. As a 10-year-old I loved Super Mario Bros. (1993). But when you look back at his resume, the key to Hopper’s success clearly lies with Easy Rider (1969), a film regarded as a huge influence on a generational shift and a changing of the guard in Hollywood. Hopper not only worked as director and writer but starred in the film alongside screen legends Peter Fonda and Jack Nicholson. With a large return on an impressively low budget, Easy Rider gave Dennis Hopper a free pass to do what he wanted. With $1M in his pocket as funding from Universal towards a younger generation of filmmakers encouraged to experiment and create, he had one project in mind: The Last Movie.

I’ll be honest and admit I hadn’t even heard of this movie before Powerhouse announced their Indicator Limited Edition Blu-ray release of Hopper’s passion piece. But the more I read about it the more I felt I needed to see it. For Dennis to have held onto a dream of bringing his ideas to life on the big screen, for nearly a decade, speaks to his belief in this story and Stewart Stern’s screenplay. When people look back at The Last Movie it’s easy to see why so many believed it was ahead of its time, with a disjointed editing style and complex narrative that’s still confusing. One man’s trash is another man’s treasure. Hopper’s vision may not be for everyone but it deserves a wider audience. 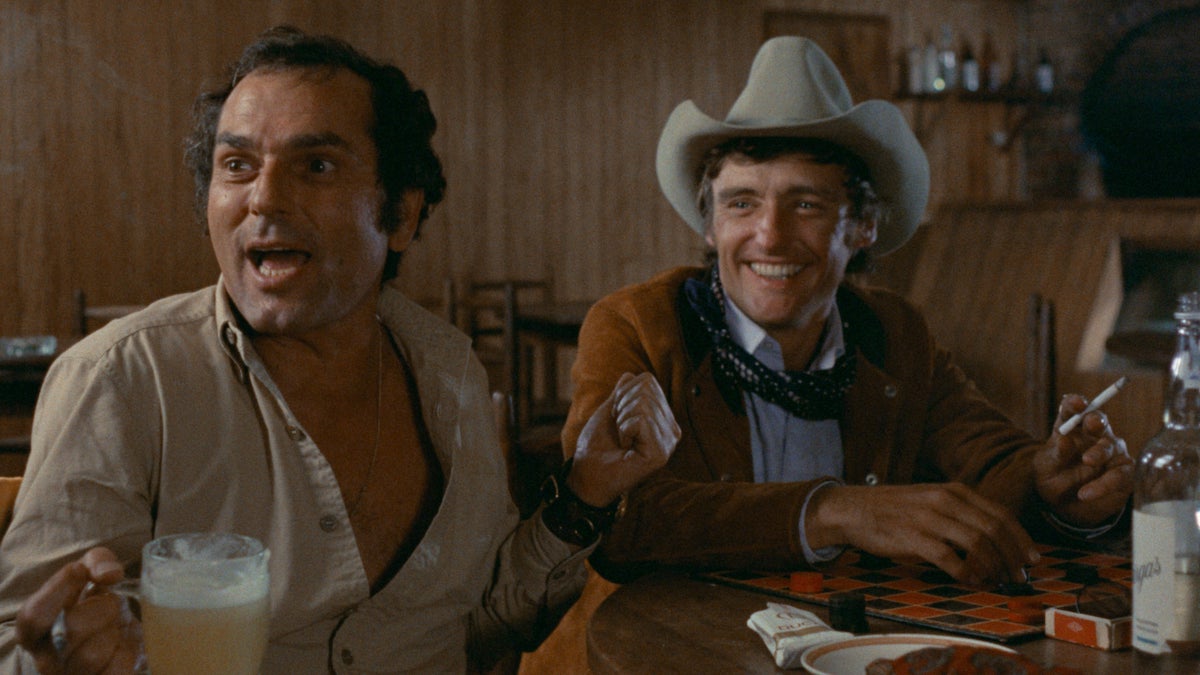 It’s true to say The Last Movie was a complete failure at the time of release. So much so that Hopper’s star-power dropped just as significantly as it rose with Easy Rider afterwards. Whether it’s a bad film or just misunderstood is something to decide for yourself, but Hopper became a name many simply didn’t want to work with for nearly a decade after its release—until Apocalypse Now (1979) gave him a chance to remind the world what he was capable of. The Last Movie is hard to explain. It all depends on your own personal view on cinema, and if you enjoy something a little different that pushes boundaries and plays with expectations.

For me, Hopper clearly knew what he was doing and, while it’s not a film with broad mainstream appeal, I don’t think he deserved the harsh treatment he received.

Set in a Peruvian village, we follow stunt coordinator Kansas (Hopper) as he makes a Western before tragedy strikes and results in him giving up on the movie business. However, his plans to retire in Peru soon become a nightmare when it’s clear that his moviemaking has influenced the locals in far greater ways than he ever imagined. The lines between fiction and reality are thus blurred and Hopper deliberately plays on this with editing that jars the viewer into wondering what they’re really watching. 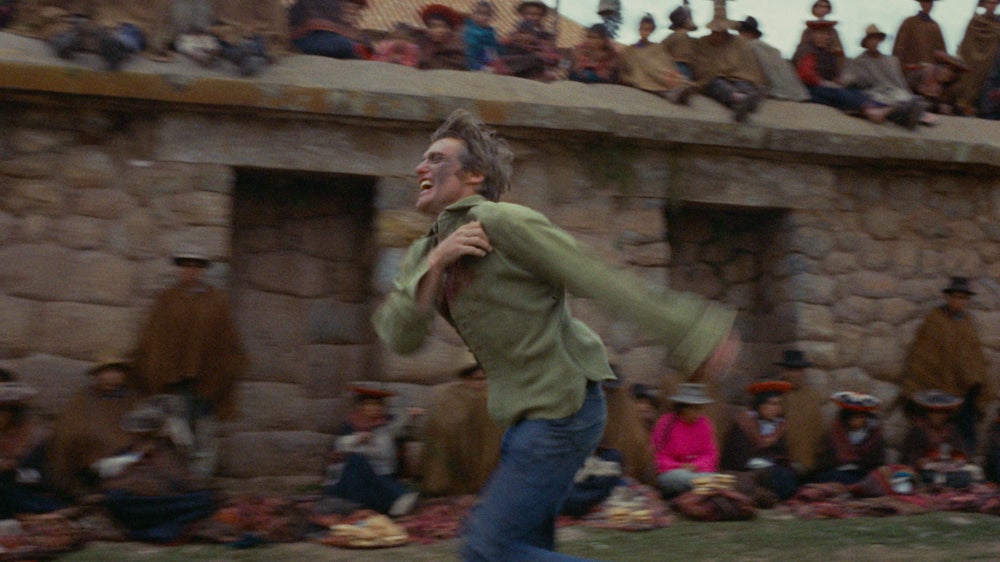 Both a commentary on film and religion, The Last Movie shows how easily people can be led and how fantasy can seem infinitely more tempting than reality. Kansas witnesses the locals adopt his tale as a new religion of sorts, while he struggles with his own place in the world and falls deep into a dark abyss of abuse, sex, and alcohol. As a commentary on the glitz and glamour of Hollywood it’s clear Hopper wanted to warn everyone that it’s never as good as it seems and, much like the movie itself, there’s often no clear cut happy ending. The Last Movie may be decades old but it manages to remain shockingly relevant. It may not succeed as a satisfying piece of storytelling but it engages on a far deeper level.

As a piece of filmmaking, I find it admirable Hopper stuck to his guns and presented his artistic vision as closely as possible. With influence from fellow director Alejandro Jodorowsky, he broke free from the shackles of conventional storytelling and delivered something so different that it went far beyond what anyone at Universal Pictures expected. For me, a ‘bad’ movie cannot be defined simply by the fact people don’t understand it. The Last Movie is something people still talk about and debate to this day, and that’s Hopper’s legacy far more than any other project he was involved in over the years. He said he was proud of it, and if you make a film that’s still being discussed nearly 50 years later… I’d say you’ve done something right. 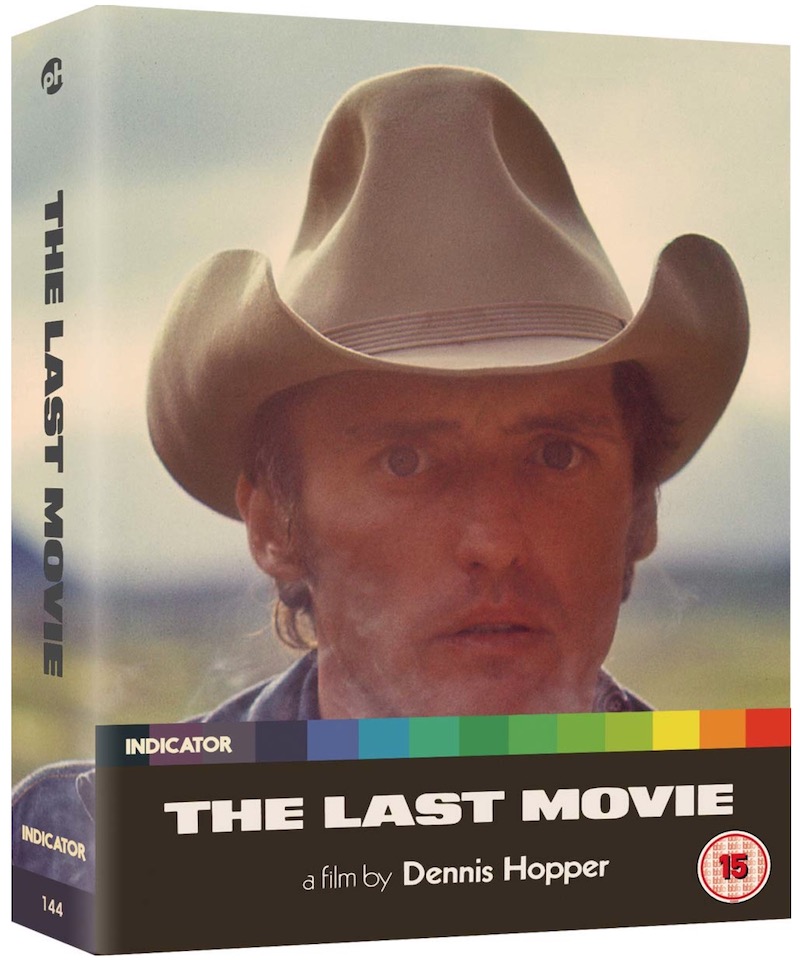