Tom Gruneman (Robert Milli), a respectable businessman from Pennsylvania, disappeared six months ago. The only clue the FBI have to his disappearance are the obscene letters he wrote to a call girl in New York. Their investigation has turned up nothing. His wife and a work colleague agree that Gruneman’s close friend and Pennsylvania police officer, John Klute (Donald Sutherland), should be employed to investigate… and he immediately tracks down the call girl, Bree Daniels (Jane Fonda), and sticks close to her until she agrees to help him.

Fonda gets first billing in this film, named after Sutherland’s character, and it’s impossible to avoid the sensation that she’s hijacked Klute. After an opening scene with Klute, it’s a recording of Fonda’s voice that plays over the opening credits… it’s Daniels whose therapy sessions we see… it’s Daniels whose apartment we spend time in… it’s Daniels whose various forms of employment and personal struggles we focus on. On the other hand, we know, and indeed learn, almost nothing about John Klute. 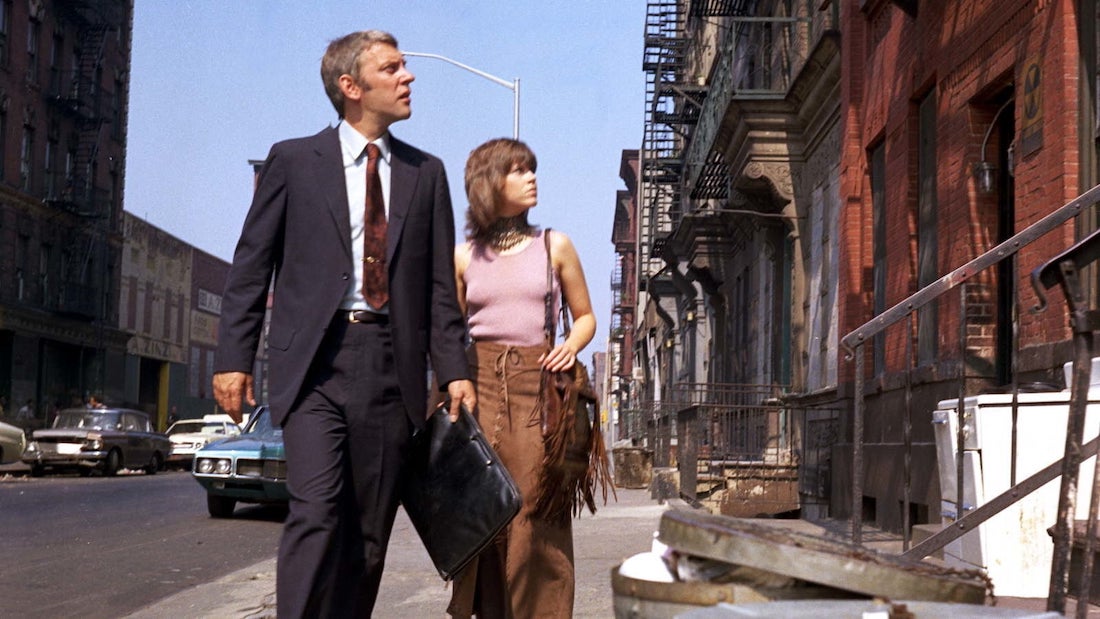 That’s because Klute isn’t really the neo-noir crime thriller it presents itself as. It’s actually a character study of a woman conflicted by the transition between her comfortable life as a well-paid call girl into her burgeoning life as a struggling actress and model. The character of Daniels, and Fonda’s performance, was shocking at the time. A sex-positive woman speaking openly and without shame about how she enjoys sex was, and largely still is, refreshing and piquant. Daniels is a sexy, confident, charismatic woman and never exploited by the camera lens. Fonda deservedly won the ‘Best Actress’ Academy Award for this part; a character many at the time would’ve derisively said she was born to play.

However, the film can’t avoid presenting Daniels as a victim of a system that abuses women (personified in a slippery performance by Roy Scheider), and it would be irresponsible for it to do so. Daniels has been skating on thin ice that many of her former stablemates have crashed through with fatal consequences. What’s unfortunate is that her rescue has to come at the hands of a male saviour, in the form of Klute. Satisfyingly, the film stays sex-positive and doesn’t force Daniels into conservatism as punishment for her promiscuity. Indeed, it’s Klute’s initially monk-like attitude that receives the harshest judgement.

The resolution to the central mystery of Gruneman’s disappearance and his out-of-character explicit letters and violent encounters with prostitutes is so obvious from the opening minutes that the film decides to spill the beans within the first couple of reels. It’s not clear whether it was the writers (Andy and Dave Lewis) or the director (Alan J. Pakula) who wasn’t interested in the mystery, but sadly this is where the film falls down.

Klute is the first part of Pakula’s unofficial ‘Paranoia Trilogy’, followed by The Parallax View (1974) and All the President’s Men (1976). As in those films, he works with cinematographer Gordon “The Prince of Darkness” Willis and together they stage wonderfully unusual compositions, dominated by complete black, often with the subject occupying only a tiny portion of the frame.

In the end, Klute is a disjointed and unsatisfying experience. A character study of a call girl, relentlessly forced into the clothing of a neo-noir thriller, with a title character entirely devoid of personality. This is doubly disappointing as it contains two great and transcendent elements—Fonda’s performance and the incredible cinematography, which are working at cross-purposes. 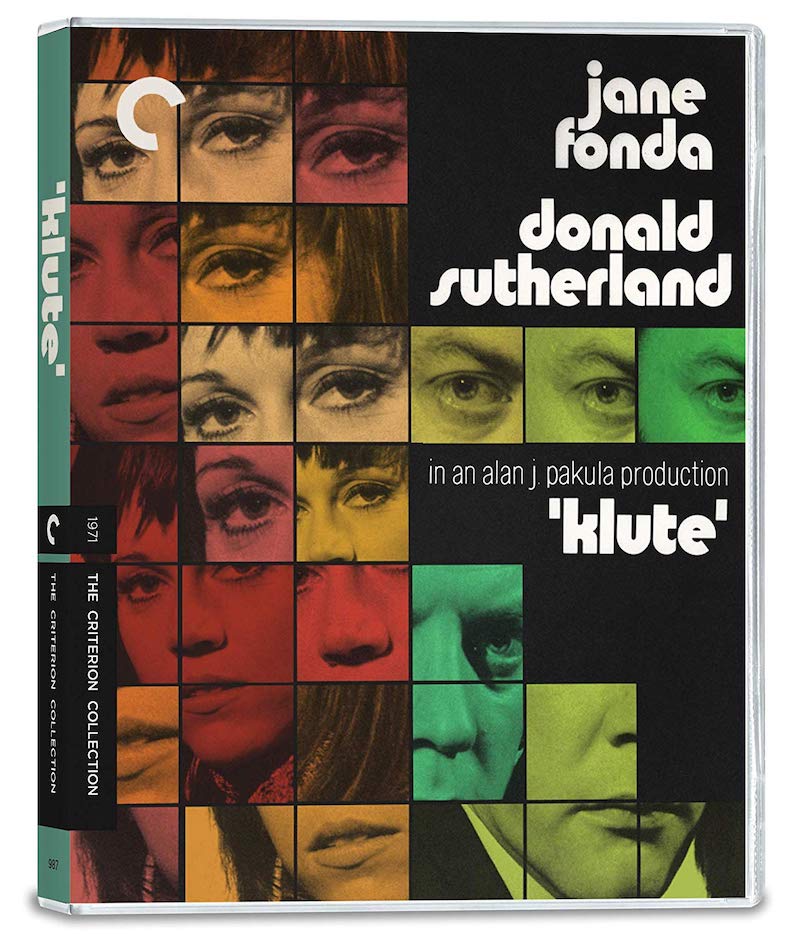