When her little brother experiences the same events that once almost sent her insane, Rebecca works to unlock the truth behind the terror...

The problem most mainstream horror movies have is they’re not scary. They may be gory, jumpy, or have fun plot twists, but all too often they don’t genuinely terrify you. Or stay with you in the days and nights that follow. There’s no such problem with Lights Out, which manages to expertly tap into arguably the oldest point of fear in human history: the dark.

The film follows Rebecca (Teresa Palmer), a young woman who lives on her own, having left her little brother Martin (Gabriel Bateman) and their unstable mother Sophie (Maria Bello) behind. When Sophie’s mental illness resurfaces, she begins talking to an imaginary friend, Diana. Except Diana isn’t as imaginary as everyone thinks, and when Martin catches sight of her in the dark of night, he flees to his big sister, dragging Rebecca back into the family that she left behind. With the family back together, Sophie has a support network, and a chance to heal… but Diana doesn’t want Sophie to get better… 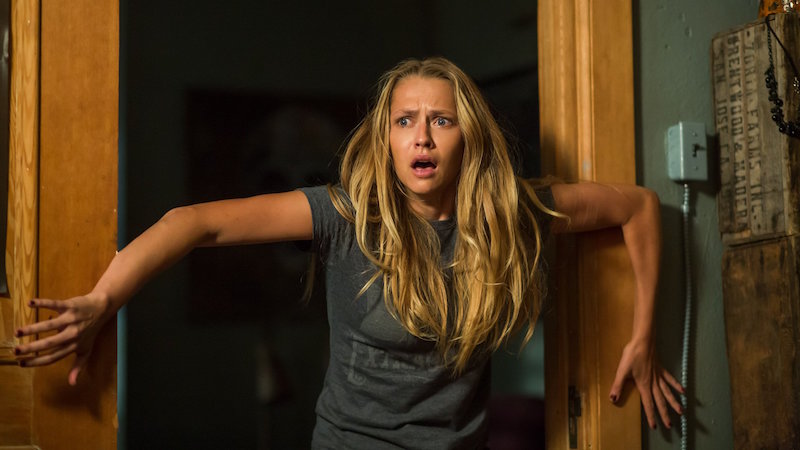 The central gimmick of Lights Out is such a simple one: Diana only exists in darkness and disappears whenever exposed to light. It’s an idea that director David F. Sandburg uses to brilliant effect all the way through. Making use of everything from flickering neon shop signs, to the glare of mobile phone screens, to car headlights, Sandburg delivers huge fun in both exposing Diana in sudden darkness and keeping her at bay with innovative flashes of light. And what makes it all so effective is that Diana herself is truly terrifying.

Shrouded in darkness—her otherworldly movements seen only in silhouette—Diana is a genuinely frightening specter. Given she exists in the darkness, much of the credit for this goes to the physical performance of actress portraying her; her eerie movements are occasionally jerky, sometimes almost graceful, but she’s always a deeply unsettling presence, and every dark corner of the screen becomes loaded with portent. 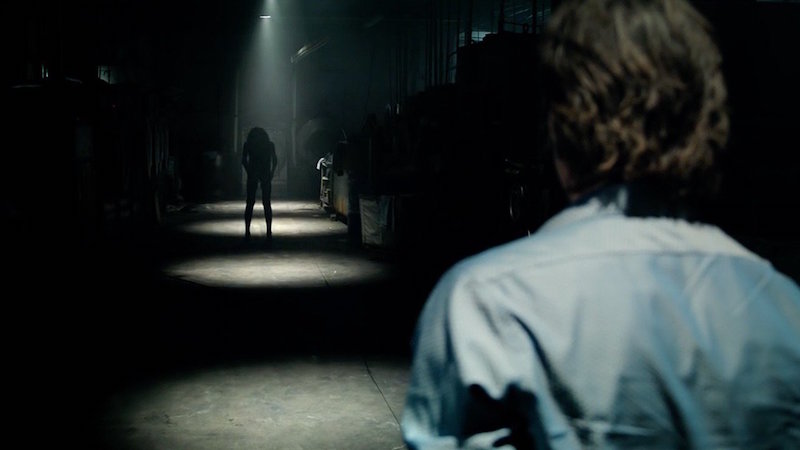 Lights Out feeds into a primordial fear of the dark that never truly leaves us. The horror here is expertly realised. You may not have been afraid of the dark for decades, but the story has such an effective central premise that you can’t help but hesitate when it comes to flicking a light switch on afterwards. Hell, even the jump-scares are effective; while they often feel cynical and manufactured these days, as utilised here they feel natural and earned.

Admittedly, Lights Out is far from perfect. For one thing, it has its fair share of clunky dialogue—particularly when it comes to Rebecca’s boyfriend Bret (Alexander DiPersia)—but the effectiveness of the scares compensate for most shortcomings. The film has clearly been made with horror fans in mind, particularly in the way it toys with our expectations of what’s going to happen. Lights Out isn’t as good as The Babadook, but given the similarity in using a supernatural monster as an analogy for mental health issues, it makes for a fantastic companion piece. At least, that is, until Eric Heisserer’s screenplay goes down a route at the end that feels drastically ill-considered… 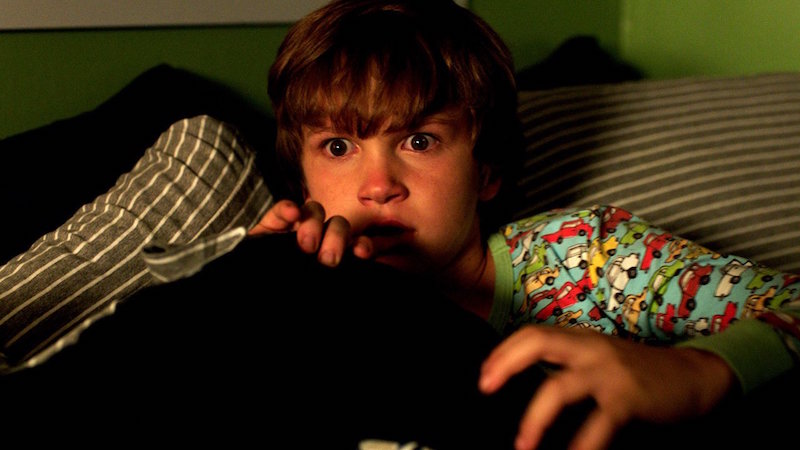 It’s difficult to discuss without giving away spoilers, but suffice it to say that where The Babadook ultimately dealt with the supernatural-monster-as-mental-illness analogy so assuredly, Lights Out goes in completely the opposite direction. And in so doing it leaves you with an ending that’s not only insulting but arguably a dangerous message to the audience. The more you think about it, the more uncomfortable it will leave you—and not in a good way.

It’s a shame that the final moments sour the experience—and it can’t be overemphasised just how gross and badly misjudged those final moments are—because the rest of Lights Out is extremely effective. It’s slick and scary and presents a horrifying idea that lingers. With the caveat of those terrible final five minutes aside, Lights Out is one of the scariest horror movies of recent years. If only they’d given the all-important climax a little more consideration.

writer: Eric Heisserer (based on the short film 'Lights Out' by David F. Sandberg).