“AKA Pray for My Patsy”

As mentioned previously, the second season of Jessica Jones has suffered from pacing issues, with whole episodes dedicated to building up the next big scene. That in itself isn’t the problem, rather it’s the haphazard way in which the subplots were spliced onto the main thrust of the story.

With “AKA Pray for My Patsy”, though, we see reflections of the fantastic first season, with a tightly-written hour by Raelle Tucker and Hilly Hicks Jr. , skilfully directed by Liz Friedlander. It’s clean, works supremely well to set us up for the finale, and showcases all the characters arcs to excellent effect, without making any plot point seem like a diversion.

For example, we see Jeri (Carrie-Anne Moss) closing out her vulnerable chapter with aplomb, expertly going through a list of pawnshop owners to get to Inez (Leah Gibson) and Shane (Eden Marryshow) the healer. It was spectacular seeing Jeri at full strength, as she quickly discovered that Inez and Shane were a couple, leading her to manipulate Inez into killing Shane over perceived infidelities.

Back at the ‘moms going crazy’ ranch, however, we see Jessica (Krysten Ritter) and Dorothy (Rebecca De Mornay) fussing over comatose Trish (Rachael Taylor). Jessica, as usual, tries to take the blame for her best friend’s plight, making Jessica’s never-ending need to feel guilt one of her worst (and best) traits.

Jessica finds out from Detective Costa (John Ventimiglia) that Alisa (Janet McTeer) has escaped, and realises she’ll go looking for Trish as she blames her for Karl’s death. Jessica tries to convince the police she can talk her mother out of it, but she’s the only one who thinks that’s possible, showcasing Jessica’s ongoing belief (or delusion) that she has control over her mother’s anger. We know otherwise. 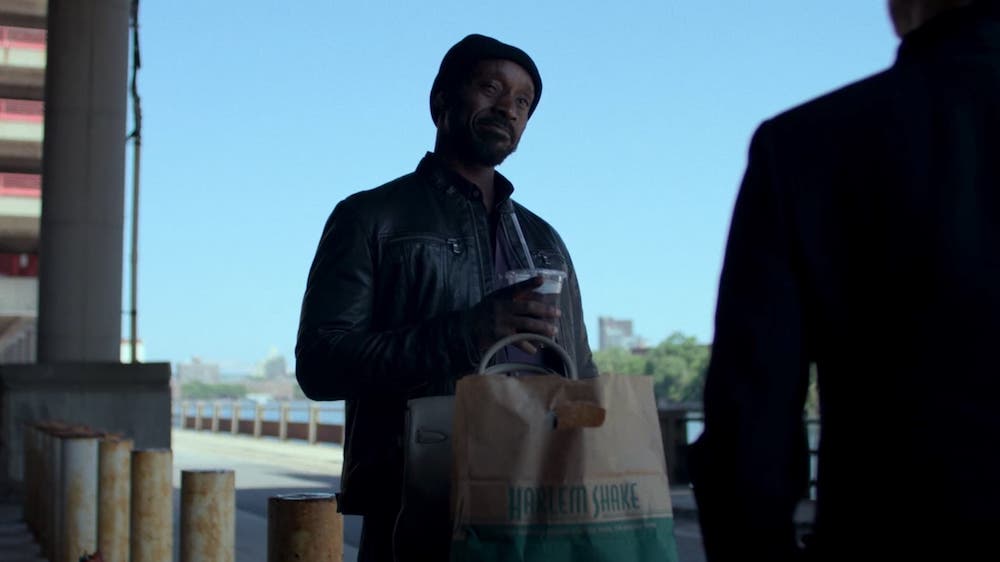 Reaching the hospital just as Alisa climbs in through a window, Jessica tries to talk to her mother, but Alisa has clearly snapped, fighting back when Jessica tries to inject her with a sedative. Just as Alisa’s about to kill Trish, Jessica pleads with her to “… don’t take [my family]. Don’t do this to me again. Please.”

That works with Alisa, who stops momentarily, only to be confronted by guns from Costa and his partner. She takes the partner hostage and, in order to protect herself, throws herself and the partner out a window, letting the partner fall to her death while she escapes.

Killing a cop is a horrendous offence, so Trish gets moved to a safer location, the morgue, which is a pretty genius idea. When Trish wakes up, she’s devastated to find out Karl has died so, naturally, Jessica and Trish get into a sisterly argument about the need to save each other and the effect of powers on their relationship.

At that moment, Alisa calls and Trish suggests she meets Jessica at her apartment so that Jessica can use Simpson’s gun to kill Alisa in order “to save everyone else”. Jessica manages the first part, shakily holding the gun at Alisa, but falters at the end when Alisa talks about how “without you, I have nothing to live for anyways”. As usual, Jessica can talk the talk, but can’t walk the walk. It’s indicative of how broken Alisa’s mind is, as she immediately knocks

Jessica out the moment Jessica lowers the gun. For someone who professes to love and protect her daughter, her self-protective instincts kick in, allowing her to hurt Jessica so she can kidnap her in an RV she stole, and start driving away. 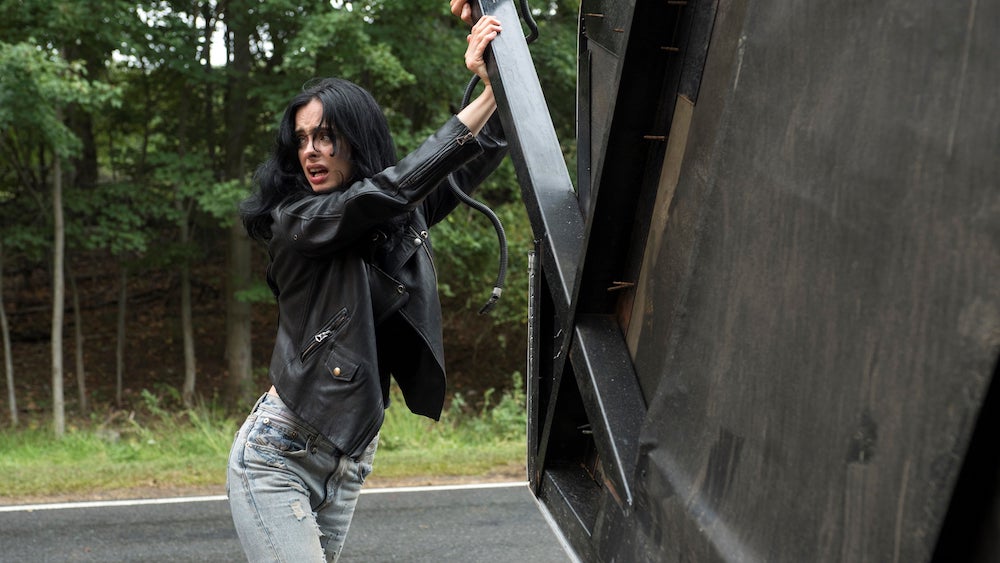 The season finale of ends with a bang as we see Alisa finally meeting her timely, or is that untimely, end. One thing Jessica Jones does repeatedly that’s reflective of real life, but hard to execute in a series, is the concept that people can change their minds. They can do so frequently and often in a flash.

For example, we’ve seen Jessica fighting against becoming Alisa’s saviour or accomplice for the entire season, but after one shared experience that changes. As Jessica and Alisa save a family from being killed in the fire that starts from a car accident (ironic for these two), Alisa’s almost killed in the ensuing explosion. And, just like that, Jessica, instantly terrified of losing her mother again, is overjoyed to see Alisa alive and well, and hence decides to run away with her.

At the same time, Alisa’s spent the season trying to lure Jessica away with her, even talking about being superheroes together. With a single phone call from Detective Costa, talking about how Jessica’s become an accomplice (and thus a fugitive), though, it occurs to Alisa that her actions have gotten Jessica in danger, and that “I’m going to get you killed”.

The first situation of the two above is executed better, though, as we can identify with Jessica’s change of heart, since we’ve seen signs of it throughout the previous episodes. Alisa, on the other hand, just seems to be blindly obsessed, switching from one viewpoint to another. Maybe it’s fuzzier to those who are mothers, but to me the line between selfishness and selflessness was always clearly marked, making for an odd switch.

It does bring us to the final mother-daughter scene, where Alisa wants to let herself be caught on a ferris wheel, a throwback to hers and Jessica’s favourite carnival ride. Jessica won’t let that happen, but that builds to a moment where Alisa tells Jessica that being a team was “the best dream I ever had”. After giving Jessica the pep talk she never had, Alisa ends off with “maybe I don’t have to be amazing. Maybe I just made you.” 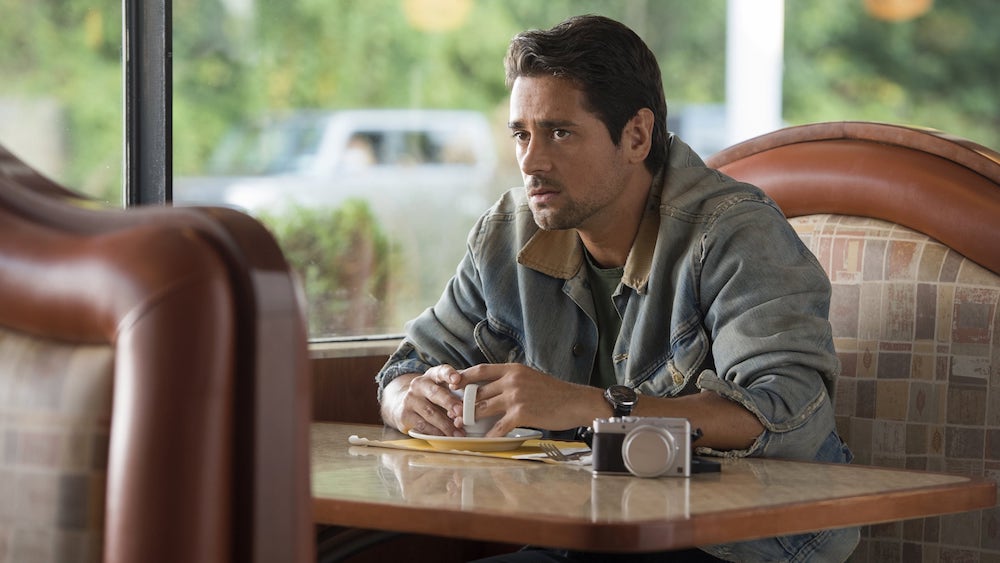 Cue the gunshot that kills Alisa, thanks to Trish, who guesses (with Detective Costa’s help) where Jessica and Alisa are, and decides to do the one that she believes will save Jessica. Jessica’s grief-stricken at seeing her mother killed, so she almost murders Trish, barely holding herself back before collapsing at her mother’s feet.

In the end, for a comic-book drama all about working from the shadows, this season’s been loud and angry, leading to the inconsistency in pacing I keep talking about. Luckily, the showrunners have benefitted from some spectacular performances from the actors and Krysten Ritter in particular.

As we end on Jessica, once again doing her P.I work, we have hope she’ll get used to slowly being a hero — in her own way. She seems to now be appreciating her relationship with Oscar (J.R Ramirez) and Vido (Kevin Chacon), that’s for sure.

This sets the scene for the recently-announced season 3, with Malcolm (Eka Darville) working for Pryce (Terry Chen), Jessica and Trish on the outs, and Jeri getting her own firm. It seems like Trish has gained some unusually quick reflexes, leaving us with the question of whether she’s now a powered person as well.

With the introduction of new characters, like Detective Costa, an ally that Jessica needs, as well as Oscar, who’ll be Jessica’s new love and support, it will be interesting to see how the showrunners handle even more character arcs in season 3. Hopefully it will better handle the varying detours that each character takes, and bring us all together with one clear goal.