“The Magic of David Copperfield V: The Statue of Liberty Disappears”, this week’s episode of The Americans, ends with its own sleight of hand, but begins with a farewell to Martha (Allison Wright), who boards a plane to Russia via Cuba. The opening is a great, mostly wordless sequence, as we follow Martha taking her last look at the country she’ll never see again (a jar of Jif suddenly becomes pregnant with meaning when it might be the last jar of Jif you’ll ever see). The way Martha’s farewell is drawn out in near-total silence, I braced myself for the plane to explode as it took off, or for the pilot to pull a gun on poor Martha… but no, this is The Americans, not Homeland, and instead of a cheap shock, we get Martha and Philip’s (Matthew Rhys) farewell and one last chance for Wright to shine. The moment where she tells Philip not to be alone is especially heartbreaking, a last reminder that she truly, selflessly loves this man who’s been trained to view her as an “agent.” If this is the last we see of Martha—and, given the alternatives, I hope it is—than it’s a pitch perfect sendoff for the character and Wright’s performance.

Martha’s departure leaves Philip in a funk, spending the time her departure freed up sulking around the house and talking about how he wants to join a hockey league next winter. Elizabeth (Keri Russell) tries to tell Philip that she knows what Martha meant to him, but he’s understandably defensive, though not for the reasons she thinks. The tension between them finally erupts after Elizabeth attends an EST meeting; afterwards, she tries to be understanding about what Philip gets from it, but when she’s pressed, she dismisses it as a scam. She’s not wrong, but she’s missing the point—Elizabeth scoffs at the indoctrination of capitalist ideology while her husband’s on the verge of an emotional breakdown from the loss of an “agent,” as if she’s not willing to kill and make enormous sacrifices to protect her own simulacrum. Perhaps the EST lesson, with its talk of the prisons we make for ourselves, touched a deeper nerve for Elizabeth than she realises. 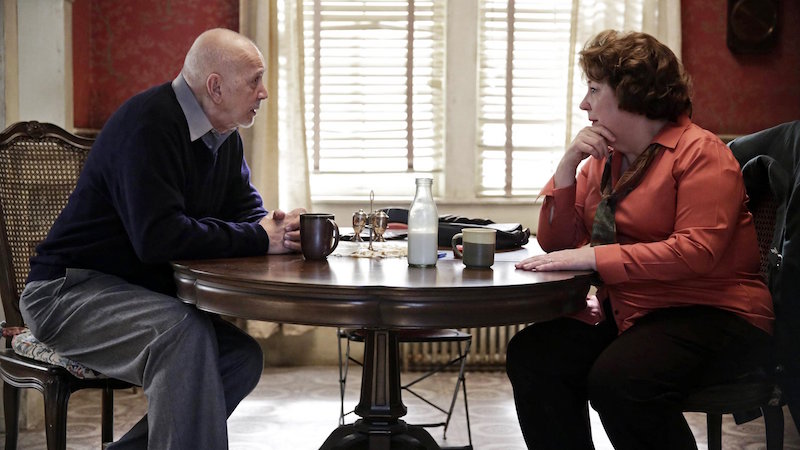 Elizabeth’s unintentional condescension is what finally gets the two fighting. It’s jarring at first, as Elizabeth and Philip have seemingly grown closer this season—but with all of this unresolved tension under the surface, it makes sense. When Philip defends Martha as more than just an agent, Elizabeth throws Gregory in his face, following it with the child he’s never met. As is often the case with Philip and Elizabeth, it’s a moment most couples will realise—when you find yourself blurting out old resentments that you didn’t realise were stored away for this occasion—that just happens to be about dead ex-lovers instead of forgotten anniversaries. Matthew Rhys also directed this episode, and he does a great job of staging the scene to emphasise the distance between Philip and Elizabeth, tightening each composition as the argument quickly escalates. 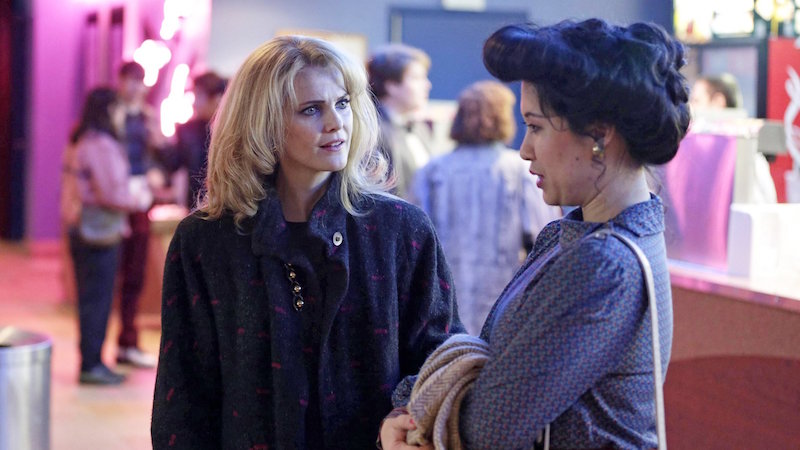 Another expertly composed shot is the one where Paige (Holly Taylor) tells Elizabeth it’s no big deal that she skipped Bible study; the scene stays on a wide shot as Paige exits the frame, leaving the empty space before Elizabeth calls her back to explain that she will go to Bible study and every possible church event, and she will report on what Pastor Tim (Kelly AuCoin) and his wife say and do because of the mess she created. It’s an unbearably tense scene that smartly plays out on Russell’s frighteningly compelling performance and Taylor’s teary-eyed reaction shots making Paige’s total disillusionment with her mother palpable. Between Philip rolling his eyes and Paige being left in a devastated state of reluctant compliance, Elizabeth is trying to take control of our family and operation and failing miserably. 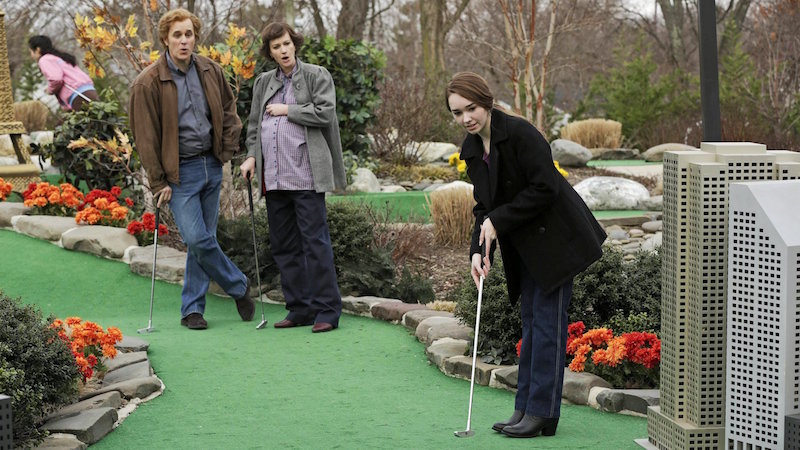 All of that ends, of course, when she kills Lisa (Karen Pittman), who has fallen off the wagon and is threatening to go to the police. Elizabeth pleads with her at first to come to a meeting so she can buy some time, but the scene smartly cuts away just as she’s about to finish her off with a broken bottle. Elizabeth’s next entrance, at Gabriel’s house, is downright chilling; she’s dazed and smoking a cigarette as she announces that Lisa’s dead, seemingly not noticing that she’s still covered in blood. With everything else that’s happened in the Jennings family recently—and, presumably, the realisation that her friendship with Young Hee (Ruthie Ann Miles) could end the same way—Elizabeth has suddenly but inevitably reached her breaking point.

And then, the unthinkable happens—Gabriel (Frank Langella), who earlier complained to Claudia (Margo Martindale) that his agents don’t trust him (her “Boo hoo” is hilarious), tells Philip and Elizabeth that it’s over—they’ll be on a furlough from any new assignments for “as long as you need.” A few scenes later, the show jumps from the Jennings family watching David Copperfield make the Statue of Liberty disappear to seven months later, as they’re enjoying a life as a “real” American family. Under the idyllic scenes of mini golf and basketball (scored to Roxy Music’s “End of the Line”—this show’s soundtrack game remains on pointe) is the insidious knowledge that this happiness can’t last. There’s poor Paige, being forced to work for Pastor Tim and his family. And then Stan (Noah Emmerich), visiting the now-ousted Gaad (Richard Thomas), who tells him that it’s his office now. As the season nears its end, The Americans’ choice to hit the reset button and, presumably, tighten its focus to the Jennings family and the friendly FBI agent next-door is a brilliant one. “The Statue of Liberty Disappears” would make a fine season finale, but The Americans isn’t over yet, and like the heavy-handed metaphor of Copperfield’s illusion, everything that the Jennings family has just been given a vacation from is waiting to reappear.