The BBC is currently celebrating televised comedy via its ‘Landmark Sitcom Season’. Amidst the remakes of popular shows—such as Porridge and Are You Being Served?—you may have missed one of its grittier new creations. Released on BBC Three to very little fanfare, Fleabag has emerged as one of the finest British comedies of recent years.

The eponymous ‘Fleabag’ (writer-creator Phoebe Waller-Bridge) is a young woman trying to cope with the hardships of modern life in London. On the brink of bankruptcy, her love life’s a mess and her family relationships are in disarray. Whilst this may sound like standard sitcom fare, Fleabag is different from anything else around at the moment. Stylistically, it’s raw and uncompromising. From the grimy Peaches theme tune to its unglamorous sex scenes, Fleabag doesn’t pull any punches over its six-episode run. It would be easy to label Fleabag as “dark” or a “black comedy” (as topics it covers include suicide, breast cancer, and feminist lectures), but no subject is out of bounds.

A less well-crafted show would use these topics purely for shock value. However, this is what makes Fleabag so very special: it’s refreshingly honest and doesn’t suffer from an inability to be both funny and realistic. Fleabag regularly breaks the fourth wall, too, communicating directly with the audience at home. Although an internal monologue is nothing new, it’s used to devastating effect here. Pithy on-the-nose comments enhance the humour in scenes that are already side-splittingly funny. Regularly, Waller-Bridge generates big laughs without uttering a single word. Her side-eye glances and knowing smirks at the camera often provide the highlights of each episode. 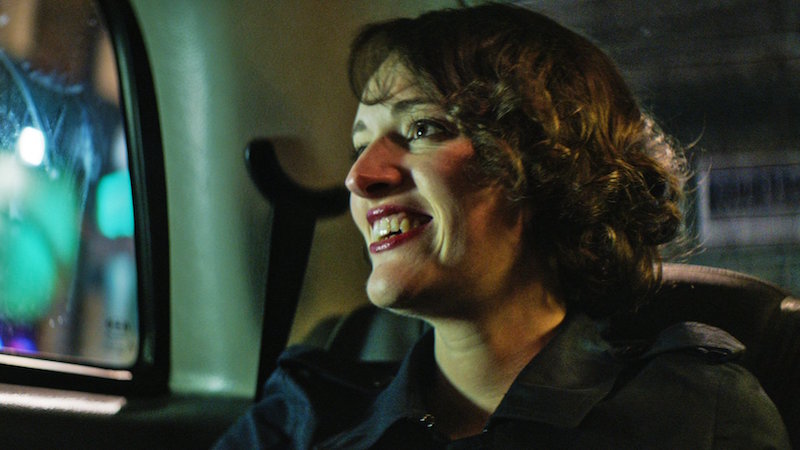 It’s no surprise to learn that Fleabag originally started life as a stage production. At times, it feels more like an immersive theatre experience than a traditional TV sitcom. Fleabag engages with the audience in a way that I can’t remember a leading sitcom character doing for many years. By the end of the six instalments, we are very much on her side. Although it’s never clear whether this is due to us genuinely liking her, or because we’re being manipulated by her charms as other characters have been within the series.

Although Fleabag is the main attraction, the series also benefits from a fantastic array of supporting characters. The characterisation reminded me a lot of Stefan Golaszewski’s recent sitcom Mum. Initially, everybody seems like a stereotype we’ve seen many times before—hipsters, bitchy step-mums, and man-child boyfriends. However, as the show progresses, they become more layered and complex. Practically every character is damaged and looking for a way to boost their self-esteem.

The thing that puts Fleabag head and shoulders above so many sitcoms is that we actually care what happens to the people on screen. We become desperate for certain characters to achieve their life goals, so wen they fail to do it’s like watching a pivotal scene in an HBO drama rather than a BBC sitcom. For a show that’s so bleak in its tone, it’s very surprising how much warmth lies within. 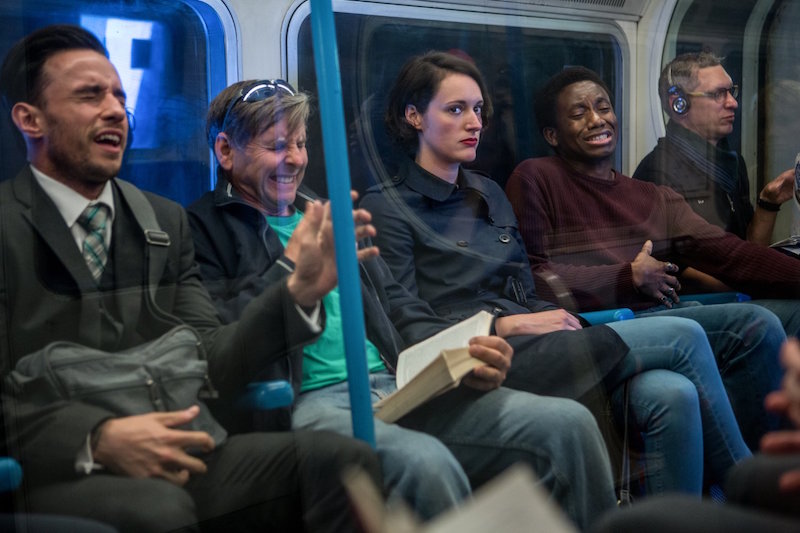 On the face of it, Fleabag is a sex-obsessed nymph stumbling from one disastrous fling to the next, each with a man even more self-obsessed than the last. However, we come to realise she’s actually struggling to come to terms with two losses in her life: her friend and business partner Boo (Jenny Rainsford), who accidentally committed suicide (a storyline that plays out in flashbacks); and her own mother, who died of breast cancer. The latter tragedy leaving Fleabag struggling to move on in the way her sister Claire (Sian Clifford) and father (Bill Paterson) appear to be doing.

The world of Fleabag feels utterly believable. This is mainly due to Waller-Bridge’s phenomenal writing, but the show also benefits from a talented supporting cast. Rainsford and Clifford act almost as Fleabag’s conscience. As Claire, Clifford is the straight-laced, hard-working example that Fleabag partially wants to emulate. Meanwhile, Rainsford’s Boo is a reminder of the spontaneity and instant gratification of her youth that is slowly slipping away.

Fleabag is trying to reconnect with her timid father but feels pushed away by her artist stepmother, known only as ‘Godmother’ (Olivia Coleman). Godmother is Fleabag’s arch nemesis in the show, resulting in a number of tense but hilarious showdowns. She’s also the character most similar to Fleabag. Acting in a chameleon-like manner, her words and outward appearance don’t always align with her true underhand motives. Peep Show’s Coleman is in scintillating form here, clearly revelling in a rare villainous role. 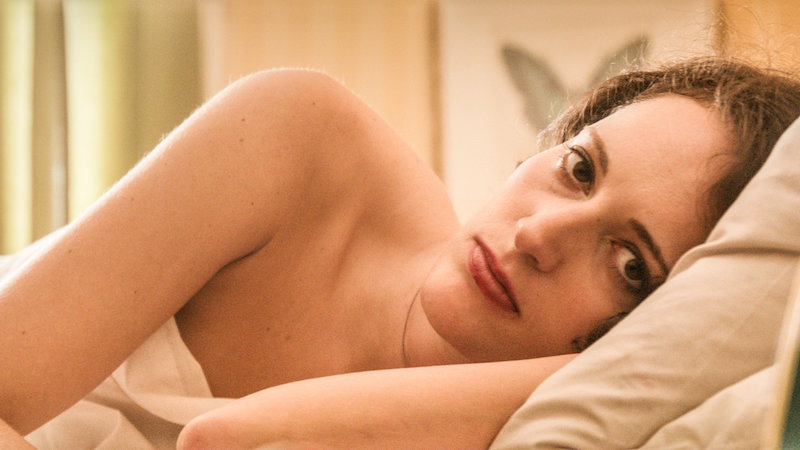 Hugh Dennis is also worthy of a special mention as bank manager Harry. His character is probably on screen for less than ten minutes, total, but he’s a pivotal part of events. The comic actor brings a tenderness to the role and, ultimately, becomes the only lifeline for Fleabag as her life spirals out of control.

Fleabag is exceptional television. The BBC at its very best. It perhaps won’t have mainstream appeal, but deserves to keep being made because it’s so smart, acerbic, relevant, and funny. In the wake of shows like Catastrophe receiving huge critical acclaim, even internationally, there’s clearly a growing demand for sitcoms firmly rooted in reality.

Here is a show dealing with weighty issues like mental illness, female sexuality, and grief. Nothing ever feels tokenistic, as everything serves the story and leads to laughs. It’s also wonderful to see a star-in-the-making like Phoebe Waller-Bridge getting a big break. She’s destined to become a comedy icon, and I firmly believe people will look back on Fleabag in the same way they fondly remember Spaced as the launch pad for a number of people’s careers.

A cursory glance at Twitter shows lots of comedy aficionados are professing their love for Fleabag. Hopefully, as the show is repeated on BBC Two and finds an even wider audience on Amazon Prime, it will develop an even larger fan base. It would be a travesty if Fleabag doesn’t get a second series to become the cult hit it deserves to be.