This third episode of Humans slowed down the pace slow somewhat, for an hour that provided plenty of nice moments, but lacked much excitement or tension. It was revealed that Dr. Morrow’s (Carrie-Anne Moss) A.I program, known as ‘V’, is far more than just a science project to her. While the episode waited until the closing moments to confirm that V is in fact an artificial version of her comatose daughter, it ought to have been fairly apparent from the opening flashbacks and subsequent hospital scene. Morrow’s ex-husband wants to switch off the life support, essentially turning her off, as one would a synth—but Morrow has other ideas…

The reveal added a welcome stake to Morrow’s story. If she can crack the mystery of the conscious synthetics, then she may be able to transfer V into a new model and get her daughter back, in some form. Although it’s worth noting that this is essentially the exact same thing that David Elster (Stephen Boxer) once did with his wife Karen, and that things didn’t go particularly well for anyone involved…

Morrow also made her way to England to continue her research, which allowed for the reintroduction of Hobb (Danny Webb), the former government synth expert/hunter who now lives a quiet life under the proviso that he keeps away from all synth-related activity. While Humans’ reluctance to let go of a single character (how long before Fred the synth turns up again?) might become problematic over time, it’s admittedly great to have the charismatic Webb back on the show. 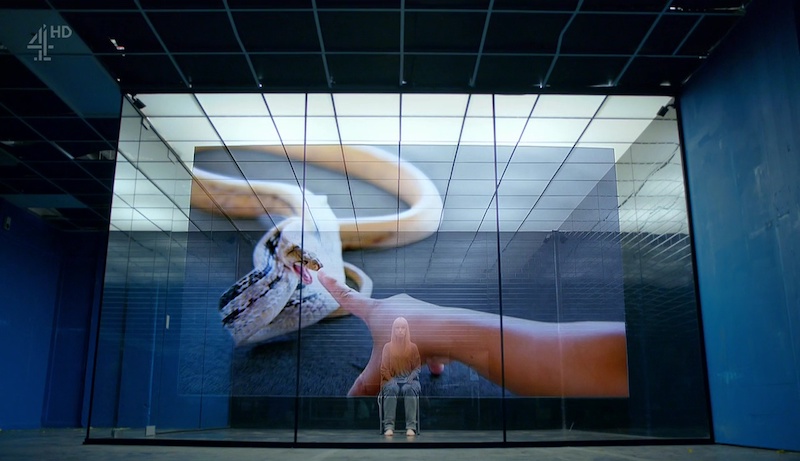 While Hobb’s stepped away from everything, the synths he once chased are still on the run, having to leave their hideaway cottage after Max’s (Ivanno Jeremiah) actions lead to their location becoming compromised. Or so they think, as nobody knows about Hester’s (Sonya Cassidy) homicidal experiment from last week yet. Mia (Gemma Chan), however, decides to stay behind, confessing her romantic feelings for Ed (Sam Palladio) the dishy café owner.

In the Hawkins household, Joe (Tom Goodman-Hill) has gone back to work as a menial manual labourer (amusing, as this is surely where the synths started out); Mattie (Lucy Carless) uploaded the code to Odi (Will Tudor) and brought him back to some semblance of life; Toby (Theo Stevenson) tried to befriend the ‘synthie’ from his school; while Laura (Katherine Parkinson) mounted her legal defence of Niska (Emily Bennington), trying to prove that the steely synth is indeed conscious and worthy of being tried as a human being. 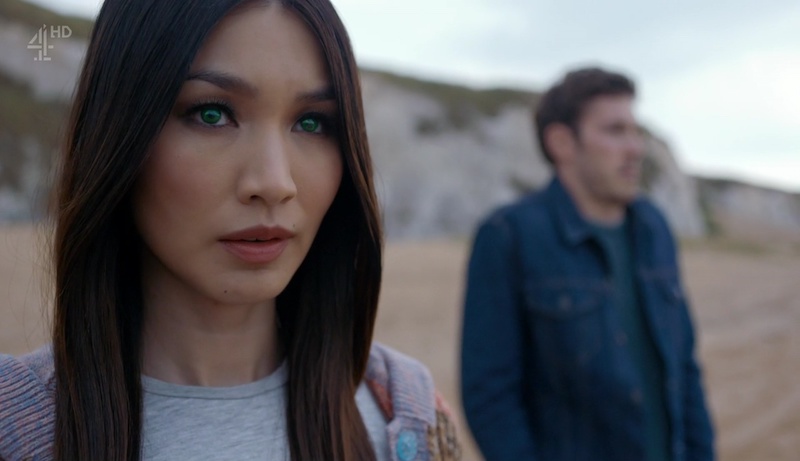 It’s this final story that was simultaneously the most interesting and most disappointing thread. The parallels drawn between Niska and Mia are effective, with Mia’s confession of love for Ed a display of the kind of humanity that Niska refuses (or is unable?) to give during her experiment. Instead, Niska’s attempt to prove her humanity becomes as frustrating for the audience as it does for Laura, with the headstrong synth remaining dispassionate throughout. We know that she has feeling things (when Laura moves on to the music test, Niska associates the techno with her girlfriend from Berlin), and yet nothing shows up.

Perhaps it’s an unfair comparison, but after one of the best sci-fi films of the decade centred on a very similar situation—the entire plot of Ex Machina was about proving the consciousness of a robot—Humans’ take on the same material doesn’t feel as engaging in comparison. At least the moment when Niska does finally speak up is great, allowing Katherine Parkinson to do some great work playing off her. Hopefully, the dramatic fireworks are simply yet to come. 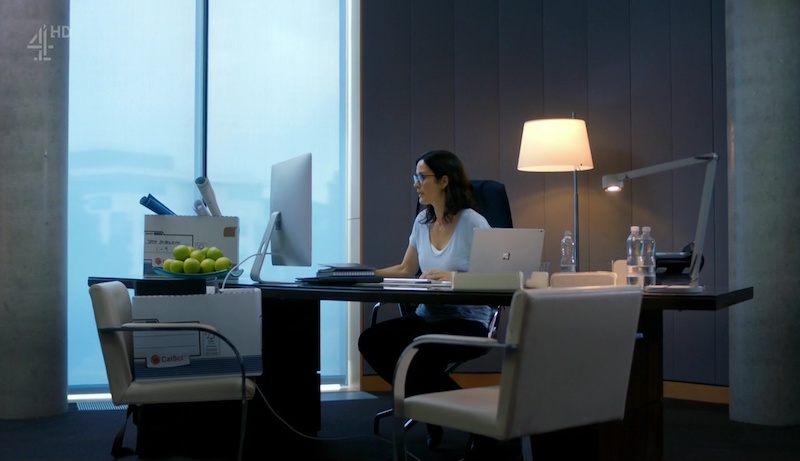 This was an instalment in which the series did a lot of setting things of events to come. Voss (Ruth Bradley) went back to work, where she and Drummond (Neil Maskell) tried to figure out who and why someone would be spending hundreds of thousands of pounds on synths, before discovering, in true sci-fi tradition, a mysterious project named ‘Seraphim’. In other codename news, we find out that ‘the Silo’ is actually part of Qualia, where Morrow’s presence sees the plots further coalescing.

Joe, meanwhile, became concerned about Sophie (Pixie Davies), whose behaviour has become peculiar—maybe even similar to that of a ‘synthie’. Humans is adept at mirroring aspects of our society through its unique sci-fi lens, and the discussion about getting Sophie ‘checked’ seems to be acting as a way of telling a story analogous to autism. Could Sophie be in for her very own version of Niska’s test?

There was also some fairly rushed material between Leo (Colin Morgan) and Max this week, as Hester began to question which of them is the true leader of this group, while Ed’s friend spotted something through the café window. The episode ends on a cliffhanger that starts amusingly, with Voss receiving a true human experience of throwing up in a pub toilet, but quickly turned serious when an alcohol leak inside her body compromises her systems. It was the only moment in an otherwise fairly sedate episode that got my pulses racing. Despite plenty happening, episode 3 was nevertheless one of Humans’ less dynamic stories.