Pushing into the second half of the season, and significant changes are taking place. A lot of this new direction forms over a weekend, with most of our characters getting the chance to consider their next move very carefully. Joe (Lee Pace) and Ryan (Manish Dayal) have pitched their incredible regional network idea (i.e. NSFNET, the backbone of today’s internet), and it seemed to have been received very well by the men in suits—of which Ryan could now pass for, having been professionally tailored. But the look of satisfaction on Ryan’s face after their pitch, staring out across the city from Joe’s balcony, is going to be short-lived.

The board ultimately decided to reject Joe’s latest brainwave and Ken Diebold (Matthew Lillard) took great pleasure in removing the company’s founder from a position of authority—condemning him to four years in the wilderness because of a ‘no competition’ clause, or to sit in his luxury office as a lame duck figurehead. Joe’s luck has run out, so at another deposition meeting over the software Gordon (Scoot McNairy) claimed he stole, he decides the only course of action is self-sabotage: going on the record to say that MacMillan Utility is built on Gordon’s genius, not his, and presumably destroying his company. It’s hard to see what Joe’s plan is—if he even has one, but I can only surmise that he wants to offload the guilt and try to rebuild his relationship with the Mutiny gang. Elements of Joe’s story echo what actually happened when Apple sacked Steve Jobs, only to hire him back in the late-1990s, so will Gordon/Mutiny eventually call on Joe again? He is a great salesman, after all. 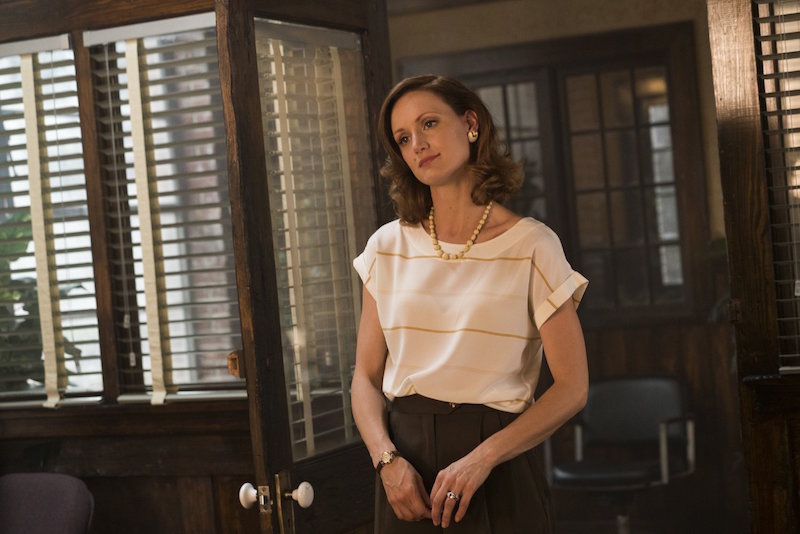 After last week’s discovery by Cameron (Mackenzie Davis) that her business partner Donna (Kerry Bishé) lied to her about their paymaster Diane Gould (Annabeth Gish) insisting they don’t sack the Swap Meet founders, I was poised for big fireworks. They didn’t happen, but what we got was a lot more interesting and realistic. The whole thing was somewhat overshadowed by news that Compuserve would like to acquire Mutiny for $20 million (4x what they believed they were valued at), and now both women need time to work out their next move. Diana advised them to spend the weekend at her vacation house in Sonoma, but only Donna actually went—getting a taste of the kind of luxury that $20m would buy them. It seems like a no-brainer to take the deal, but, of course, Cam sees Mutiny as a significant part of her being. She doesn’t want it chopping up “into pieces so you can ring a bell on Wall Street”. It’s hard to imagine her ever selling, even for life-changing money they could feed into a better business venture.

The decision remains unmade. Cam instead kept her distance from Donna, rather childishly. I loved the sequence when Donna laid out on the grass, basking in the lifestyle that’s within her grasp, only for Cam to approach and have a conversation that was very mature and level-headed… only for it to be revealed as Donna’s reverie from drugs she got from Diane’s daughter. I enjoyed the simple off-camera choreography of that moment, too, with director Michael Morris’s camera floating to Donna’s face and skyward to reveal that Cameron isn’t actually lying next to her. There was another good shot in the aforementioned scene with Joe and Ken, when we saw how his humiliation was being filmed on a tabletop camera, rather oddly, then realised that time had passed and Joe was now attending a deposition in the same conference room. You can almost imagine the actors having to slip onto the set, on cue, to make it appear like a seamless time-jump has occurred. 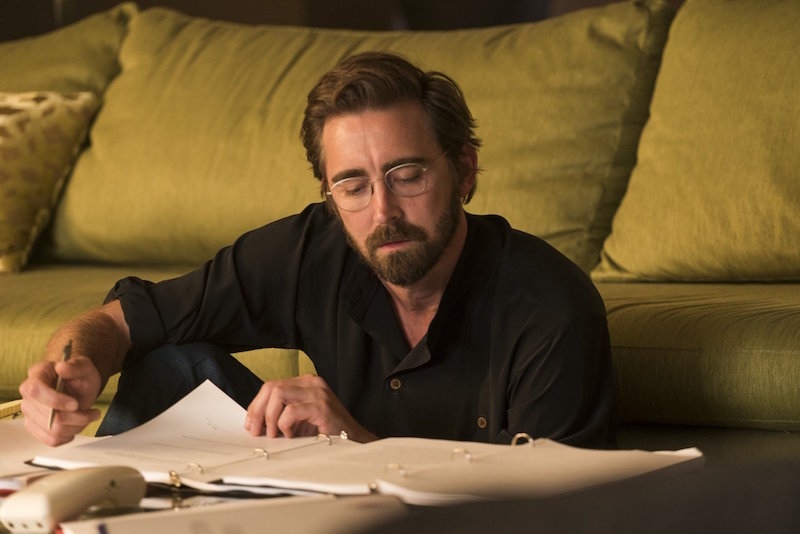 Cameron actually spent much of “And She Was” with Gordon, who she appears to get along with much better than anyone else. I keep wondering if the writers are nudging us into a storyline about Cam and Gordon becoming romantically attached, which would almost certainly poison the waters with Donna irrevocably. It just seems a bit too obvious, however. They’re more than likely just good buddies, and I loved the extended scenes of them playing Super Mario Bros. together on the NES. It’s rare that TV shows where actors have to pretend to play video games seem plausible, but their comments and behaviour while playing Nintendo actually fit with what was being shown on-screen. It also brought back a lot of ’80s memories.

More importantly, though, Gordon suffered a brief seizure whilst playing the game and couldn’t pass it off as low blood sugar to Cam. He had to come clean about his brain damage and how it’s been affecting his life, which only seems to have brought them closer together. And yet, in a very telling scene, Cam could only reciprocate with a bit of truthfulness via ham radio, having also discovered Gordon’s new side passion. Cam’s truly a person of the 21st-century, stuck in the ’80s, where face-to-face conversation and meaningful discussion is very difficult and much easier as text chats or over radiowaves. And Cam’s big news related to last week’s puzzling reveal of her brandishing a ring between her fingers—as she appears to have married Tom while visiting Texas. I have a feeling she regrets it, and Joe seemed to understand why she did it (having married for much the same reason): she was momentarily happy and decided the cause must be down to whoever’s company she was sharing at the time. But for now, she’s moved out of the Clark’s and is perhaps going to be setting up house with her new husband when he arrives? Is Cam being married and more independent another step away from Donna? Does Mutiny’s souring partnership really matter when it seems likely Gordon’s about to be fairly credited for the anti-virus software that turned Joe into a famous tech millionaire? 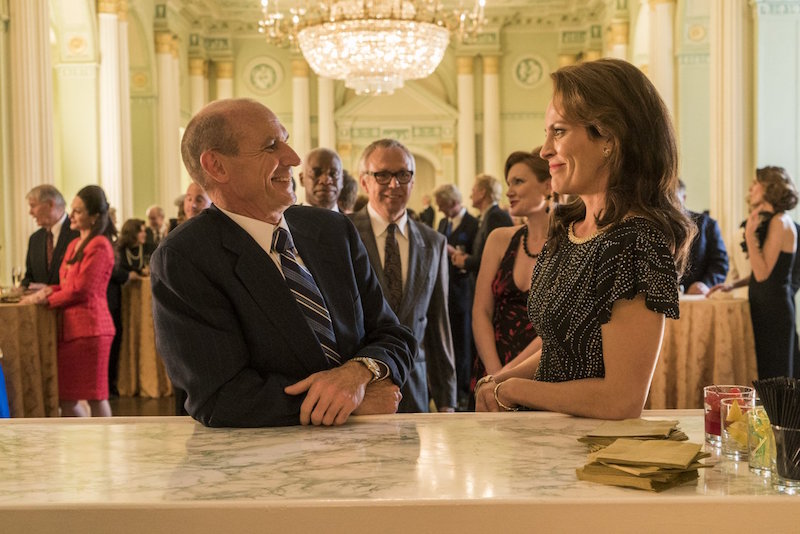