The title refers more to Cersei’s actions than anyone else’s, but “The Queen’s Justice” otherwise makes clear the differences between the two strong Queens vying for control of the Seven Kingdoms. Cersei’s proving to be every inch her father’s daughter, in terms of her tactical reasoning, and it’s interesting how rival Daenerys is doing everything she can to distance herself from her own father’s behaviour. Let’s look back at what happened in Westeros this week… 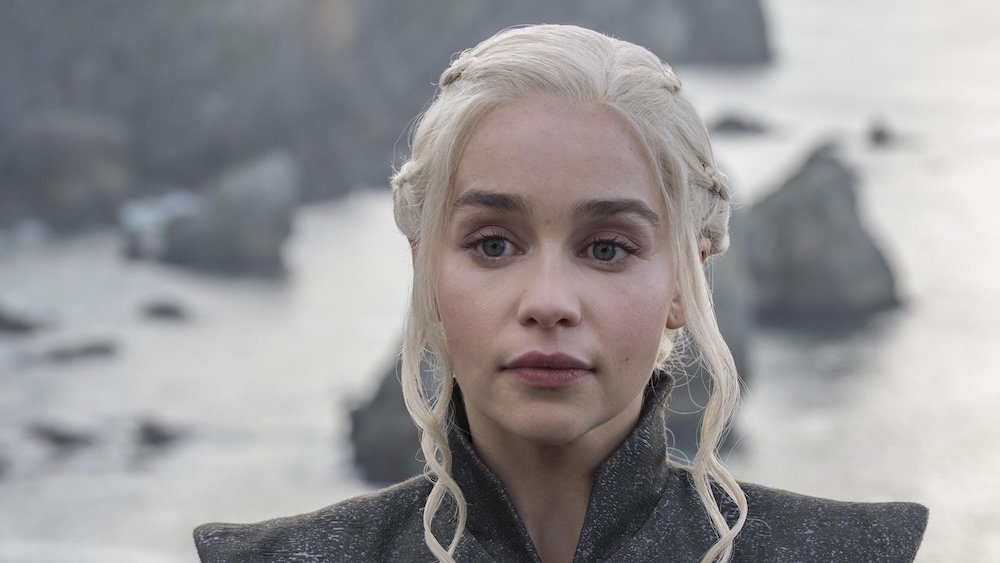 One of Game of Thrones’ most anticipated meetings finally happened in “The Queen’s Justice”, as Jon Snow (Kit Harington) arrived at Dragonstone to talk with “foreign invader” Daenerys Targaryen (Emilia Clarke). It’s always entertaining when long-separated characters come together in this way, and considering many fans believe Dany and Jon represent the titular “fire” and “ice” of George R.R Martin’s A Song of Ice & Fire novels, it’s undoubtedly a very significant moment for the series.

And I was pleased by how it went, as the two children of great leaders sized each other up during a handful of dialogue-heavy scenes around their beautiful coastline surroundings. Dany was irritated Jon wouldn’t show her fealty, but Jon knew he couldn’t be subservient to the daughter of an evil tyrant his own father fought against. It was a tense moment seeing these two stubborn characters clash, however politely, with Tyrion (Peter Dinklage) trying his best to keep things amicable while trying to convince Jon that pledging his allegiance to Daenerys is the best way to go.

It was also an interesting way to remind us that the craziness beyond the Wall, with the mythical Night King leading an Army of the Dead south, still sounds utterly ridiculous to most southerners. More so than dragons, which at least there was physical for centuries later. Those expecting Dany to put her war with Cersei (Lena Headey) on hold, to fly to the north with her dragons and turn the Night’s Kind to ash, will have had a rude awakening. The show isn’t quite ready for this spectacle, although I’m sure it’s coming in some form or another. Dany’s not even ready to believe what Jon’s telling her at face-value, although she acquiesced to his request to mind dragonglass to help in his battle. Ultimately, one got the feeling this was “a good start” for two crucial characters, who each have their problems to be worried about, for now, but it’s certainly still possible “ice” and “fire” will develop a closer working relationship in the future. That’s certainly what Melisandre (Carice van Houten) hopes, who was wise to leave before Davos (Liam Cunningham) caught sight of her… but it smacks of not really knowing what to do with her character, if she’s indeed out of the picture for awhile. 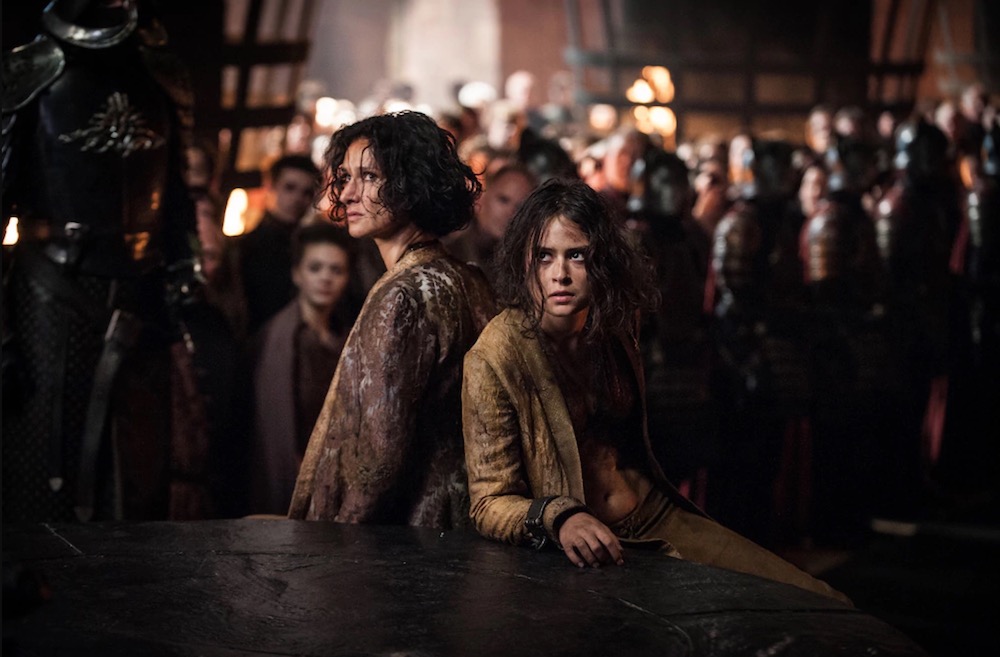 As expected, Euron Greyjoy (Pilou Asbæk) returned to a hero’s welcome in the capital, riding through the cobbled streets on horseback dragging his prizes behind him on ropes tied around their necks: Ellaria Sand (Indira Varma), Yara Greyjoy (Gemma Whelan), and Ellaria’s favourite daughter Tyene (Rosabell Laurenti Sellers). His offerings didn’t result in him getting Cersei’s hand in marriage, however, or at least not yet. Cleverly, Cersei is going to keep Euron around to command the royal fleet, to ensure a win against Daenerys, before the sound of weddings bells. And even then I have my doubts she’d go through with it, but it’s enough to keep Euron on the hook, while making loathsome remarks to Jaime (Nikolaj Coster-Walder) about Cersei’s sexual proclivities.

One of the most memorable scenes of the “The Queen’s Justice” was the moment that gave this episode its title, with Cersei avenging the murder of her daughter. It was suitably twisted and superbly acted by Headey and Varma (who communicates everything only using wide eyes), with Cersei opting to poison Tyene with the same stuff that killed Myrcella, then have Ellaria watch her daughter die, then slowly rot to dust during her long imprisonment. That’s the kind of protracted mental cruelty one would expect from Cersei, who took perverse pleasure in going over the plan to her enemy’s face, and ensuring it was something especially barbarous to a mother.

Finally, one thing season 7 has to do is make it seem plausible Daenerys wouldn’t swoop in and defeat Cersei in a matter of days thanks to her game-changing trio of dragons. They’re essentially nuke-carrying bombers in the context of this universe. Last week, we had the scene where Dany realised she didn’t want to “rule the ashes” and install herself as the country’s saviour after killing thousand of her subjects in the process. I could believe that. This week, Cersei appears to have sown up the issue of financing, by making a convincing argument for Tycho Nestoris (Mark Gatiss) of the Iron Bank to back her every step of the way. Dany may have fearsome dragons, but she’s also a radical who wants to end slavery, which is a boon to the Iron Bank’s coffers. So, having a Lannister on the Iron Throne is the safest bet when it comes to letting the bankers live in the luxury to which they’re accustomed. 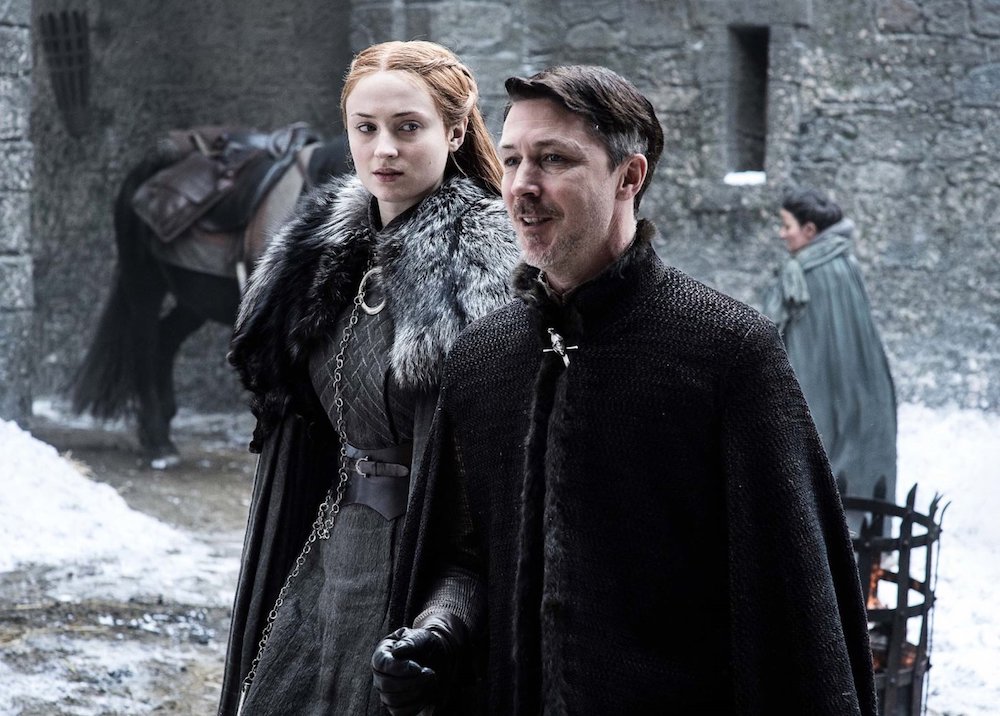 Dany and Jon finally shared scenes this week, sure, but so did Sansa Stark (Sophie Turner) and her little brother Bran (Isaac Hempstead Wright), who’s arrived in Winterfell far sooner than expected. Their reunion wasn’t as emotional and sweet as one might’ve expected, however. This was mostly because Bran’s changed dramatically from the precocious young kid he once was. He’s becoming more distant in himself, as his new role as ‘The Three-Eyed Raven’ seems to be taking root in his personality and temperament. Sansa doesn’t understand much of what her sibling is telling her, of course, and it did seem strange she was impressed by the “demonstration” of his new powers by mentioning her white wedding dress. Uh, aren’t most wedding dresses white? Couldn’t he have perhaps mentioned something more impressive? And when’s Bran going to drop the Jon-bomb about his half-brother’s true parentage?

Only a small moment for Theon (Alfie Allen) this week, just to confirm he’s alive and still part of the story, after being fished out of the water by the crew of a surviving ship. The Ironborn seamen seem to have surmised Theon only survived through cowardice, so it’ll be interesting to see if, or how, he manages to presumably take command and mount a rescue.

I know Game of Thrones is now racing towards the finish line, but there are some very odd shortcuts being taken. Sam (John Bradley-West) treating Jorah’s (Iain Glen) greyscale only began last week, but now he isn’t infectious and is being allowed to leave the Citadel by Archmaester Elbrose (Jim Broadbent)? It seems very rushed, and the Archmaester’s reaction seems to go against everything we’d been led to believe about greyscale. It was once a deadly disease that means certain death, that no maester has ever been able to cure, and yet Sam just followed the prescribed treatment from an old book he found and he’s cured someone with advanced symptoms? It’s stretching credibility, although I’m pleased Jorah can now get involved in Dany’s storyline again. But I can’t deny I’m increasingly disappointed that Sam now seems to exist to plot-advance more interesting stories happening elsewhere — be that Jorah’s return to fight by Daenery’s side, or Jon being informed about the mountain of dragonglass. 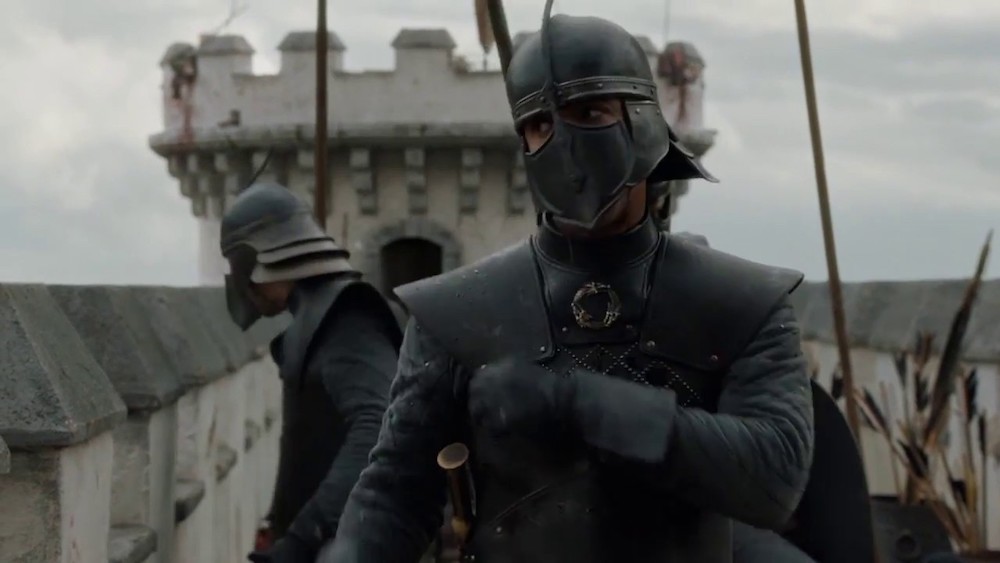 It struck me as very odd Dany stuck to the plan to take Casterly Rock using the Unsullied, in light of Ellaria being captured. She knew their plan, but the episode didn’t mention this, and Ellaria wasn’t even tortured for information. Maybe they’re leaving that for Yara? Anyway, I can only assume Tyrion’s plan was in full swing and couldn’t be halted after the Euron’s surprise attack, so Greyworm (Jacob Anderson) and his men stormed Casterly Rock and took the seat of House Lannister rather easily. Too easily, as it turned out…

In another example of Lannister deviousness and lateral thinking, most of the guards had already evacuated, before the Iron Fleet arrived to destroy the Unsullied’s ships offshore. As Jaime later explained, with no escape route to the sea and low provisions at the half-abandoned garrison, it’s only a matter of time before Casterly Rock is back in Lannister ownership. But will the Unsullied really just stay put and die of starvation after a long siege? I’m doubtful. A dragon or two would be handy about now.

While it was an entertaining action sequence with a sting in its tail, I didn’t initially understand that the opening scenes of the Unsullied attacking was Tyrion’s imagined defeat. I thought they’d sacrificed men attacking directly, scaling the castle walls up ladders, while everyone else surprised them by sneaking inside through the secret tunnel Tyrion designed to smuggle in women. It’s unusual of the show to show events that didn’t happen, so just caught me off-guard until I parsed the episode afterwards. 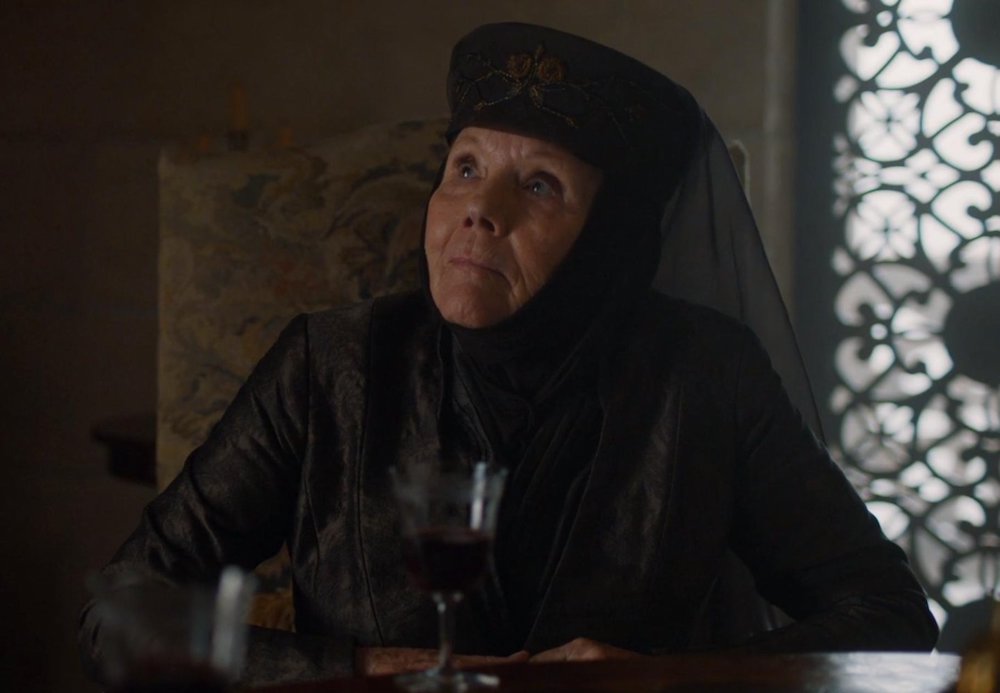 In a continuation of the situation at Casterly Rock, it turns out many of the Lannister guards had been ordered to take Highgarden, the seat of House Tyrell, in a plan inspired by the one Robb Stark once used against Jaime. It was a cunning plan that ran like clockwork, with a victorious Jaime coming to meet with Olenna Tyrell (Diana Rigg) in her chamber, to grant her a dignified death by poisoning. It was a rather touching moment in some ways, with Jaime showing his humanity for a strong and intelligent woman who’s lasted longer in “the game of thrones” than most people.

However, the power was deliciously snatched away by Olenna in her final moments, after she confessed to poisoning Jaime’s son Joffrey’s after knocking back her goblet. I was half expecting Jaime to angrily decapitate her once he heard the truth, but he instead marched away heartbroken to let the old woman die alone. One wonders what this means for Tyrion and Sansa, who were blamed for Joffrey’s death and became fugitives over it, but my guess is not much.

DOCTOR WHO – ‘Twice Upon a Time’