American Gods is a very strange show. Its strangeness is something that makes it hard to define, and often something making it hard to love. It can feel like it’s holding its audience at a distance, and that makes it much more difficult to root for or understand the characters. You can also almost never get an assured sense of what any given episode will feel like, or be about, and that disorientation feels like both a good and bad trait.

On the face of it, this sixth episode, “A Murder of Gods”, seems like it’s about exploring the aftermath of Shadow (Ricky Whittle) and Mr. Wednesday’s (Ian McShane) encounter with the New Gods, but it mostly ends up being a detour to discover more about the Roman God of Fire, Vulcan (Corbin Bernsen), who’s been given new life and sustainment by a town that worships guns. Elsewhere, the episode teams up Salim (Omid Abtahi) with Laura (Emily Browning) and Mad Sweeney (Pablo Schreiber) for a journey of their own that has the potential to give Laura a more permanent return to the land of the living, while also getting Sweeney his lucky coin back.

In “A Murder of Gods”, the opening vignette is all about the arrival of Mexican Jesus in America. He’s brought to life by a group of people relying on their belief as they attempt to cross the border into the US. While we see Jesus walk on water and save a drowning man from the group, he ends up dying along with all the rest of them when trigger-happy Yanks show up and shoot them all dead. It may be all very political and topical, but this is about as unsubtle as American Gods gets and is one of the weakest “coming to America” scenes so far, simply because it’s so straightforward on-the-nose.

The dearth of subtlety doesn’t end there. After Mr. Wednesday helps Shadow recover from a wound inflicted by Mr. Wood (an Old God turned new with more relevance in the modern age), they both head to the town of Vulcan as Mr. Wednesday continues to recruit for his army in the war against the New Gods. When there, we meet Vulcan, an Old God enjoying his newfound relevance in an isolated town where people adore guns and are likely fascists (they have the armbands and everything).

It quickly becomes clear this is an uncomfortable situation for a black man like Shadow. When Mr. Wednesday and Vulcan get down to discussion the oncoming war, Vulcan’s wholly preoccupied with tales of how each bullet fired from a gun he manufactures is a “prayer” to him. The anti-gun messaging here is evident, and none of this material is particularly nuanced. It can feel like American Gods is hitting you over the head with its politics and, when it’s not, this sort of thing being presented without much of a coherent story feels frustrating.

Where the episode’s more successful is during the adventures of Laura and Mad Sweeney, who’ve quickly become the show’s best source of comic relief. Laura’s deadpan lines and Sweeney’s exasperation meld perfectly and make for a great dynamic, and their hateful relationship’s one that only gets more interesting when Salim (Omid Abtahi) is reintroduced into the story, now freed from his old life and searching for the Jinn. It’s great to see the show bringing back seemingly one-off characters to expand their roles, and it’ll be interesting to see what more we can expect from Salim. 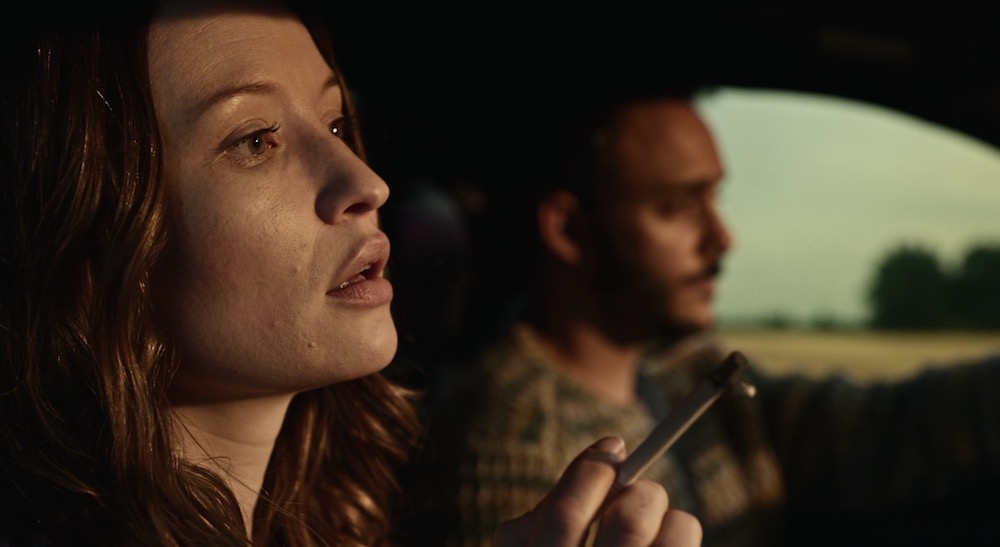 For Laura, everything’s simply about making sure she can be alive a little more permanently. Mad Sweeney’s going to stick around until he can get his coin back from her inside her stomach, and that won’t happen until she decomposes. And Salim’s simple quest is just to find the cab-driving Jinn again. Their goals all seem at odds, but they find a way to agree that they can all help each other, turning this whole thing into a funny separate road trip that’s proving to be more enjoyable than the main one. Interactions between these characters are fun and ridiculous, and apparently all invented for the show in the process of adapting it from Neil Gaiman’s novel.

American Gods has made it abundantly clear in previous instalments that it can be capable of greatness, but this episode lacked focus and was as disorienting as possible. That’s fine when the show seems to be dealing in philosophical nuance, but becomes less enjoyable when delivering heavy-handed political messages that could do with a lot more refinement. There’s nothing that happens in “A Murder of Gods” that comes across as surprising and unexpected, and the detour to Vulcan, Virginia, quickly becomes something that feels like a parody. The show needs for Shadow to be a little less shocked by all the strange things he’s experienced so far, especially because he just saw his wife come back to life, and it needs to more explicitly answer some important questions it’s been needlessly withholding.

While this episode makes important parallels between patriotism, belief, and gun ownership in the United States, along with different interpretations of the Christian faith presented at the opening, it feels like the show has a lot of work to do on both how it conveys these messages and how it presents a central narrative that’s starting to become less compelling than the smaller stories surrounding it.