Warning: this review contains major spoilers for HBO’s Game of Thrones, not just the fifth season, so it’s recommend you don’t read until you’ve seen up to the “Mother’s Mercy” finale.

Oh, no, they killed Jon Snow!

That was pretty much the reaction of 90% of Game of Thrones‘s viewers after “Mother’s Mercy”, the final episode of the fifth season. The other 10% are still recovering from the probable death of daughter-immolator and part-time grammarian Stannis Baratheon. The stabbing of the young Lord Commander of the Night’s Watch by his sworn brothers was one of the most shocking moments in a season filled with them.

It also served to highlight the potential pitfalls ahead for the show’s adaptors, David Benioff and D.B Weiss. This is a television and film site, so I intend to discuss the show and not George R.R Martin’s books, but I will say that while Jon Snow’s apparent demise is in the source material, there are risks you can take on the printed page that may translate unfavourably to a visual medium.

Thus, despite actor Kit Harrington’s insistence that Jon is really dead, many have pointed to the finale’s sudden arrival of Red Priestess Melisandre to Castle Black, having apparently abandoned Stannis to hitch her fortunes to a younger star. We know from previous years that the birth of Dany’s dragons has led magic to increase in Westeros and beyond, and know too that at least one Red Priest, Thoros of Myr, has the ability to bring the dead back to life. Will Melisandre resurrect Jon? It’s a distinct possibility, but here’s the rub: no matter how much it’s hoped for, might it not feel like a cheap gimmick when played out on television? 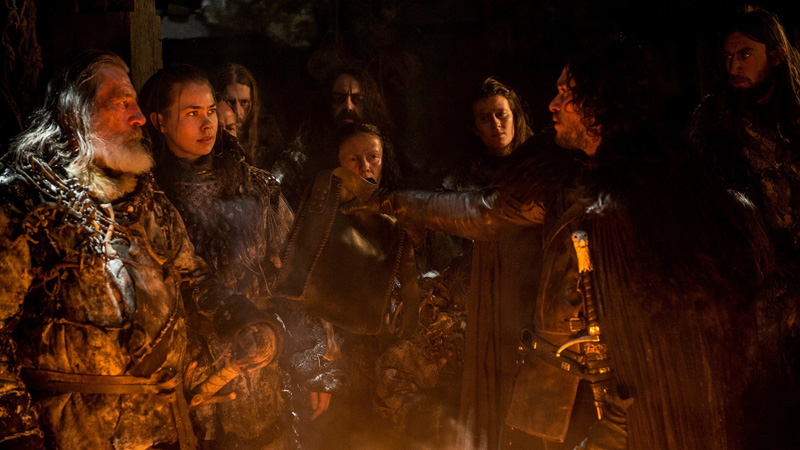 This, after all, is a show that prides itself on the notion that no one is safe, and where the dead (mostly) stay dead. Thus Ned Stark’s head remains stubbornly detached from his body, Oberyn Martell did not manage to escape the Mountain’s fury, and the Red Wedding did for poor noble Robb Stark, his mother, and pregnant wife. If Jon survives doesn’t it undermine the show’s ‘tough on fantasy, tough on the causes of fantasy’ ethos? Yet if he doesn’t then what was the point of his ‘kill the boy and become a man’ narrative, with all the heavy hints dropped this season that his parentage isn’t as it might seem?

It’s the latter point, in particular, that makes it seem unlikely the 998th Lord Commander of the Night’s Watch has breathed his last—and to be fair there are plenty of shows that’ve pulled this sort of trick and pulled it well. Even if Jon does survive there’s no denying that this has been a difficult season. Martin, a former television writer, famously intended his epic saga to be unfilmable; and thus A Song of Ice and Fire is filled with oddly deflating moments where the author gleefully turns the screw, daring his readers to join him as he dismantles trope after trope, introducing characters who feel important but then swiftly die, and ramming home the message that this is a brutal world where nobody will ever truly win.

Given this, it should perhaps be no surprise that the deeper we get into HBO’s adaptation, the more difficult it is to watch. This was a season with some wonderful moments; from the eerily beautiful scene where Tyrion and Jorah drifted past the ruins of old Valyria reciting poetry only to stop, awestruck, as Drogon, that ancient creature from a different time, flew slowly over their heads… to the Battle of Hardhome, in which Jon and the Wildlings spent a heart-stopping twenty-minutes fighting the Night’s King and his zombie horde. 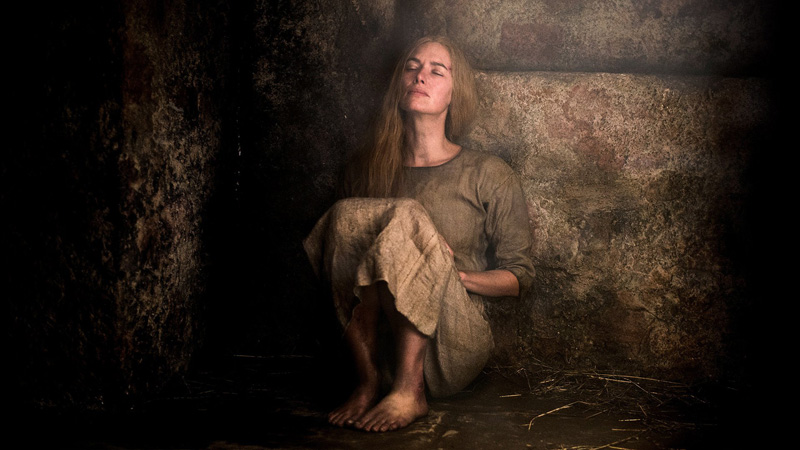 Even the year’s most problematic plotlines, such as Stannis’s terrible sacrifice of his sweet-natured, lonely young daughter Shireen, and Sansa Stark’s wedding day rape by the psychopathic Ramsay Bolton, were clearly signposted. We, the audience, might want to flinch and turn away but, in contrast to earlier seasons, these were not moments simply added to shock and horrify. They were not easy to watch (for some, they proved impossible), but they served to illustrate the true horrors of this world and the ongoing fallout of war.

When Stannis burned Shireen, he did so not because he was evil but out of a sense of duty. A belief that this was what he had to do to win a war and save a kingdom. That it was all for naught is his tragedy—and it is testimony to Stephen Dillane’s acting that it’s a tragedy the audience feels, even knowing the horror of what was done. Similarly, when Sansa was raped by Ramsay it underscored the awful reality of Westerosi society, a place where ‘everywhere they hurt little girls’. (It’s worth noting that even Dorne, where it was repeatedly stressed that little girls were safe, ultimately saw a little girl die). These are not easy storylines to tackle, but I do think Benioff and Weiss intend us to be horrified by them, to see how awful this world is for its women, to understand just how hard it is for this show’s many well-written female characters to survive.

Yet if this season’s darkest and most difficult moments were among its strongest—and I would include Cersei’s harrowing walk of shame in the finale—it should also be noted that not everything worked. While the scenes at Winterfell and North of the Wall were subtle and compelling, elsewhere things were often a big mess. Arya’s interminable training in the House of Many Faces concluded in gruesome murder and a bizarre blinding; and yet, despite the always-reliable performances of Maisie Williams, it all left me curiously unmoved. Maybe I’ve watched one too many hero-in-training tales, but I could have done with less washing of corpses and more time in King’s Landing, where rushed storytelling meant that we were never given a true sense of the power of the Faith Militant and the way in which the High Sparrow offered hope to a starving population desperate to believe.

Then there was Dorne. There are many things I can allow to slide when watching Game of Thrones—the sudden transformation of Daario Naharis as a man of diplomacy, the refusal to show us why Loras Tyrell is considered one of the greatest knights of the realm, even those times when Arya’s training slipped from Faceless Man to Karate Kid—but the Dornish disaster is not one. Not only was it a waste of two of the show’s most charismatic actors (Jerome Flynn and Nikolaj Coster-Waldau), it sorely underused Alexander Siddig, who was perfectly cast as the subtle Doran Martell. It also gave us probably the worst line ever uttered on this show (“You want a good girl, but you need a bad pussy”), a phrase which made me view Benioff and Weiss in an entirely different, unflattering light. 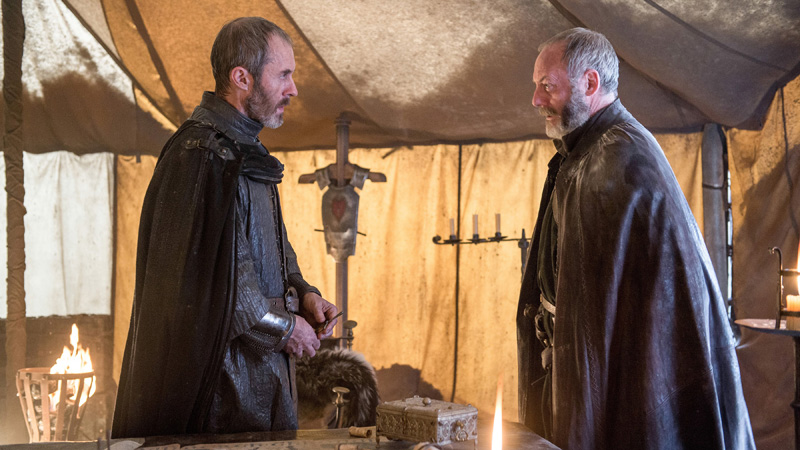 Dorne was just the most dreadful example of one of the biggest potential problems with this show. There are now so many strands, so many sprawling and intricate tales to be told, that inevitably some get short shrift. For every nice little moment—such as Mace Tyrell’s entertaining arrival in Braavos, or the Queen of Thorns’ face-off with the High Sparrow—there’s a scene clumsily rushed, or that appears malformed. It often feels as though Benioff and Weiss are, like Daenerys Targaryen, riding an untameable beast into the unknown and with about as much control.

That’s not to say season 5 was a write-off. No season featuring Tyrion meeting Dany, the painful fall from grace of Stannis Baratheon, or the compromised rise to leadership of Jon Snow, could ever be called that. It’s simply that, with each passing year the story becomes more complicated, more diffuse and harder to marshal. It becomes darker too—even if that seems like an odd thing to write about a show that started by beheading its leading man. George R.R Martin is as much horror writer as fantasy, and that much-promised Winter has very definitely arrived.

Yet, for all that, Game of Thrones delights in pulling the rug from under its audience. It insists on shocking us from our complacency, while rubbing our faces in the grime and dirt. There must surely be some hope, some promise of spring, no matter how bittersweet. We don’t tune in to watch Westeros reduced to ashes but because we hope against hope that someone, somewhere will prevail.

Written By
Sarah Hughes
More from Sarah Hughes
Oh, Ray, say it ain’t so! Just as I was beginning to...
Read More