Netflix original content has gone a little crazy just lately. What started with House of Cards snowballed with Orange is the New Black and Stranger Things, etc, to the point where it felt like there was something new premiering every week. It was getting to the point of over-saturation, especially when Netflix originals were once seen as a guarantee of utmost quality. That was lost somewhere along the way, and thankfully they’re now taking a harder stance on renewing shows. The Get Down and Girlboss, to name just a few, have fallen victim to Netflix’s sudden cutthroat approach to their programming schedule. However, that doesn’t mean there’s nothing new coming out, as illustrated by the high profile development of Naomi Watts-led drama Gypsy.

Whether you know Watts from David Lynch’s Mulholland Drive, the US remake of The Ring, or her Academy Award-nominated performance in 21 Grams, you’ll know she’s one of the most versatile actresses working today. She’s certainly come a long way from appearing in Home and Away, having moved to America and made a name for herself in Hollywood. Watts joins an ever-increasing list of A-listers looking for a new challenge on the small-screen, no longer seen as a place for failed actors but those who want to thrive with something different. The larger, more expansive roles available and the larger budgets have attracted star names like Nicole Kidman, Anthony Hopkins, Matthew McConaughey, Jane Fonda, and Kevin Spacey. But does Gypsy reach the heights of a Westworld or True Detective? Unfortunately, it’s not even close. 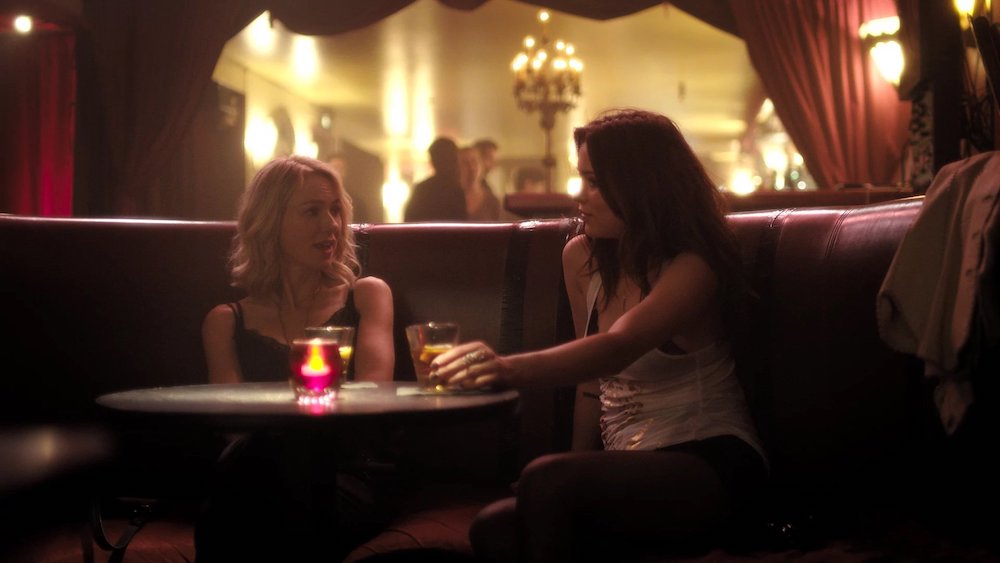 Gypsy is a psychological thriller about Jean Holloway (Watts), a complex and highly suspicious psychotherapist with a façade that hides ulterior motives and a questionable home life. As a professional that many put their trust in, Holloway takes things far beyond those private sessions. If there is a line, she seems to have absolutely no issues in crossing it. What makes Holloway an intriguing character is that there’s no clear cut good or bad in her personality. Sometimes she thinks she’s doing the right thing, while other times it’s clear she’s only acting selfishly. There’s a real balance between the two that makes Holloway someone you want to watch, but she’s very hard to relate to, and there’s often something so dislikable about her that Gypsy can become a difficult watch. When she puts herself in danger with a drug dealer, for example, the natural reaction would be to feel concern for her… but it just seems so stupid and unnecessary you almost think she deserves what’s coming. 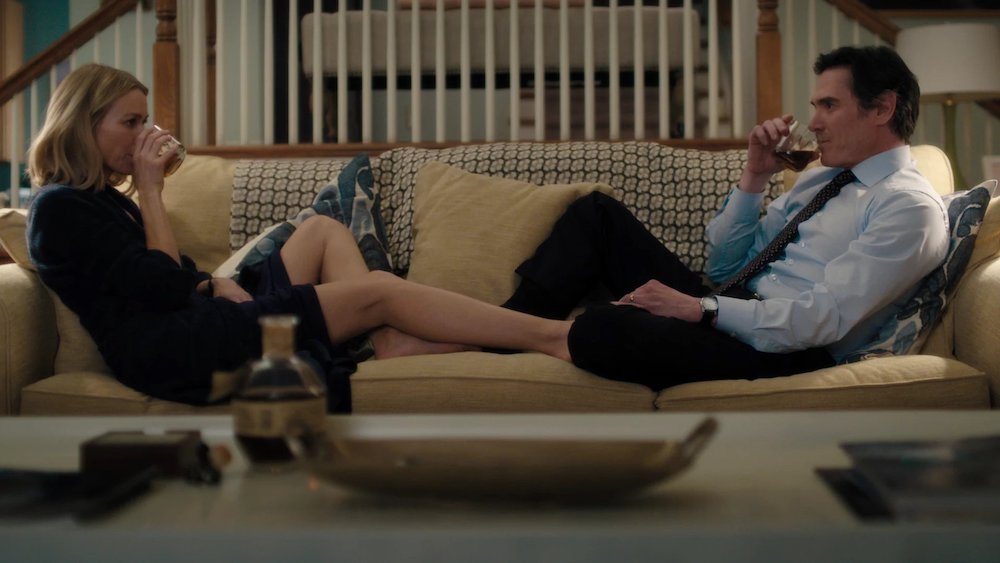 Once you find out Jean is married with a family, yet feels the need to cheat on her husband (Billy Crudup) with a girl (Sophie Cookson) who was dating one of her patients, it’s all a bit messy and clichéd. You find it hard to care, dialogue never feels real, and you get a feeling it’s being put together to tick boxes to shock the viewer. It just doesn’t work if you have no connection with the characters. Jean and her new female lover, Sophie, are meant to be some dangerous and risqué relationship, but the only reaction it stirred were eye rolls. 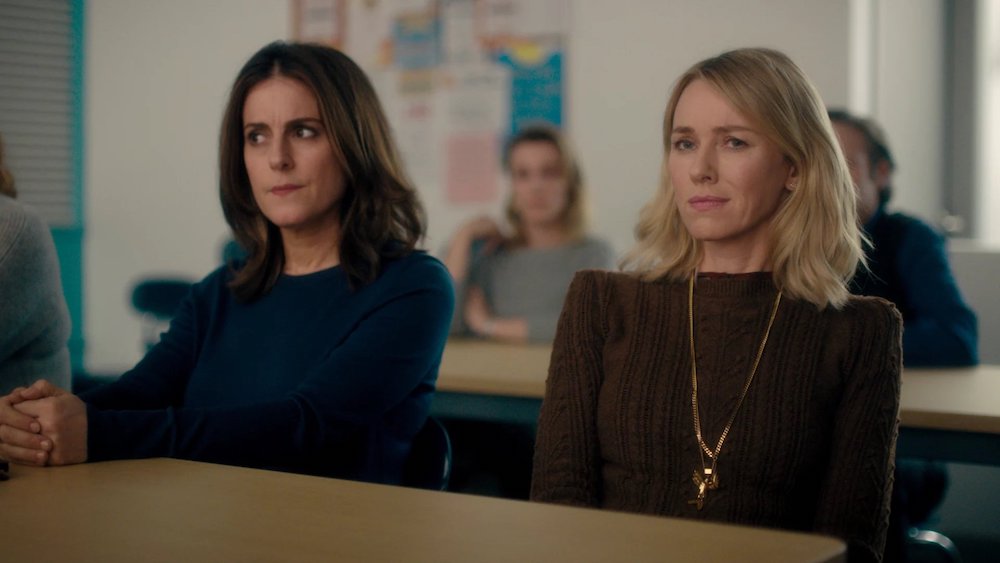 What are the justifications for Jean’s behaviour? That she’s bored? She needs more from life? Who knows. We all get bored from time to time, but that doesn’t mean we go crazy and start ruining other people’s lives. She renames herself Diane, as some sort of escape from reality, and goes and does whatever she wants without any consideration for the consequences. Even when there are clearly issues with her husband and daughter, you still don’t feel like her actions are within the realm of realism or at all justified. Delve below the surface and there’s not nearly enough there to Jean to make her memorable enough, especially when TV is delivering some of the best characters around at the moment. 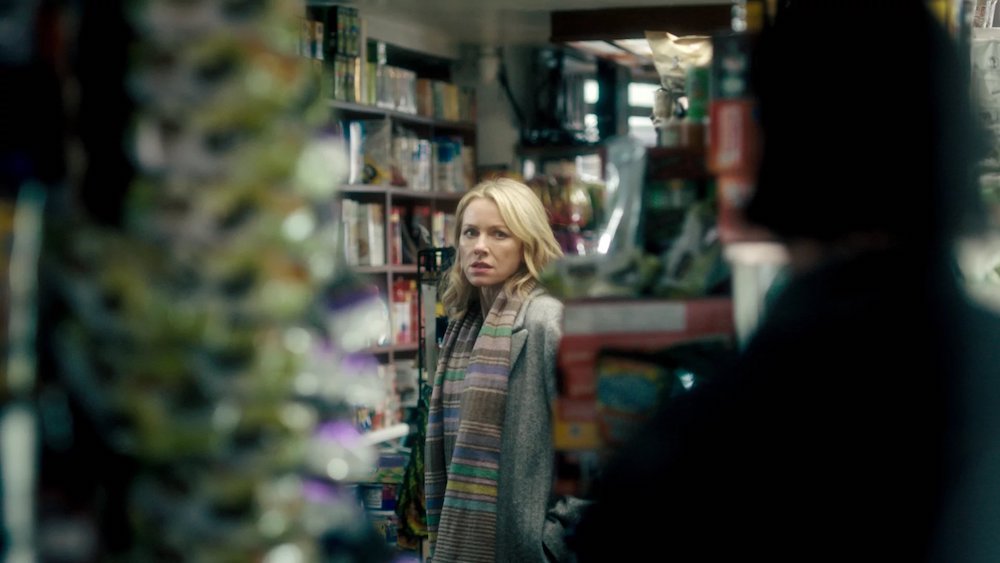 Jean’s moods are all over the place, her professional actions are middling at best, and her private ones even worse. In all honesty her behaviour often makes you want to reach into the television, grab her, and tell her to get a grip. I didn’t feel an ounce of empathy for her, and even if I got remotely close to doing so she’d end up doing something frustrating and send me right back to square one. A 10-episode season usually works to give a story time to breathe but not stretch the ideas, but Gypsy could have benefitted from losing a couple. It’s just too slow, and when you don’t care it’s hard to keep at it.

You can tell why Naomi Watts felt this was a good project to accept. On paper, Gypsy sounds like everything an actress could want from a story and character. Holloway’s complexities might have worked with a better script and a more cohesive script that made more sense. Watts is an exceptional actress, and her role here had potential, which makes its profound failure all the more frustrating. In fact, all of the cast deserve better than the material they’re given. Newcomer Lisa Rubin isn’t going to win many fans with her writing and show-running on Gypsy, an idea that clearly sounded better on paper when pitched to Netflix. And director Sam Taylor-Johnson (Fifty Shades of Grey) may have another piece of work on her resume to regret. If Netflix’s axe is still swinging, then Gypsy’s doomed, as most critics tore it to pieces. Whether the fanbase is strong enough to keep it alive, only time will tell. Personally, I think Netflix’s cash is better spent elsewhere.