Noah Hawley’s Legion is a hard show to classify. It can, at least on some level, be seen as a superhero drama (as it’s based on an X-Men comic book spin-off character), but it doesn’t fit neatly into a single box. It’s defined by weirdness and ambition, a constantly disorienting narrative with unpredictable twists and turns, and an atmosphere that makes you question whether anything you’re watching is real.

The world of the show even seems dislodged from time itself, a trippy mix of 1970s-style (especially in the costuming and set design) with modern dialogue and sometimes highly futuristic technology. What Legion presents is a singular but strange world, and it works so fantastically well that it’s become TV’s most audacious superhero show and currently the year’s best new drama.

We follow David Haller (Dan Stevens), a man diagnosed with schizophrenia when he was a child and who’s always heard voices in his head. The show begins with him institutionalised at the Clockworks psychiatric hospital, with the first episode and the early portion of this season often taking place within David’s mind itself and fuelled by his unreliable memories. It adds to the uncomfortable feeling of never knowing if what you’re watching is actually happening in real life. The premiere delivers the realisation that voices and visions David experiences may not be schizophrenia after all, but a symptom of David’s incredible mutant powers. He explores his abilities with the help of his girlfriend Syd (Rachel Keller) and other mutants at the Summerland facility, run by Melanie Bird (Jean Smart), all while the seemingly villainous Division 3 attempts to track down and detain David because of the danger he poses mankind. 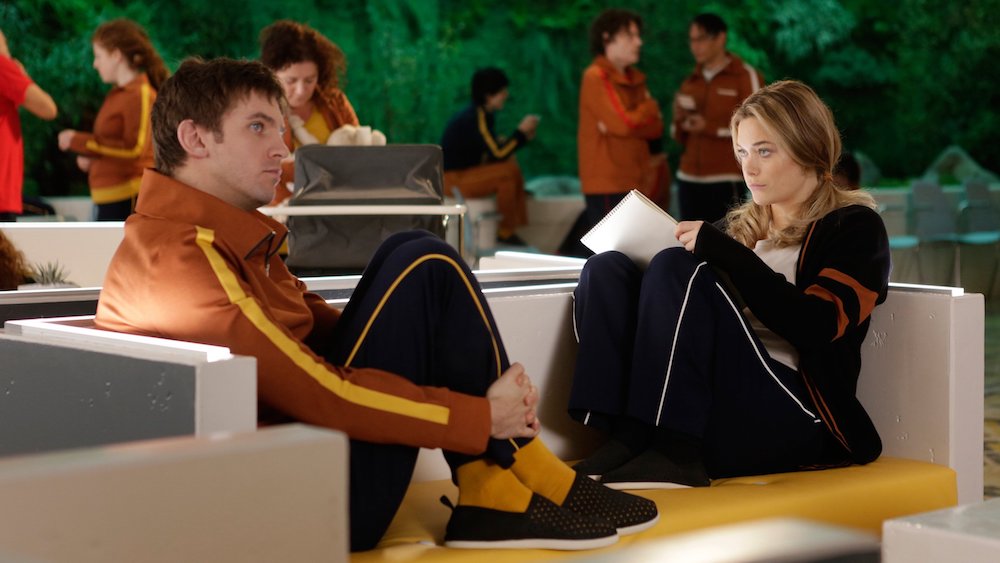 Instead of focusing on the conflict with Division 3, though, this first season is framed as a battle to save David’s mind from something evil lurking in the darkest recesses of his memory. This means we spend multiple episodes mostly within David’s head, seeing how multilayered perception of his experiences can be. More than once, Legion pulls off superb twists simply by revealing that something we believed to be true is only partly true, or sometimes completely false. It’s a trick it knows not to pull too often, meaning that when it does happen, it really works.

One of Legion’s greatest strengths is in its portrayal of the complexities of mental illness, and it’s important that it never says David is simply “better” because people have told him his experiences may be due to his power rather than his diagnosis. There will always be a lingering doubt within David, and because the show is shot from his perspective, we always feel that doubt at all times. 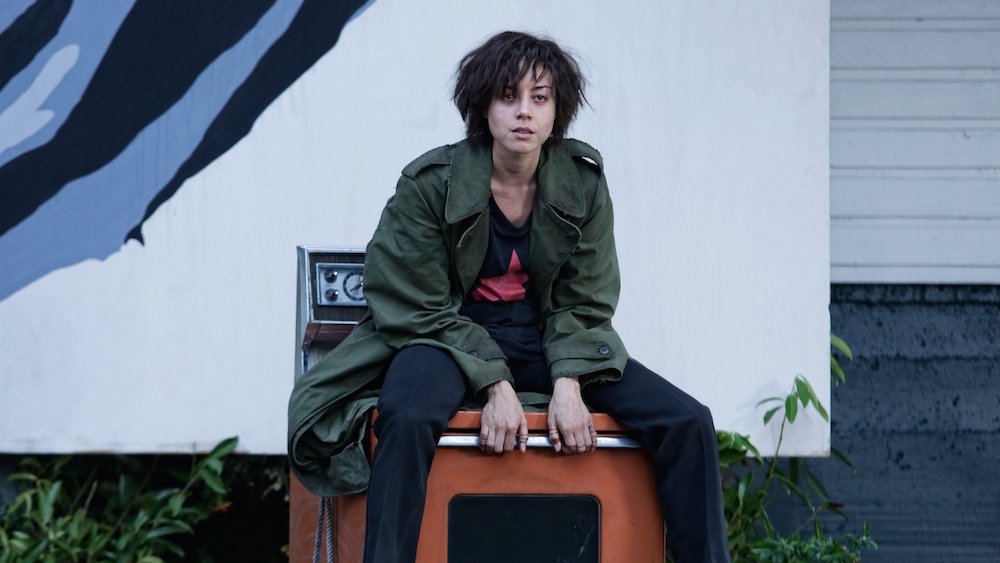 Rich with thematic depth, Legion successfully explores ideas of isolation and loneliness, and how challenging it can be to truly know and trust other people. It achieves this mostly through David as the lead character, but his lover Syd also can’t touch other people physically because her ability means she instantly switches consciousness with whomever she comes into contact with. It’s clear Syd’s developed defence mechanisms to cope, and has become withdrawn to keep from accidentally using her power on other people, and this extra complication makes her relationship with David all the more fascinating. This may be a surreal and often uncomfortable series, but with this relationship and these well-drawn characters at its core, it’s also a drama with a lot of heart and human emotion.

As the lead actor, Stevens is doing career best work. While he’d shown potential with a couple of movie roles since leaving Downton Abbey in 2012 (The Guest springs foremost to mind), Stevens really carries this show and makes it look easy. David can be self-destructive and stubborn, and it’s to Stevens’ credit that the character never becomes frustrating and is always someone you root for — even when it can be hard to know what exactly he’s thinking or feeling. Keller is equally excellent as Syd, capturing the nuances of how her character is mostly afraid of the power she wields, while also hopeful and maybe even naive about what many would see as shaky foundations for a relationship she’s trying to build with David. 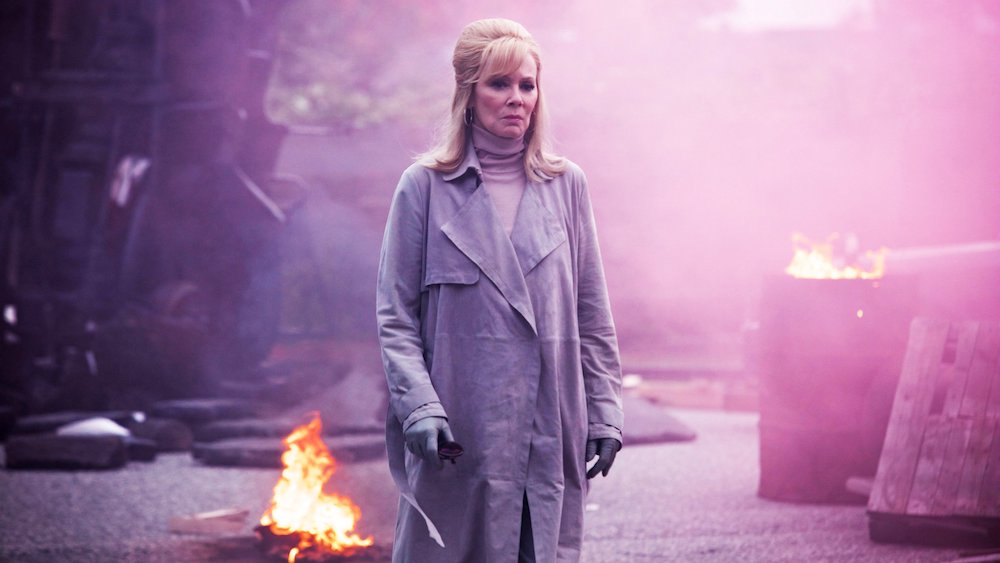 Above almost all the other actors on the show, though, it’s Aubrey Plaza who you can expect to be talked about when Emmy nominations are announced. She steals the show as Lenny Busker, an edgy friend of David’s from the mental institution. Plaza’s role ends up being much more significant than anyone who has only watched the premiere could possibly imagine. She ultimately delivers something that balances on the fine line between unhinged and restrained; a sort of terrifying madness that makes her multi-character performance one of the very best things Legion has to offer. If you’ve only ever seen her as Parks & Recreation’s April Ludgate, be prepared to witness just how enormously talented she really is.

Visually, the show is bold and bizarre. It takes inspiration from the work of Stanley Kubrick in A Clockwork Orange and 2001: A Space Odyssey, but it’s also even more unusual, with an interesting blend of in-camera and digital effects to create a distinct look that keeps strengthening the themes of the story. This is a world of almost infinite possibility because the mind is capable of imagining almost anything, and we see that ring true in the psychedelic visual style of Legion and how things often don’t make sense straight away. The music works in tandem with this, too — full of synths and discordant sounds to keep the audience on its toes. 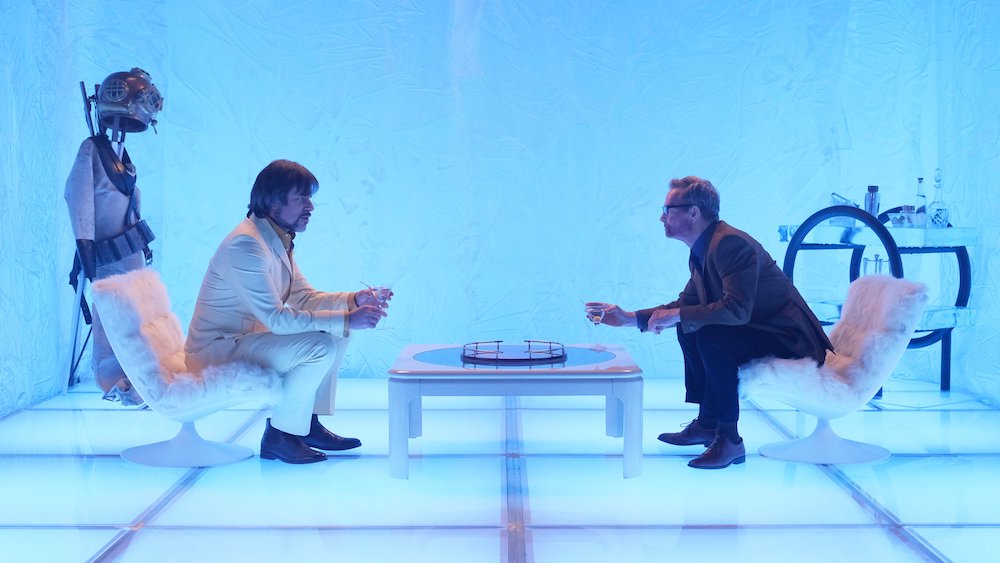 The first season doesn’t have a conventional structure to it, but if any show deserves faith from its viewers it’s Legion. While the premiere and even subsequent episodes refuse to dish out answers and seem specifically designed to bewilder viewers, if you trust that the writers you’ll find that it all builds to a satisfying conclusion. This is especially true for the penultimate hour, which attempts to answer most of the questions the show has presented up until that point. Thankfully, there aren’t really any pacing issues here as the show hasn’t spun its story out for too long. With no filler whatsoever, Legion comes in at a very manageable eight episodes, with each of them being distinct and interesting in their own right.

What Legion proves is that there’s more than enough room for experimentation and weirdness within comic book adaptations, and that it’s not so important to connect everything together. While every cog in the Marvel universe has to be joined in some way, almost to a fault, there’s no such attempt at continuity in the world of X-Men — especially after standalone successes like Deadpool and Logan. Shows like this can open the door for something daring and different, and while superhero stories can have overly familiar narratives there’s no reason why they have to. There’s room for something markedly different. Legion may sometimes aim to be as eclectic and inaccessible as possible, but it’s worth sticking with it for all the revelations and clever ways disparate storylines come together in the end.

MARVEL’S THE PUNISHER – Season One