Politics meet big business and narcotics in the life story of John DeLorean.

We meet Hoffman being coached by FBI middleman Benedict J. Tisa (House of Card’s Corey Stoll) before a court testimony. From there, we flashback to years earlier, when Tisa busted Hoffman for trafficking cocaine and hired him to work as an undercover mole in an upscale neighbourhood in southern California. His target is big-time drug dealer Morgan (The Walking Dead’s Michael Cudlitz) and his flaky drugged girlfriend Katie (The Boys’ Erin Moriarty), yet it’s his new neighbour John DeLorean he bonds with…

Jim soon finds himself enchanted by John’s lifestyle of parties and celebrity friends, but the car designer’s noticed Jim’s shady connections. For Hoffman, Delorean is a Gatsby-like figure, throwing elaborate parties filled with beautiful women and powerful businessmen, and his new hero soon gets between him and his wife Ellen (Ant-Man’s Judy Greer). The film excels during those party scenes, despite an awkward moment when Katie gets so inebriated she strips, ransacks her host’s wardrobe, and plunges into the pool. It’s during moments like that one gets the feeling Driven would’ve worked better as a straightforward comedy and less of a dramedy. 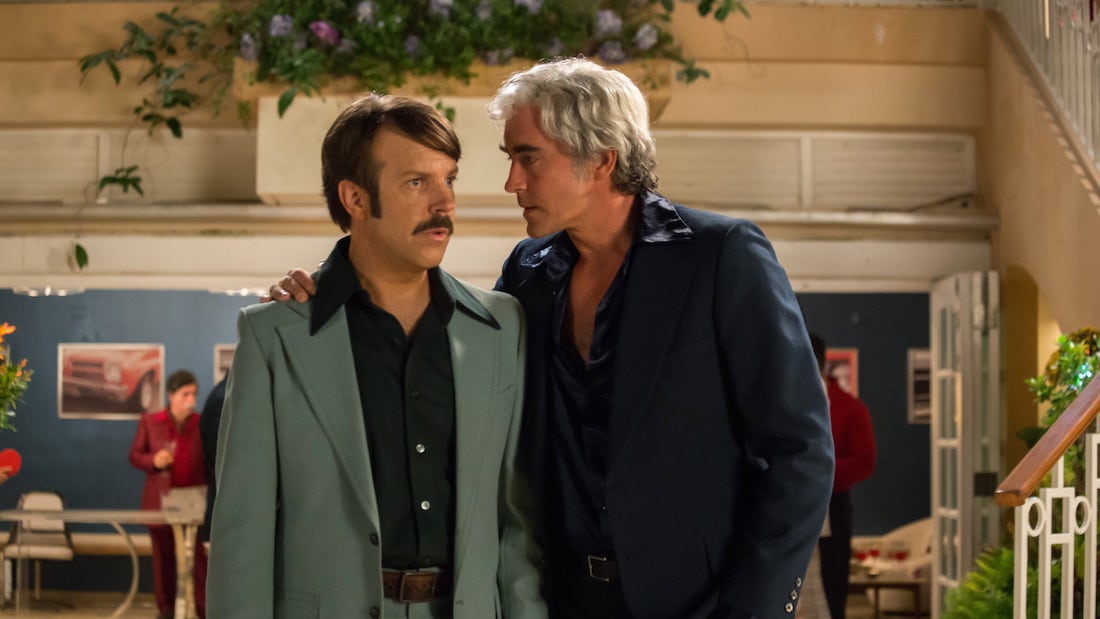 DeLorean needs millions of dollars—fast—so he suggests that he and Hoffman make a dodgy deal. Driven picks up the pace from here but, due to the main narrative being a flashback, there’s no real suspense to anything. You can guess too early how the story ends, so the story has a tendency to drag and doesn’t end big enough.

Sudeikis is pleasant and likeable enough, although he appears to be having a tough time with the dramedy nature of the script. Sudeikis plays his role like a Saturday Night Live sketch character half the time, thus reducing the stakes further. Lee Pace brings a brooding suaveness to DeLorean, despite wearing a distractingly terrible white wig, to evoke the air of a man whose laconic arrogance allowed him to believe he was smart enough to accomplish anything. 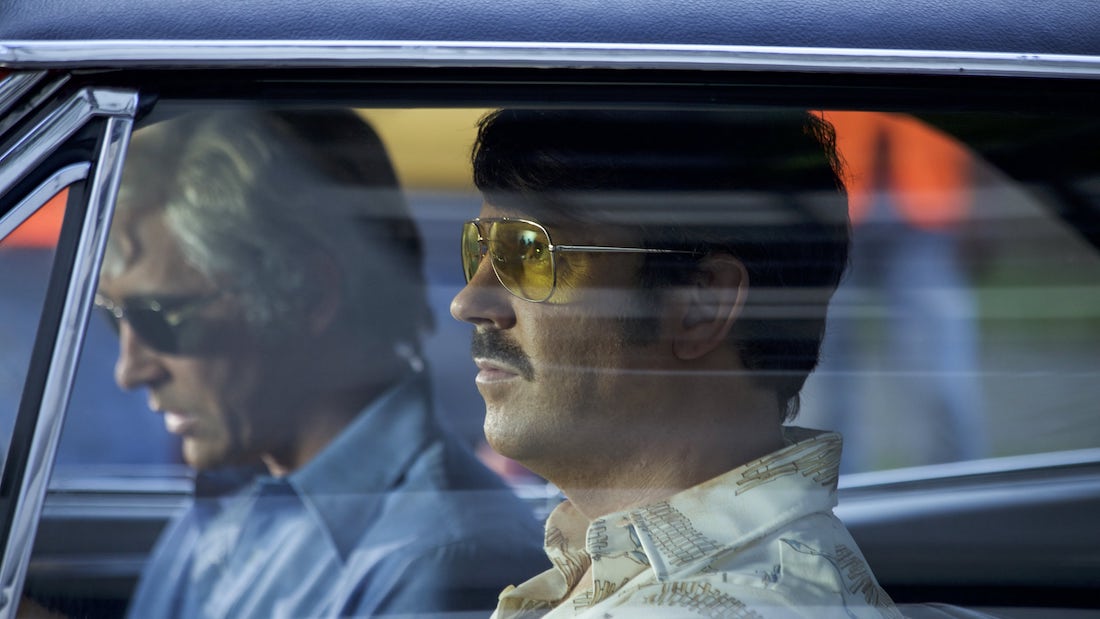 The women of Driven are given short shrift, sadly. Greer’s long-suffering of a trope wife, Ellen, has two modes: loving or exasperated. Moriarty’s Katie is handled even worse, getting only a few lines and an unnecessary topless scene.

The mixed-up timeline is a jarring plot device, too—at times it’s easy to get confused over who is doing what and when. The bigger problem is that most of the time you won’t honestly care. There’s nobody here you want to root for and sympathy for any of the characters is hard to come by. 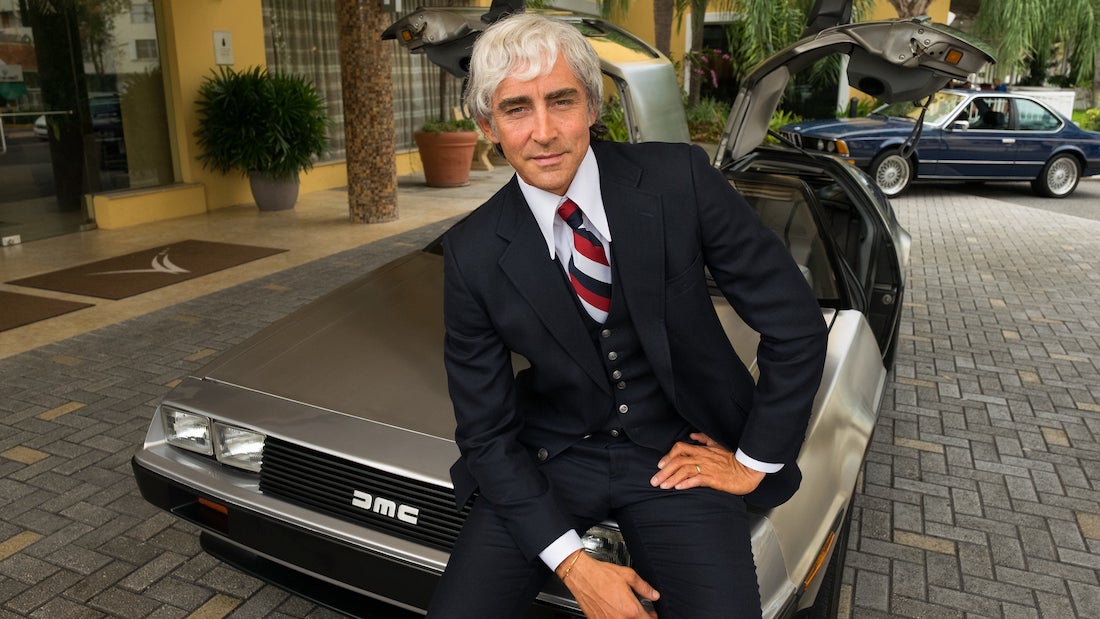 Driven starts strongly with the Hoffmans landing in a plane, taking their kids on a family trip to Disneyland via a drug-run to Bolivia, but it slowly loses its way and becomes half an ode to 1980s hedonism and a stranger-than-fiction yarn. The idea that the designer of a flop car (that became an icon thanks to Back to the Future) raised funds in such an ethical way should have made for a more interesting film.

The second movie this year to address DeLorean’s rise and fall and rise, Hamm and writer Colin Bateman appear too intimidated to fully address DeLorean as a person. Unlike Framing John DeLorean (2019), the man’s a supporting player in his own life story in this movie. Driven skirts over the facts in order to offer audiences a light-hearted dramedy reminiscent of American Hustle (2013).

As amusing as Driven is, the real story had so much more to tell. 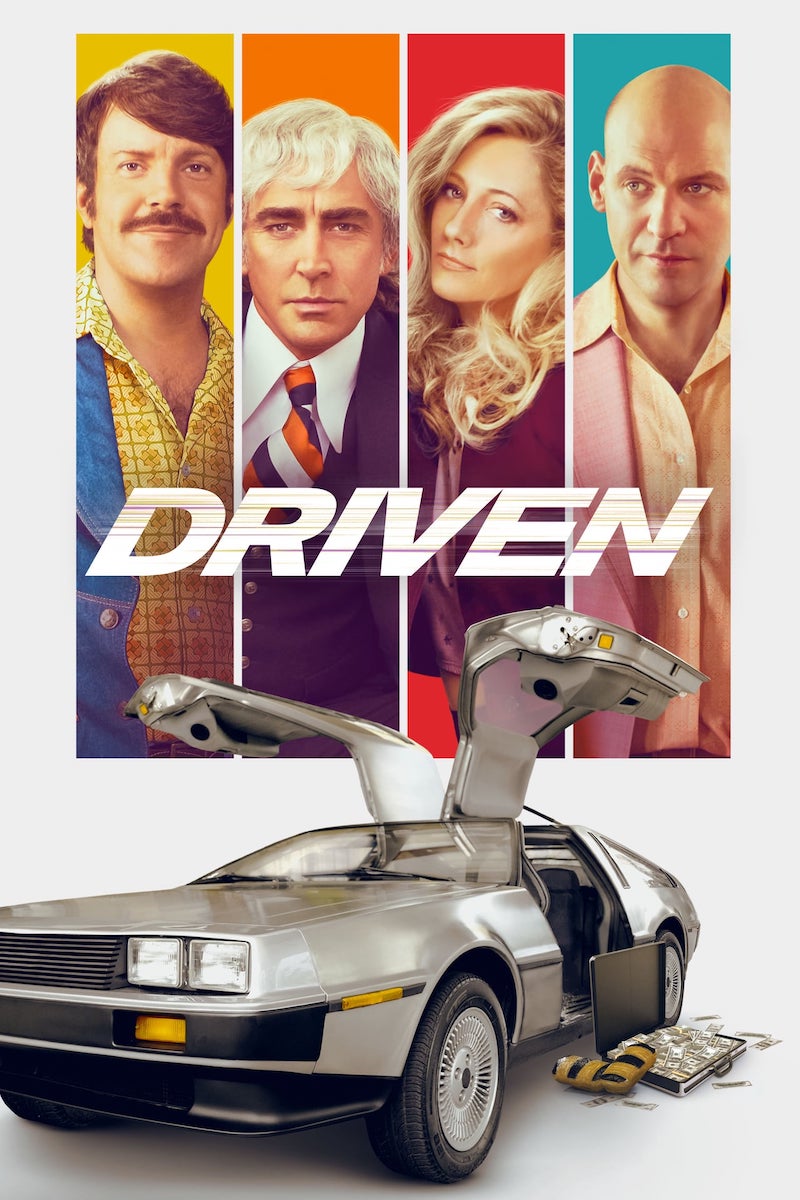