Having wrapped on Preacher, Seth Rogen and Evan Goldberg have co-produced another adaption of a Garth Ennis comic-book (this one drawn by Darick Robertson). Intended to “out-Preacher Preacher” in terms of the sex and violence, The Boys ran for 72 issues between 2006–12, ending just as The Avengers (2012) changed the face of superhero movies. Popular culture’s changed enormously in the seven years since the last issue of The Boys was printed, with dozens of comic-book franchises vying for attention across film and television. It seems like an apposite time to deflate the balloon a little, so showrunner Eric Kripke (Supernatural) has developed The Boys with an eye on current trends in entertainment, politics, and society.

The Boys takes place in an alternate present where hundreds of “super-abled” people co-exist with ordinary people, many working as superheroes of various stature. Sort of like The Incredibles (2004). The crème de la crème of super-teams is “The Seven”, managed by Vought International—effectively an evil version of Marvel Entertainment with a Kevin Feige analogue in ruthless Madelyn Stillwell (Elisabeth Shue). 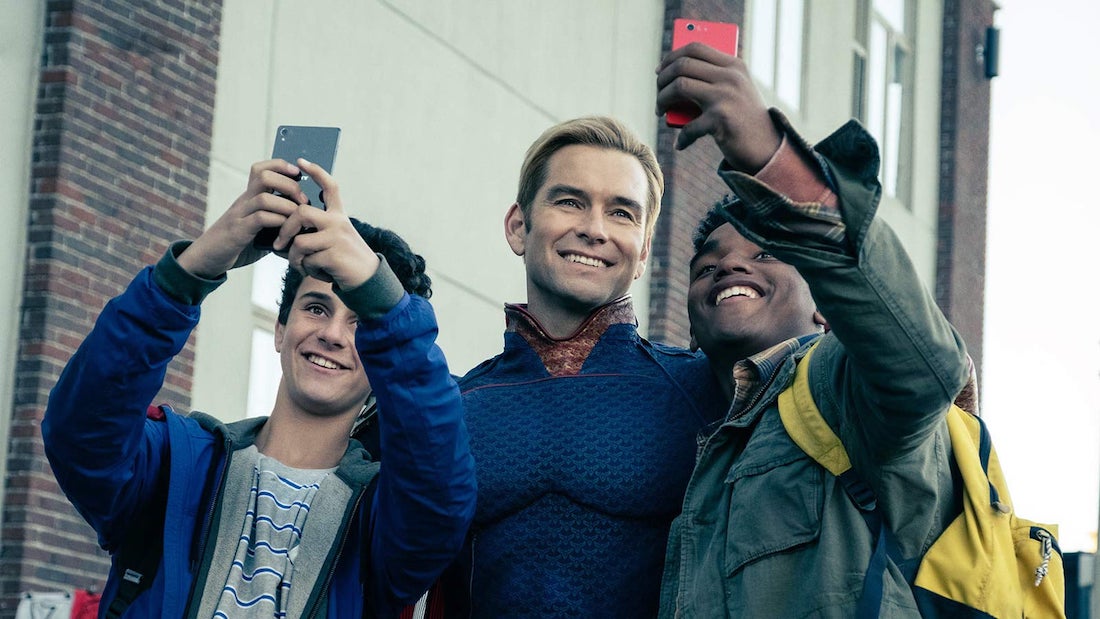 The twist is that the Seven may have genuine super-powers but they’re disingenuous assholes. Everything they do is an elaborate stunt orchestrated by their deceitful manager, whose only interest is making money by marketing the Seven as aspirational media celebrities. They go on chat shows, get book deals, and make movies (imagine if Robert Downey Jr. did the Iron Man schtick for real off-camera). Most “supes” have no interest in saving people but promote themselves as selfless heroes because it’s the wellspring of their fame and fortune. 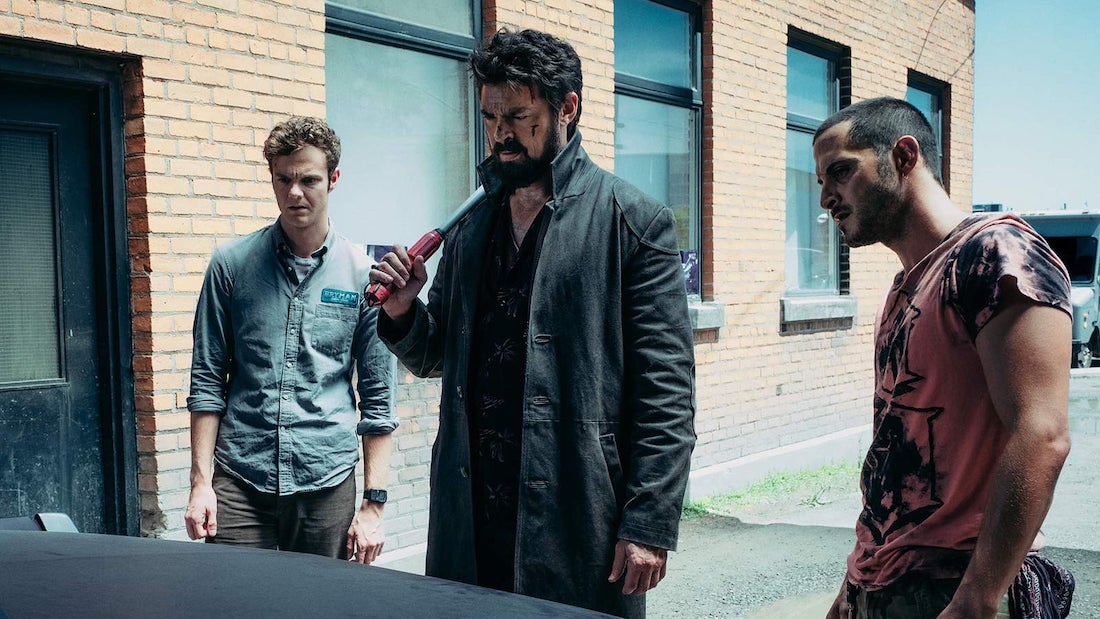 The Boys truly begins when unassuming electronics salesman Hughie Campbell (Jack Quaid) has a life-changing encounter with A-Train—who literally runs through his girlfriend Robin (Jess Salguerio), smooshing her in an explosion of blood and guts. Grieving over the gruesome accident and suffering from panic attacks now his veneration of the Seven’s been called into question, Hughie attracts the attention of tough-guy cockney Billy Butcher (Karl Urban) after refusing the hush money from Vought’s lawyers. And through Billy, Hughie’s eyes are opened to the corruption at the heart of the Seven.

Most supes aren’t the epitome of truth and justice, but egomaniacs, sociopaths, and perverts whose grotesque personalities are stage-managed to make money. And so Hughie is indoctrinated into the work of “The Boys”, a clandestine group of bad-asses who eliminate corrupt supes using a combination of determination and dirty tricks. Joining Billy in the gang is black muscle Mother’s Milk (Laz Alonso), French ballistics expert ‘Frenchie’ (Tomer Kapon), and eventually savage Japanese mute ‘The Female’ (Karen Fukuhara).

The idea of putting a satirical or cynical spin on superheroes is nothing new. It was the root of Alan Moore’s Watchmen and The Tick. The key difference with The Boys is that it’s stylistically edgier and has a compelling ‘Davids and Goliaths’ hook. It’s initially difficult to understand how some vigilantes stand a chance against demi-gods who are super-fast, super-strong, can turn invisible, shoot lasers from their eyes, and even fly. Their weakness isn’t kryptonite, it’s how much they care about their reputations. 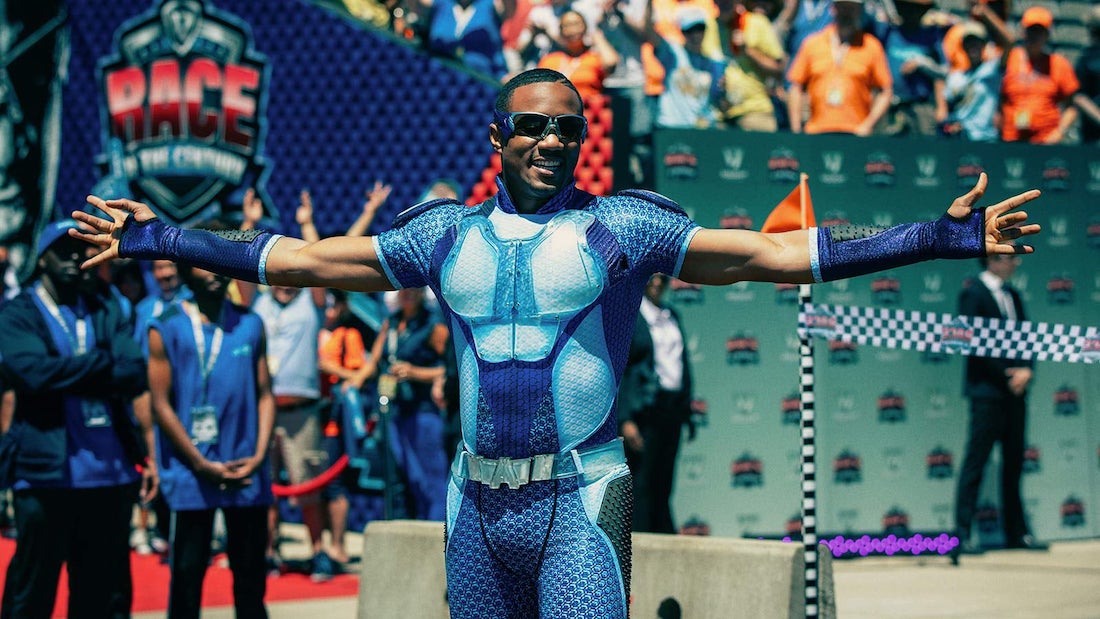 I’ve read a few issues of the comic-book, and the series appears to have embraced a lot of the style and tone that made it stand out. The Ennis-Robertson material was a coldhearted twist on decades of superhero cliches and how we’ve been taught to relate to those sorts of characters, so it feels welcome to get a TV show a decade into the Marvel Cinematic Universe. Everyone knows these archetypes now because they’re cornerstones of the entertainment industry! A lot of the satire in The Boys TV series is poking fun at what Marvel and DC have been doing to society, culturally, like the scene where A-Train goes to visit a sick kid who isn’t happy his favourite member of the Seven hasn’t come to see him in hospital.

The main source of conflict and drama is with Hughie, discovering he’s been living in a bubble of ignorance about what superheroes are like behind closed doors. Billy invokes the famous “blue pill, red pill” speech from The Matrix (1999) to explain Hughie’s current Neo-like situation and how he’s going to face more uncomfortable truths if he journeys further down this particular rabbit hole. 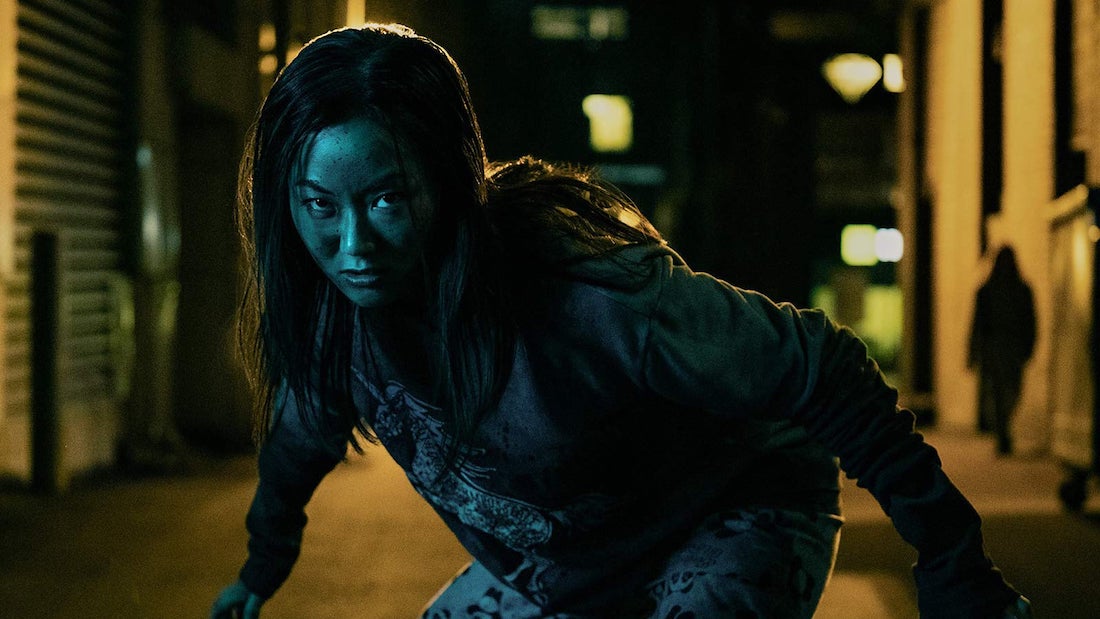 This is definitely a much better adaptation than Preacher, which mostly used the comic-books as a loose inspiration. Although some will be turned off by its negative take on superheroes, even if there are signs not all of them are terrible. Some may even have a change of heart. Billy represents someone who wholeheartedly hates supes because of a personal tragedy, which is what gets Hughie on his side initially, but the latter also begins to realise the fight isn’t as cut and dried as The Boys want it to be.

The standout performance is Karl Urban as Billy Butcher, who grabs the premiere by the balls and is never anything less than magnetic to watch. His cockney accent is mostly spot-on (although a few vowels wobble into gruff Australian at times) and he’s physically perfect as a no-nonsense meathead whose bravado hides a more tender heart that’s since turned to stone.

Jack Quaid (son of actors Dennis Quaid and Meg Ryan) is also good as Hughie, the moral centre of the story, being the perfect everyman character drawn into this crazy conspiracy and secret world. Hughie was famously modelled on Simon Pegg in the comic-book, so it’s also a fan-servicing delight that Pegg himself appears as Hughie’s father—being too old and expensive for a leading role today. I also enjoyed Antony Starr (Banshee) as Homelander, an actor who could easily have played one of The Boys, but instead gets to showcase his Bradley Cooper-chewing-a-wasp good looks as a slimy ‘Evil Superman’. And there’s even time to dig into his personality a little, eliciting sympathy in how his lonely upbringing turned him into an amoral douchebag. 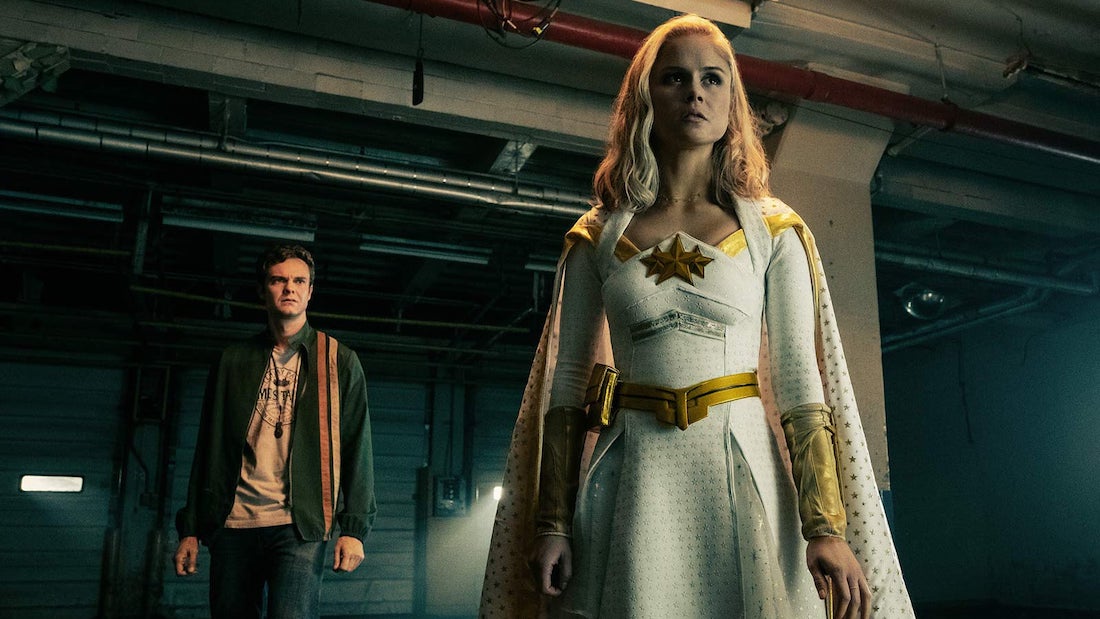 This isn’t big-budget TV, but neither does it look cheap. The VFX for the various super-powers are strong (I loved the invisible man brawl, with him being turned partially visible thanks to blood-spatter), and the only noticeable sign The Boys has financial limits is with the Seven’s costuming. They’re serviceable, but without multi-million dollar cinematography, they don’t often appear much better than cosplay. There are also some lapses in the show’s internal logic, like how most of the supes are in showbusiness. I mean, would ordinary folk in this alternate reality really flock to see superhero films starring actual superheroes? Watchmen had smarter logic, with swashbuckling pirate stories being a popular escape for people co-existing with super-beings.

In one episode, we meet a grownup child star (Haley Joel Osment) who can read minds, Mesmer, now signing autographs at a convention for fans of his old TV series The Mesmerizer. It doesn’t ring true. Why would a TV series need an actual psychic as its star? And why would a man who can read minds struggle to make ends meet in adulthood when he could be of value to law enforcement? It felt like certain aspects of the “what if?” nature of The Boys wasn’t properly thought through.

Overall, The Boys is a bracingly different take on superheroes, that’s improved the source material for the rigours of long-form television. The first few episodes aren’t surpassed when it comes to exploring the idea of a hardcore gang dedicated to taking on super-men with just their wits, but there’s enough going on to please fans of the genre itching for a nastier spin on the concept of costumed Gods living amongst us.