After publishing three different collections of Woody Allen’s oeuvre, Arrow Films is now releasing a selection of his early 1990s work on Blu-ray as standalone editions. One of these is Shadows and Fog, which didn’t receive much love from the public or critics, but even today (more than a quarter of a century after its release) remains fascinating for many reasons.

Shadows and Fog premiered in 1991, right before the stormy end to Allen’s relationship with Mia Farrow, when the filmmaker’s career was at its peak thanks to an exhilarating list of hits (including Annie Hall, Manhattan, Broadway Danny Rose, Crimes and Misdemeanors). Up to that point, he’d delighted audiences with a style heavily influenced by the Marx Brothers, Bob Hope, and other legends of that calibre. For Shadows and Fog, however, he drew inspiration from dramatic icons. This movie is first and foremost, a heartfelt, uncompromising homage to the German expressionist cinema of the 1920s, and it plays like an absurd tragicomedy filled with allegories about death and social alienation. It’s no surprise, then, that the public reacted coldly to it. 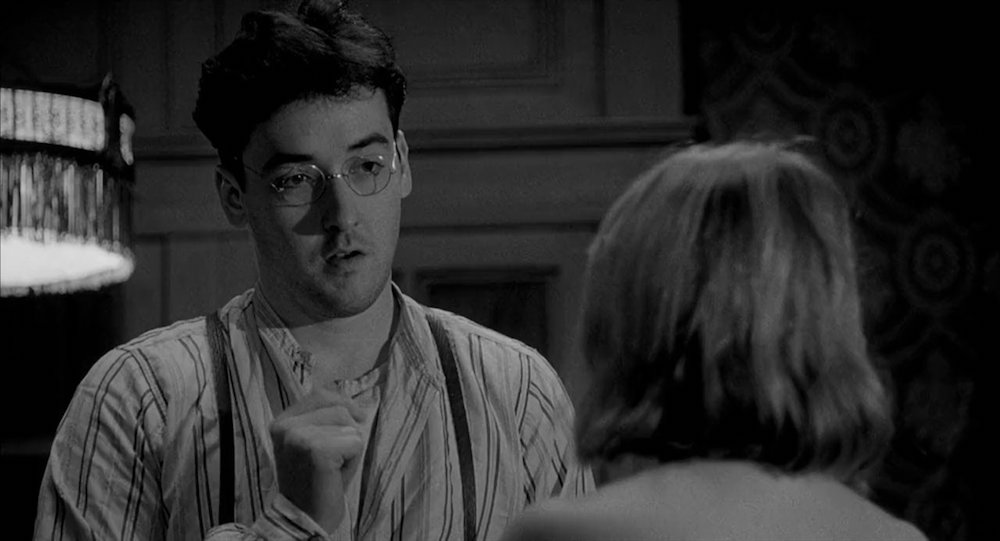 Appropriately shot in black-and-white by Carlo Di Palma (a frequent collaborator of Allen’s, but also of Michelangelo Antonioni’s), the story takes place in an unspecified foggy town, haunted by a mysterious serial killer. The opening is rather Kafkian: Kleinman (Allen, playing his typically frantic character) finds himself mixed up with a group of vigilantes with an obscure plan to capture the maniac. Shortly after, we’re introduced to Irmy (Mia Farrow), a sword-swallower from the local circus who’s in a troubled relationship with a clown. There is no chess game, but the references to Bergman’s The Seventh Seal couldn’t be more obvious, even though the killer, personification of Death, also evokes Murnau’s Nosferatu.

Inevitably, Kleinman and Irmy bump into one another; the former roaming the streets without a clue about his role in the patrol, the latter fleeing the circus, her unfaithful boyfriend, and a police raid in the brothel where she sought refuge. They are not the only characters in this adventure, though. As part of a trend that will intensify over the years, Shadows and Fog is a star-studded film, featuring Hollywood heavyweights like Jodie Foster, Kathy Bates (as prostitutes from a brothel), John Malkovich (Irmy’s boyfriend), John Cusack (one of the brothel’s customers), and even Madonna for a cameo. Not all of them are utilised to their full potential, alas. Seeing Oscar-winners onscreen for only a few seconds may feel like a waste, but it goes to show how much it meant for actors to work with Woody Allen at this stage in his career. In the early-’90s, his pitches likely encountered very little resistance from studios, as the star names he attracted helped give production companies a valuable marketing tool. 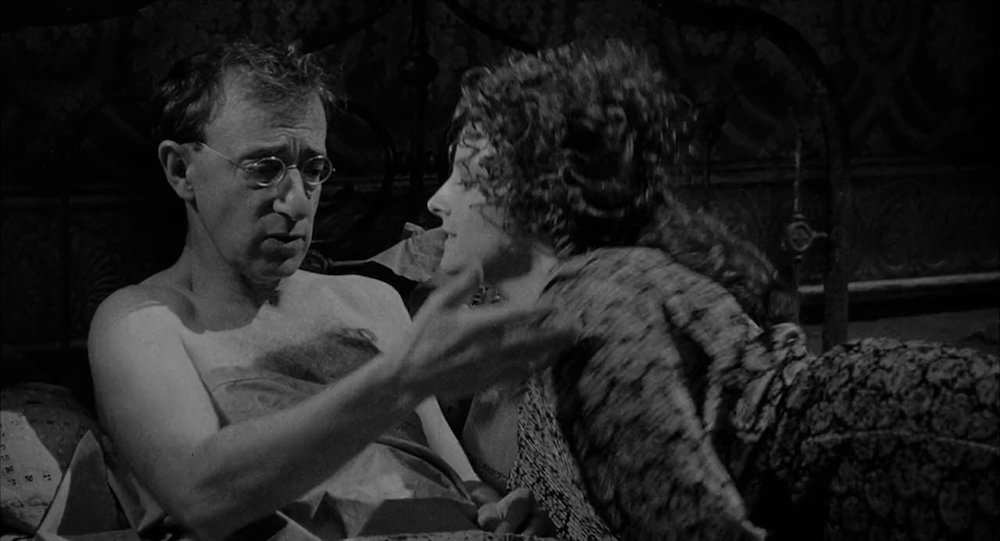 Shadows and Fog is an odd feature, even by Allen’s standards. Still, the traces of the director’s style and tropes don’t go unnoticed, starting with the typical idiosyncrasies and gimmicks surrounding the characters. The subject has the obvious familiarity of many of his stories: that feeling it was picked from Allen’s “big drawer of ideas”, where he must be storing hundreds of synopses and outlines, ready to be turned into screenplays. Yes, this definitely feels like a Woody Allen film, you’ll be telling yourself after the initial puzzlement. And quite rightly so: Kleinman’s story already existed as a 10-page play, included in one of Allen’s short story collections (“Without Feathers”, a real must-own if you’re a fan).

There’s no denying Shadows and Fog falls short on a few aspects too many. Its tone shifts from reverential homage to parody to lighthearted comedy, almost becoming a farce that’s hard to appreciate fully; the finale is not exempt from the typical inconsistency of Allen’s closing acts. Overall, it seems as though Allen made the film to indulge himself, rather than appeal to a specific audience. Even so, it never gets dull or boring; on the contrary, it retains a certain charm, peculiar to films clearly made with genuine passion, great skill, and a tangible, unreserved love for cinema.