During the week, Howard (Robert Gribbin) is a bumbling employee at a dry-cleaner and inveterate mama’s boy. But come the weekend, he’s picking up female hitchhikers in his van and deciding their fate based on one simple question: “do you love your mom?” If the answer’s yes, they arrive at their destination safely, but if they say no… Howard dissociates and turns into someone only a mother could love: judge, jury, and seriously repressed executioner of wayward daughters everywhere.

In-between work and impromptu coat hanger murders, Howard spends his free time drinking root beer and building model cars in his bedroom, blissfully unaware of the brutal murders he’s regularly committing. He’s as American as the apple turnovers his mother slips into his bag lunch each day; an unassuming, run-of-the-mill man-child in every way except, you know, he rapes and murders.

Irvin Berwick’s Hitch Hike to Hell is the platonic ideal of 1970s exploitation cinema. That isn’t a measure of quality. It’s not a great movie or an especially good one, in most respects, but it exemplifies the spirit of an entire decade of low-budget sleaze. Opening with a montage of hitchhiking teens set to a twangy country song about the dangers of hitching a ride with strangers (there’s nothing better than a theme song that both entertains and educates), the movie sets its tone immediately, laying it on thick with an endearing campiness that belies an unsparingly dark centre.

The scene that follows is practically a mission statement for the film. Howard picks up a hitchhiking teen named Sharon (Jacqueline Poseley) and the two hit it off. Howard’s awkward and charming but a little off, projecting nervous energy that lines the conversation with a degree of menace. When Sharon reveals she’s run away from home, something in Howard visibly snaps—and we’re given a musical sting and close-up on his face, in case it wasn’t clear enough—and he takes a detour from his route to rape Sharon before choking her to death.

This being an exploitation movie, it doesn’t hold back with the murder scenes. Hitch Hike to Hell is hardly The Last House on the Left (1972), but the aforementioned scene and similar that follow, are surprisingly horrific for a film that otherwise has a goofy proto-John Waters quality to it. Howard is loosely inspired by Ed Kemper (the infamous “The Co-Ed Killer”, familiar to modern audiences from Netflix’s Mindhunter). The parallels between Howard and Kemper are largely negligible beyond their appearance and choice of victims, but the real-life inspiration means the rape/murder scenes are shot with a faux-documentary realism which fans of Nightmare in a Damaged Brain (1981) or Maniac (1980) should be familiar. 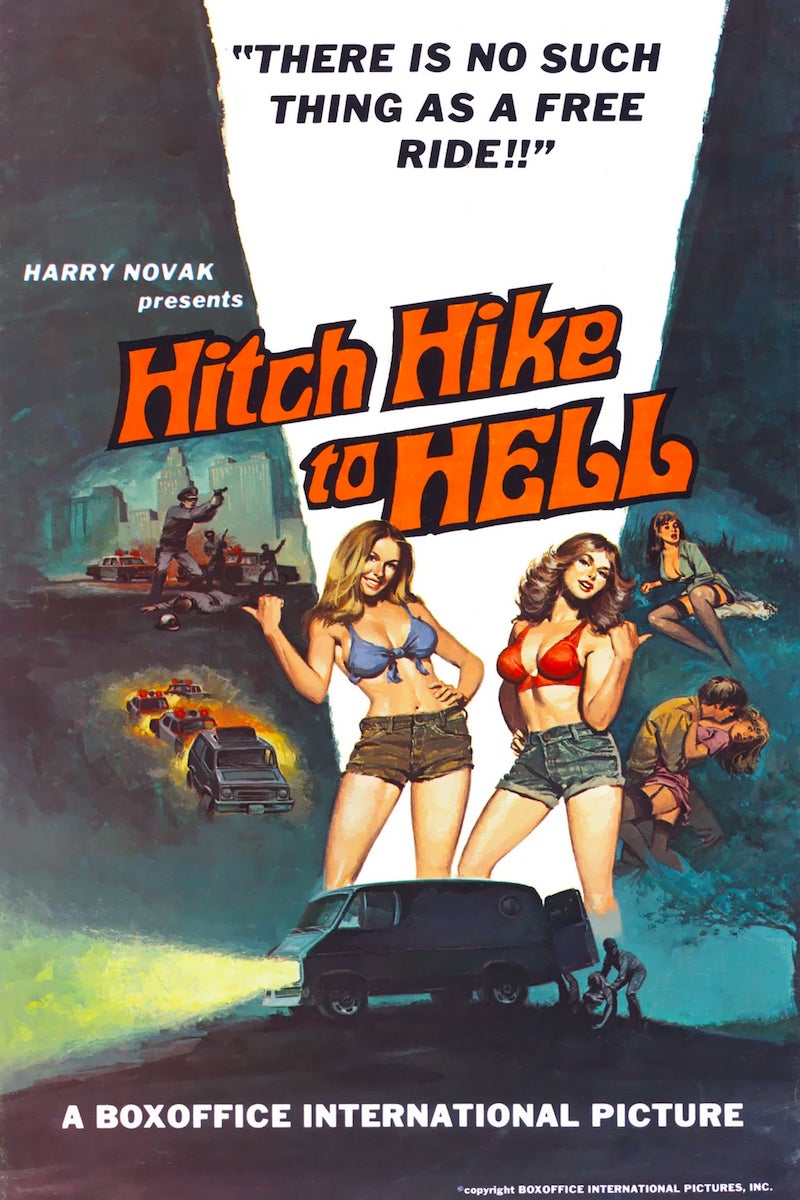 The juxtaposition between camp and unadulterated horror is hardly a new one for this era of filmmaking, but that doesn’t make it any less bizarre and entertaining. This is a truly strange movie that could very well have been made by aliens whose only knowledge of humanity came from Herschell Gordon Lewis B Movies and Wes Craven’s early output. The acting is predictably stilted and wooden to the point that dialogue sounds like a foreign language, one whose grammar dictates that every other sentence must contain the word “mama.” In other scenes, the performances swing for the fences into glorious, OTT hamminess that could only exist in a movie with a ludicrous title like Hitch Hike to Hell.

Continuing in the vein of the instructional theme song about not riding with strangers, the film often borders on being the world’s most deranged safety PSA. For all its slime and grime, underneath it all, it’s just a feature-length “Scared Straight” program—complete with lessons about the perils of hitchhiking, not talking to strange men, and trusting the police. Despite (or maybe because of) its woman-hating, mama-loving serial killer protagonist, it’s got all the moralistic charm of an afterschool special. That’s a little bit of a bummer given that outright conservatism is probably the least endearing quality a horror movie can have, but it all ultimately feels of a piece with its already gleefully chaotic mish-mash of tones.

Even with all its eccentricities and lovably rough edges, this is still as middle-of-the-road as exploitation movies get. There’s a definite appeal with that, however; it has the same feeling of comfortable predictability as trashy slasher movies or bad rom-coms, lulling you into a pleasant sort of half-trance as the plot moves in all the ways you expect it to. Still, the anonymity of it makes it a real joy strictly for genre devotees; for everyone else, there’s far better serial killer kitsch out there. 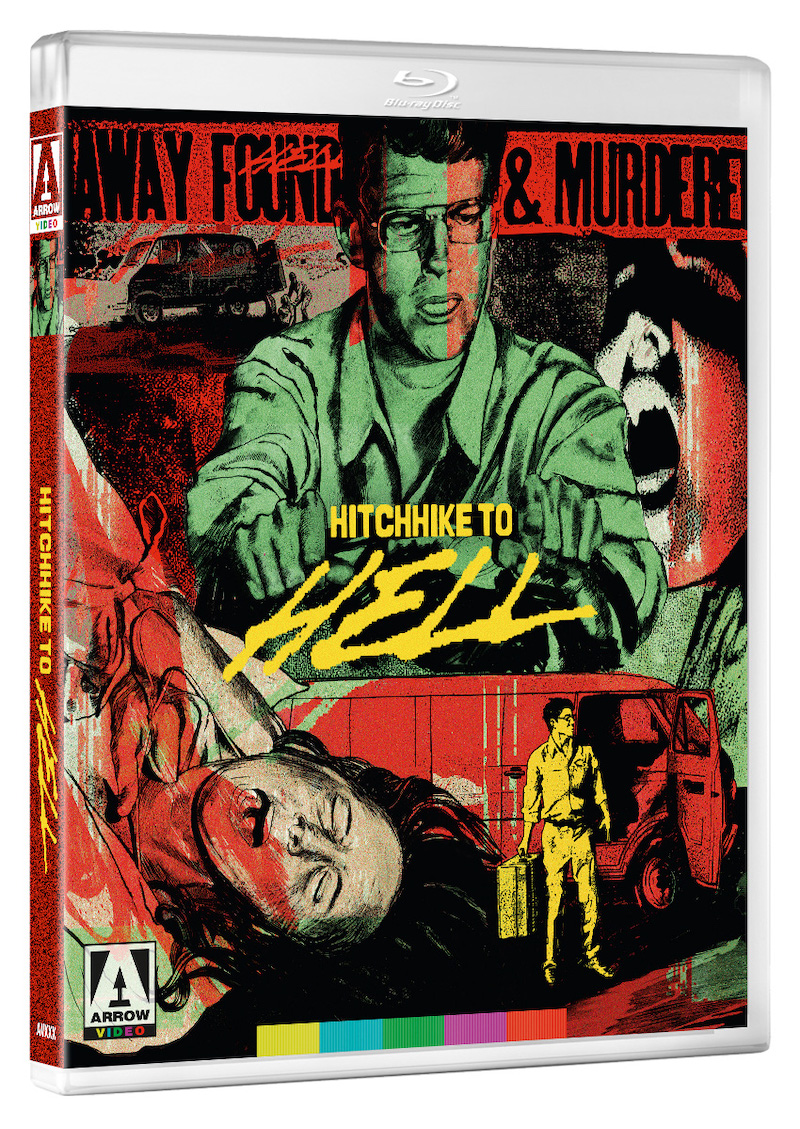