The last three films directed by Akira Kurosawa represented a shift in his work. His interest in narrative filmmaking fell away, and his films instead explored his personal interests. The first of these films was Dreams. As the title suggests, the film is made up of disparate dreams with little in common, except the main character of each dream, known as ‘I’; a structure borrowed from Japanese Noh theatre. The first dream of the film (‘Sunshine Through the Rain’) sees a young boy wondering into the woods and witnessing a procession of human foxes; the last (‘Village of the Watermills’) sees a 103-year-old man leading a procession through the Japanese countryside. This means the film can be read as a rounded life cycle through the evolution of dreams.

Kurosawa wouldn’t be the first or last director to explore a more personal form of filmmaking towards the end of his career. And the results are, as is often the case, mixed. His distinctive use of a telephoto lens, flattened and layered images, and a particular way of cutting, are all present. The difference lies in the themes of the film, which occasionally tip over into didacticism and moralising. Nature and man’s relationship with it both play a central role in almost every dream. It’s something that’s either used as a metaphor for life’s struggles (such as a climb up a mountain, in which nothing much happened), or it’s used as a way to play through a series of verbal and visual platitudes bemoaning humanity’s abuse of the natural world. 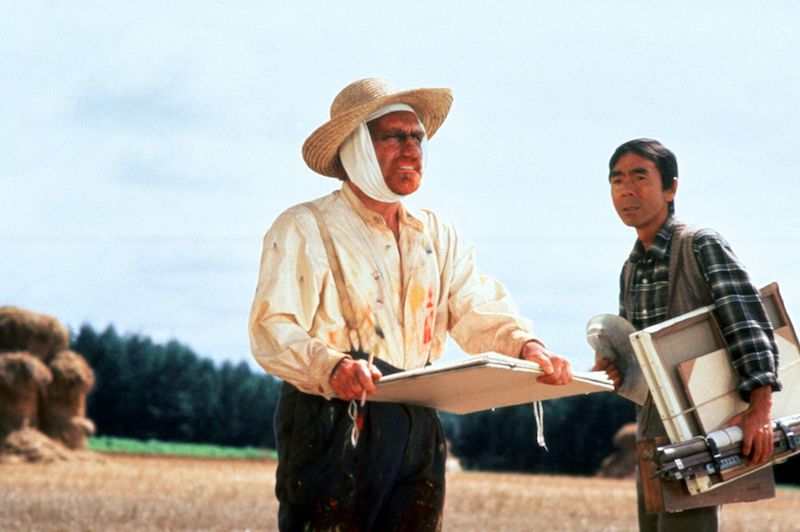 The destruction of the world is played out overtly in two of the dreams. In ‘Mount Fuji in Red’, we’re thrown into the centre of Tokyo as Mount Fuji starts to erupt and nuclear reactors explode. The ‘I’ character, a woman with two children and a businessman who has some link to the nuclear power industry, end up together on the verge of certain death. The rich and the effect their disregard for the environment has on the poor and innocent is a worthy line of attack to take, but the neat exercise in conveying a particular opinion robs it of any real impact. The same can be said of the anti-war dream sequence (‘The Tunnel’). A general is haunted by the soldiers who have died as a result of his actions as he walks through a dark tunnel. Any ideas that the vignette has are rendered banal and listless by a clichéd approach. 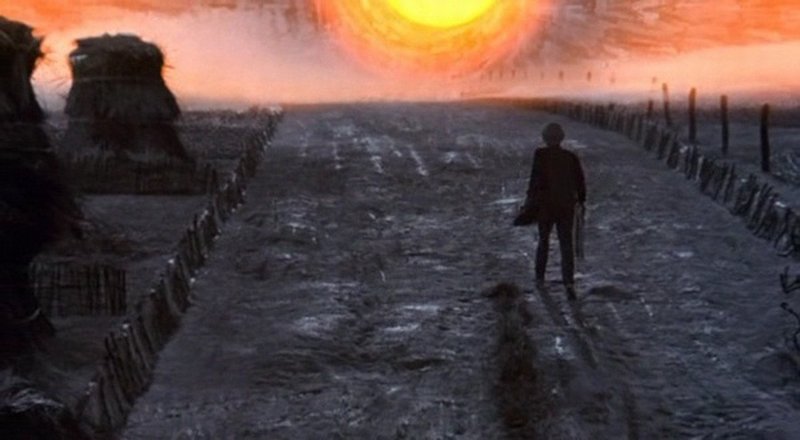 Perhaps what’s strangest of all is that these dreams only occasionally capture the logic or feeling of actual dreams. The slow climb up a mountain that forces the characters to exert more and more energy, to less and less effect, is the most successful example in the film. But are dreams ever little moral parables? Do they offer simple messages that can teach us things about the world and how we live? Well, apparently Kurosawa’s do. We’re left wishing for more of what’s great and less of the simplistic moralising. The conflict between these two sides of the film is best exemplified by ‘Village of the Watermills’. We’re introduced to a man at the end of life’s journey; he fits perfectly into his home setting, which appears to be some kind of natural utopia, but the moment he opens his mouth we’re forced to listen to his preaching about how man has lost touch with nature. It’s all too simple, lacking depth and ultimately regressive.

The most striking images in Dreams are the ones that recall Kurosawa’s longstanding preoccupations. In the first dream, the small boy wonders through a hyper-real field of flowers. Colours seem more vibrant than you’ve ever seen them before. Then we cut to the small boy standing before a huge rainbow. Within the context of the film, this is the start of the ‘I’ character’s journey and exploration that are continued throughout the other dreams. It’s the kind of image that Kurosawa made his trademark. These moments are few and far between, however. More often than not, the film shows us that dreams are often dull, even if you’re Akira Kurosawa.