When I first heard about The Edge of Seventeen I thought it was going to be yet another YA novel adaptation from a John Green wannabe. The fact that the legendary James L. Brooks was producing had been enough of a draw for a fan like me, but learning this was the directorial debut of screenwriter Kelly Fremon Craig, from an original screenplay she wrote, added a whole new level of interest.

I won’t lie, I’m a sucker for coming-of-age stories, but I have no patience for artless ones tugging at your heartstrings, driven purely by commerce. A first-time female filmmaker, being able to direct her own original material, is already something to celebrate in today’s Hollywood, but Fremon Craig does way more than that by crafting a teen movie that feels authentic, for a change, despite touching on standard tropes.

As suggested by the title, Nadine (an Oscar-worthy Hailee Steinfeld), is on the cusp of turning 17, and she couldn’t be more miserable. Ever since she was a child she’s been the weird, awkward kid. A misfit, constantly eclipsed by her older brother Darian (Blake Jenner); both outside in the world and at home with their parents. Things are worse now they both attend the same high school as teenagers, where Darian has become the popular jock while Nadine’s a wallflower. 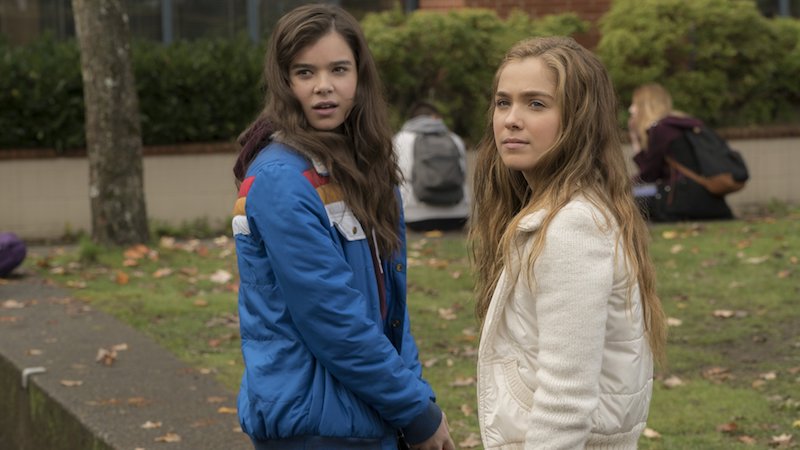 If it wasn’t for her best, and only, friend Krista (Haley Lu Richardson), Nadine wouldn’t have anyone to talk to at school, except for one of her teachers, Mr. Bruner (Woody Harrelson). Although she interrupts Bruner’s lunch break to offload all her problems onto him, the sympathetic man initially gives her a hard time but always listens and is constantly there for her.

Ever since her dad passed away when she was younger, Nadine’s relationship with her mother (Kyra Sedgwick) has never been an easy one, as Darian was always her favourite. That’s why when the unimaginable happens—her best friend and her brother hooking up—Nadine’s world collapses. She gives Krista an unfair ultimatum (her or Darian), and winds up ending her only friendship. Now finding herself more lonely than ever, a ray of hope arrives when she decided to befriend Erwin (Hayden Szeto), a geeky classmate who awkwardly tries asking her out.

Insecurity, popularity, friendship, first love, and sexual awakening—the ingredients are all here—but The Edge of Seventeen transcends its traditional teen movie clichés and spins them around, telling a family drama that deals with mature issues like coping with grief, mental illness, and a person’s self-worth. This doesn’t mean, however, that the dense thematic threads make the film a downer, or, even worse, a cheesy melodrama. Finally, it’s a coming-of-age story that feels authentic and deals with real issues. The Edge of Seventeen is a dramedy that’s both a hilarious yet poignant, with a fresh take on the pains of growing up. 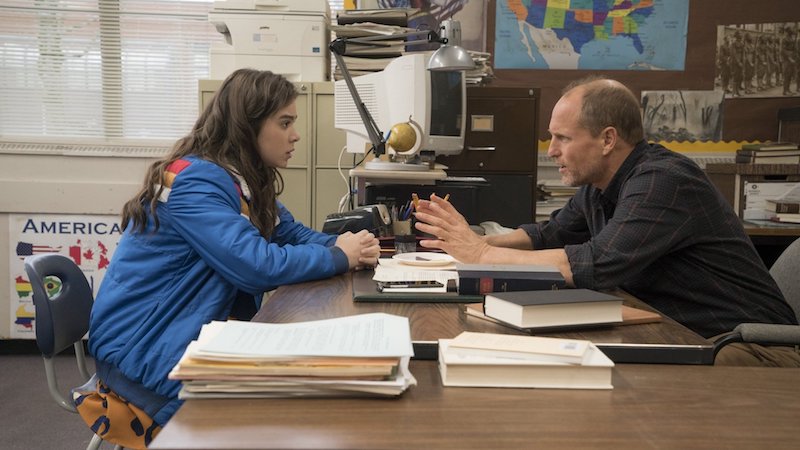 The script feels fresh, the dialogue uncompromisingly honest, and the performances are stellar. Steinfeld is outstanding, and while some will lament she’s too pretty to be believable in the role of a social pariah, they couldn’t be more wrong. The whole point of the film lies in the believability of Nadine’s social issues going deeper than her physical appearance. If awards season was fair at all, she will get her second Oscar nomination, because if there’s a harder thing to pull off it’s a genuine balance between comedy and drama.

Harrelson and Sedgwick are both very charming, and the rest of the young cast is pitch-perfect, with newcomer Hayden Szeto becoming the movie’s true find thanks to her comedic timing and great chemistry with Steinfeld. This is an assured and inspired filmmaking debut from writer-director Kelly Fremon Craig, whose self-professed cinematic influences (John Hughes, Alexander Payne, Nick Hornby), are evident on-screen. It’s no surprise James L. Brooks decided to produce this debut. She quickly establishes herself as a talent to watch and, most importantly, confirms that Hollywood really should pay attention to talented women behind the camera.