Based on the plays of Shakespeare’s Henriad—Henry IV Parts I & II and Henry V—condensing such vast and dense texts into a single movie was always going to be a challenge. The result is Shakespeare for the modern age; the source texts edited and tweaked to the point of being reduced to mere plot-points, but with enough well-executed and bloody battle sequences to keep audiences interested.

This is arguably one of David Michôd’s most accomplished films yet (although it certainly doesn’t reach the heights of Animal Kingdom in 2010) and the cast alone is enough to raise an eyebrow, with co-writer Joel Edgerton appearing as Falstaff—a part allowing him plenty of flexibility to revel in. The director-actor duo worked together before on a number of projects—including the aforementioned Animal Kingdom and The Rover (2014)—and do so tremendously well together, as The King proves. 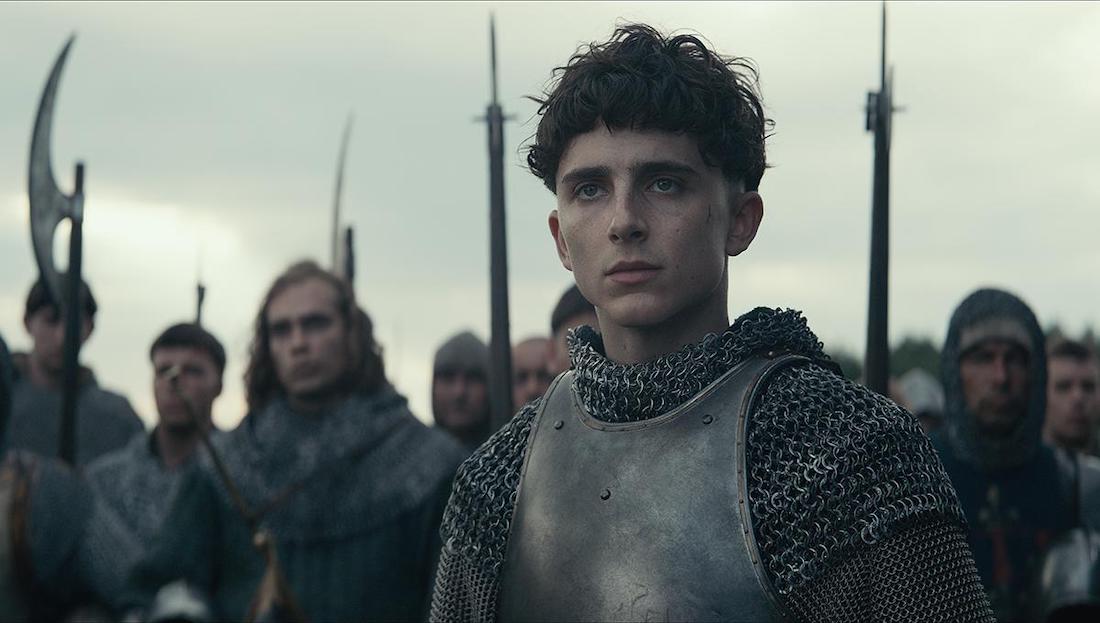 However, if you’re expecting a Shakespeare adaptation, expect to be disappointed. Michôd has been very open in the press about how he and Edgerton strayed from the source texts. Instead, what’s delivered is a somewhat-epic medieval war film, the epicentre of which is the famous Battle of Agincourt, which is hurtled towards with minimal character development but enough drama to hook you in.

Much of the film on either side of the battle is forgettable and trundles along, but does a good job of establishing the basics of the Henriad: King Henry IV (Ben Mendelsohn) is gravely ill and apparently “mad”, waging endless wars and overseeing mass civil unrest, and his eldest son Hal (Timothée Chalamet) is the wayward prince who’d rather spend his days on the piss with Falstaff, a veteran soldier who fought for Richard II. 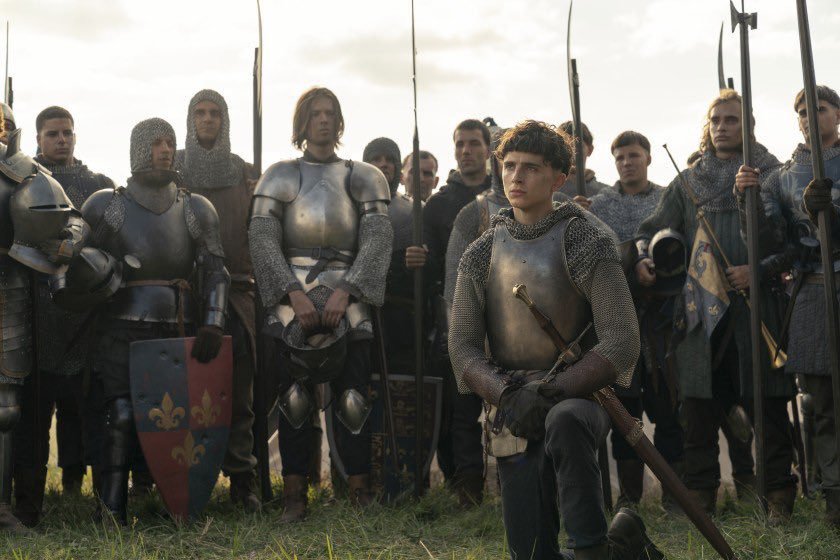 However, it’s only when the young prince Hal is reluctantly crowned King Henry V that the film really begins after dashing through a good chunk of the Henriad. The boy-king must navigate the snake pit of the courts (brilliantly epitomised by Sean Harris’ William Gascoigne, whose motivations are unclear and questionable) and consider his legacy, which is, ultimately, to reject his father’s shadow.

Chalamet puts in a top-draw performance, nailing an English accent—something many American actors have fumbled. He particularly shines when giving a rousing speech to his men before the Battle of Agincourt. However, there’s something about the actor’s current cult status that makes it difficult to separate him from this role. Whereas much of the cast blend into this 15th-century world—with their bullish or bearded faces — Chalamet’s blemish-free boyish look sticks out. 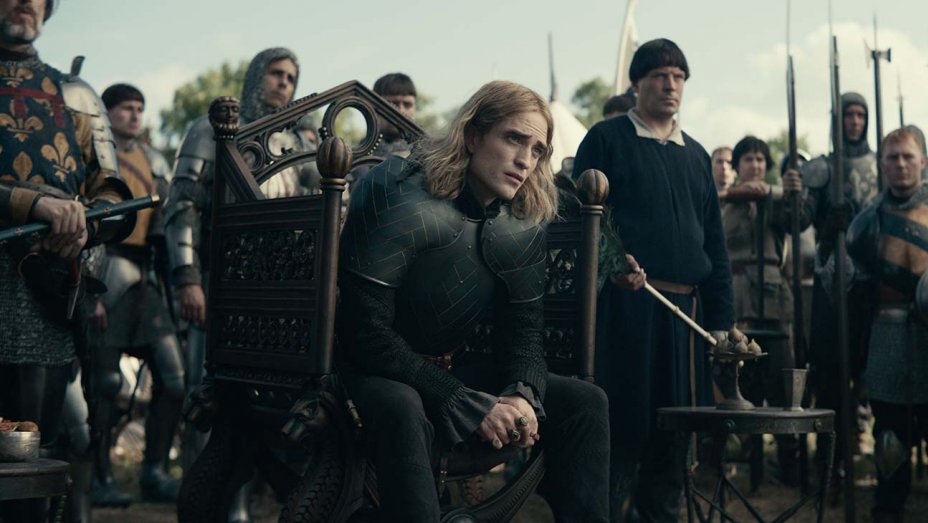 Generally, though, it’s a big step up for him. After bursting to stardom following his Oscar-nominated performance in Call Me By Your Name (2017), the promising actor has laboured through a number of uninspiring projects—epitomised by Beautiful Boy (2018). This is a serious role for him that deserves to be taken seriously.

A series of events seemingly plucked from the source texts—which includes some laughable gauding from the Dauphin (Robert Pattinson, whose French accent is questionable, to say the least, yet somehow fits his larger than life character)—leads to the invasion of France. We finally get what the film has been dragging us towards for over an hour: the big battle. Goodbye long, poetic Shakespearean monologues. Hello, blood, guts, and muddy violence.

This is certainly not a bad thing. The Battle of Agincourt is immersive, bloody, and worthy of the opening battle sequence of Gladiator (2000). The nods to Game of Thrones are evident, particularly its “Battle of the Bastards” set-piece. There are even shots which echo moments from that episode, most notably when Jon Snow bursts up from the crowded battlefield gasping for air with an aerial shot of his pale face against the muddy bodies. Here, there’s the exact same shot of Falstaff as his men are overwhelmed by the French.

The film certainly bit off more than it could chew and relies on too much exposition but, as a standalone medieval war film, it’s not half bad. Although it is ultimately carried by its performances and that enormous climactic battle. Perhaps The King would have benefited from being a miniseries to allow for more of the source texts in and more gradual character and plot arcs. 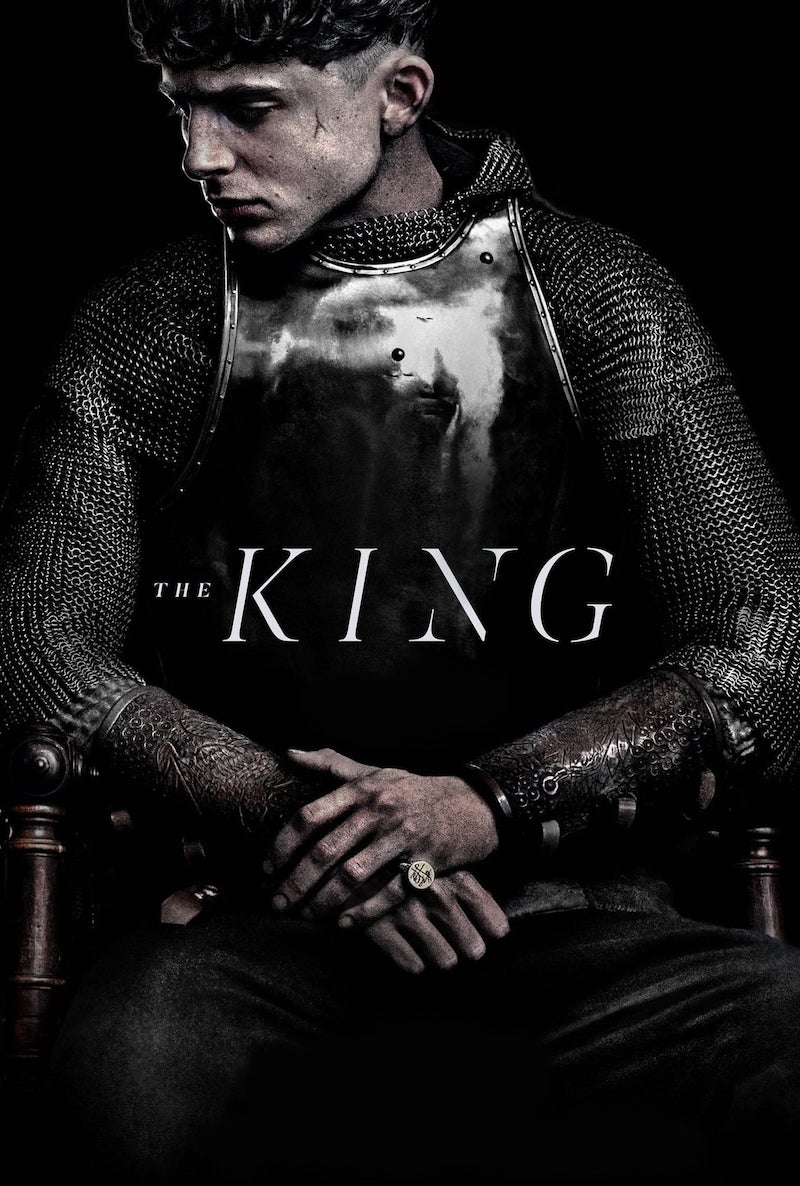