It was 29 years ago that Mike Figgis (Leaving Las Vegas) caught the attention of Hollywood with Stormy Monday, his debut feature film, which he directed, wrote, and scored. Set in Newcastle-Upon-Tyne, it’s been called a homage to Get Carter and was released to mixed reviews in 1988. But to think of it as simply a homage is to miss out on a uniquely-styled and noir-inflected romantic crime thriller.

Stormy Monday started out as a low-budget film backed by Channel 4, but once US financiers got on board big American actors like Tommy Lee Jones and Melanie Griffith were cast to appeal to the overseas market. Following the movie’s release, ITV even made a prequel TV series called Finney, with David Morrissey (The Walking Dead) taking over Sting’s role.

This dual format DVD and Blu-ray release from Arrow Video brings Stormy Monday to high definition for the first time in the UK, which enhances the already gorgeous cinematography from Roger Deakins (The Big Leboski). It also uses the uncompressed original stereo sound, which is definitely the way the music is meant to be heard. Features-wise, the director’s audio commentary is an enjoyable listen as Figgis’s passion for his work shines through whenever he speaks. But the most worthwhile of the extras on this releases is the ‘then and now’ tour of the movie’s locations, which isn’t something I’ve seen before. It’s fascinating to see how things have changed in the decades since and what remains. 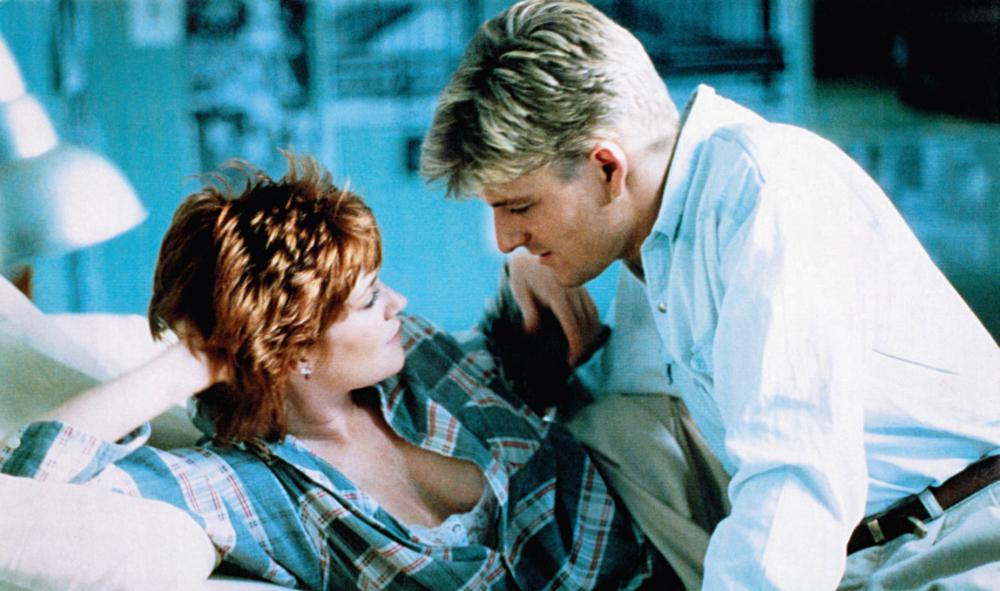 Set during “America Week” in Newcastle, a festival of Americana designed to secure development deals for the city, young drifter Brendan (Sean Bean) takes a cleaning job at a jazz club run by Finney (Sting), who’s fighting to save his business from mobster Cosmo (Jones). There, he falls in love with Kate (Griffith), an American waitress trying to leave the employ of vicious Cosmo, who has plans to take control of the city. The four characters stories intertwine through the narrative, taking the audience through a fragmented story filled with paranoia as their journeys reach a knotted conclusion.

I first saw Stormy Monday when I was very young, and it was one of the reasons I fell in love with film. It could easily be said that the movie is more style than substance, but Stormy Monday is a rarity in how the style is a large part of the substance. Without such beautifully shot visuals and the almost never-ending music, the film would fall flat, as they’re vital to drawing you into its murky world and story.

Stormy Monday is a movie about trust and ambiguity, but it never sides with either either the good or the bad characters, leaving it up to the viewer to decide who to trust. The cast give solid performances as clashing personalities. It was wonderful timing for Figgis that both Griffith and Jones were at low points in their careers, and thus willing to accept lower pay to be in a British film, because their portrayals are so good it doesn’t feel strange that two Americans would be running in the same small circles in the north-east of England. Sean Bean gives a believable, nuanced performance as Brendan; a naive and honest man who thinks he’s tough but really isn’t. It’s a far cry from the macho roles audiences have come to know him for since, but he plays it well. 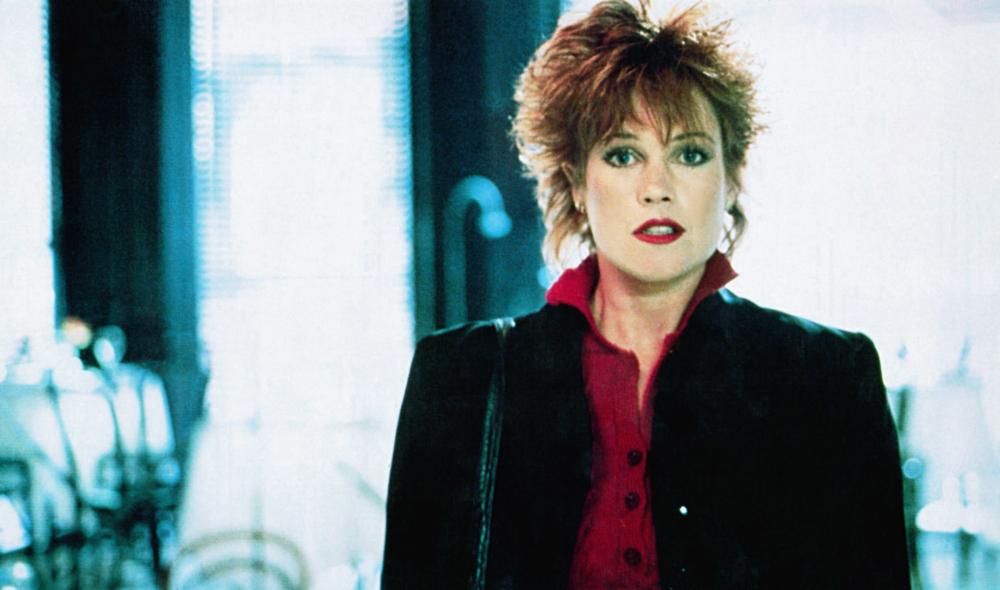 Figgis’s use of radio news reports to deliver exposition serves as another great way his film draws you in, allowing audiences to learn about Cosmo and his night club by way of background radio chatter. It doesn’t throw all the information in your face but instead presents it as an aside as the story unfolds.

Music plays a huge part in Stormy Monday, and even though original reviews were mixed about the film its soundtrack was highly praised. The discordant jazz version of “The Star-Spangled Banner” works especially well in how it doesn’t fit with anything, feeling out of place, busy, and fragmented, much like the lives of our American characters. The rest of the score features Figgis’s own jazz-tinged compositions, which enhance the tense noir atmosphere alongside a couple of famous jazz and blues songs. The music tells so much of the story. One of the best scenes highlighting this is when Brendan and Kate end up dancing to Otis Redding’s “I’ve Been Loving You Too Long”. It’s slow, sultry, and says much more about their blossoming relationship than their few words of dialogue.

Essays could be written about the beauty of Roger Deakins’ cinematography, which is as stunning as it is integral. The late Roger Ebert shunned conventional criticism for Stormy Monday, focussing purely on how the visual and sound aspects of the film couldn’t be topped. It’s hard to pull your eyes away from the screen. The murky darkness, broken with flashes of colour, like rays of hope in the dark, reflective rain glistening on the pavements, the cold glow of neon signs in the night… it all adds enormously to the intoxicating atmosphere.

Stormy Monday is a fragmented story of four very different people, and Figgis allows the audience to come to their own conclusions everyone. The ambiguity provides tension and builds paranoia, with the audience kept unsure about whom to trust. The plot may be quite thin, but with help from the score and visuals it comes together to make an intriguing romantic crime thriller with a pulpy noir feel. 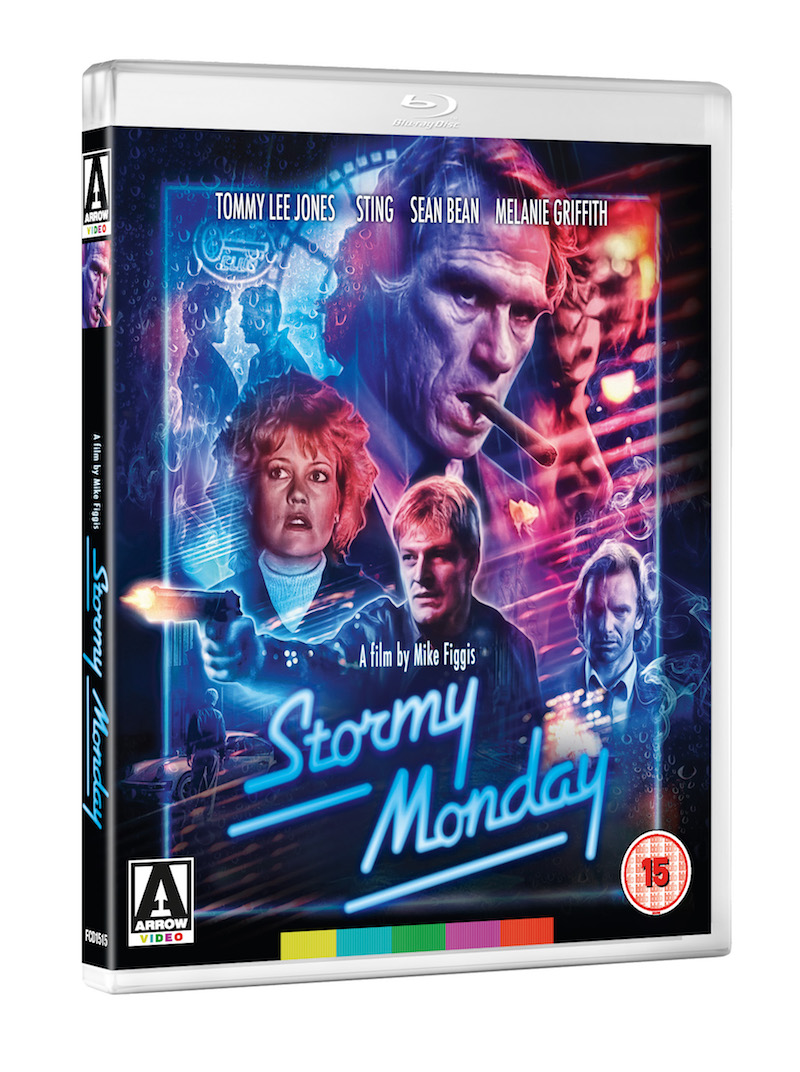