Maisie Williams isn’t playing Susan, Romana, The Rani, Jenny, or any other returning female time-traveller. There, that’s my review written. Really, that’s nearly everything you need to know beyond the title of this week’s Doctor Who. There’s a fatuous kerfuffle featuring Viking gods from outer space threatening a village of farmers, but it’s just a preamble to the focus of the story proper: the character of Ashildr (the aforementioned Game of Thrones star Williams). But I digress and I’ll return to her later.

“The Girl Who Died”, a title that seals the fate of Ashildr before you even properly realise it, opens with a visual riff on Gravity, as a space-suited Clara (Jenna Coleman) tumbles upside down through the cosmos, asphyxiating and about to have her brains eaten out by a Love Sprite. Just an average day for our school teacher adrenaline junkie (bear that in mind when I discuss the habits of the Mire) but it serves to underline again that Clara is heading for a fall. It also preempts the turning of the tide, as The Doctor (Peter Capaldi) also decides to jump into fate’s unpredictable waters with both feet. 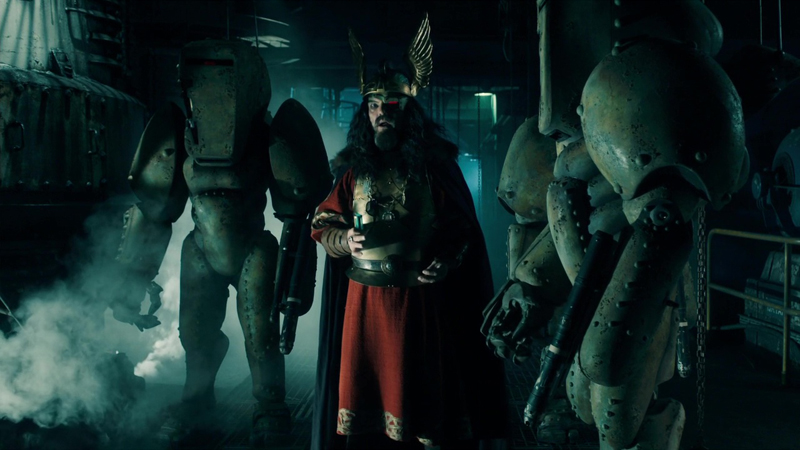 After The Doctor has, through some cunning sleight of hand, temporarily stalled an attack on the Velosians, he reminds Clara that’s the best he could do, that he’s not “the police, that’s just what it says on the box.” As we see later, The Doctor’s raison d’être, an existential question that’s been gnawing away at Twelve’s existence as a “clerical error”, benefits from some long overdue therapy courtesy of his Tenth incarnation. He breaks the rules and tiny ripples in time become cosmic tidal waves.

From Jamie Mathieson, the writer of last year’s sublime “Flatline”, this episode is a hybrid concocted with showrunner Steven Moffat. It turns out to be an unruly mongrel. The subtlety of his previous work is replaced with an eclectic recycling of Arthur C. Clarke’s Third Law, which determined that any sufficiently advanced technology is indistinguishable from magic, as The Doctor pretends to be Odin using a yo-yo and a deep voice while the mythical journey to Valhalla is simply the alien Mire sucking the testosterone and adrenaline out of their Viking victims. I said it wasn’t subtle. 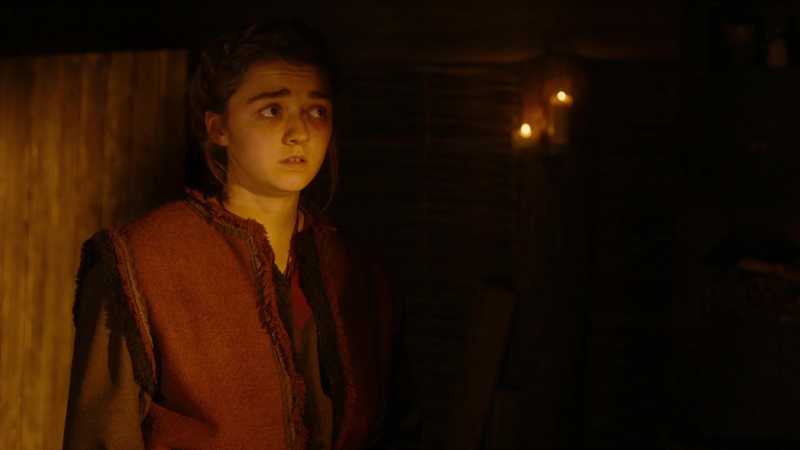 The Seven Samurai-meets-Monty Python and the Icelandic sagas just about sums up a story that sees The Doctor help the Dad’s Army collection of farmers Lofty (Tom Stourton), Limpy (Alastair Parker), Heidi (Barnaby Kay) and Chuckles (Ian Conningham) overcome their subjugation and emasculation by the Mire; spaceship-dwelling robot warrior vampires led by one-eyed Odin (David Schofield) who wouldn’t look out of place in Douglas Adams’ “The Pirate Planet”. At best Mathieson and Moffat’s efforts could be described as rambunctious and at worst, disorderly.

In the middle of all of this there’s a subtler and more effective story trying to escape. The Capaldi-era seems hellbent on emphasising the consequences of interfering in history, of making choices about life and death. Clara’s headlong dive into adventures sees her becoming more and more like The Doctor; emulating Time Lord reason with Odin in his lair until Ashildr reinterprets these overtures as a challenge and declares all-out war. The Doctor’s in a contemplative mood again, wondering how he can prepare the rag tag bunch of farmers and fishermen for a battle to the death with honour and deal with the inevitable loss of life. He also worries about what exactly he’s turning Clara into. 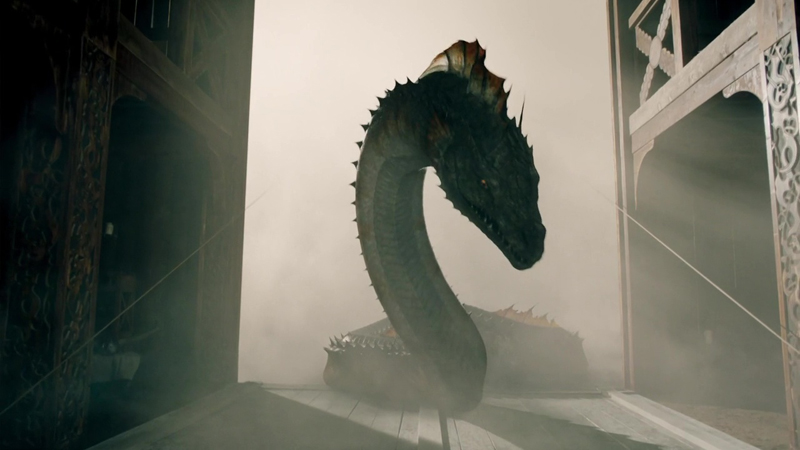 Twenty minutes into the episode and Ashildr’s story comes into focus. When The Doctor abandons the farmers to their fate it’s she who starts after him and, with Clara’s help, persuades him to help her village. Ashildr’s significance was flagged earlier when The Doctor seemed to recognise her as he and Clara were first brought into the village. His premonition, described as “just remembering in the wrong direction”, is another common theme, referencing how the narratives of the first four episodes are about The Doctor finding a way to reverse-engineer fateful outcomes.

However, The Doctor argues that defeating the Mire will have its temporal side effects, turning “ripples into tidal waves until everybody dies” but a crying baby is on hand with its preternatural suggestion that electric eels will get him out of this fix. (Yes, a baby recommends electric eels as an extra-terrestrial deterrent.) While you’re digesting that, the saga of Ashildr, a girl who manipulates dreams and stories in the hope of providing a good outcome for the village, is of greater importance. “A good death is all you can hope for unless you happen to be immortal,” observes The Doctor in another of his ‘duty of care’ conversations with Clara. These scenes are quiet and considered, resonating with the many themes running through this series, offering a prophetic “just remembering in the wrong direction” not only about the strange Ashildr but also about himself and Clara. Is he already sensing Clara’s fate? 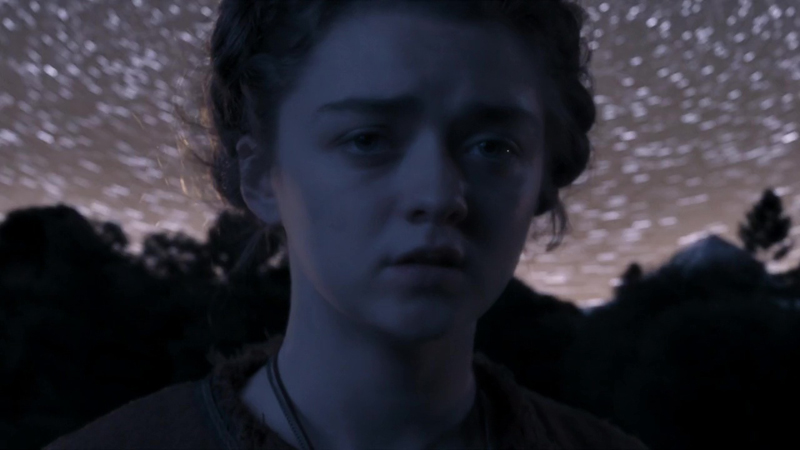 The strength of Ashildr’s storytelling, “making up the right story” as a nod perhaps to the power of the Icelandic sagas and their roots in mediating with the gods, prophecy, divination, death and rebirth, is married to natural science, the “fire in the water” of those handy eels, to defeat the Mire. Storytelling is used as a power to create monsters, creating a new reality and, briefly, an indistinguishable magic through technology. It leaves the reputation of big, butch, testosterone-guzzling warriors in tatters, particularly when it’s accompanied by the Benny Hill theme tune.

But of greater concern is the coda to this victory. Storytelling is a metaphor for death with Ashildr’s demise providing The Doctor, so sick of losing people, with the authority to evade death, a prohibition he must break by tapping into his own cultural memory. Hence, we get the flashbacks to “The Fires of Pompeii” with Donna Noble’s plea to save “someone. Not the whole town”, and “Deep Breath” as a reminder that The Doctor chose his current face to “hold me to the mark”, to tell himself he can subvert the rules, that he can save people. It culminates with The Doctor shouting “to hell with that” over any objections to the path he now chooses, yelling it to the heavens and perhaps to those gods of old, the Time Lords. But what of the consequences, Doctor, what of the consequences? 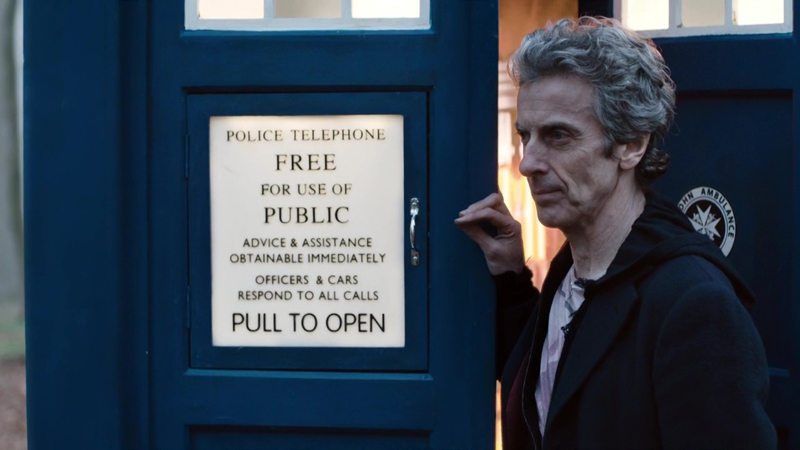 The Doctor resurrects Ashildr with Mire technology and makes her immortal. I did wonder why the Mire actually do harvest other species for adrenaline and testosterone when they’ve got battlefield medical kits that enable them to live forever. In effect Ashildr joins The Doctor and becomes a lonely god and, just as he does, watches the centuries spin by, lumbered with the age-old curse of “everybody else dying” around her. To compensate, The Doctor provides her with a second dose of Mire technology just in case “she might meet someone she can’t bear to lose.” He says this directly to Clara, suggesting that perhaps he has had the same effect on her. Like Davros’s prophecy of a Time Lord-Dalek hybrid, Ashildr is a human-Mire synthesis and The Doctor is left wondering if this is a terrible mistake. Only time will tell…

Ed Bazalgette directs with great visual flair and Capaldi’s performance is probably his most assured yet, but “The Girl Who Died” doesn’t completely succeed as, tonally, it tends to lurch from a horned helmeted Norse farce to unsettling mystical saga of immortality. It’s Ashildr’s fate that is the most interesting aspect and it will be down to “The Woman Who Lived” to expand upon that and, I suspect, indicate how the series will reveal The Doctor and Clara’s ‘glory days’ turning into tragedy.
Xanaxbest.com can be used as a drug of choice in general somatic practice, based on the concept of comorbidity of anxiety, depression, panic disorders (psychovegetative crisis) and obsessive-phobic disorders. As we have mentioned, treatment of depressive states can be carried out both in hospital and in outpatient settings. It all depends on the severity of the disorders.