This wasn’t as strong as the previous three Halt and Catch Fire episodes, but you can’t arc a season of TV without plot-building instalments like “Rules of Honorable Play”; hours that gently set new things in motion, foreshadowing better things to come. I liked how this episode spent time looking at three characters—Joe (Lee Pace), Donna (Kerry Bishé) and Bos (Toby Huss)—who each did something unexpected of them. In many ways, we’re locked inside the prison of our own self-image, but sometimes a crack develops and your innermost soul comes pouring out…

In particular, I continue to love Bos’s storyline this year. Toby Huss is magnificent as this lovable salesman, which he could play in his sleep, but he’s turned a ‘stock character’ into a firm favourite. As predicted last week, it seems that Mutiny’s new benefactor, Diane (Annabeth Gish), has taken a shine to ‘John’ (as she prefers to call him), and it’s a very cute scenario. They clearly get along nicely, and Diane was keen to have him accompany her to a charity function, and he once again proved he’s the life-and-soul of any party. But is this all an act? Joe suggested so, pointedly, during his conversation with Bos at the bar, and it’s intriguing to wonder if a chameleon-like Joe’s able to spot another talented manipulator, or if he’s just unable to grasp that some people are naturally good in social situations. 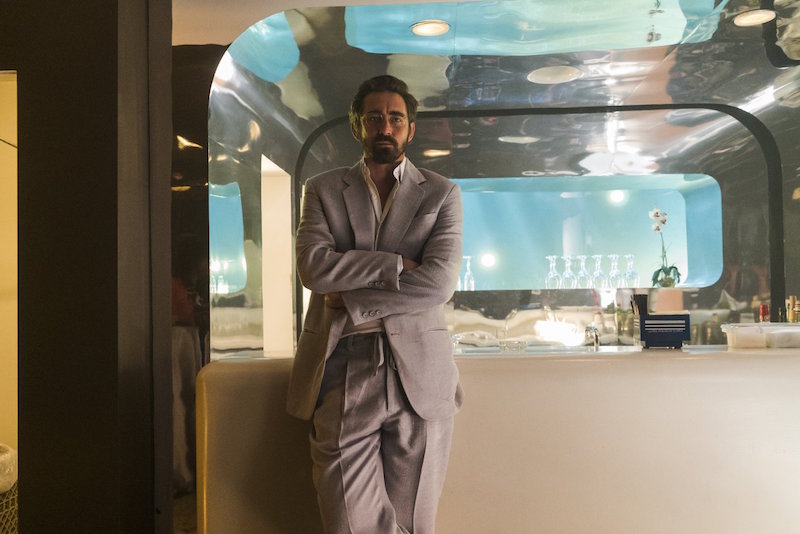 I think there’s a bit of truth in both perspectives, but “Rules of Honorable Play” made it clear that there’s more depth to Bos than he tends to show people. He’s made his career on schmoozing people (here, we amusingly caught the punchline of a joke he told numerous times throughout the episode, to different social groups), and falls into that role very easily. But, later, when talking to Gordon (Scoot McNairy) as the laser tag team-building day, he suddenly lost his laid-back attitude when being cajoled into participating with the rest of the Mutiny team. And I felt sorry for him because he’s one of those people everyone likes, but perhaps nobody really understands. Is Diane going to get close to the “real Bos”, or the southern caricature he likes to project?

Joe, as I mentioned, is another character who more obviously plays with people’s perceptions to his own advantage. The world thinks he’s a tech genius, but he’s taking beginner’s lessons in C++. The only thing we know for sure is that Joe’s good as selling himself, coming up with ideas (some of which aren’t entirely his own), and making dreams into reality (mostly by getting other people to do the hard work that involves, then claiming credit because it originated with him). Here, there was another example of someone having enough of pretending to be something they’re not. Joe was asked to ‘manage’ a 37% government investor of MacMillan Unity, whose son took cocaine at one of his famous parties, but after hearing about the man’s retrograde views on San Francisco “faggots”, Joe instead opted to let the guy feel the sharpness of his tongue. A damaging but principled step to take, although I think Joe works best when his back’s against the wall. Shortly after losing that big investor, Joe’s seized the code for the antiquated ARPANET packet switching network the government uses, and he now wants his protege Ryan (Manish Dayal) to map it.

A bit of light research reveals that the ARPANET was the backbone for what’s now the modern-day internet and means of global communication, so it seems like Joe ‘finger on the pulse’ MacMillan is about to stumble onto becoming the godfather of the world wide web? 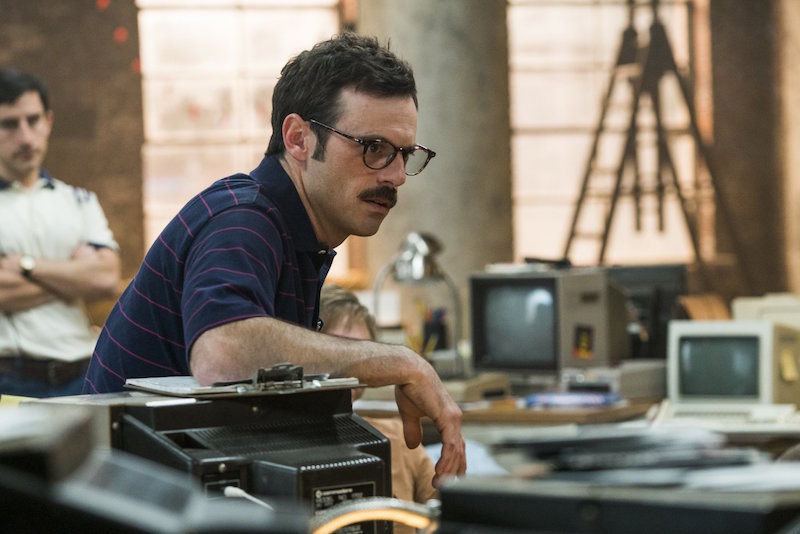 Donna also did something that felt out of character this week. She may be an equal partner in Mutiny with Cameron (Mackenzie Davies), but there are signs this may not continue. It all began with the headache of Cam locking horns with the new Swap Meet guys—Doug (Joe Massinghill) and Craig (Joe Dinicol)—who want to update Mutiny’s code to C++ so it’ll work better with theirs. Cam’s against this, largely because of sentimental reasons (doing so would mean there isn’t a single line of code left from the days she started Mutiny), and she took the typically intolerant view of firing Doug and Craig to save herself further hassle. Or, rather, promise Donna she’ll request Diane pays them severance, then oversleep and force Donna to do her dirty work. But, here’s where Donna had a change of heart after being surprised to hear Diane will fire Swap Meet’s co-creators, against her own judgement, just to keep the Donna-Cameron partnership intact. Rather than tell Cam the truth, she lies and pretends Diane was totally against the idea, forcing Cam to back down.

It seems very unlikely Cam won’t discover the truth, given how often she interacts with Diane, meaning Donna’s move was very short-sighted, but let’s gloss over that for now. The key thing here is that Donna’s clearly against Cam, but even as an equal partner she won’t just shoot Cam’s idea down in flames. Maybe she realises they need to be on the same side and their disagreements always drag things down, so Diane makes for a handy scapegoat now? It seems that Donna is slowly realising Mutiny would run a lot smoother without Cam’s personal issues clouding business issues, and someone pragmatic like Diane is the partner she really needs. In the last scene, Donna offers Cam the chance to stay in their family home indefinitely, making Cam sense something’s not right. 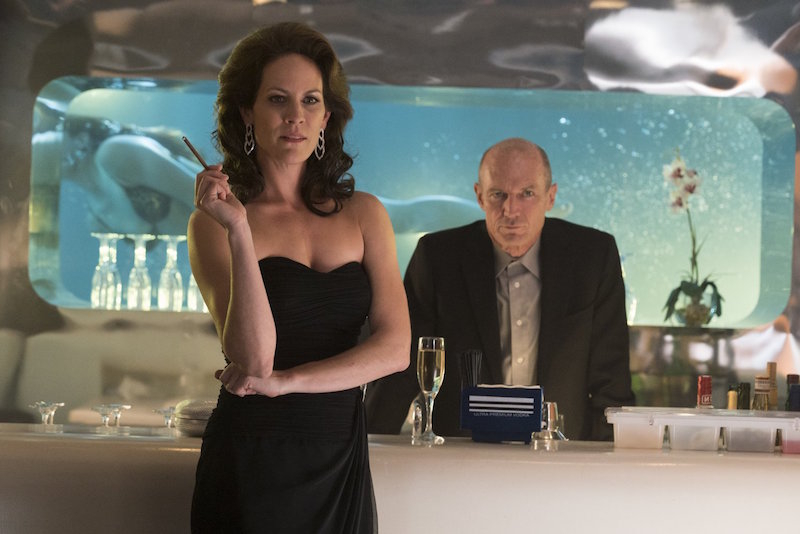 Gordon’s brain damage issues continued, as he began the hour looking rather feeble (burning his hands on a microwaved meal, failing to stamp his authority on another unruly office day), but ultimately made upwards progress by leading his co-workers to victory during a laser tag game that also bonded them closer together as a team. Later on, he scored his “nausea” zero in his notepad. He even ended the episode having a fun evening in with Cam, playing NES classic Duck Hunt together on the sofa — although his trembling hands mean he’s certainly no sharpshooter.

“Rules of Honorable Play” was a good, solid episode. I continue to enjoy seeing all these characters, each struggling in their own different ways to achieve their dreams. Joe’s storyline still feels a bit weaker than the others, but I always enjoy the complexity of Cam and how Mackenzie Davies portrays a spectrum of emotion through expressions alone. Cam’s a woman of huge talent, but what drives her to greatness are character traits that aren’t beneficial when it comes to making serious business decisions. That’s why her partnership with Donna is so good because it brings balance, but perhaps Donna’s just had enough with her childish ways and the astute Diane is starting to rub off on her…

Written By
Dan Owen
More from Dan Owen
Any moviegoer would have predicted Ghostbusters to become one of the most sequelled movies ever, but the...
Read More