Director Asif Kapadia won ‘Best Documentary’ at the Academy Awards for Amy (2014), his biopic of the singer Amy Winehouse, after finding earlier success with his documentary Senna (2010), about the racing legend Ayrton Senna that told a compelling tale even for those with no interest in Formula 1.

So it’s surely very deliberate that his latest effort, Diego Maradona, uses both names of its subject. There was “Amy” and there was “Senna” as mononyms, but here there was superstar “Maradona” and the private “Diego”. The ways those two identities (one public, one private) conflicted is the topic of the movie. And as his trainer Fernando Signorini says at the end, “Maradona drags Diego around wherever he goes.”

Signorini, Napoli football club manager Corrado Ferlaino, and to a lesser extent Maradona himself, are the key interviewees who appear throughout this film, which focuses on Maradona’s tenure at Napoli, in Italy, from 1984 to 1991. But its story is conveyed not only in their words because much of it also rests on the incredible footage Kapadia has assembled, even from the early years and Maradona’s private life. It’s tempting to consider some of it must be staged, but it wasn’t. 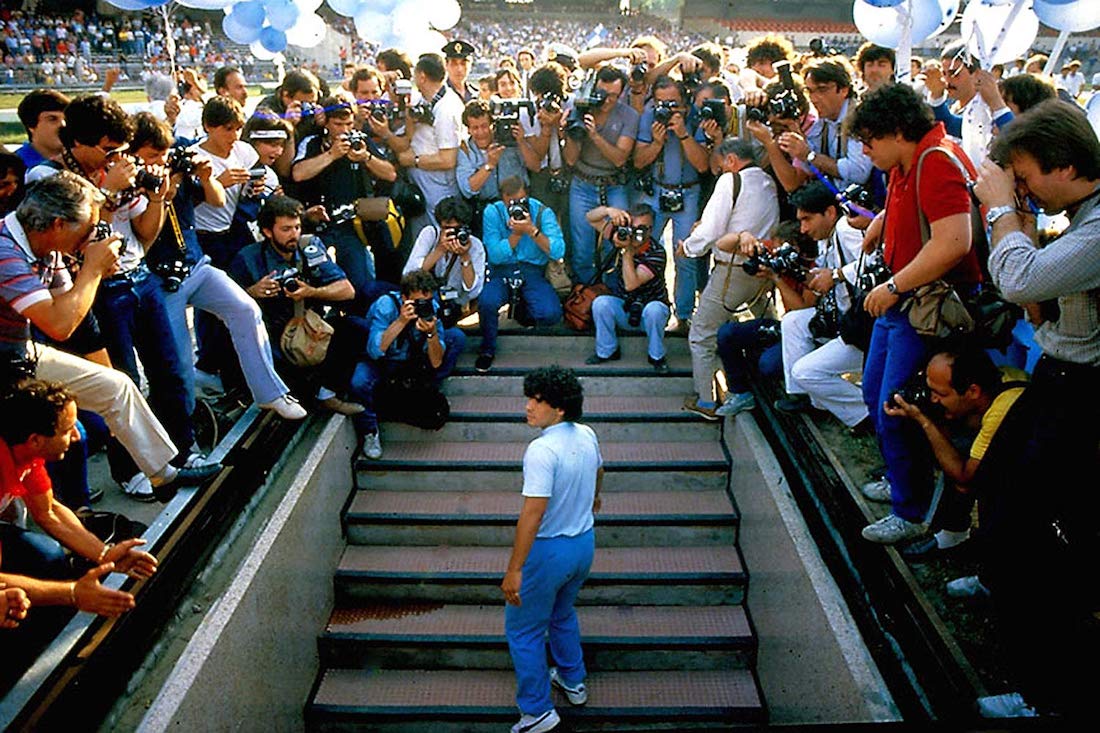 The archival video is so consistently compelling that the sometimes low quality of the images never matter, and Chris King’s editing is masterful. He gives each clip enough time to sink in and speak to us, never rushing through the videos and only rarely resorting to the cheap trick of adding slo-mo.

For the most part, Diego Maradona follows a one-two rhythm: an on-pitch scene, an off-pitch one, then back to the stadium. Perhaps the footballing sequences are a little heavy on goals and triumphant hugs, and it would’ve been nice to see more everyday moments. Simply watching Maradona’s control of the ball, weaving through apparently overwhelming opposition, is often more compelling than the goals themselves.

But even so, they’re beautifully presented, most notably during the World Cup Semi Final of 1990, Argentina vs. Italy, that spelt the end of Maradona’s popularity in Napoli when he was obliged to take a decisive penalty kick against Italy. Brilliantly, at this critical moment, Diego Maradona doesn’t show the ball going into the back of the net: it keeps focus on Maradona as the conflicted goalscorer instead. For a moment we can see Diego (whose life is about to disintegrate) as a direct victim of Maradona’s footballing genius, which gave him no alternative but to defeat the country that had hosted and feted him for years.

There’s some outstanding off-the-pitch material, too, particularly a silent shot of Diego seemingly alone and pensive at a Napoli Christmas party after the Argentina match. Diego Maradona is an object lesson in how visual mastery, not just content, can make a documentary come to life. 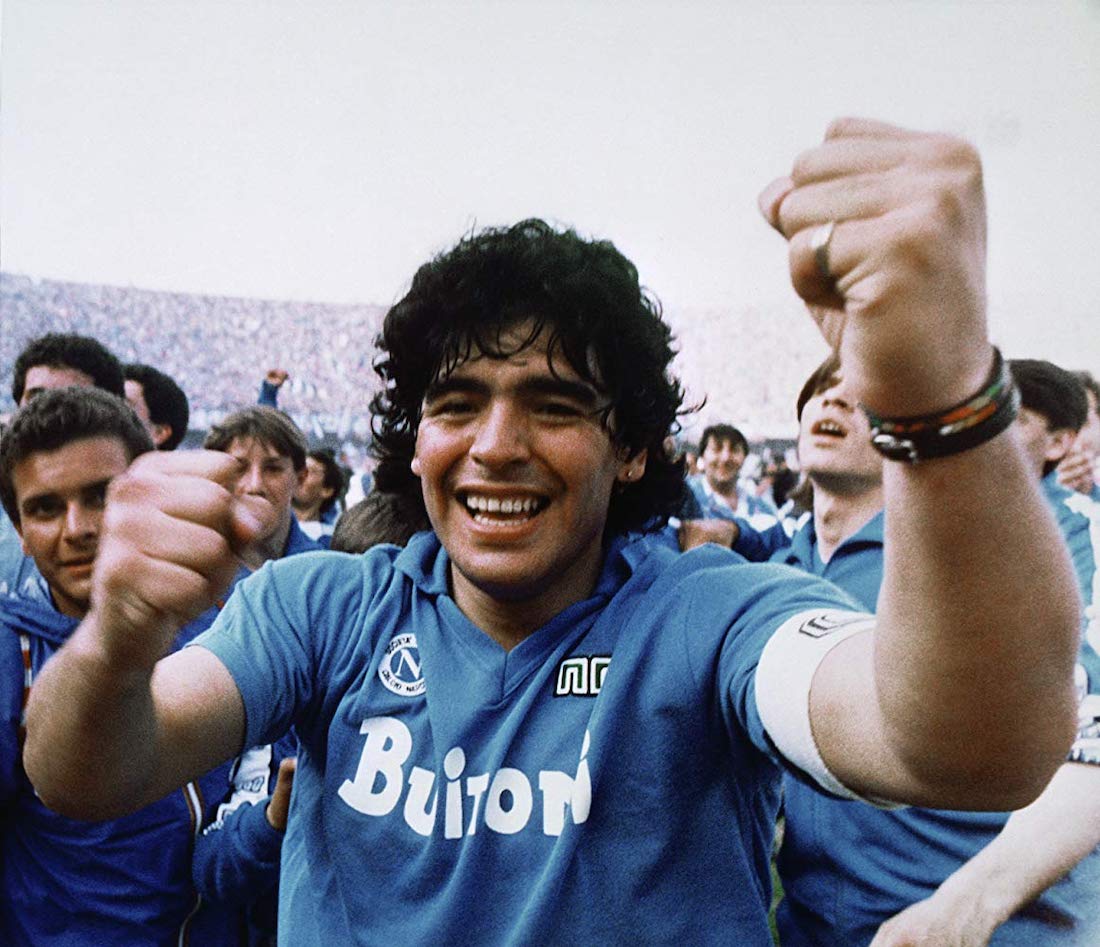 But it’s not perfect. There’s a tendency to slip into melodrama when the issue of Diego’s substance abuse comes up. The footage literally becomes darker as cocaine is first discussed, and is then posterised into black-and-red when allegations about drugs and prostitutes go public. The score by Antonio Pinto, usually low-key and supportive of the narrative rather than assertive in itself, is briefly maudlin when Maradona gets arrested.

More problematically, Kapadia sometimes ducks questions, like the extent of Diego’s complicity with the Camorra organised crime group and the level to which the Argentina match was the sole issue leading to his Neapolitan downfall, or just the last straw. It’s vague on his personal relationships and, for a long time, completely drops the issue of his extra-marital girlfriend and child, although it’s revisited at the end.

To a large degree, Diego Maradona is—despite its title—primarily about Maradona and his effect on Diego. It’s only concerned with the private man insofar as the stardom affected him, rather than a more rounded portrait. We see both the success and the fall of the footballer, but only the ruination of the individual. Within that limitation, however, it’s an outstanding documentary. As absorbing as Kapadia’s own Senna or James Erskine’s Pantani: The Accidental Death of a Cyclist (2014).

Maradona—or perhaps Diego?—says at the beginning, in a quiet, reflective moment straight after the super-kinetic title sequence: “When you’re on the pitch life goes away, problems go away, everything goes away.” But Diego Maradona makes it clear, with superbly visuals and a keen sense of the story’s sweep and illuminating details, how the problems prevailed.