When LAPD homicide detective Erin Bell (Nicole Kidman) receives a dye-stained $100 bill in the post, she knows it’s a message: Silas is back. 17 years earlier, Bell and an FBI agent infiltrated a gang of bank robbers, but their leader Silas (Toby Kebbell) evaded capture. The failure of the operation and its tragic climax have sent Bell on a downward mental spiral ever since, so this time she’ll do whatever it takes to get her man and repay a debt almost two decades overdue.

Bell is an archetype we’ve seen many times before: alcoholic, irascible, divorced, estranged from her family, and maybe one-drink-too-many away from planting evidence or beating a confession out of a suspect. The smartest decision Destroyer makes is to put Bell in the body of someone entirely unexpected: Hollywood star Nicole Kidman. But this is glamorous Kidman like we’ve never seen her before, exhibiting sun-damaged skin with red eyes and dry lips. She looks like someone found staggering in the desert, which in many ways she is. 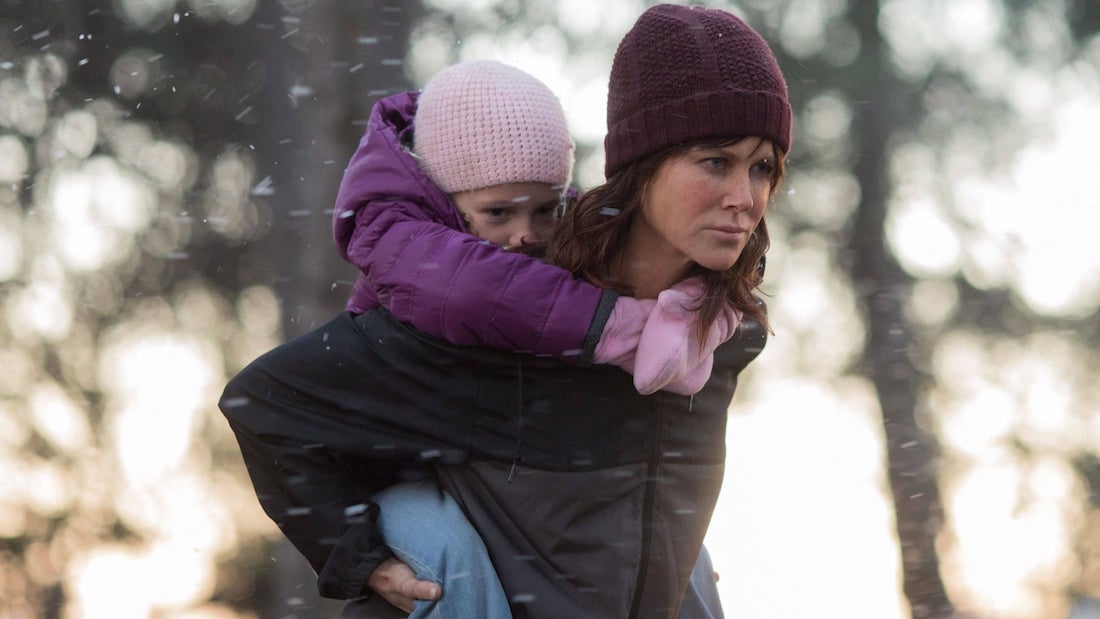 The bulk of the plot follows Bell as she tracks down the former gang members, each one setting her on the trail of another, taking her one step closer to Silas. Between each step, there are flashbacks to the infiltration that started it all, which sees Bell and FBI agent known only as Chris (Sebastian Stan) posing as a couple to worm their way into Silas’s bank robbers. A pose that soon gives way to real emotions as the two fall deeply in love with each other.

With its sun-bleached split-timeline narrative, Destroyer is the latest in a recent trend arguably codified by the first season of True Detective. Just like that HBO drama and the BBC’s The Missing, not to mention countless after-the-fact documentaries, much of the tension in the narrative relies on what could be termed “the deliberate withholding of information (that the characters already know) from the audience”. We don’t know what happened during the operation, only that it must have been tragic, and, of course, the film saves this revelation until its final act. Similarly, Chris’s absence from the present day narrative leaves an ominous question mark hanging over how the operation ended. 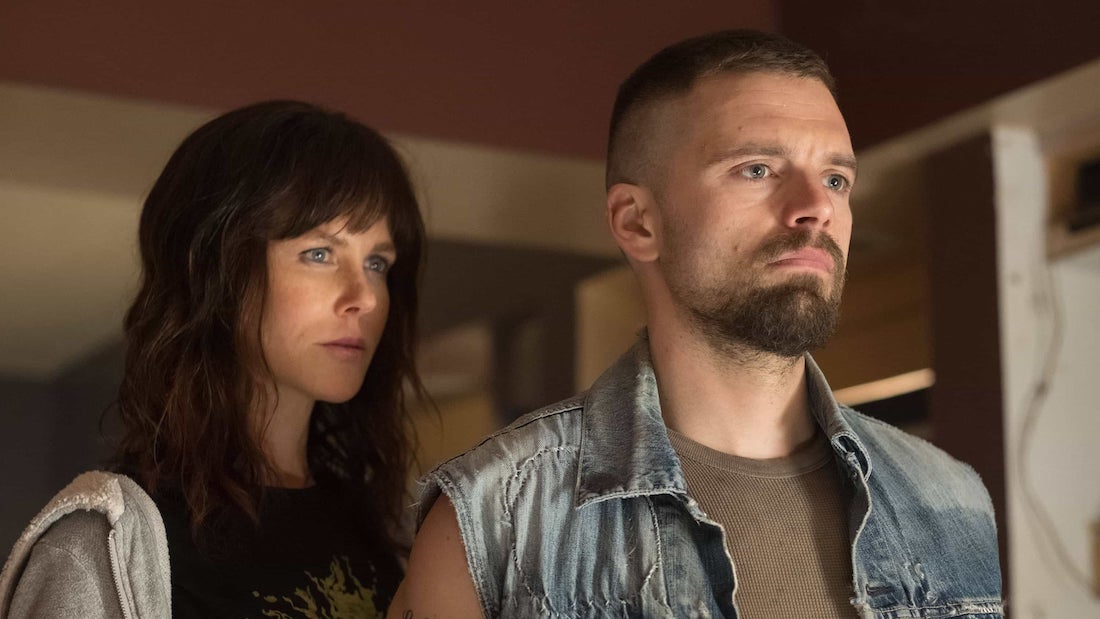 The third strand of the narrative follows Bell’s struggles with her daughter, and the amicable but failed relationship with the ex-partner raising her (the always-excellent Scoot McNairy). Bell’s last scene with her daughter is the best in the movie, but the storyline never satisfyingly coalesces with the main narrative and fails to fully mine the real and potent emotion inherent in their relationship.

Both True Detective and The Missing had their flaws, but what they did so excellently was create an atmosphere of sick, skin-crawling dread… where the audience is almost afraid to learn the truth of what happened, making us morbidly curious but aware that the past should perhaps stay buried. Destroyer never manages to reach these levels of tension, and the reason for that is the film’s primary antagonist: Silas. 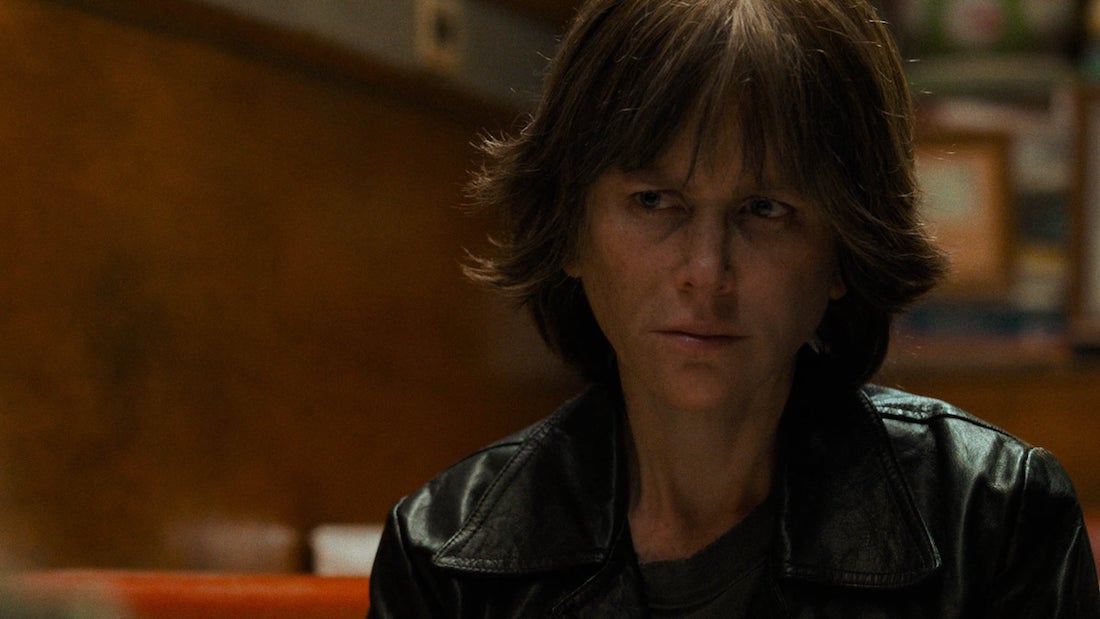 Toby Kebbell does a fine job playing the part, but the writers don’t seem to have decided which archetype Silas is. Is he a John Dillinger-style adrenaline junkie, running a slick-crew of experienced robbers who’ve been raising merry hell for the FBI? Or is he perhaps a Charles Manson-style cult figure, holding sway over a ragtag gang of acolytes through sheer force of personality? The robberies suggest the former, but the magnetic hold he has over the gang 17 years later heavily suggests the latter. And since Silas is given barely five minutes of screentime, there’s no opportunity to establish him as anything beyond an archetype or demonstrate any personality at all. More time spent in the past timeline would’ve paid dividends in the present.

One other element that leaves a slightly sour taste in the mouth is the ending, which features a great emotional and narrative revelation, but then follows it with an unnecessary piece of structural rug-pulling. I won’t spoil it here, but it reminded this reviewer of those mid-2000s Christopher Nolan wannabes—such as The Machinist (2004) and The Escapist (2008)—and undercuts what would otherwise be an emotionally satisfying and cathartic ending.

It’s perhaps therefore not surprising what Destroyer most resembles is Christopher Nolan’s earlier film Insomnia (2002), but it sadly fails to reach even that movie’s moderate heights. Destroyer isn’t a bad film, but nothing about it is exceptional either, although Kidman’s transformation comes close. But then Kidman has always been a wonderfully versatile actress, and it shouldn’t take Destroyer to prove that to anyone.