Eureka Entertainment’s ‘Masters of Cinema’ release of Buster Keaton’s short films is important because Buster Keaton is important. To borrow from Orson Welles, Keaton was the greatest of all the clowns in the history of the cinema. The box set starts with his first screen appearance in a Roscoe ‘Fatty’ Arbuckle film. He’d go on to feature in many more of Arbuckle’s films and retain a close friendship with the beleaguered director and comic actor. The film is The Butcher Boy (1917), and like many of those early Keaton appearances, what’s striking is the similarities and differences his performances reveal when compared to his later work. He seems to come almost fully formed, yet seeing The Great Stone Face smile and giggle is surprising.

As he gained more control and began to direct his own films, Keaton’s expressionless performance style developed. And one of the pleasures of this box set is seeing this development from film to film. Keaton’s characters changed with each film; they never had the relative consistency of Chaplin’s Tramp. But there are a few basic facts that remained in place. The world was always against Keaton’s character; it was actively hostile toward him and fate was his eternal enemy. All this was received with a calm nonchalance, as his character refuses to do anything other than to play the hand dealt. He meets the relentless struggle of human existence with a will to make it to the next scene with his life intact, and that makes for great comedy.

Below, five of the standout shorts from Masters of Cinema’s Buster Keaton: The Complete Short Films 1917-1923 are discussed. The box set also includes extra features, commentaries, and a booklet. 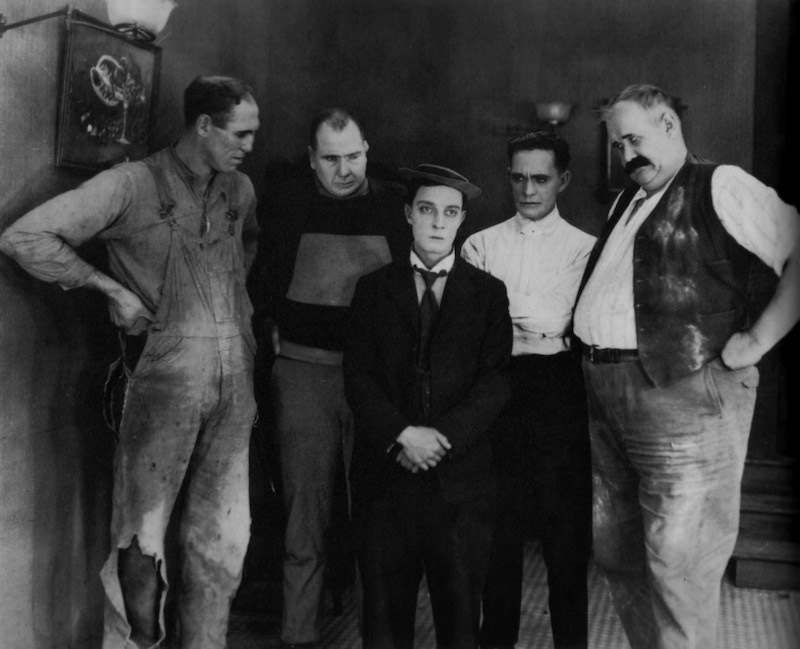 One Week was the first film directed by Buster Keaton to be released after he finished his early period of work alongside Fatty Arbuckle. We get an early glimpse of how Keaton views marriage and relationships between men and women here. Unlike Chaplin, his characters’ love interests were never sentimentalised or patronised. They are usually presented as fellow travellers, able to adapt to the chaotic life that always follows Keaton’s characters. Buster and his wife leave the church and head to the plot of land on which their house is supposed to stand. Instead, the house is in boxes and has to be constructed by Buster’s own hand. Already, married life is a struggle. Not for the first or last time, a wall of a house falls, with the window frame the only thing preventing him from being squashed.

It’s in One Week that we first see Keaton using the camera as an active part of the joke. When his wife is taking a bath in the new home, she drops the soap on the floor, but picking it up would reveal her naked body to the camera. It’s at that point she looks down the lens and a hand covers it while she picks it up. This kind of self-reflexive gag was not common at the time, and it can now be seen as the beginning of his own tendency to make the camera pivotal to the joke. Its influence on future directors of comedy like Jerry Lewis is also very apparent. The other thing to flag up is the classic train sequence; a masterpiece of misdirection to which no words could do justice.

There are three key sequences in The Haunted House. The first takes place in a bank where Buster is working behind the counter. A gag with a pot of glue and endless streams of banknotes might go on for a little too long, but it’s worth it for the absurdist humour he eventually extracts from it. When the bank is robbed, Buster’s inevitably judged to be the guilty party, causing him to run from the authorities, taking refuge in a seemingly haunted house.

The Haunted House demonstrates Keaton’s interest in dream and nightmare logic. The world is not as it should be, as the house works against him every step of the way. He seems to have stepped into a nightmare that’s not quite real. The best scene is saved for the third key sequence of the film: after Keaton takes another knock, he’s out cold on the floor, then ascends the staircase to heaven only to be rejected by St. Peter at the pearly gates, who proceeds to send him all the way down to hell where Satan is expecting him.

Keaton was mechanical in the most wonderful way. He was the only silent comedian to completely and utterly reject sentiment, and it’s perhaps this that allows him to operate and move like some kind of machine. Never especially balletic or particularly graceful, instead he ran and leapt and fell like he wasn’t an ordinary human being at all, while still managing to convey an experience that feels thoroughly human. The gags in The Goat are complex, showing the best of what Keaton could do with little more than his body and a strategically placed camera.

One of the most iconic images in the Keaton canon can be found in The Goat, when a train moves from the background to inches in front of the camera, and Keaton’s sitting on the front of it. It’s this image, more than any other, which reminds you of the influence Keaton has had on Wes Anderson and his obsessive precision. Another gag sees buster attempting to hitch a ride on the back of a car, clutching to the spare tyre. The positioning of the camera allows us to see the car drive off, as Buster remains clinging to the unattached tyre at the side of the road. Best of all is the protracted chase sequence as Buster attempts to escape his pursuer, making great use of a hotel elevator in the process.

The way Keaton used the frame to comic effect is significant. And Cops demonstrates this perfectly. There is rarely any complicated camera movements, it simply observes. What makes its use important is that it shows us the entire world of the film. Things don’t seem to happen outside the frame. Characters only react to other characters once they step into it, even if they should have logically been visible before that. Here, hordes of cops appear from behind a row of cars that Buster passes. We, the camera, can’t see them before they emerge, so they might as well not be there at all as Buster strolls past them casually.

The film also has a social edge. Its view of the police is hardly positive, as Buster is quite literally overwhelmed by hundreds of police officers chasing him through the streets for something he didn’t do. This has been read as a reference to the hounding and scapegoating of Fatty Arbuckle who was tried three times before being acquitted of murder around this time in the early 1920s. Cops ends, as do quite a few of his films, with the not entirely comic death of Keaton’s character.

The daydreams of the film’s title refer to the imaginings of Buster’s sweetheart. She’s back home while Buster’s in the city trying to prove himself as an upstanding citizen with a secure income. Another example of Keaton’s morbid side comes when he promises to kill himself if he doesn’t get a job that will allow him to provide for her. Her father, meanwhile, promises to lend him his revolver. A combination of Buster’s wilfully misleading letters and her own daydreaming lead her to believe that he’s doing well for himself in the city.

The film’s structure allows the audience to see the reality of the situation, which is never as rosy or successful as Buster’s letters make out. The best example of physical comedy in Daydreams comes when Keaton gets caught in the side-wheel of a ferry on the water. He quickly goes from resting casually on the rudders to running like a hamster in a wheel, trying to keep his trademark hat on and stay alive—in that order. 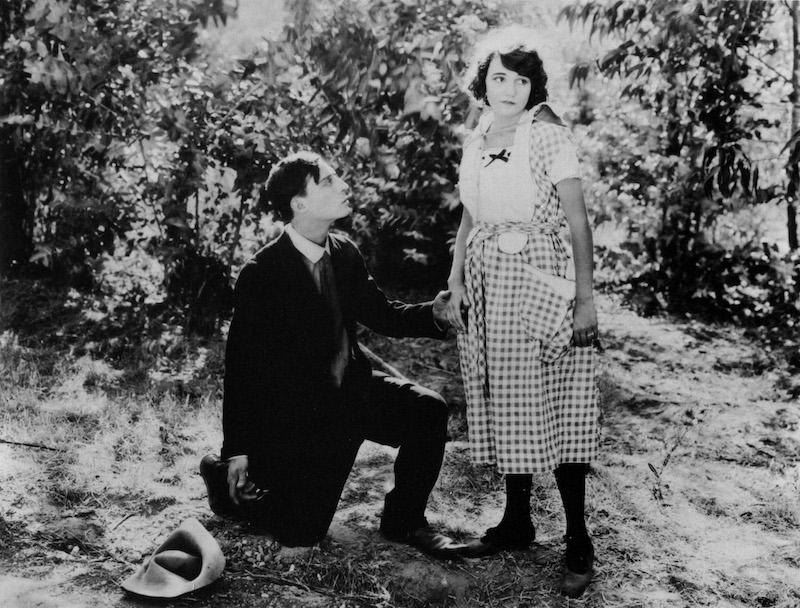