It’s an indisputable fact that you need a very strong stomach to watch anything written by Julia Davis. From Human Remains to Nighty Night and, most recently, Hunderby, her shows mine the most uncomfortable parts of the human psyche; refracting our most grotesque selves back at us while almost daring the audience to look away.

The following contains spoilers for the entire series, which is airing weekly on Sky Atlantic at time of writing. All episodes are currently available on NOW TV.

Her latest series, the six-part Sky Atlantic comedy Camping, is possibly the most difficult-to-watch show she’s ever made. Early reviews drew comparisons with Nuts in May, and it’s true that there are nods to Mike Leigh’s seminal 1970s camping comedy, but Davis eclipses Leigh’s levels of discomfort (awkward looks, half-finished sentences) and ramps the tension up still further. Camping is a series impossible to watch without your hands over your face as the nausea levels rise. 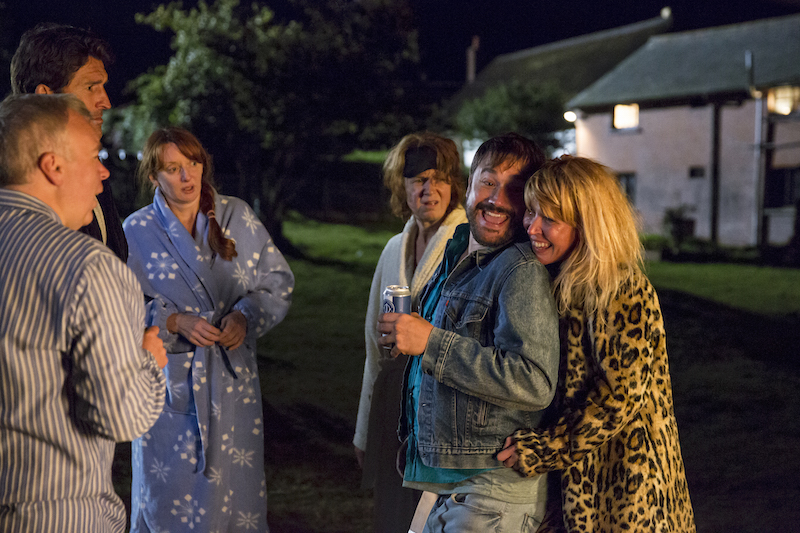 All of which makes it sound as though I hated it. In fact, the opposite is true. Watching Camping was an uncomfortable, deeply queasy and often unpleasant experience, but it was also one of the funniest shows I’ve seen in years. The comedy is darker than the devil’s soul, mind you, revolving around horrendous sexual encounters, creepy assignations, and the sort of one-liners that tread so fine a line that you can’t help but feel more than a little dirty for laughing out loud.

The premise is simple. Seemingly amiable Robin (Steve Pemberton) has decided to celebrate his 50th birthday with a family camping trip. His horrendous, over-controlling wife Fiona (Vicky Pepperdine) has organised the event down to the Stargazy Pie she intends to serve as a centrepiece (“you know the one where the fish heads stick out”). Old university friend Adam (Jonathan Cake), a boorish former drunk, and his drippy wife Kerry (Elizabeth Berrington), are also invited—plus, more unexpectedly, latecomer Tom (Rufus Jones), newly-separated from his popular wife Anne and on the rebound with glamour puss Fay (Davis). The campsite itself is run by a deeply unsettling oddball called Noel (played with relish by David Bamber) whose elderly mother is confined indoors with a terminal illness. The Psycho provocations are played up to the max, which inconveniently require Noel to spend a lot of time washing his mother’s shit-stained knickers. 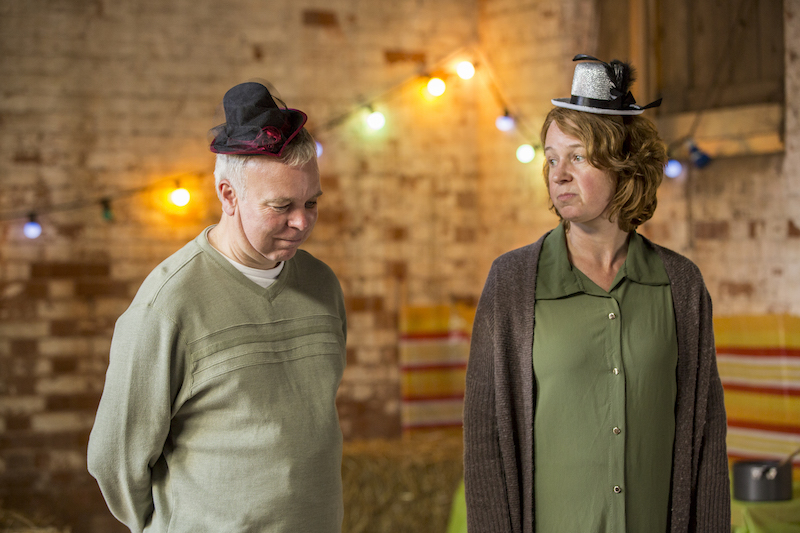 Naturally, it doesn’t take long before Robin’s heavenly weekend away turns into a veritable hell on earth. Couples split up, reconcile, get drunk, split up again, take drugs, have sex with different people, shout, fall over, vomit, and collapse. The whole thing becomes increasingly surreal as the sense of claustrophobia deepens with each episode, as the hapless adults (watched incredulously by Robin and Fi’s over-protected boy and Adam’s much-neglected teenage son) plumb new depths.

Adding to the entertainment: the joy with which Davis breathes life into her monsters. From the opening moments when Fiona blatantly lies to Robin, forcing him to carry their suitcases down to the campsite, we realise we’re in the presence of a truly appalling human being. The opening episodes are mainly concerned with ramming that feeling home, as Fiona bullies everyone around her, makes crude and homophobic comments, and fusses over her son with a near-demented neuroticism. If Camping were only about how terrible she was—as Nighty Night concentrated on the monstrousness of Jill Tyrell—it would still be a fantastic show, but what makes it interesting is that is slowly transpires that most of these people are monsters of one kind or another. 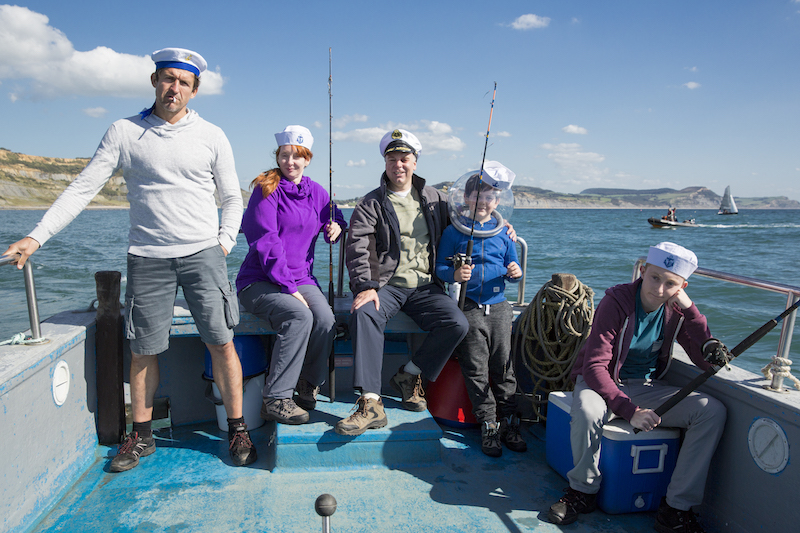 Jones’ narcissistic Tom tells his children that he’s unable to visit their mother after a suicide bid because “all the trains were cancelled, perhaps you saw it on the news?”, while Cake’s bullying Adam falls spectacularly off the wagon and brutally abuses his horrified son in one of the series’ most shocking moments. Berrington’s poor bewildered Kerry is less monster than pathetic doormat, crawling round permanently on the fringes of the gang, unable to find any semblance of dignity until the series’ closing moments, while Davis’ Faye, initially derided by the rest of the group as a brainless nymphomaniac, is slowly revealed as possibly the most kindhearted of the lot. She’s also involved in what might be the show’s most horrible moment: a scene between her and Robin where his layers of amiability are slowly stripped away to reveal a man at least as loathsome as his more obsessively macho friends. (And full credit to Pemberton for the way he delivers the line “oh look, my willy has fallen into you…”)

The creepy final scene between Robin and wife Fi, as they drive away from the wreckage of their weekend break, nods to the show that made Pemberton’s name, the equally unsettling League of Gentlemen. In fact, it may be the isolated rural setting and the way in which Bamber’s twitchy character is clearly hiding all manner of horrors in his darkly lit home, but the spirit of Royston Vasey hangs heavy over Camping. We are trapped the land of the grotesque; a place where anything can happen and nothing is out of bounds, and for every laugh out loud line there’s one to send shivers down the spine.

And yet, this is still very much a Julia Davis production. Tightly scripted, dense with clever references, and constantly daring its audience to blink first. These half-dozen episodes are quite unlike anything else on television right now. While I was watching it, I thought it was probably the best comedy I’d seen all year. As the credits rolled, I knew it was… but I’ll never watch it again.

Written By
Sarah Hughes
More from Sarah Hughes
Far too much of my time is spent wondering exactly why Vinyl...
Read More