For a series defined by restraint and deliberate pacing, the last few weeks of The Americans have seen a monumental change in the show’s status quo. I assumed that, after Nina’s sudden and shocking death, the show would retreat for several weeks, taking its time to wind up for the next big development. But no, two episodes later, the FBI knows that Martha (Alison Wright) is a mole (even if they don’t know the exact details), Philip (Matthew Rhys) and Gabriel (Frank Langella) are plotting the best way to get Martha out of danger, and by the episode’s end, Martha is jeopardising her own safety. By the time Martha flees the safe house in the last moments of the hour, it’s clear that she and the show have reached a point of no return.

“The Rat” (named, with obvious double meaning, for the virus sample William provides Philip that is stored in a dead rat) opens much more quietly, in the post-coital moments just after the end of last week’s episode. Elizabeth (Keri Russell) reassures Philip that they’ll do everything they can to help Martha; they’re both uncertain, of course, but it seems that Elizabeth’s near-death experience in “Experimental Prototype City of Tomorrow” has brought them closer together. Their sex scene is mirrored (literally, in one shot) by “Clark” and Martha this week, as Martha straddles Philip just as Elizabeth did last week. The contrast between the two is, as always, very telling—Elizabeth recognised that she and Philip both needed the brief respite of sex; while Martha, who has finally learned who “Clark” is looking for, is seeking reassurance that, no matter what, they’ll be together. Look at Philip’s eyes in that scene, and it’s clear that he cares for Martha and is also very aware that, wherever she’s going next, he won’t be there. 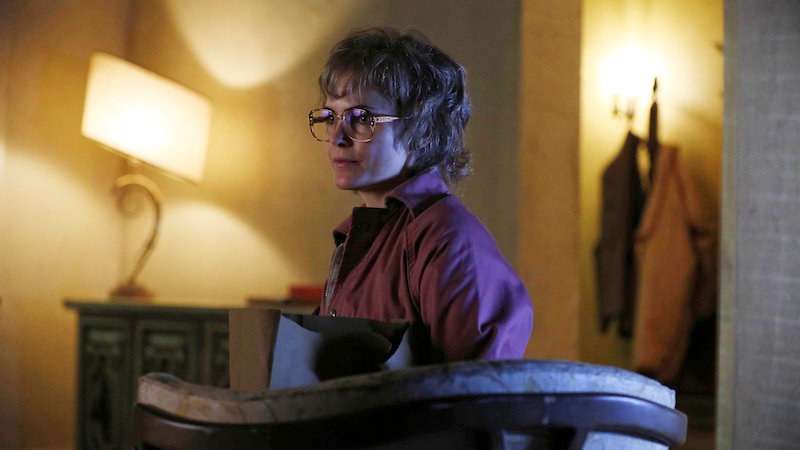 Ironically, it’s Philip’s decision to bring Martha in that confirms Stan’s (Noah Emmerich) suspicions. Richard Thomas gets one of the episode’s best moments, as Stan and Aderholt (Brandon J. Dirden) tell Gaad that, as Stan puts it, “I think Martha’s bad.” Gaad’s response—”That’s… that’s crazy!”—is just perfect, and if part of the fallout is that Gaad won’t be running the office anymore, I’m glad Thomas gets to leave on a high note. But while “The Rat,” which is written by Joshua Brand, does a great deal to advance The Americans’ plot, it is, as always, more focused on the emotional impact on the characters. Philip has to deal with how Martha might face the least worst consequences of his deception, and Gabriel is realising that Philip is increasingly at odds with the Centre. Meanwhile, poor Martha is at once rational and clear-eyed about her predicament (that moment where she realises she’s never going home is all the more heartbreaking for Wright’s restraint) and still labouring under the tragic delusion that this will end with her and Clark running off into the sunset. 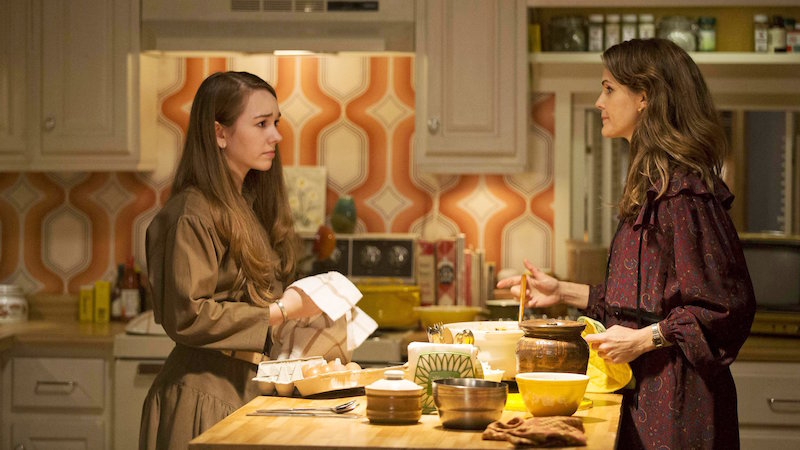 Elizabeth, too, is struck by the realisation that Philip revealed his real face to Martha.¹ It’s a moment brilliantly staged by director Kari Skogland; the camera follows Elizabeth into the kitchen, where she stops as she sees Philip sans wig and glasses. Rather than cutting immediately to Elizabeth’s face, Skogland lingers for a second on the wide shot, as Russell’s body language changes ever so subtly as she absorbs the enormity of what this means. Russell is fantastic as the scene progresses; without ever directly saying so, we can see this is maybe the first challenge to their relationship’s notion of fidelity. Any monogam-ish couple often doesn’t know what is a specific boundary until one of the partners has violated it, and it’s clear that this kind of betrayal is a totally new feeling for Elizabeth.

By the episode’s end, a great deal is out in the open in a way that’s impossible for The Americans or it’s characters to retreat from. We’re so used to the characters talking around the details of their jobs that it’s jarring when, in the last scene, Martha shouts to Gabriel that “I’ll scream everyone will know you’re KGB!” Judging by the look on Gabriel’s face, Martha’s explicitness is going to have serious consequences. Just how bad remains to be seen, and I’ll be rooting for Martha to live out the rest of her days as a phone dispatcher for Omsk Information, but it doesn’t look good. Either way, sorry, Henry, it doesn’t look like EPCOT is in the cards just yet, but keep the dream alive, kid.