Best friends Molly (Lady Bird’s Beanie Feldstein) and Amy (Short Term 12′s Kaitlyn Dever) are about to graduate high school as straight-A students. Molly is a Valedictorian and student body president, while her friend Amy is an activist about to spend her summer in Botswana volunteering for a feminist charity.

Only in the last weeks of school do they realise their nights spent studying and avoiding non-studious social activities hasn’t been worth it. Molly overhears three of her presumed loser classmate’s trash talking her in the bathrooms, so she confronts them only to discover they’ll soon attend the same prestigious universities and working six-figure jobs at Google. At that moment, Amy discovers her classmates (who didn’t seem to care about education) just didn’t care about school. Amy and Molly know a lot of facts and can recite useless trivia and quote activists, they’re ignorantly naïve about sex, party etiquette, or social interaction. Booksmart never shames the girls for the lack of street smarts.

Molly and Amy decide to cram in all the high school hijinks they missed out on into one glorious night. Their main goal is to attend a house party of popular students, during which time they take hallucinogenic drugs, projectile vomit over crushes, and crash the wrong parties. Unlike a lot of films in this genre that shame or glorify drugs and booze, Booksmart offers a more straight-talking version of teen parties. By the second act, audiences will be rooting for the girls to drink the beer, take the drugs, and kiss the dumb boy. 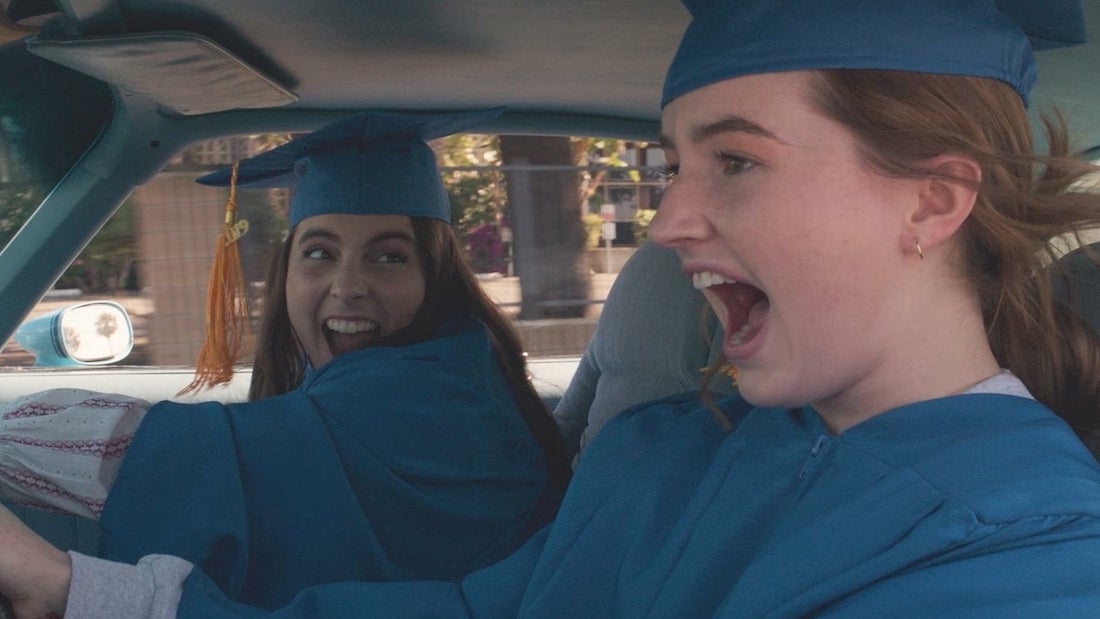 The film also rejects the idea that coming of age stories can’t be outrageous without being hook-up orientated. These girls know their crushes are morons and they will inevitably do better, but it doesn’t stop the pair living in the moment. Screenwriters Sarah Haskins (TV’s Trophy Wife), Susanna Fogel (The Spy Who Dumped Me), Katherine Silberman (Isn’t it Romantic), and Emily Halpern (also Trophy Wife) understand how girls talk, even if these two are a little too ‘woke’ for their own good.

Booksmart doesn’t want to make fun out of the nerds, and it has no interest in lecturing young audiences about sex, school, and prioritising one’s education. It tells you it’s okay to make mistakes. It’s okay to stand up for you believe in. It’s okay to be a lustful woman who also quotes RBG and Malala. The nerds aren’t the victims of this story. In fact, Amy and Molly regularly make fun of others. They aren’t bullies but they make sure everyone knows they have smarts and everyone is beneath them. Their snarky attitude towards mouth-breather Nick (Mason Gooding), over-dresser George (Noah Galvin) or slut-shamed Triple-A (Molly Gordon), is used as a cover-up for their social anxieties. 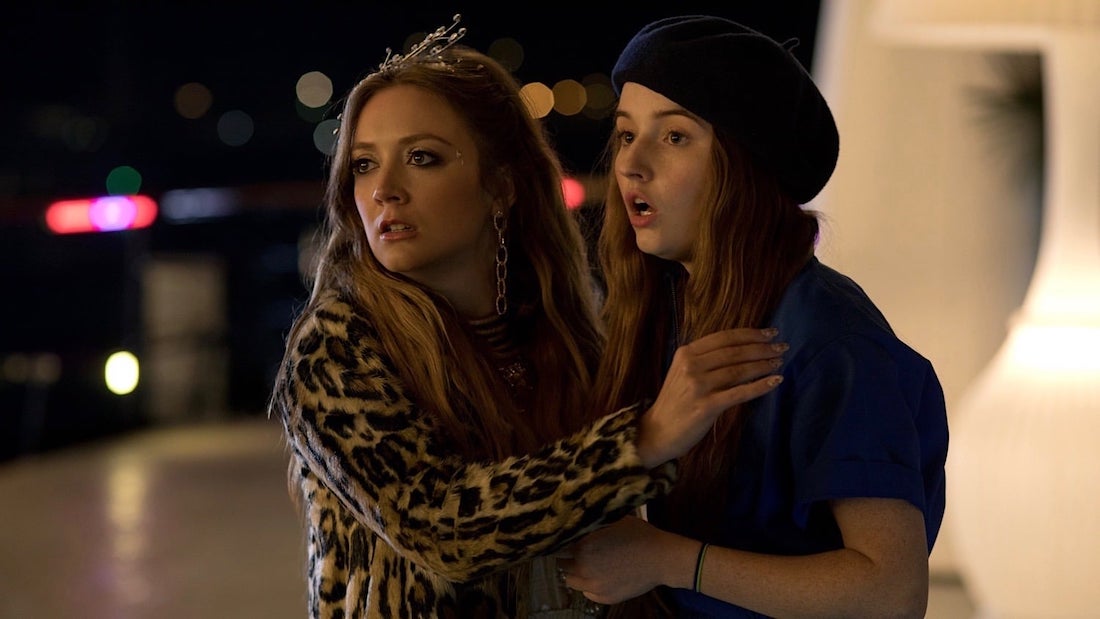 As expected, Booksmart careens from incident to incident as the two friends try to track down the location of this purportedly life-changing party. The screenwriters understand social media and this generation’s relationship with it, as they watch the ongoing updates from the party their longing to attend only increases. Some sequences are sharper than others, the final act offers some of the film’s finer moments, leaving a bittersweet taste in a film that you expect to have a feel-good ending.

Booksmsmart recruits a whos-who of talented comic actors, although they often go to waste. Will Forte and Lisa Kudrow play Amy’s loving yet religious parents, while the principal who moonlights as a Lyft driver is played by Jason Sudeikis (Wilde’s husband), Jessica Williams plays an inappropriately admired English teacher, and Michael Patrick O’Brien features as an accosted pizza driver. These actors are less a supporting cast and more a collection of extended cameos. This film would be nothing without the chemistry between the two leads. Feldstein (Jonah Hill’s sister) has a knack for physical comedy, and Dever is a perfect straight woman.

Molly and Amy are recognisable avatars of the unpopular high school girls who were best friends with the teachers, looked down on by anyone more focused on having sex, and quoted the legal system for fun. The upper-class environment, where every student has unlimited funds, large mansions and connections to Ivy League schools, feels like a fantasy. This is nothing new as high school comedies—from Pretty in Pink (1986) to Netflix’s Sex Education—have filtered coming of age through the glossy filter of Gatsbyesque parties. Booksmart is a film dedicated to portraying a real female experience, although it’s slightly let down by the oppressive slickness of their hollow lifestyles. 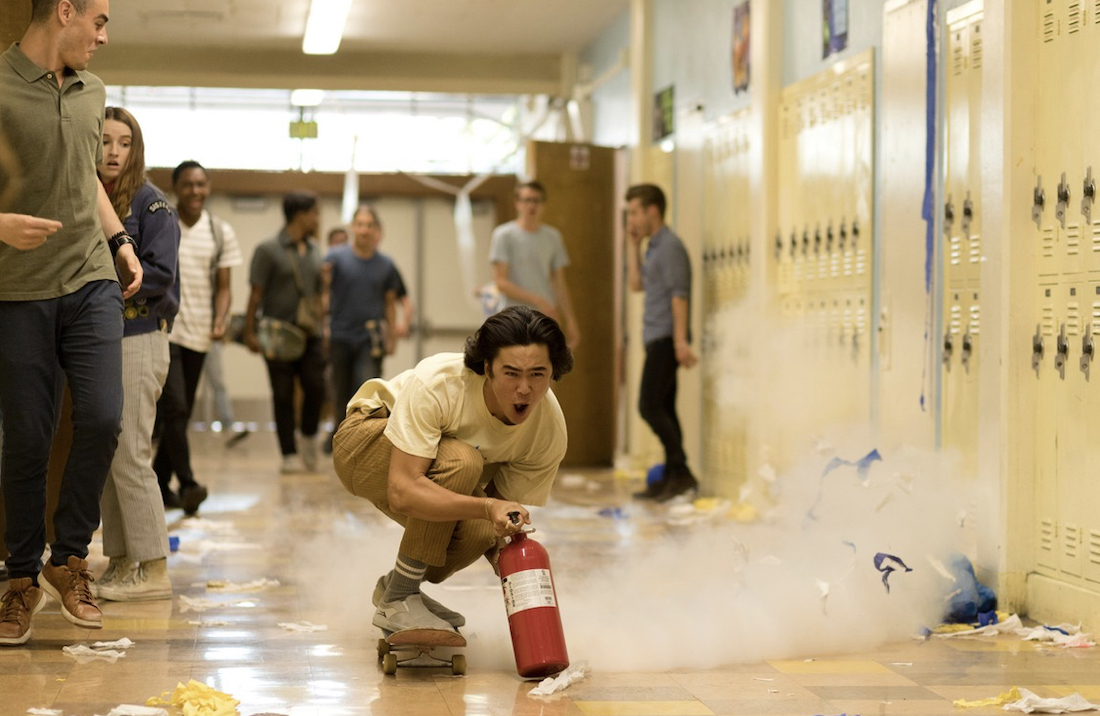 Gigi (American Horror Story’s Billie Lourd) is a shining example of a character that feels out of place in a film that talks so frankly about sex and femininity. She’s a rich kid who supernaturally appears at every location the girls arrive at, dispensing terrible advice alongside hallucinogens. There’s something cartoonish and mean spirited about Gigi; traits that don’t fall in line with other characters in the movie. Everyone else, from the empty-headed skateboarders to the too-cool-for-school rebels, have layers and nuances to them, teaching both our leads and audiences you must never judge a book by a cover (or by teen comedy stereotypes).

However, this isn’t enough to distract from Booksmart’s obvious charms. It offers comforting and vital messages about the strength of female friendship and the bonds you didn’t know you made at school. The main message to take from this film is that all those high school stereotypes exist but if you scratch the surface they might be more like you then you think.

It may lack the awkward realism of Eighth Grade (2018), but not since Superbad (2007) has a comedy nailed the anxiety and exhilaration of making adolescent mistakes. Booksmart is a credit to director Olivia Wilde, who sustains the laughter, plays with conventions, and offers unexpected sequences that include a dance fantasy and a hilarious stop-motion sequence. This is the type of honest, wholesome, yet hilarious film I wish I’d seen when in high school.