American Woman, directed by Jake Scott (son of Ridley), from a Brad Ingelsby (Out of the Furnace) screenplay, is a conscientious character study that most film studios appear to have been avoiding in recent times.

Deb (Sienna Miller) is a single mother in a dreary Pennsylvanian town, who gave birth in her teenage years and is already a grandmother in her thirties.  The film starts in the early-2000s as Deb struggles with a low-paid job in a supermarket, supporting a teenage daughter called Bridget (Sky Ferreira) who has a child of her own, and a judgemental family who live across the street—her older sister Katherine (Christina Hendricks) and her mother Peggy (Amy Madigan). They don’t have great jobs, they don’t have much money, but they have a community and still have a lust for life.

Katherine is a reference point to everything Deb could’ve had. She has a devoted husband (Will Sasso, playing entirely off-type), two pleasant sons, and a fairly contented life. Her role in American Woman appears to be disapproving of her sister’s love life, lack of ambition, and weak parenting skills. Despite their very different life paths, there’s an obvious warmth between the chalk-and-cheese siblings, even if their mother’s scathing put-downs threaten whatever harmony exists. 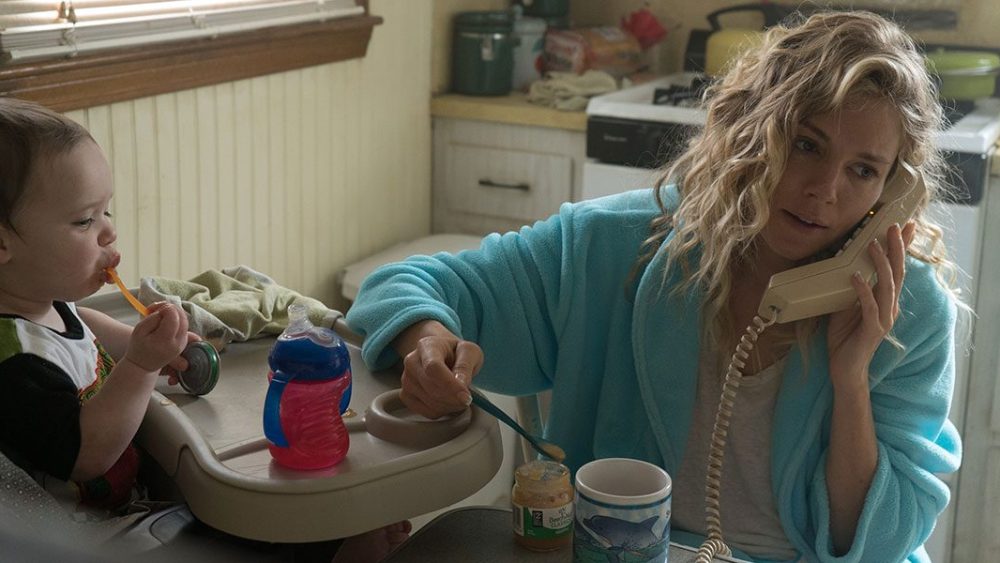 One night, Bridget goes out with the father of her child (Alex Neustaedter) and never comes home. Deb’s devastated, blaming her daughter’s ex without any evidence and lashing out at those around her. But like many people are forced to do, when we visit Deb a few years later she’s somehow managed to carry on after this tragedy, never knowing the fate of her daughter. Whilst the grief never leaves her, she learns to live with it and tackle each day with a smile, no matter how forced.

Whilst many other films would have turned into a portrayal of grief or a whodunnit murder-mystery, American Woman is instead a portrait of female strength despite all odds. The film seamlessly skips more years and next time we see Deb working to get herself out of a rough patch: she studies hard and gets promoted, she stops sleeping with married men and starts dating a seemingly nice construction worker (Aaron Paul). You soon forget about her daughter’s disappearance, as it’s not important to the plot, it’s the getting back up that American Woman wants audiences to focus on.

Sienna Miller, who’s spent most of her Hollywood career playing sad left-behind wives (American Sniper, The Lost City of Z, Foxcatcher), finally gets to prove her worth. She’s in nearly every second of this film and totally inhabits the grief and warmth of Deb. While it’s a less showy and more subtle performance, Miller is as good as Frances McDormand’s Academy Award-winning turn in Three Billboards Outside Ebbing, Missouri (2017).

For such a character-driven piece, the characters themselves are a little underwritten. Miller’s performance adds much-needed depth to Deb, but she isn’t written with much. Hendricks, Madigan, and Paul are also severely underused and end up being mostly forgotten by the story. Hendricks proved in TV’s Good Girls she can excel in gritty female-led pieces, but American Woman wastes her with a ‘purse-lipped judgemental sister’ role. 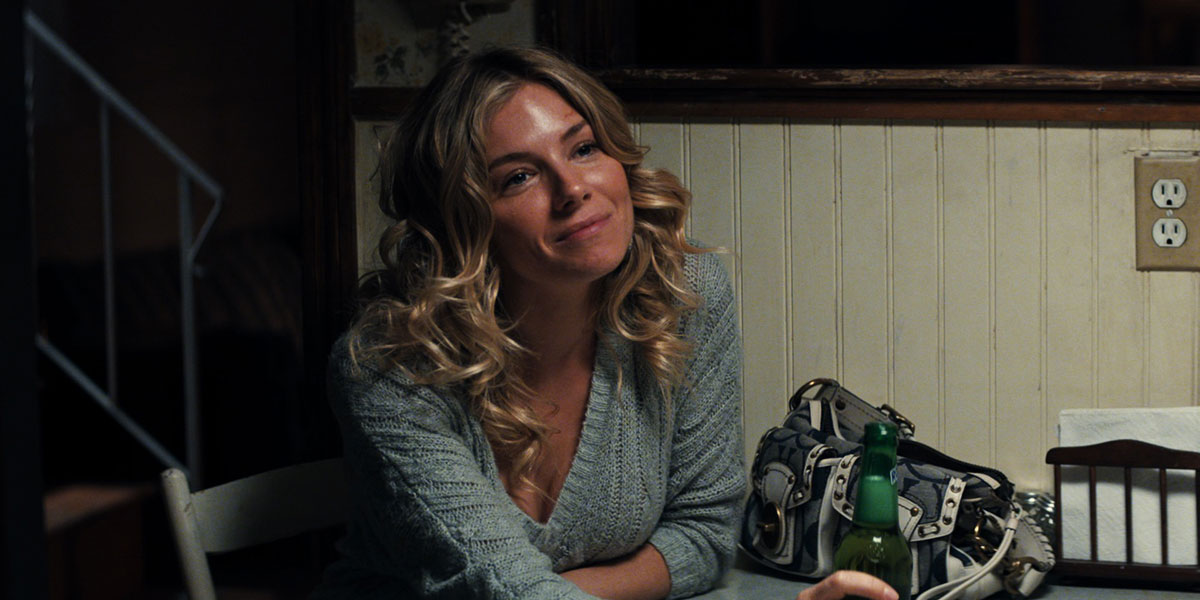 Though the film spans over a decade, Deb and her adult family don’t even seem to age a day. American Woman probably didn’t have the budget for ageing prosthetics, so the actors have to instead portray the passage of time with their performances, helped by tasteful changes in clothes and hairstyles. Miller manages to express Deb’s changes the best, clearly transforming from a free-spirited young woman who avoids responsibility to a hard-working and committed person.

If anything, American Woman shoehorns in too many accomplishments, heartache, and betrayals over its runtime. It delves a little too far into soap opera with its portrayal of the sprawling, sometimes extreme life of a woman who’s had far too many mishaps to be a realistic character.

American Woman lacks depth and it’s a little clunky, but it works brilliantly well as a showcase for Sienna Miller. Here’s hoping this is only the start for a career renaissance for this underappreciated British-American actress.