The Assassin is noted Taiwanese director Hou Hsiao-hsien’s first step into the realm of wuxia and martial arts; although, for the most part, the end-product suggests he’d rather be doing anything else. The first thing that strikes you about The Assassin is its sumptuous cinematography, which is never less than absolutely beautiful. Unfortunately, the film falls down in almost every other aspect—a story brimming with surface beauty that has very little to back it up emotionally.

Shots of the Chinese countryside are gorgeous, while the mise-en-scène throughout is stunning with its lavish costumes, amazing locations, and detailed sets that pull you in the world of ancient China. If nothing else, The Assassin is a triumph of production design. Hou’s film takes in every hallmark of the genre; from it’s Kurosawa-esque black-and-white opening, to the presence of a mood-building zither scene, through to the fight choreography itself, but Hou never really presents it in a fresh way. 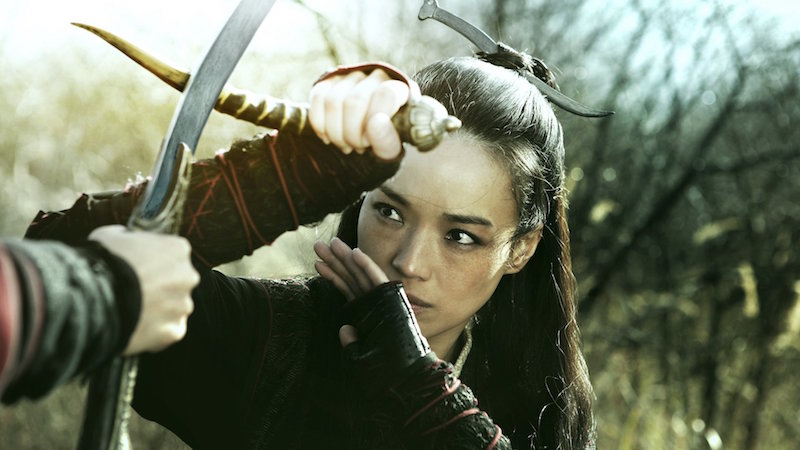 The Assassin is a slow film—glacial, in fact—with virtually nothing happening for long periods. Presenting a film in which silence and a lack of reaction are the dominant features, whilst still making it captivating for audiences, is a difficult balance to strike, and Hou falls wide of the mark. Watching The Assassin often feels like staring at empty space. To put it more bluntly, it’s all very boring.

The camera work is fluid, but oh-so-languid. Long-take scenes—of which there are plenty—can be impressive in the right hands, but not when there’s no substance or drama behind anything happening. The film revels in the mundane minutiae of everyday tasks: when one character runs a bath, or dons jewellery, you’d better believe we’re going to watch every last action of the process in fine detail. 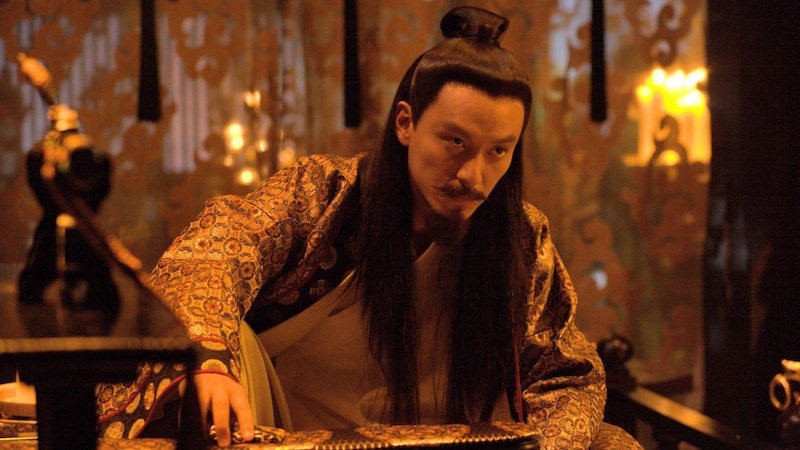 And yet there are exceptions—a mid-film dance sequence adds zilch to the plot, but is utterly enchanting. The fights, too, when they happen, are slick and snappily put together; at odds with the rest of the film. The jarring nature of these bursts of action might have been an effective way of keeping audience on their toes, but chances are many will already be numbed into distraction by the dullness surrounding them.

Hou curiously even places a lot of the bigger action moments off-screen, as if he’s reluctant to commit to the genre. As the film’s enigmatic titular assassin, Shu Qi is grossly underused, while most of the other characters are all-too easy to confuse. The plot—when it deigns to rear its head—is overburdened with detailed geopolitics and protracted family wrangling, to the point where the film becomes difficult to tracl. The story of Yinniang (the eponymous assassin) ought to be fascinating enough on its own, yet she gets lost amid supplementary characters we’re less invested in. 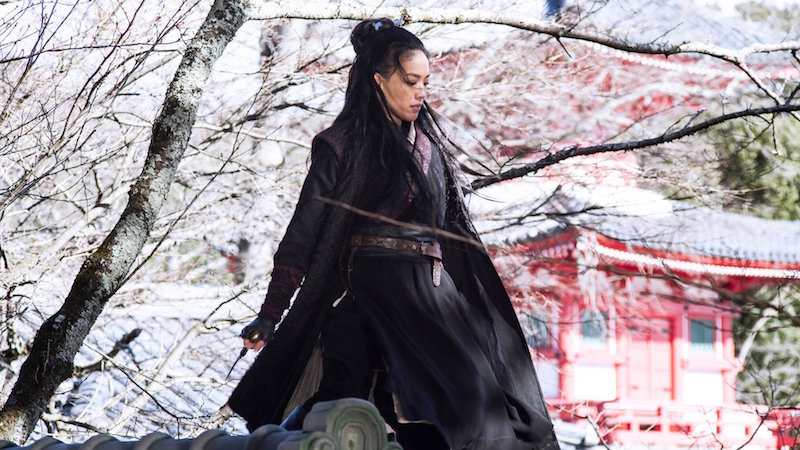 The score has some nice moments, but by the time the film’s in its closing stages (present an extended shot of goats chewing cud for no reason whatsoever), your patience will have been tested to its limits. The Assassin is beautiful to behold, but mostly impenetrable. Is it rewarding by the end? Not particularly.

The film’s look is memorable, and some of the direction (with the camera’s sight forever obscured by curtains, plants, candles, etc) can be interesting. I liked how dialogue scenes featured Hou’s camera sweeping sedately back and forth between the characters speaking, sucking you into the moment. But these scenes are few and far between. For the most part The Assassin is abstruse and oblique, a precious Fabergé egg of a film; delicate, fragile, and exceptionally pretty, but ultimately cold, lifeless and hollow.