A good defence is a good offence.

The opening scenes of “Coushatta” confused me, making me forget where things had left off in “Something Stupid”. I couldn’t fathom why Kim (Rhea Seehorn) was waving Jimmy (Bob Odenkirk) off on a long coach trip to Louisiana, to the titular town of Coushatta, until later in this episode. It was all part of Kim’s clever plan to keep Huell out of jail, although her opening gambit was to bombard his prosecutor, Assistant District Attorney Suzanne Ericsen (Julie Pearl), with overkill motions and additional paperwork from some of her Schweikart & Cokley’s colleagues.

Jimmy’s trip to Coushatta was part of an even more elaborate ruse, as judge Benedict Munsinger (Ethan Phillips) was later swamped (pun very much intended) by letters of support from the “swamp-dwelling” residents of Coushatta, where Huell grew up. The mailbags of correspondence were fake, of course, written by Jimmy and the passengers he enlisted to help during his tiring journey to Louisiana, on the stationery Kim bought at the end of “Something Stupid”. 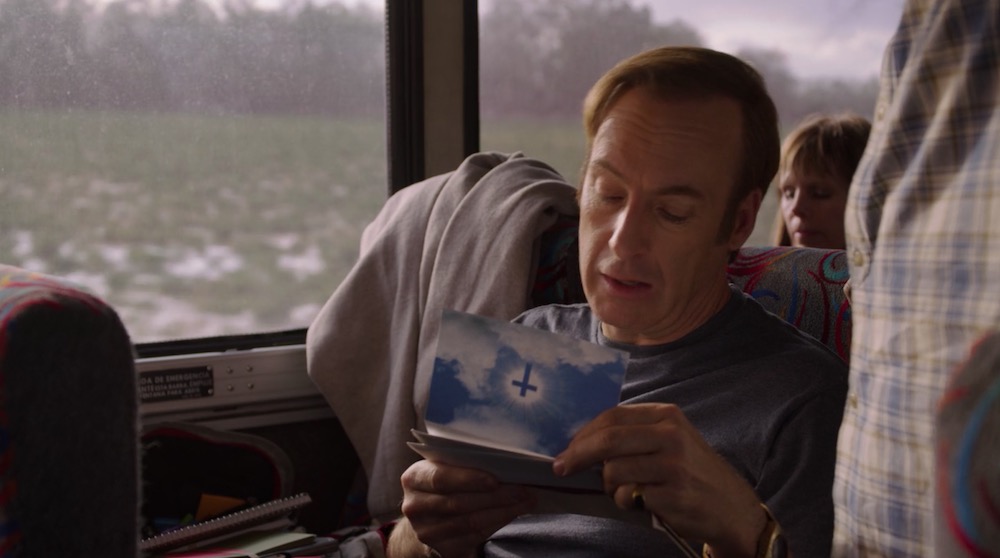 And to complete Jimmy and Kim’s elaborate con, some of the letters included phone numbers a curious Suzanne called to inquire why a professional thief like Huell is so beloved by everyone, with each number actually one of Jimmy’s pre-paid mobile phones. He even hired three college students to answer the calls and pretend to be various “characters”, complete with audio-taped ambience. Jimmy himself who pretended to be Huell’s priest, putting on a thick Louisiana accent, proclaiming the accused as a hometown hero and “threatening” to turn up to court in support for him. There was even a fake website taking donations to help with Huell’s support, hilariously filled with photos of Huell doing good deeds. 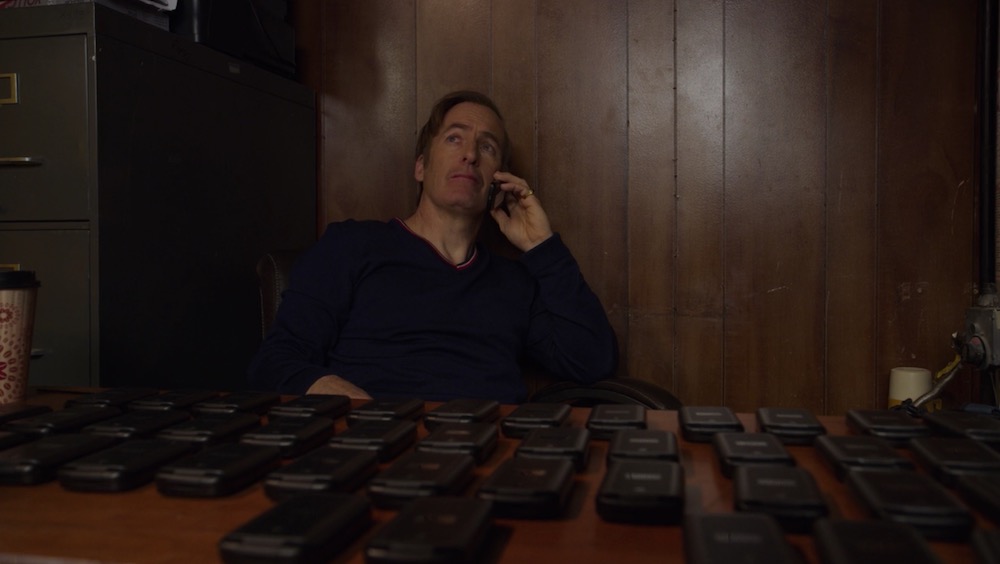 It was all very amusing, and just about plausible. Would Jimmy and Kim have gone to this extraordinary effort just for Huell? Maybe, yeah, I guess. I just wish we felt the depth of friendship between Jimmy and Huell, but they’re a duo we’re just expected to accept have a bond the show itself has never put much work into. Huell’s a guy Jimmy calls on for jobs, isn’t he? I’m sure he wants to keep his useful buddy out of jail, but going to these lengths? Then again, Jimmy loves the chance to con people, and even moralistic Kim’s developing a taste for it. Maybe the fact this adventure would help Huell was just the icing on the cake. And it worked, too, with Suzanne agreeing to a favourable deal that’ll keep Huell out of prison. The writers will have to find another way to explain that character’s weight gain by the time of Walter White’s era, then…

Of greater interesting with this storyline is what it means for Jimmy and Kim’s relationship. Season 4’s been foreshadowing them drifting apart as their careers and lives go in opposite directions, but this con was a turn on for Kim and they celebrated its success by having passionate sex. Kim then admitted to Jimmy she wants to do something like it again, so we may end this season with them closer than ever before. There was another scene with Kim attending a meeting with Mesa Verde about the bank’s expansion, but she was disinterested and cautioned them against it—probably because she doesn’t want to do the boring legal paperwork involved. Maybe there’s a future for Kim on the show, at least for a season longer? It just begs the ongoing question: what happens to Kim between this show and Saul’s time on Breaking Bad? It’s possible she was around but we just never saw her, rather than dead or out of Jimmy’s life. 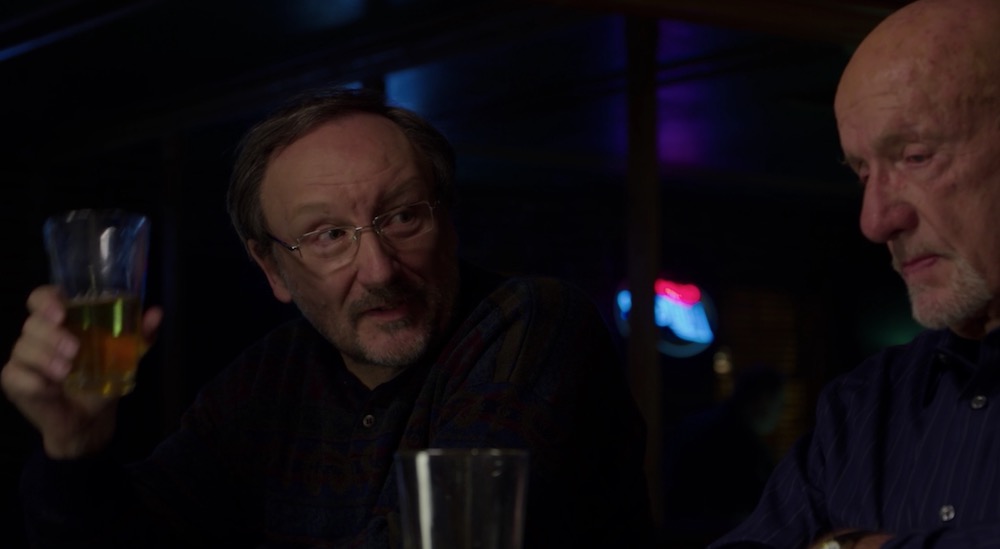 While Jimmy and Kim got closer again, despite last week’s omens, the friendship between Mike (Jonathan Banks) and Werner (Rainer Bock) took a step backwards in “Coushatta”. I’ve been enjoying their easy chemistry as laidback, intelligent men of a certain age and temperament. Mike Ehrmantraut’s German heritage seemed to endear him to Werner even more. They seemed to have a mutual understanding of each other and the realities of the world, not to mention the criminal underbelly they’re both involved with. But this week, a crack appeared in their bromance, when we’d been led to believe Mike’s big problem would be engineer Kai (Ben Bela Bohm) with the bad attitude.

Werner got drunk at a strip club during his team’s agreed R&R, with Mike later catching him talking about his engineering work to a table of strangers. And while he didn’t blow the whole operation into the Superlab, his loose lips might’ve been loosened further after a few more pints. Werner’s not exactly the type of guy locals of Albuquerque forget in a hurry, either. A stern warning from Mike is about what Werner deserved for this uncharacteristic slip in professionalism, but the problem was noted and relayed back to Gus (Giancarlo Esposito). For now, it seems Mike’s prepared to take responsibility for Werner’s moment of madness, and Werner’s aware of what might happen if Gus starts to think he’s a liability.

It’ll be interesting to see where this is all headed, with only a few episodes left this season. Werner will complete the job (as the Superlab exists in Breaking Bad), but will probably get himself killed out by Mike—either because he continues to be a blabbermouth, discovers more than he needs to know where the Superlab’s situated, or possibly just because Gus prefers everyone involved in building his lab is eliminated so it remains top secret? 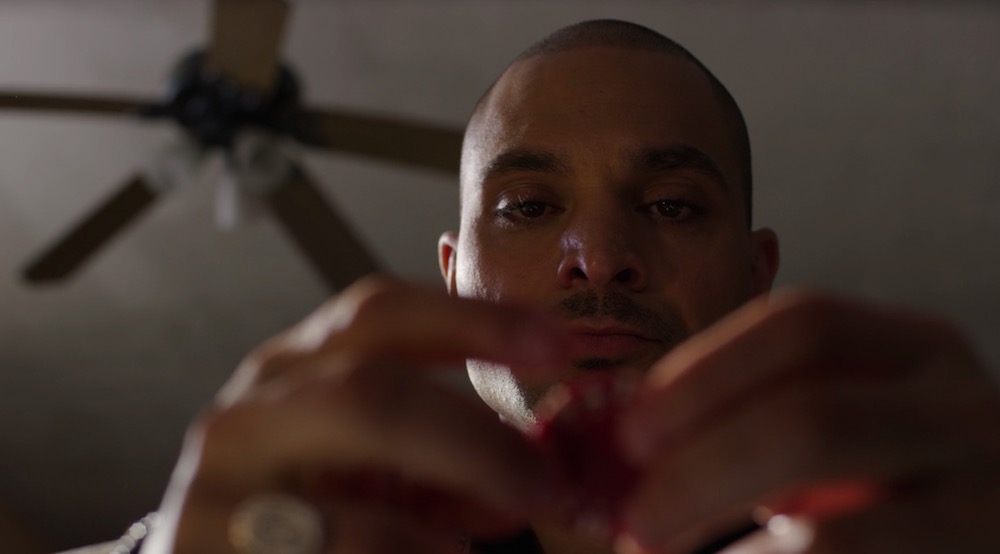 In the smaller of this week’s subplots, we got some insight into Nacho’s (Michael Mando) growing role in the Salamanca’s drug trafficking while Don Hector recovers from his stroke. He’s numero uno right now, overseeing business as Don Hector would in the restaurant where their street dealers come into handover their week’s takings. Nacho even knows exactly how to frighten those who don’t hit their targets, having been on the receiving end a few times himself.

Nacho’s home life seems empty and soulless (echoing Jesse Pinkman’s domestic emptiness on Breaking Bad after he started making some real money), with two beautiful girls waiting for him that he treats more like pets – throwing them bundles of cash as if they were chew-toys for puppies. He’s still clearly dreaming of leaving this life far behind, as there are two fake ID cards for himself and his father, for a province of Canada called Manitoba. A little like Kim, one has to wonder where Nacho’s story is headed and if it’ll have a happy ending. I’m guessing not.

The arrival of Eduardo “Lalo” Salamanca (Sense8′s Tony Dalton) will likely have something to do with Nacho’s fate, as this younger and more charismatic member of the Salamanca clan has arrived on the scene. Lalo already seems to be taking a concerning interesting in how the family business is run and, without a familial connection, it’s obvious Nacho will have to bow to him because of his surname. Blood’s thicker than water, after all. I wonder if Nacho’s going to make a fatal mistake in trying to get rid of Lalo, as he tried to dispatch Hector, only for this attempt to end in his own demise.