Taboo is the kind of show that divides people. For every person who loves it passionately (revelling in the mud, muck, and mayhem that Tom Hardy has brought to the historical drama), there’s another who thinks it’s a textbook example of Shakespeare’s tale “told by an idiot, full of sound and fury, signifying nothing”. It’s been called ponderous and lacking in plot, dismissed as style over substance, and derided as the ultimate in vanity projects.

However, such criticisms are hugely unfair to a drama that more than repaid the BBC’s faith in it, giving Saturday night TV a welcome shot in the arm and building a loyal fan base in the process. Taboo, created by Tom Hardy and his father ‘Chips’, written by Steven Knight, is a rich, strange stew of a period drama. It’s a show that draws on everything from Charles Dickens to Ken Russell and which never met a baroque plot point it didn’t want to embrace. The basic story is a simple one: adventurer James Keziah Delaney (Hardy) returns to London after a decade’s absence, during which time he was presumed dead. His arrival coincides with the death of his father, which he claims to have learnt about “in the flames” (Delaney is much given to gnomic mutterings about the future and to peering myopically into fireplaces to commune with his ghosts).

No one is pleased to see him. Not his highly-strung sister Zilpha (Oona Chaplin), with whom he once shared an unnatural closeness and who now languishes in a miserable marriage. Not his father’s loyal retainer Brace (David Hayman), who’s clearly had his fill of Delaney family madness down the years but can’t quite bring himself to leave. And certainly not the (dis)honourable East India Company (EIC), headed up by Sir Stuart Strange (Jonathan Pryce in gloriously choleric form) who have their eyes on a small piece of land called Nootka Sound, which Delaney’s father purchased “for beans” and which he has willed to his son. 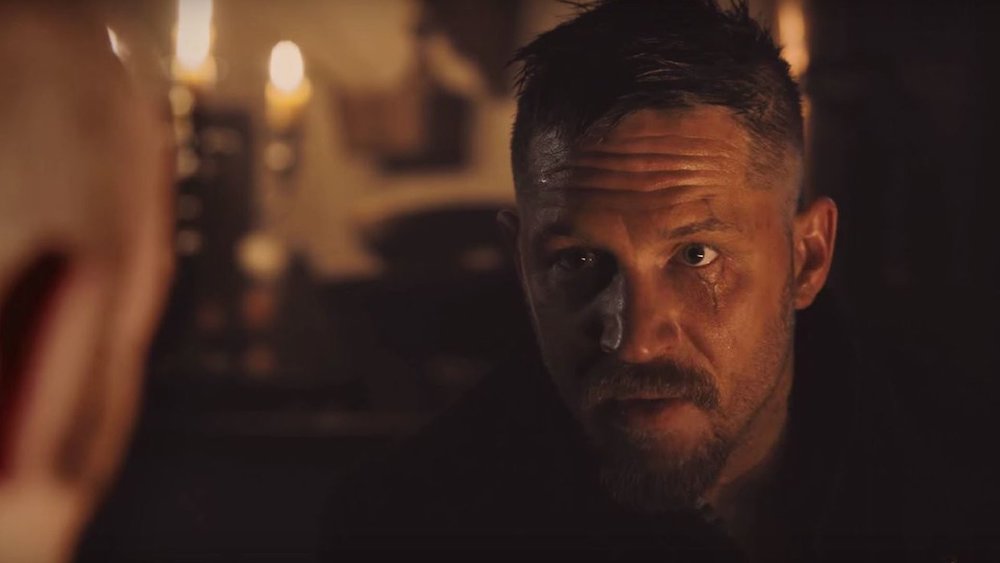 The next 8 weeks essentially revolved around whether Delaney will manage to best not only EIC, but also the English Crown, in the shape of the Prince Regent (Mark Gatiss, unrecognisable under prosthetics) and his oleaginous right-hand man Solomon Coop (an excellent Jason Watkins). Along the way we met the lovely Lorna Bow (Jessie Buckley), Horace Delaney’s third wife and herself something of an adventurer; the sybaritic chemist Cholmondeley (Tom Hollander), a man with a fondness for his own products; and various spies, criminals, and ne’er-do-wells of whom the most entertaining was Stephen Graham’s bald and tattooed Atticus, who kills for a living while collecting facts about the natural world. There are rituals and exorcisms, drug-addled parties and gunpowder plots, all manner of mischief and murder, and a long-ago sunk slave ship the covering up of which crime causes ripples throughout the length of London society.

Through it all strides Delaney, with his black coat billowing, top hat perched jauntily on his head, and played by Hardy as an unholy cross between Heathcliff, Hannibal Lecter, and Bill Sikes. It’s a strange, off-kilter, hugely charismatic turn, apparently comprised more of grunts (“hmmph, hmm, urghh, tea”) than actual words. The sort of performance that doesn’t so much chew scenery as swallow it whole and vomit it back up again, in which Hardy appears possessed by the ghost of the late Oliver Reed. Yet strangely, and crucially, it works, ensuring that Delaney remains the still, inscrutable core of a constantly swirling plot.

It helps that the support cast are all extremely good. Buckley brings intelligence and a wry amusement to the role of Lorna, Hollander has a ball as the hedonistic and lovelorn Cholmondely; Jefferson Hall makes a magnificently loathsome villain as Zilpha’s drunken husband Thorne; and Lucian Msamati’s George Chichester, a lawyer determined to get to the bottom of EIC crimes, gives the drama heart and much needed moral code. As poor, benighted Zilpha, Chaplin doesn’t fare quite as well —as her wide-eyed, nervy performance is compelling to watch, but the part is fatally underwritten and she’s too often denied agency… with even her most decisive moments crumbling to ashes soon after. 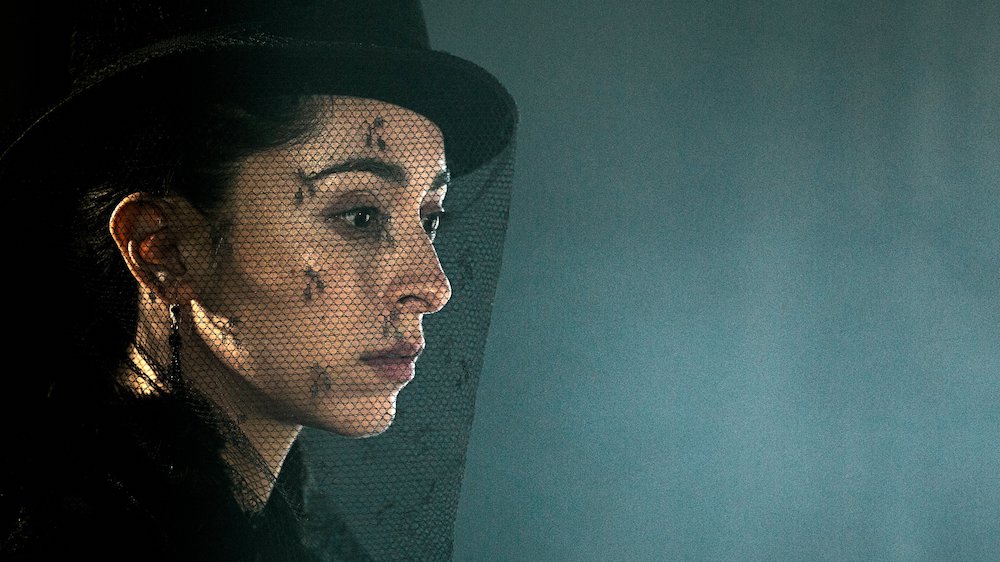 This is also a hugely atmospheric show (you can practically smell the stink of the old London streets and the stench wafting up from the Thames), with strong cinematography from Max Patten, tight direction by Anders Engstrom and Kristoffer Nyholm (the latter in particular manages to make his scenes look like corrupted Gainsborough paintings the beauty slowly rotting from within), a haunting soundtrack by Max Richter, and a vividly muscular script from Knight.

With the BBC other muscular period drama Peaky Blinders, Knight proved he can both create charismatic characters you care about and bring numerous disparate plot strands into a cohesive and satisfying whole, and both of these talents are to the fore during Taboo. The final episode in particular is superbly plotted, providing a satisfactory answer for nearly every question raised while also nicely setting events up for second series. It’s also surprisingly funny. Hardy and Knight recognise that their material is high Gothic, verging on the ludicrous, and they have fun with it.

“I have a use for you,” remarks Delaney in one of the show’s many quotable lines, and just about every character gets one or more zingers over the course of the series. “No sparks, no flames, no inflammatory comments: I’m covered in explosives,” remarks Cholmondely, sardonically. “We’ve screwed maharajahs, we’ve screwed moguls, and this man is merely a London mongrel, so come on! Ideas?” Strange shouts at his eager minions. “There’s no point, I’m always like this,” Delaney tells a disappointed Chichester when he offers to reschedule their meeting. This is dialogue that’s having fun, playing with subject matter and form, winking at the audience as if to say ‘yes we know this show is completely and utterly insane, but that’s the point. Forget your inhibitions and any deep-rooted notion of what historical drama is supposed to do — join us and wallow in the madness.’ 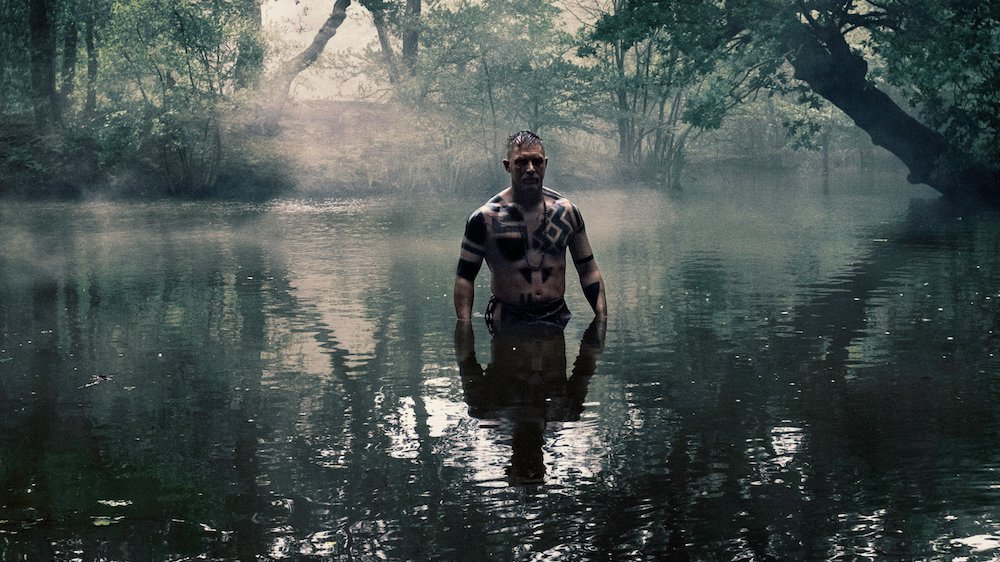 For Taboo is ultimately a drama about freedom — who desires it, who has it, and what cost it requires. Delaney’s sole purpose is not really to lay his ghosts to rest or battle with his demons (although he looks remarkably fetching doing both), but to establish his own autonomy. He’s a man raging at the establishment with all the power of which he’s capable, determined to fight free of the chains of propriety and face the world on his own terms. In one of the show’s most interesting threads he achieves this by drawing others to him — the suggestion being that no man is an island and even the unmoored James Delaney will find himself bound by ties of friendship and the heart.

And, ultimately, that’s why this BBC series is such an exhilarating ride. It looks at the conventions of plot and genre and pretty much discards them in favour of something far stranger. It flings supernatural elements into the mix and hints at Delaney’s dark past, and his long dead mother, but never quite brings these storylines into focus. It’s a programme where, on the one hand, nothing much happens, yet on the other everything does — with a plot that’s both curiously overstuffed and oddly languorous. It’s a drama that pretends to be all about spectacle but which sneaks in big questions in about colonialism, freedom, and the nature of humanity. Like its sullen hero it refuses to play by establishment rules. By throwing the rulebook away, the Hardy’s and Knight have created one of the more unusual and certainly most enjoyable dramas of recent times.